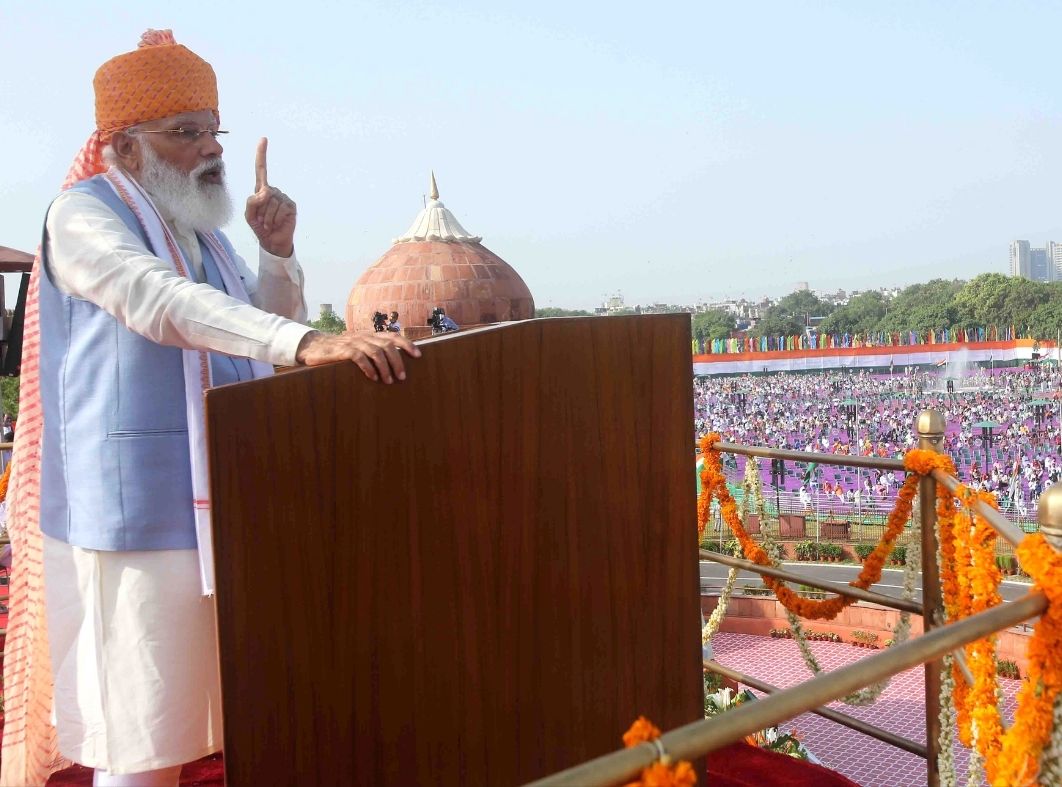 Addressing the nation from the ramparts of the Red Fort in the national capital on the occasion of India’s 75the Independence Day, Prime Minister Narendra Modi on Sunday gave the blueprint for the next 25 years when the country will celebrate 100 years of its Independence.

“Our goal for the 100th year is that together, we make prosperity, good governance, discipline, building an ideal India, an India that keeps pace with the world,” he said in his 88-minute long address to the nation which showcased the achievements of his seven-year-old government. It was his 8th Independence Day address from the Red Fort after taking over as the Prime Minister in 2014.

His address had the theme of transformative India and had something for everybody be it youth, girls, healthcare professionals, armed forces, farmers, sportspersons, or bureaucrats. He added “Sabka Prayas” to his slogan of “Sabka Saath, Sabka Vikas, Sabka Vishwas” for the achievement of all goals.

He referred to a number of issues facing the nation and batted for bringing prosperity to small farmers, announced a new e-commerce platform for the products made by women self-help groups in villages, and made the big-ticket announcement of launching a 100 trillion rupee national infrastructure plan that will come handy in the generation of jobs and boost the economy. The programme will be named “Gati Shakti” and help promote the productivity of industries and also help in manufacturing world-class products.

Showcasing the achievements of his government over the last seven years, he touched upon climate change, energy independence, infrastructure development, connectivity to the North-East, and batted for equal opportunities for girls, and announced the opening of Sainik Schools for them as well. Ease of living, ease of doing business, and doing away with cumbersome, outdated laws and procedures is a work in progress, he said.

Other key take-away points from the Prime Minister’s address:-