Fact Check: These Images Do NOT Show US Army Arriving In Myanmar; Here’s The Truth | Newsmobile
Saturday, January 28, 2023

Home NM FACT CHECKER Fact Check: These Images Do NOT Show US Army Arriving In Myanmar;... 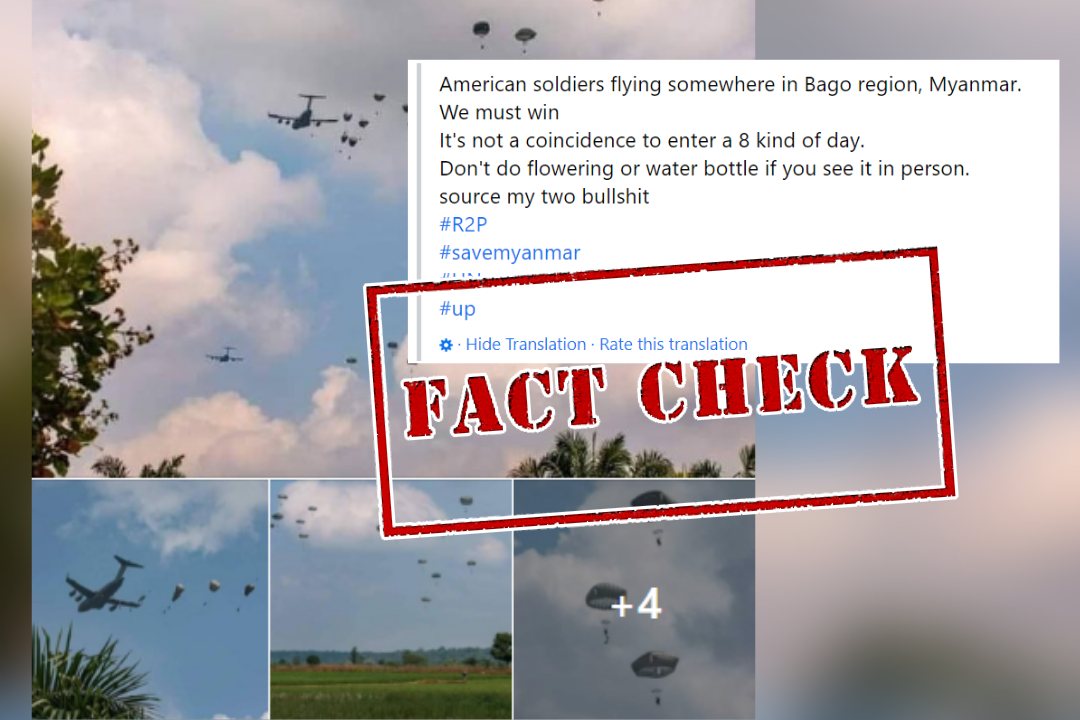 A few images are being shared on social media claiming that they show the US Army arriving in Myanmar. In these images, aeroplanes in the air and soldiers getting down from planes with parachutes, can be seen.

The images are being shared on Facebook with a caption in Burmese which translates to, “American soldiers flying somewhere in Bago region, Myanmar. We must win. It’s not a coincidence that it came in on a day like today.” 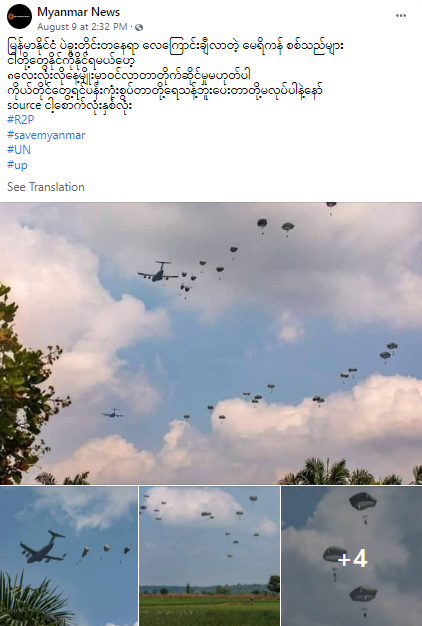 We checked all the images individually and found the following:

Doing a Reverse Image Search, we found this image published on the official Facebook page belonging to the US Army. The post was uploaded on August 5, 2021, with a caption that reads, “The Falcons continue to support U.S. Army Pacific exercise #GarudaShield2021. Over 500 82nd Airborne Division Paratroopers alongside their Indonesian Army Partners jumped into Indonesia.”

Searching further about the “Garuda Shield”, we came across a news article that stated, “Over a thousand U.S. Armed Forces waited in anticipation to start operations with their Tentara Nasional Indonesia Angkatan Darat (Indonesian National Army) counterparts during the Garuda Shield opening ceremony on August 4, 2021.”

A simple Reverse Image Search directed us to another Facebook post uploaded by the US Army that carried the viral images. The caption of the post reads, “As #GarudaShield continues, Paratroopers from 2nd Brigade Combat Team, 82nd Airborne Division flew from Guam to Indonesia, rigged in-flight and jumped in with Indonesian Paratroopers.” The post was uploaded on August 5, 2021.

Below is the comparison of the viral images and the original images.

We were able to trace the last two images on a Facebook page related to the US Army. The post was uploaded on August 7, 2021, with a caption that reads, “U.S. Army Soldiers with the 82nd Airborne Division conducted a joint forcible entry operation alongside Indonesian Army paratroopers at Batu Raja Training Area, Indonesia, during exercise #GarudaShield2021. Garuda Shield 21 is a two-week joint exercise between the United States Army and Tentara Nasional Indonesia (TNI-AD Indonesia Armed Forces). The purpose of this joint exercise is to enhance and enrich the jungle warfare ability of both the U.S. Army and the Indonesian Army.”

Below is the comparison of the viral images and the original images. 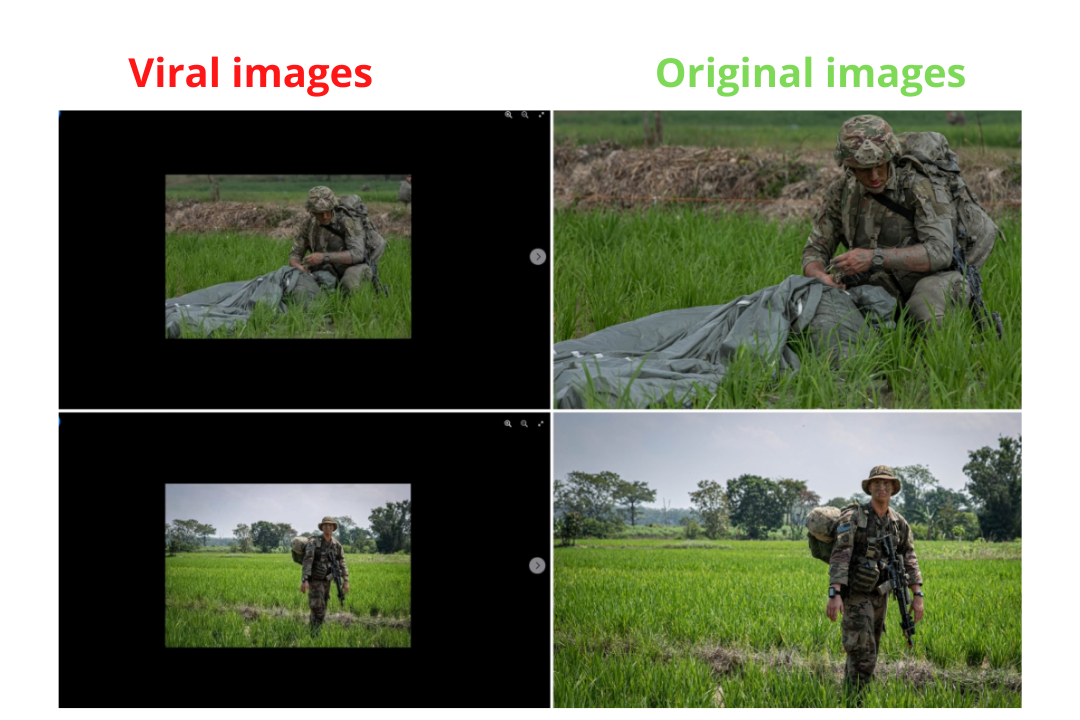 According to many media reports, the Garuda Shield exercise is the biggest US-Indonesian joint military training held from August 1 to August 14, 2021.

Moreover, we did a keyword search but could not find any credible media reports stating that US troops have recently arrived in Myanmar.

Thus, it is evident from the above information that images showing a joining military training of the US and Indonesian Army is being shared as US Army arriving in Myanmar. Thus, the viral claim is misleading.