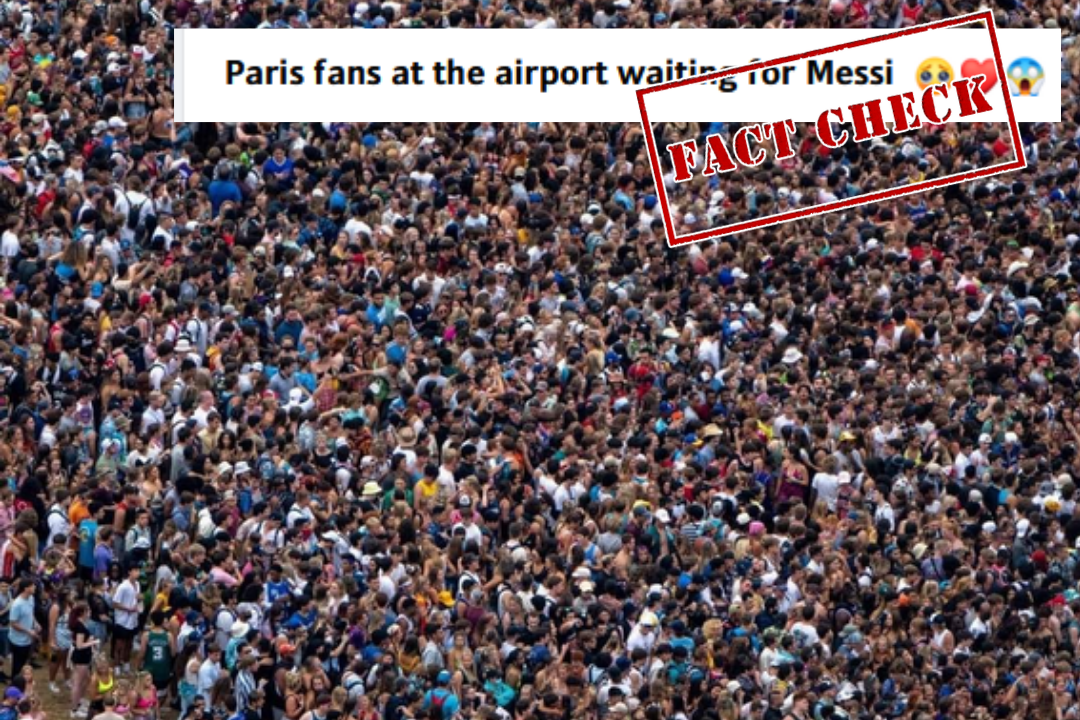 As ace footballer Lionel Messi arrived in Paris to finalise his new professional engagement with Paris Saint-Germain (PSG) club on August 10, videos and pictures of a massive crowd started doing rounds on social media claiming that fans were waiting for Messi at the airport.

The post is being shared with the caption that reads, “Paris fans at airport waiting for Messi” 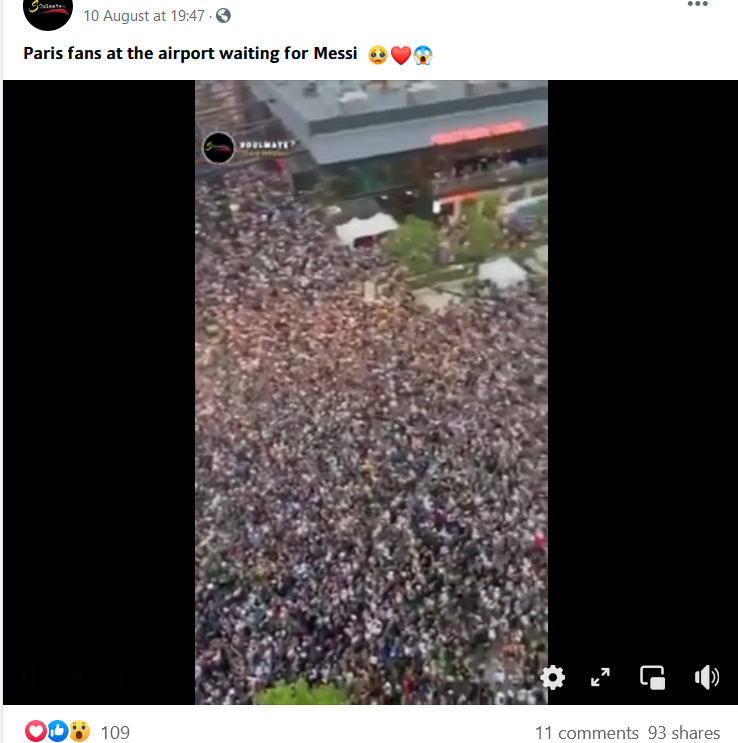 We found that a picture of a crowd was also being shared with a similar claim. 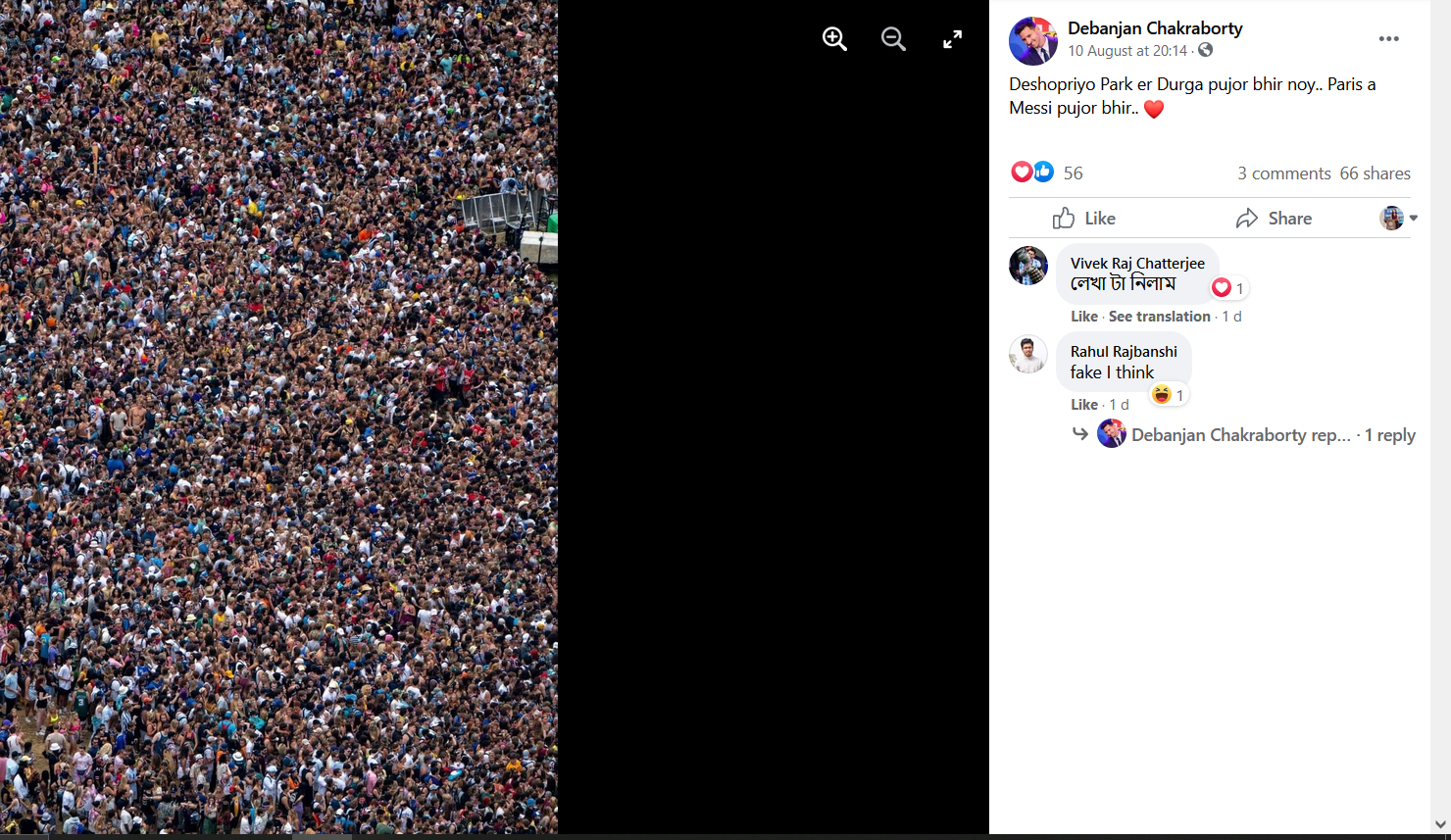 With the help of the InVid tool, we extracted keyframes of the video and did a Google Reverse Image search. We found that a picture of the same crowd was published in a report by the Associated Press dated August 4, 2021. The headline of the report read, “COVID-19 cases could be linked to Bucks’ championship run.’ 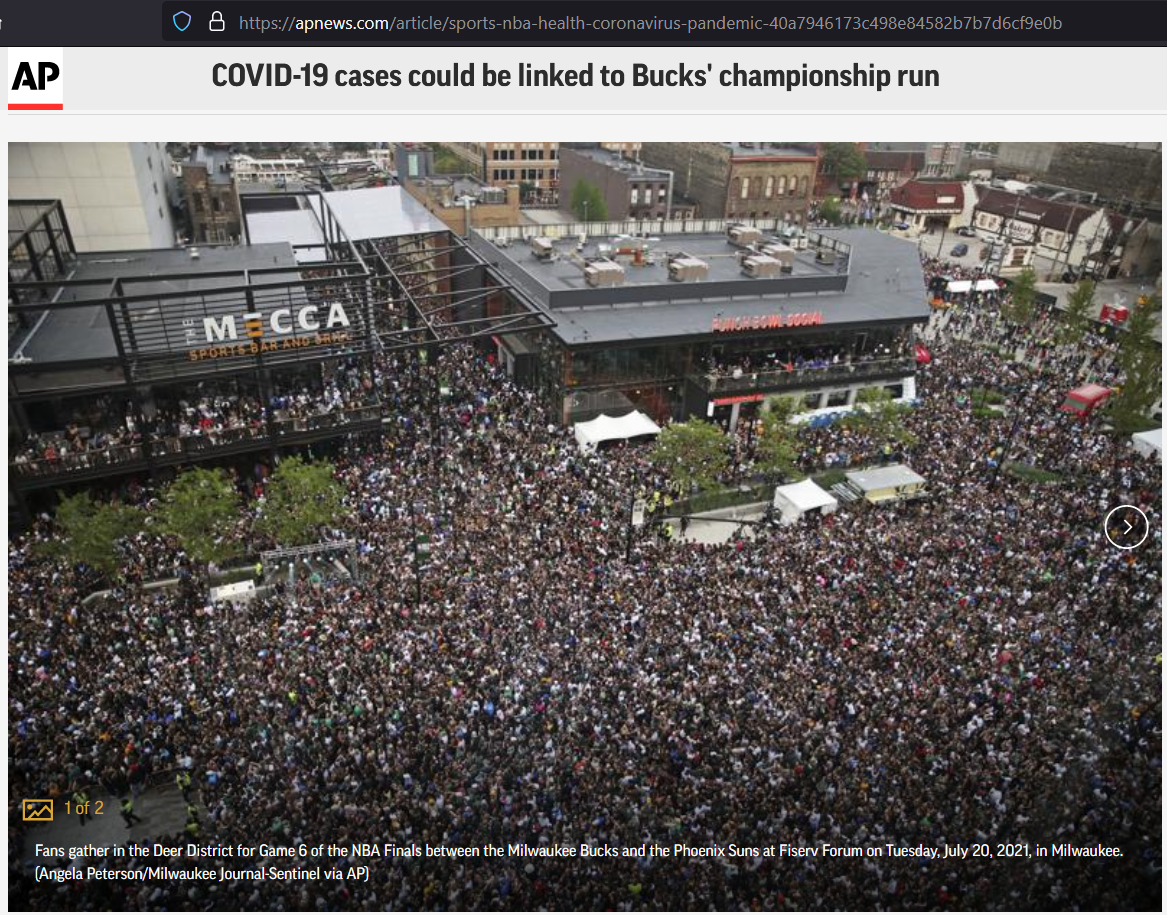 “Fans gather in the Deer District for Game 6 of the NBA Finals between the Milwaukee Bucks and the Phoenix Suns at Fiserv Forum on Tuesday, July 20, 2021, in Milwaukee”, the description of the video read.

The proves that the video is from the United States and not Paris.

On doing a Google Reverse Image search, we found that the same image was published in a tweet by a New York magazine, XXL Magazine, on August 2, 2021. “Lollapalooza 2021”, the tweet read.

Lollapalooza is an annual four-day music festival held in Grant Park in Chicago, Illinois. This year, the event was from July 29 to August 1, 2021.

The picture was credited to the photographer, Colin Hinkle.

We also found the picture in a report by Business Insider dated August 3, 2021. “A photo showing the mostly maskless crowd at Lollapalooza 2021 is being compared to Where’s Waldo”, the headline read. 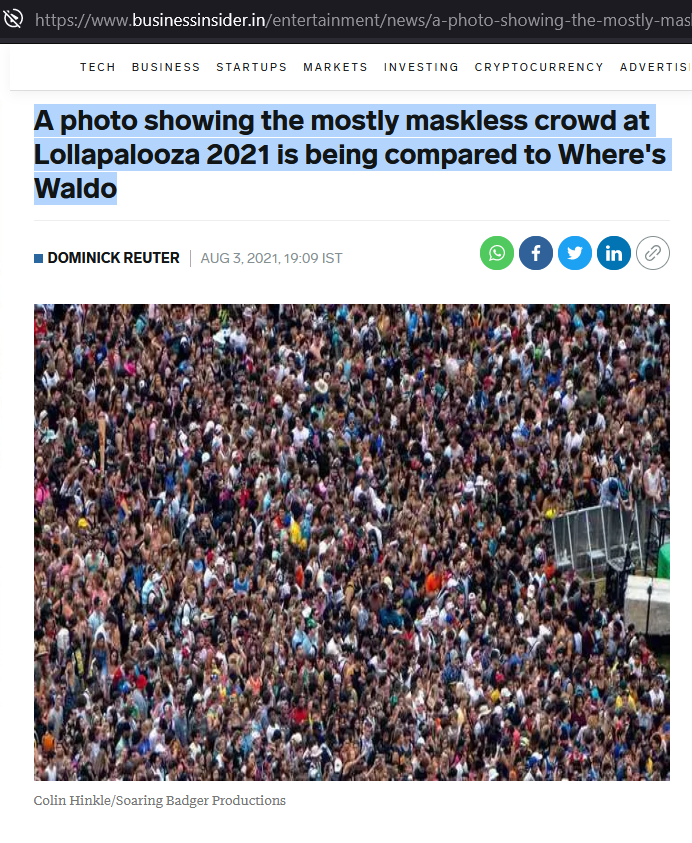 Business Insider interviewed the photographer Colin Hinkle who confirmed that the picture was taken by him during the 2021 Lollapalooza Festival.

Lastly, we found the visuals of Messi’s welcome at the Paris–Le Bourget Airport, however, these visuals are different as compared to the viral posts. 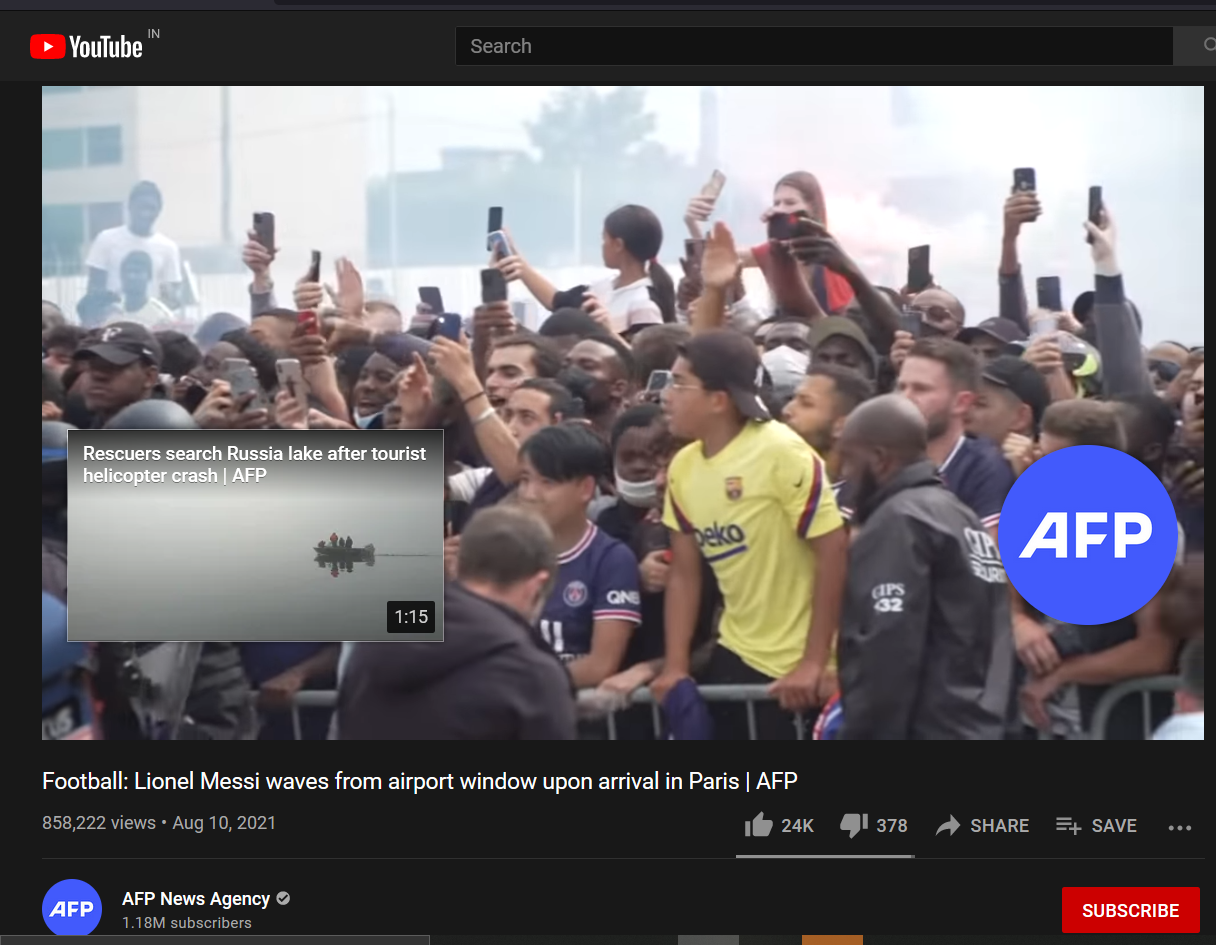 The above information proves that both the posts showing a massive crowd are old and not related to Messi’s welcome in Paris. Hence, the claims are false.