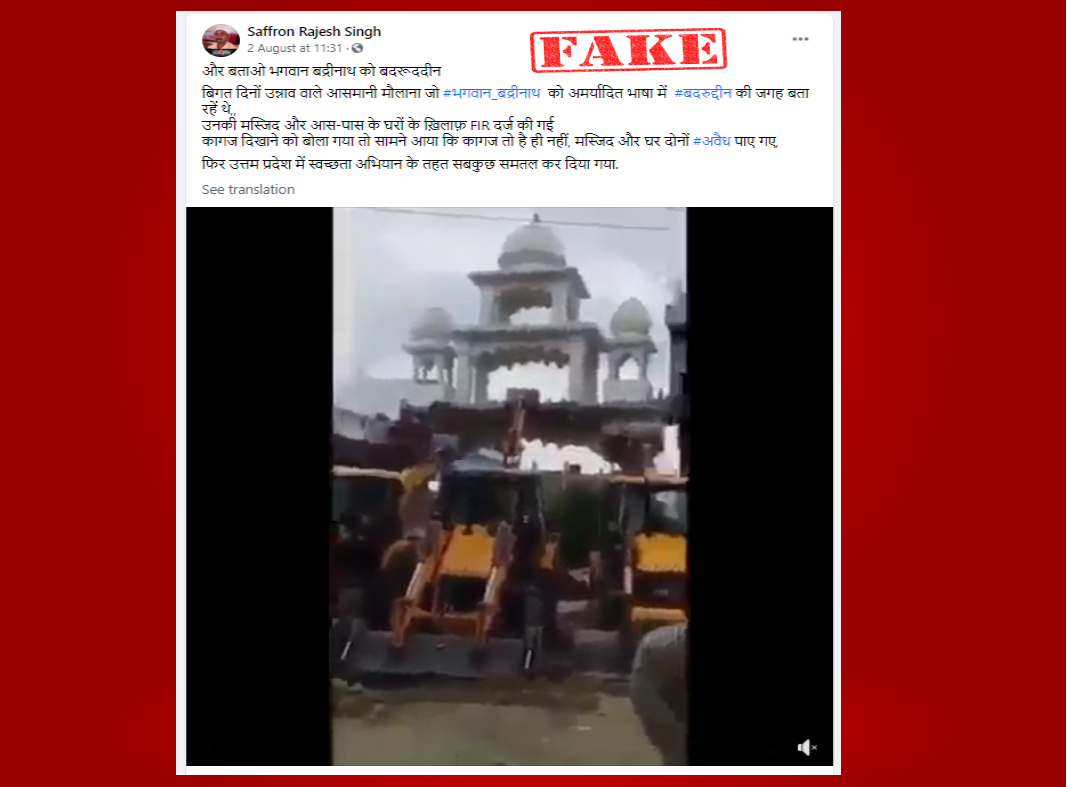 A video of a building demolition has gone viral on social media with a claim that an illegal mosque has been demolished in Unnao.

The video has been shared with the caption, “बद्रीनाथ को मजार बताने वाले मौलाना की मस्जिद अवैध निकली..…”  (English Translation: Maulvi who told Badrinath as Mazar, his mosque has been declared illegal.) 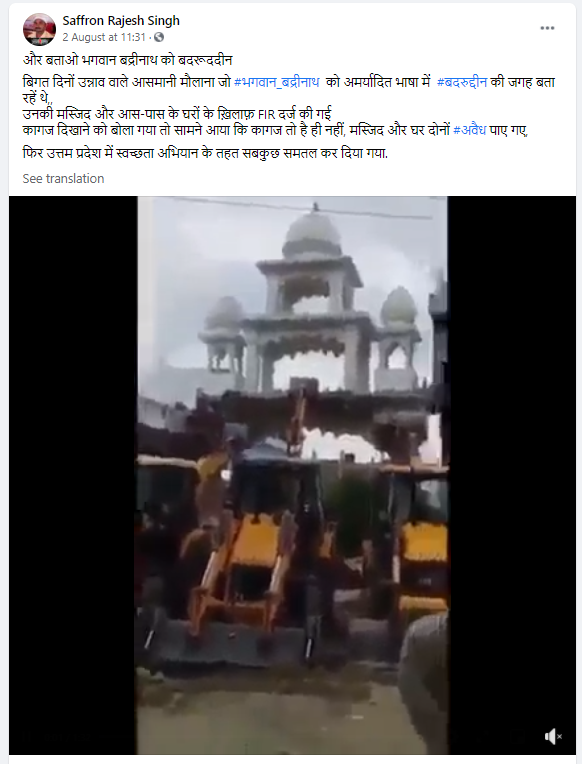 NewsMobile did a fact-check and found the claim to be fake.
On breaking the video into multiple keyframes, we did a Google Reverse Image Search with one of the keyframes. We found that the same video was uploaded by Dr Mahendra Singh, Minister of Jal Shakti, Government of Uttar Pradesh, on July 26, 2021, with a Hindi caption that can be translated to, “Yogi’s bulldozer took big action on the land mafia in Unnao. 2.5 acres of land being freed from land mafia by Jal Shakti Irrigation Department.  Illegal construction done on canal land is being removed. Proceedings going on since 7 am, land worth crores being recovered.”

The same video was also uploaded by the irrigation department of Uttar Pradesh with a caption which translates in English to : “Under the leadership of Honourable Chief Minister Shri Yogi Adityanath Ji and Honorable Jal Shakti Minister Dr Mahendra Singh Irrigation Department in Unnao district have freed 2.5 acres of land from land mafia under the campaign to remove encroachment!”

None of the above tweets mention that it is a mosque, but mentions it as an encroachment.

We also searched with appropriate keywords and found a report was published by Patrika on July 26, 2021, which stated that despite several warnings, 6 people were not leaving the encroached land and hence JCB was used by UP Irrigation Department to remove the encroachment.

NavBharat Times quoted Unnao District Magistrate Ravindra Kumar, who said that illegal constructions were there on the land of the Irrigation Department. A notice was given and an FIR was also registered, following which many people gave up encroachment. This land is very expensive and is near the highway and right now the campaign is being run to remove illegal encroachments.

Hence, we can ascertain that the video of removal of illegal encroachment is being shared with a communal angle.