Fact Check: Video Of Sadhus Thrashed In MP Shared As That Of Delhi | Newsmobile
Sunday, October 2, 2022

Home NM FACT CHECKER Fact Check: Video Of Sadhus Thrashed In MP Shared As That Of... 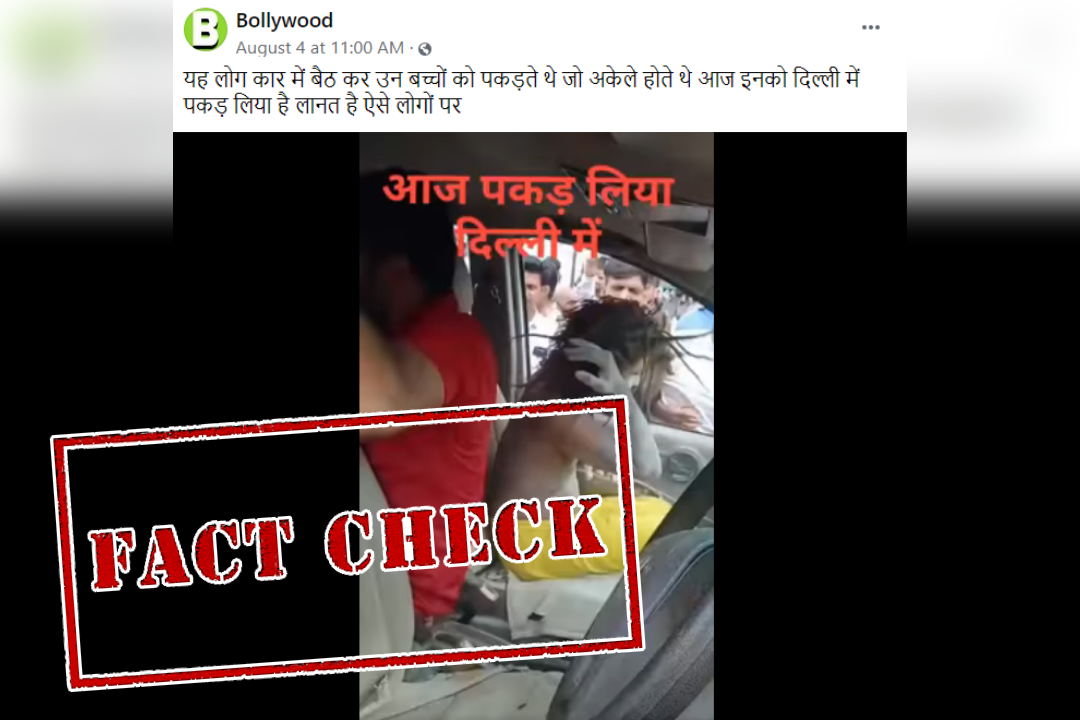 A video of two sadhus in a car being beaten up by a mob is being shared on social media with a claim that they were child thieves who were caught in Delhi. The social media post further claims that the sadhus used to sit in a car and kidnap children who were alone.

The post is being shared o Facebook with a caption in Hindi that translates to, “These people used to sit in the car and catch those children who used to be alone, today they have been caught in Delhi, a curse on such people.” 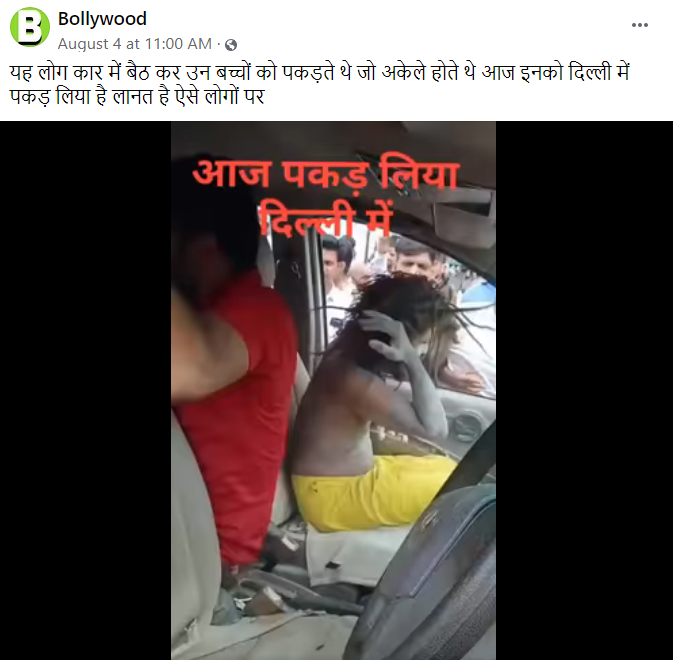 Doing a keyword search, we found glimpses of the viral video in a news article by AajTak published on July 20, 2021, stating that “In Dhannad village of Dhar district of Madhya Pradesh, people thrashed two sadhus in a car due to fear of child theft. It has been told in the report that two sadhus in the car were asking the children the way. Seeing the sadhus, the children got scared, so people thrashed them considering them as child thieves. After the assault, they were handed over to the Pithampur police.” 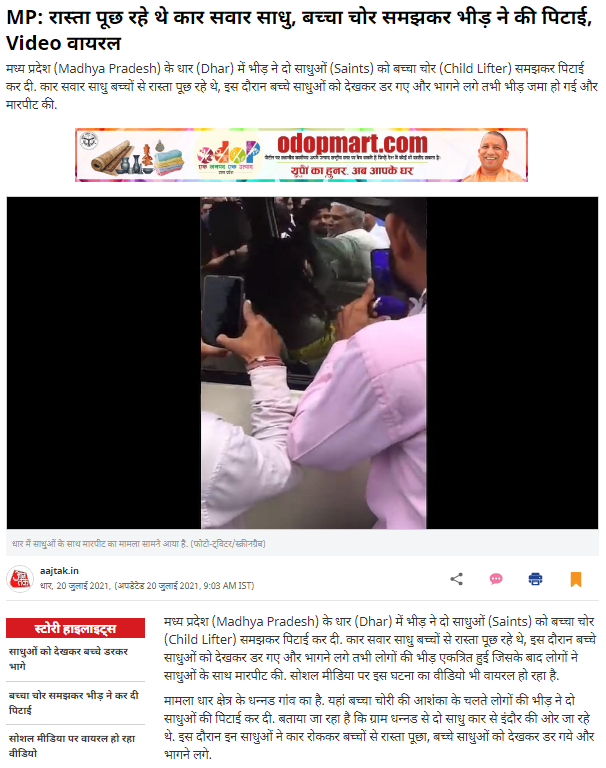 Another news report carried the viral video stating that “Both the sadhus were going to Indore via Pithampur. When they lost their way, they stopped the car to ask the children the way. One sadhu is from Madhya Pradesh while the other is from Rajasthan. In the case of assault on sadhus, the local police have registered an FIR against 15 people.” Check another related news report here. 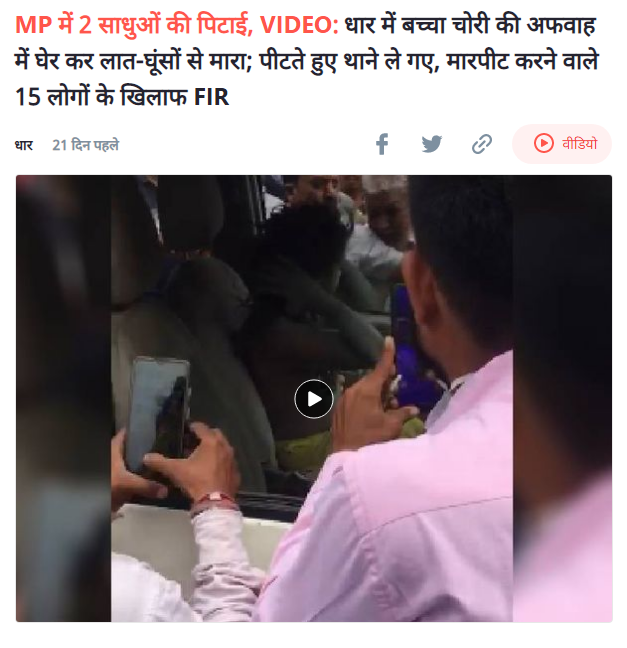 We found another news video report published on July 22, 2021, that carried the same viral video stating that “DHAR – Sadhus in the car was asking directions, mob thrashed them thinking they were child thieves, see the video.”

Thus, it is evident from the above information that a video of sadhus being beaten on suspicion of child theft is being falsely linked to Delhi. Therefore, the viral claim is misleading.