Fact Check: 2009 Picture Of Boy Rescuing A Puppy In Vietnam Shared As That Of Maharashtra | Newsmobile
Thursday, August 18, 2022 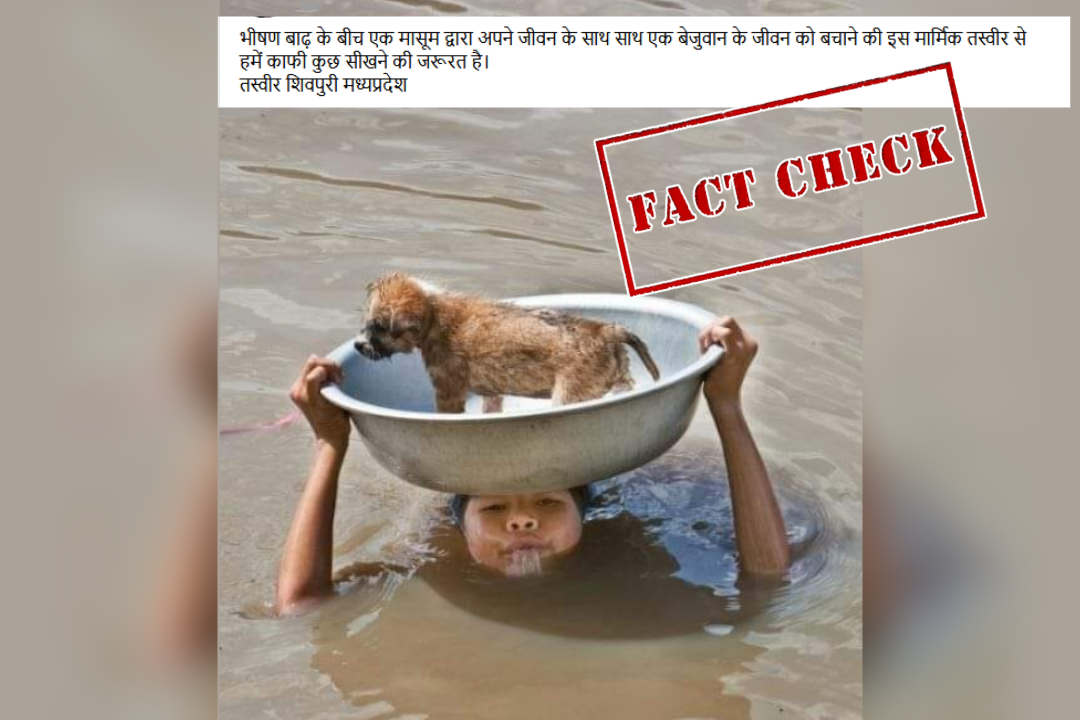 A picture of a boy holding a puppy in an utensil over his head while he himself is neck-deep in water is being shared on social media with a claim that it was taken during the recent floods in Shivpuri, Maharashtra.

(English translation: We need to learn a lot from this picture of an innocent boy saving his life as well as the life of a voiceless animal amidst severe floods. Picture Shivpuri Madhya Pradesh) 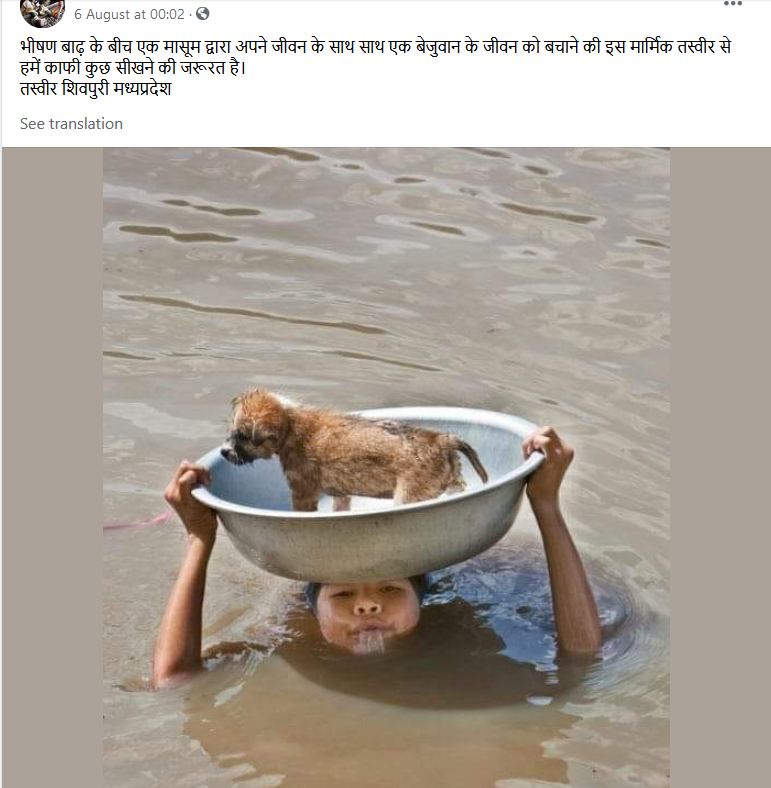 A simple Reverse Image Search on the picture led us to a post on a photo-sharing website, Flickr dated November 28, 2009, carrying the same image. “Status of environment in Bac Lieu Province, Vietnam”, the description of the picture read. 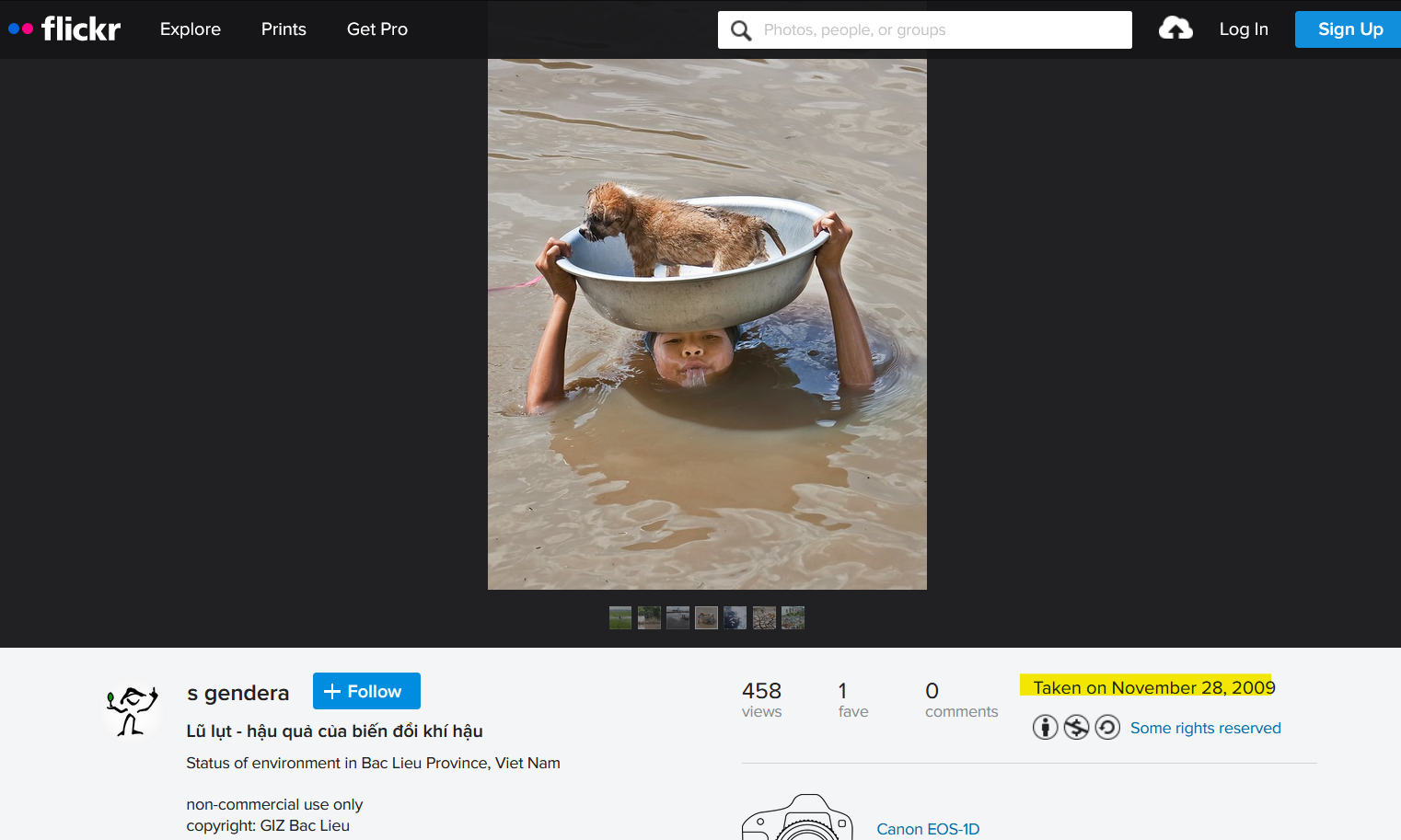 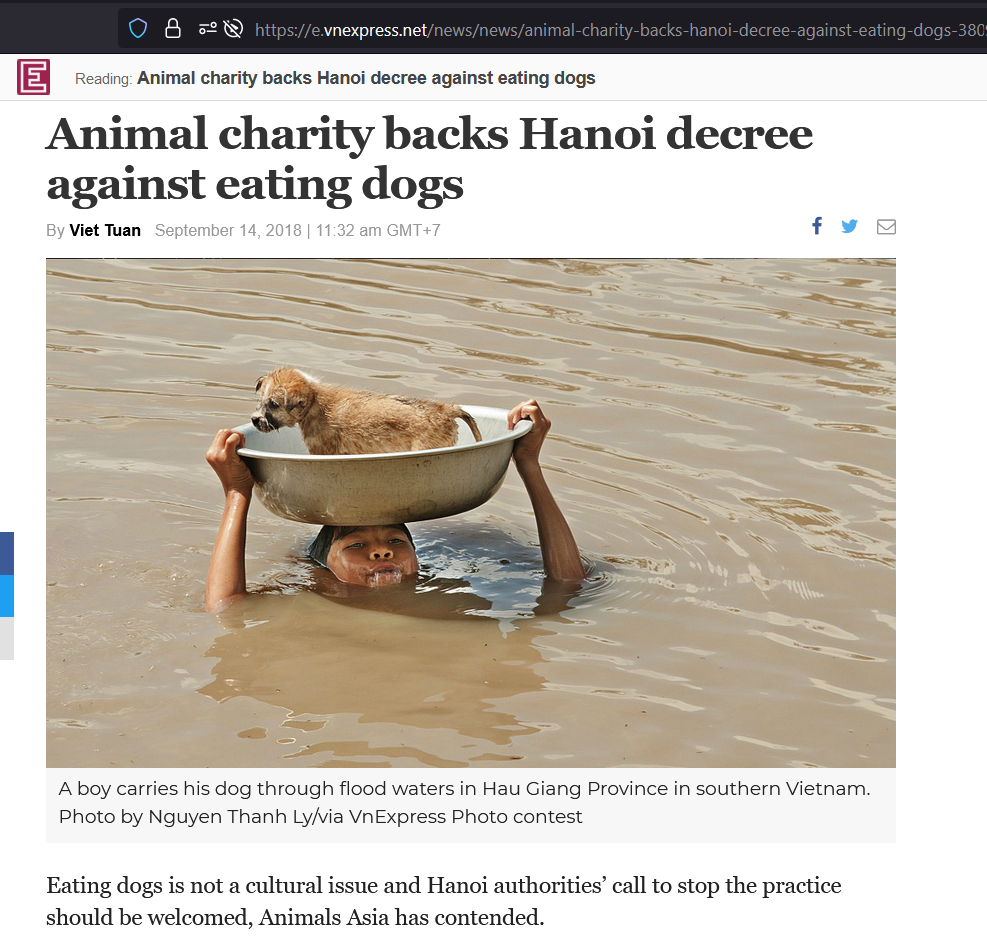 The image is also present in VN Express’ photo gallery. The photographer, Luy, mentioned that this photo was taken during his journey to Hau Giang province. Near Phung Hiep market, he saw a boy swimming in the flood, with a dog and a basin on his head and clicked this picture.
He also stated that people have downloaded this photo and shared it with different locations. 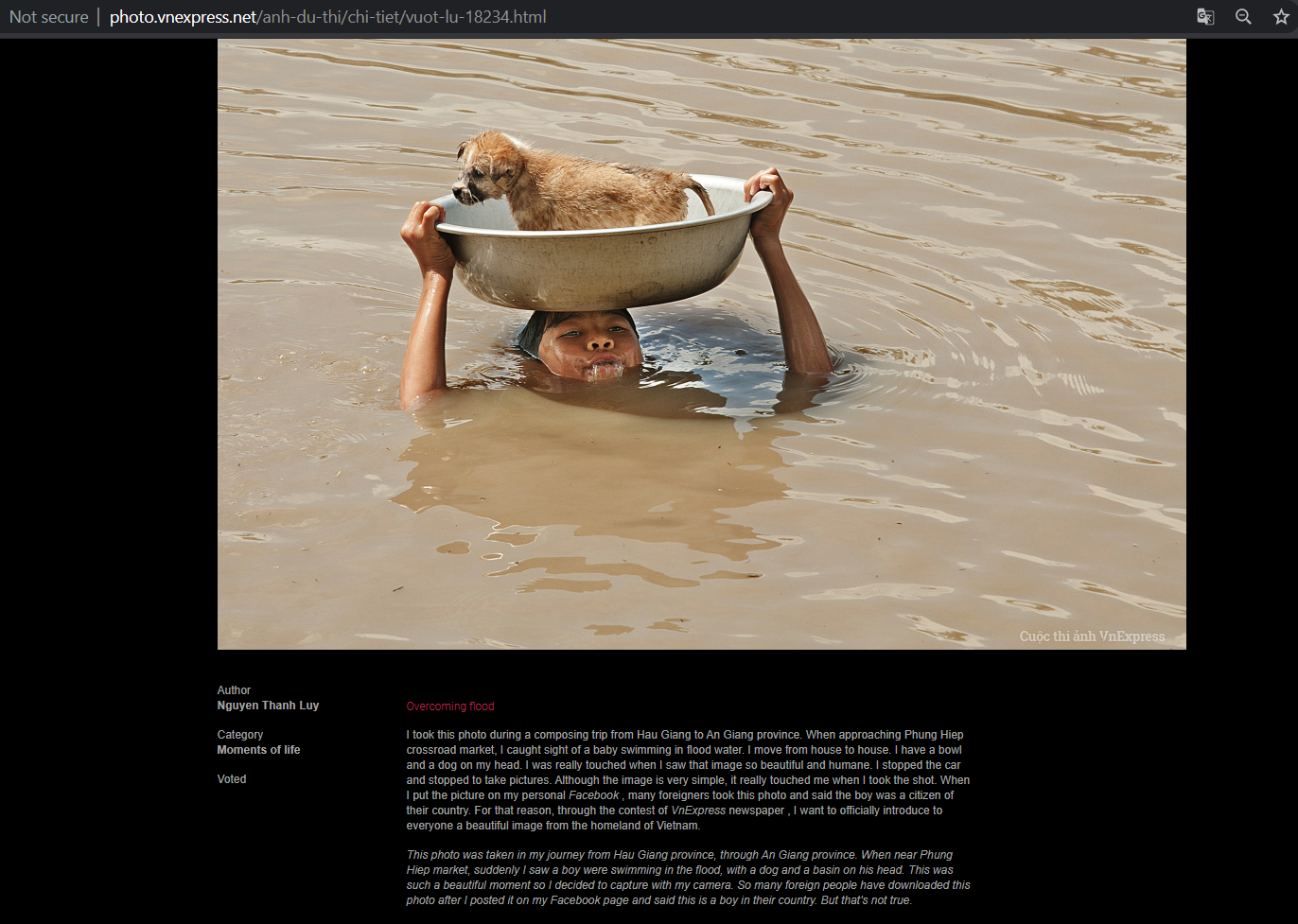 On looking through his social media accounts we found the edited version of the picture on Flickr. The post was published in November 2009, while the location was tagged as Vị Thanh, Hau Giang, Vietnam. The EXIF data of the picture can be seen here. 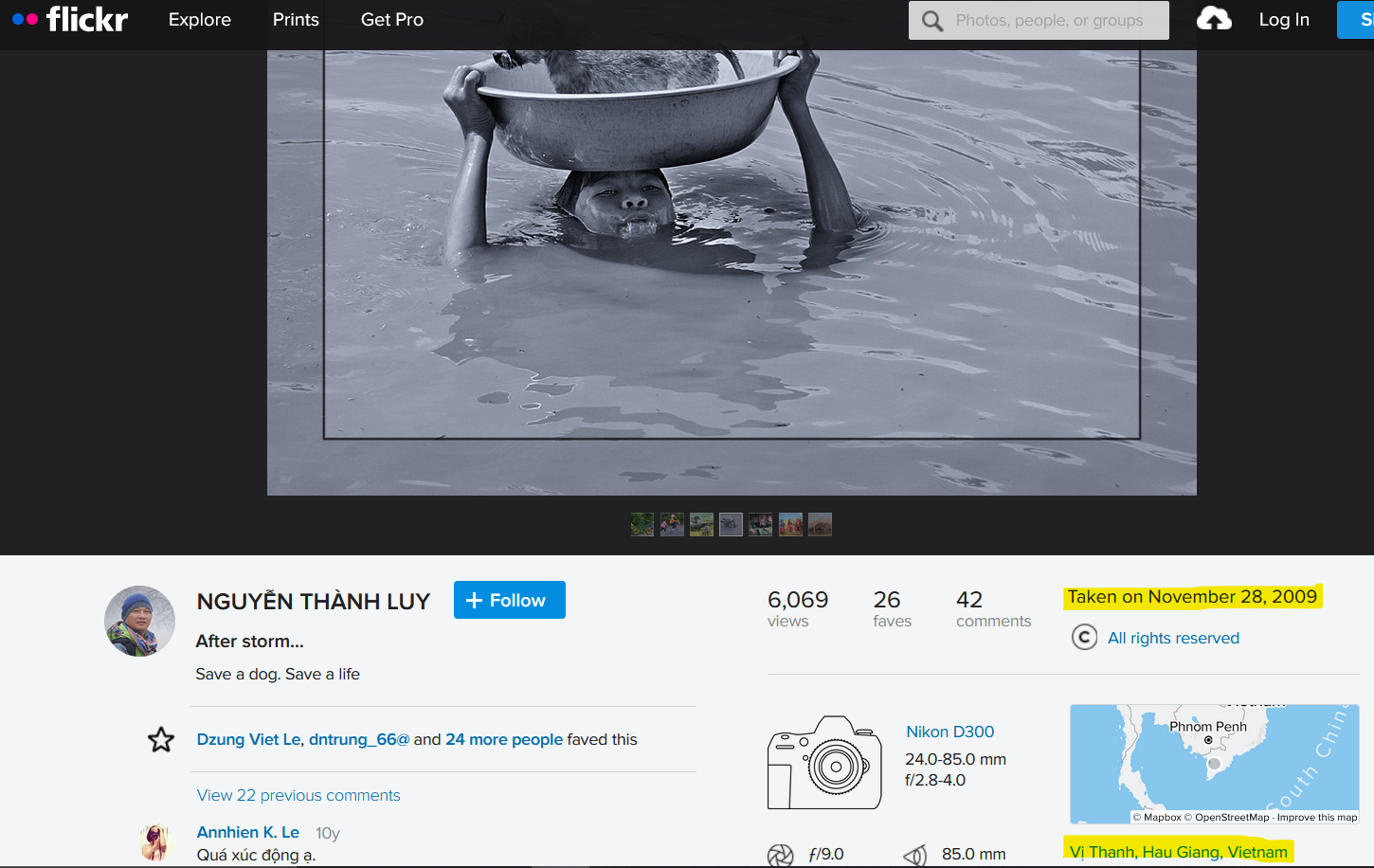 Hence, the above post proves that the picture is not from Maharashtra but was taken in Vietnam in 2009.