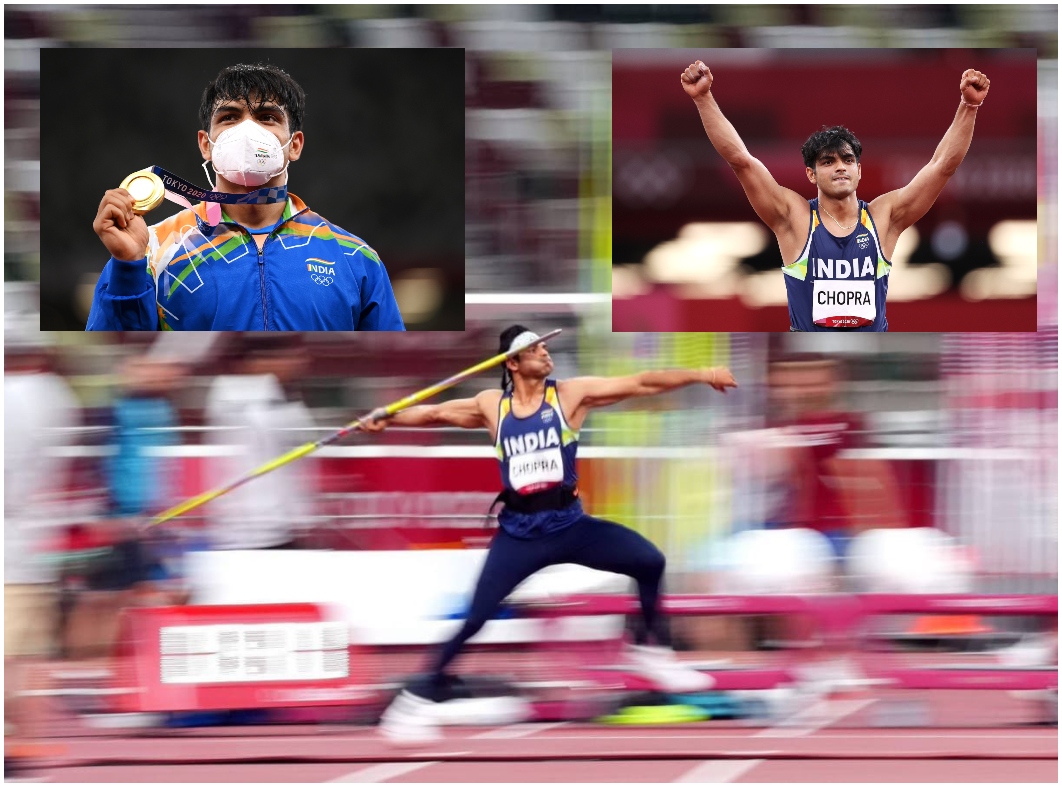 India’s Golden Boy Neeraj Chopra is shy yet brimming with confidence. The Olympic Gold Medal winner has made 1.3 billion Indians proud of his achievement.

He created history in Tokyo Olympics 2020 as he became the first Indian to win a gold in a track and field event at the Olympics.

He threw a distance of 87.58m to pick the gold at the Tokyo Olympics and become the second athlete after Abhinav Bindra to win an individual Olympic gold.

In an Exclusive interview with NewsMobile Founder and Editor in Chief Saurabh Shukla, he spoke about his inspiration, the night before the big event and why he is a proud army man.

The Panipat boy also opened up about his personal life. Here are some excerpts from the interview:

Jan Zelezny of the Czech Republic holds the current world record (with the redesigned javelin) of 98.48 metres. Four-time Olympic medallist Zelezny achieved the milestone in 1996.

“Had difficulty sleeping…I understood it was going to be the most important event of my sports career, but, sleep was also important”. Neeraj commented when asked how was the night before the big event.

He also said that it was his dream and it came true. “I won the Olympics medal in Tokyo but my family and countrymen were celebrating in India”, Neeraj Chopra said.

“I never thought of becoming an Olympics medallist while I was young. I never thought of sports in school. But eventually, everything fell in place”, he said. “I saw my seniors playing and then I started training myself for it”, the Olympia gold medallist said.

Currently, he serves as Junior Commissioned Officer in the Indian Army.

“The Indian Army has always impacted and supported my training over the years”, Neeraj Chopra said.

“Keep believing in yourself. Listen to your seniors and you will succeed”, Neeraj’s message to the youth.

“Depends on my mood. I watch movies and go out sometimes…to shop”, apart from Javelin, these are the other things Neeraj loves to do when he relaxes.

Commenting on marriage and proposals regarding the same, Neeraj said: “Not as of now! I’m just focusing on my game.”