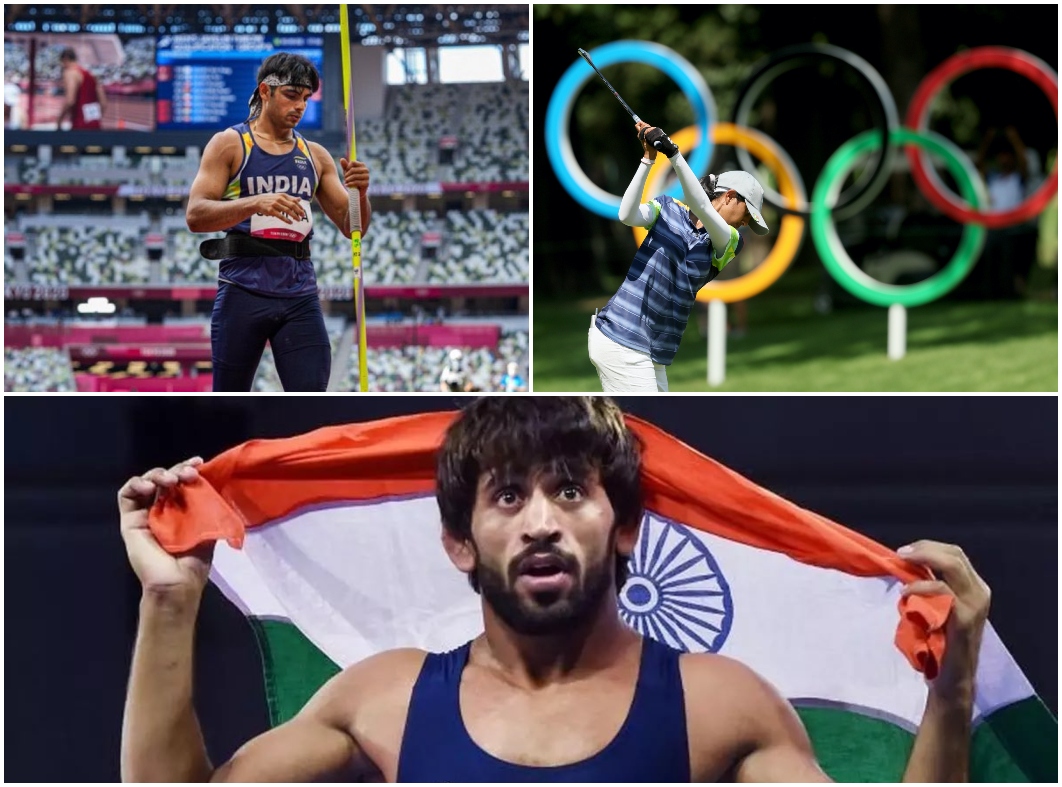 In the latest, Indian javelin thrower Neeraj Chopra created history on Saturday as he became the first from the country to win a gold in track and field in the Olympics. He threw a distance of 87.58m to pick the gold at the ongoing Tokyo Olympics. 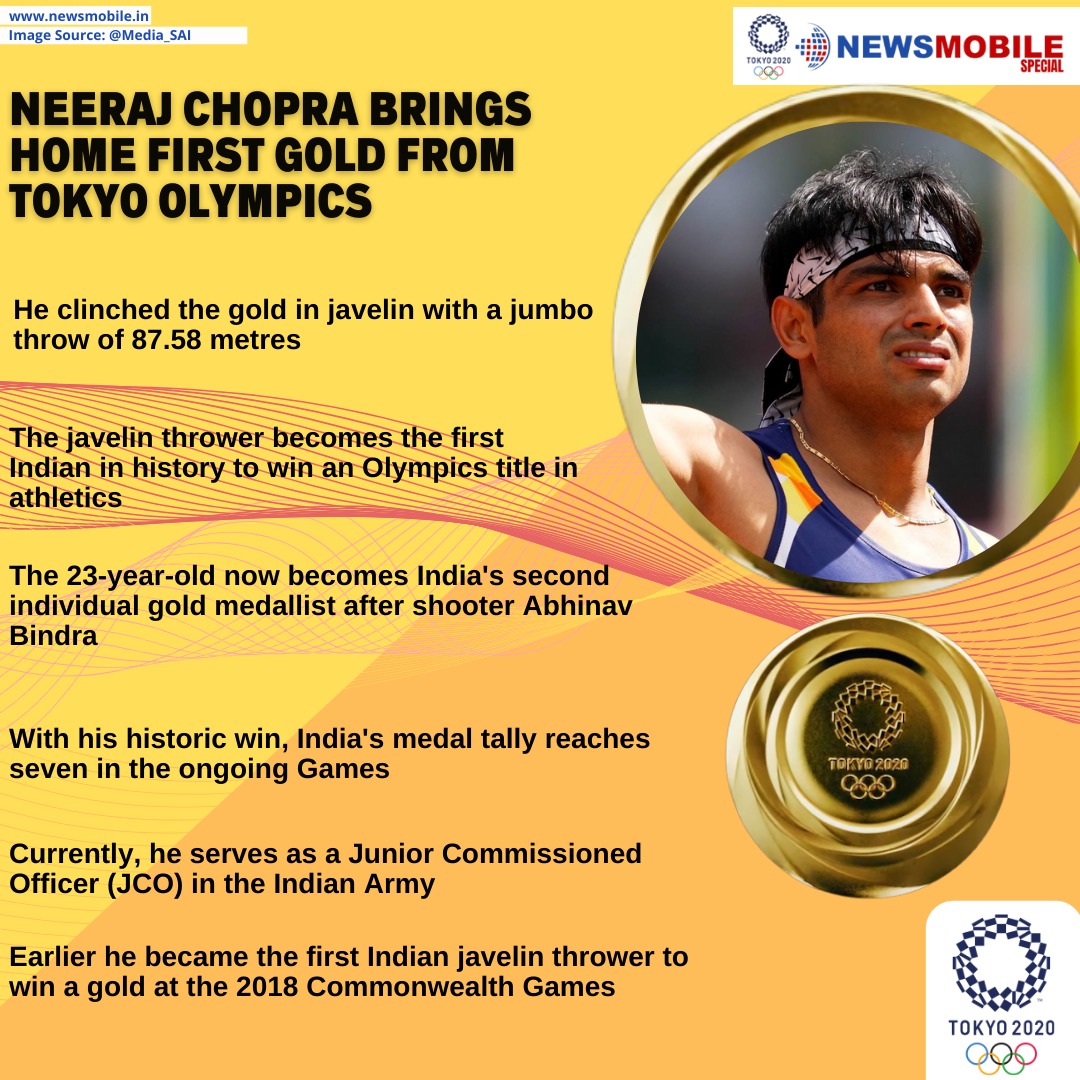 Grappler Bajrang Punia won a bronze medal in the men’s freestyle 65kg category in the ongoing Tokyo Olympics after defeating Kazakhstan’s Daulet Niyazbekov here at the Makuhari Messe Hall A Mat B on Saturday.

Meanwhile, Golfer Aditi Ashok narrowly missed out on an Olympic medal after finishing a brilliant 4th in the women’s individual stroke play at the Tokyo Olympics on Saturday.

The 23-year-old rolled in five birdies to be placed a famous fourth on fifteen-under 201 ahead of Australia’s Hannah Green and Denmark’s Pedersen who tied for fifth. 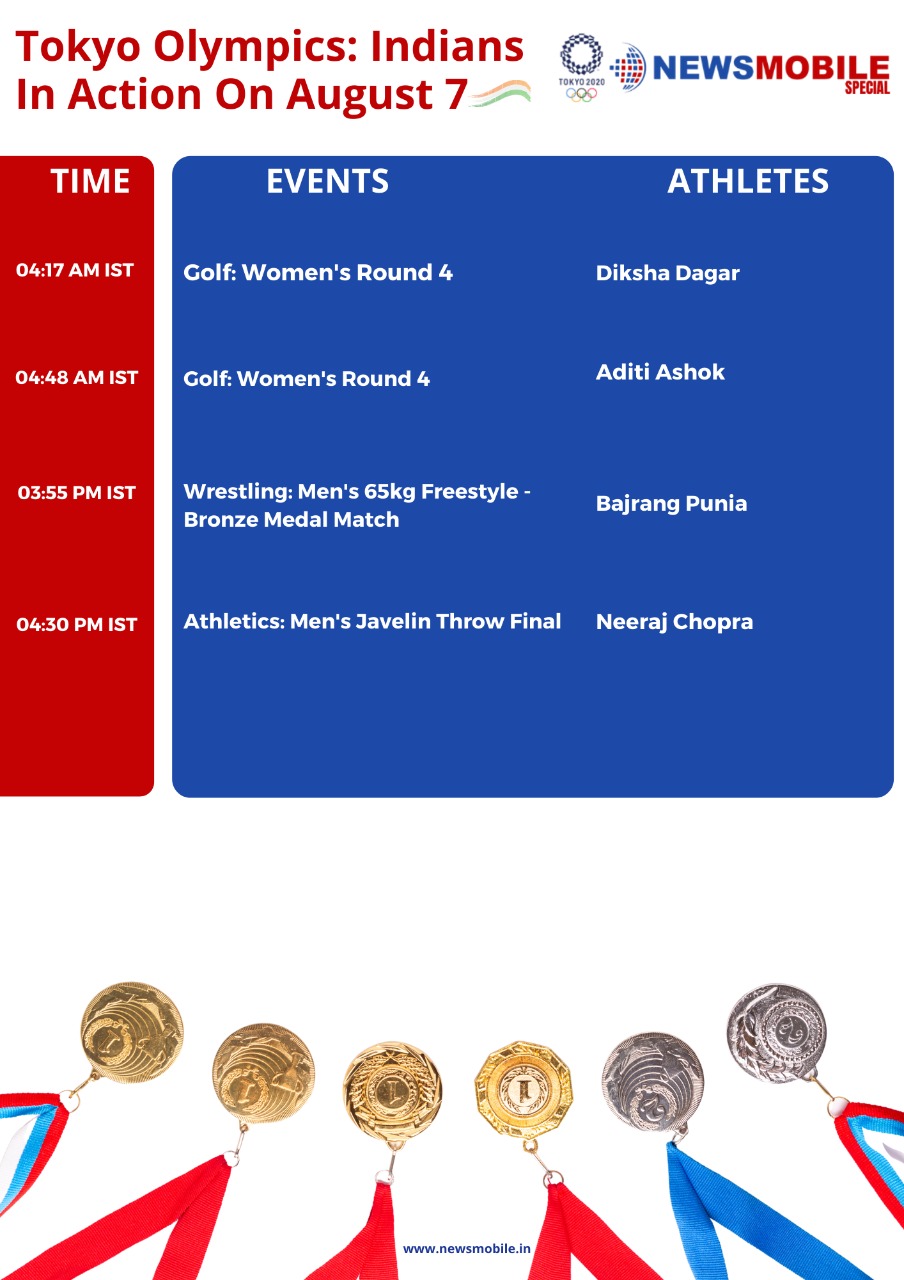 On Friday, Indian wrestler Bajrang Punia faced a crushing defeat in the semifinals of the Tokyo Olympics at the hands of Haji Aliyev of Azerbaijan in the men’s freestyle 65kg event on Friday. Aliyev defeated Bajrang 12-5 as the former dominated proceedings from the word go. The Indian grappler will now play the bronze medal match on Saturday.

Earlier today, India’s Gurpreet Singh dropped out of the men’s 50km race walk event after competing for around 35Km as he was cramping due to the gruelling heat and humidity.

Indian wrestler Ravi Dahiya on Thursday settled for silver after going down against the Russian Olympic Committee’s (ROC) Zavur Uguev in the men’s 57 kg freestyle category at the Tokyo Olympics. 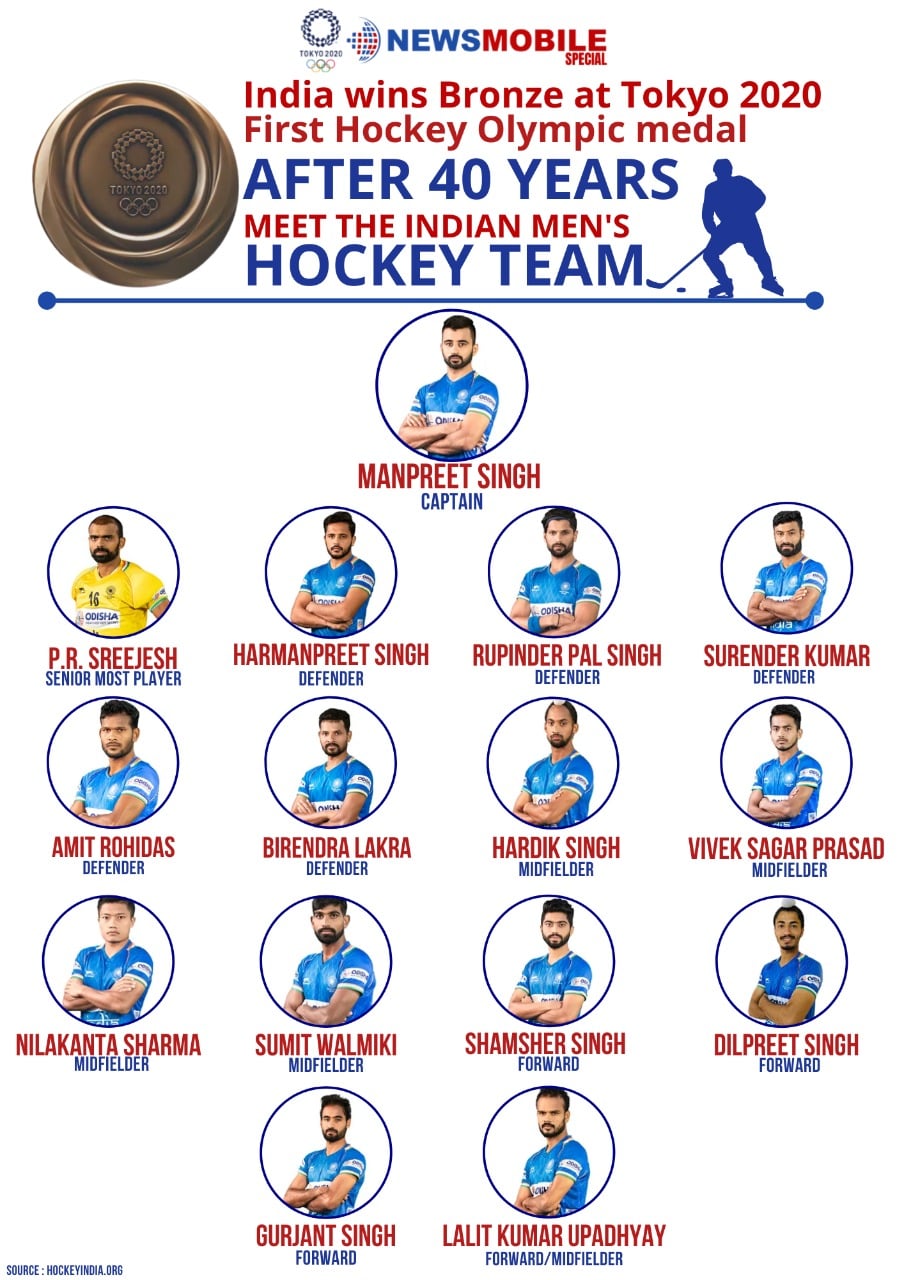 Before this podium finish for bronze, India last climbed up the Olympic podium in 1980, when it won its 8th gold at the Games. 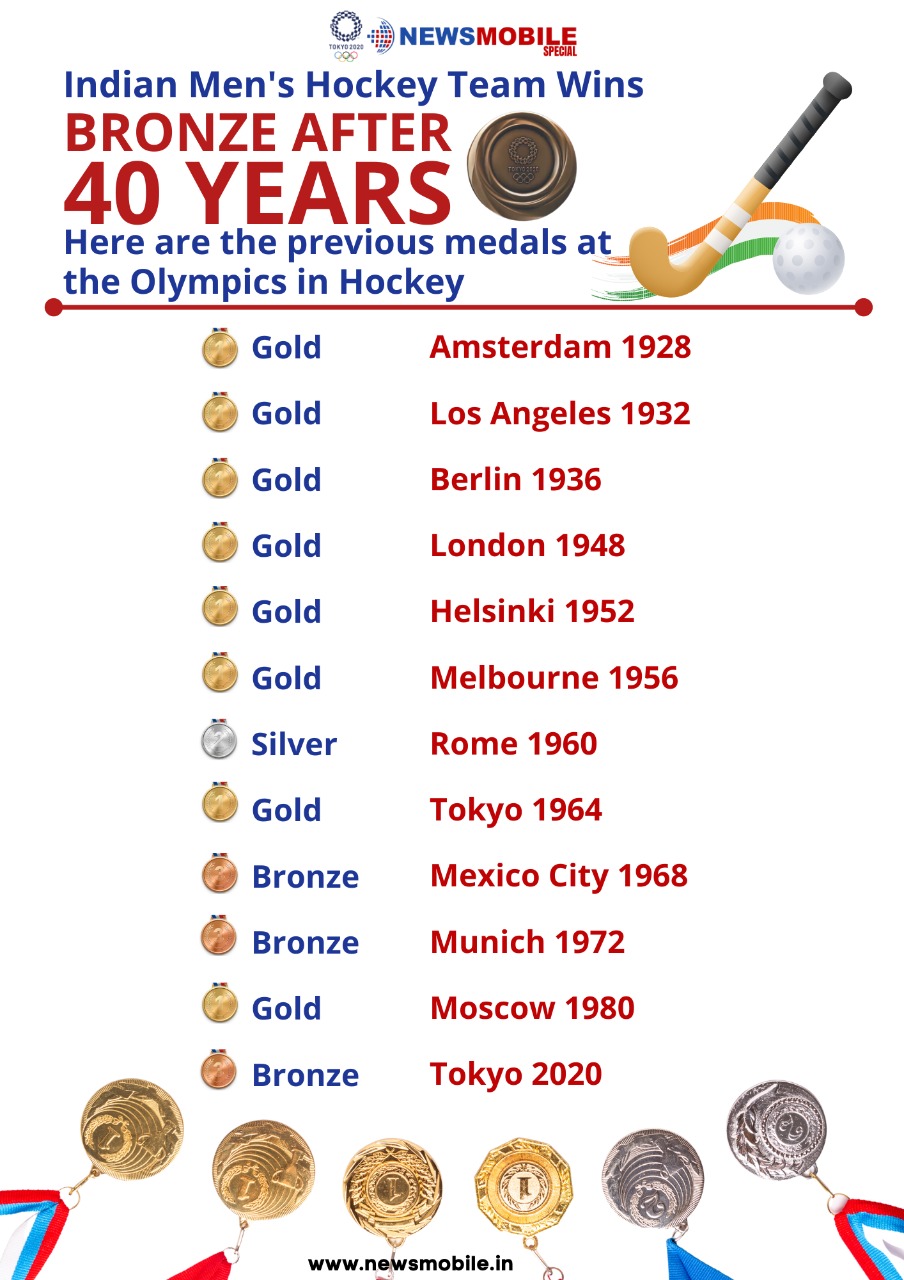 Indian Prime Minister says: Indian men’s hockey team “have captured the imagination of the entire nation, especially our youth” Historic! A day that will be etched in the memory of every Indian.

Congratulations to Indian Men’s Hockey Team! This is a big moment- the whole country is proud of your achievement.

Forget 1983, 2007 or 2011, this medal in Hockey is bigger than any World Cup! #IndianHockeyMyPride 🇮🇳 pic.twitter.com/UZjfPwFHJJ

Congratulations Team India on rewriting history! An Olympic medal after 41 years! What a match, what a comeback! #Tokyo2020 pic.twitter.com/3mdym3Cupa

A moment of immense pride and joy for every Indian that our Men’s Hockey Team has won the Bronze Medal at #Tokyo2020. You have made the entire nation proud. pic.twitter.com/Nl9LIujhVR

We won !!!!
What a great victory
Kudos to our team.
Bronze medal to our Indian Men's hockey team#Hockey #IndiaAtTokyo2020
#IndvsGer @TheHockeyIndia

Heartiest Congratulations to the Indian Hockey team for winning the Bronze medal in a keenly fought contest against Germany! The team displayed excellent professionalism and the entire nation is proud of their achievement. @TheHockeyIndia #Hockey #Tokyo2020 pic.twitter.com/Xoshs6G13T

Wow!! Indian Men’s Hockey Team Congratulations. Resilience and skill at its peak. What an exciting match.

Brilliant in Blue 👏
Congratulations Indian Men’s #Hockey Team on the spectacular victory to give us an Olympic medal after 41 long years. This historic win at #Tokyo2020 will inspire generation of sportspersons. All the very best for future. #Cheer4India @thehockeyindia

The 32nd edition of the Olympic Games is underway and will continue until August 8, 2021. Twenty-six members from the Indian contingent, including six officials, attended the opening ceremony of the Tokyo 2020 Olympics in view of the COVID-19 concerns in the Japanese capital.