Home NM FACT CHECKER Fact Check: Viral Video Of Crocodile Attacking A Lady Is NOT From... 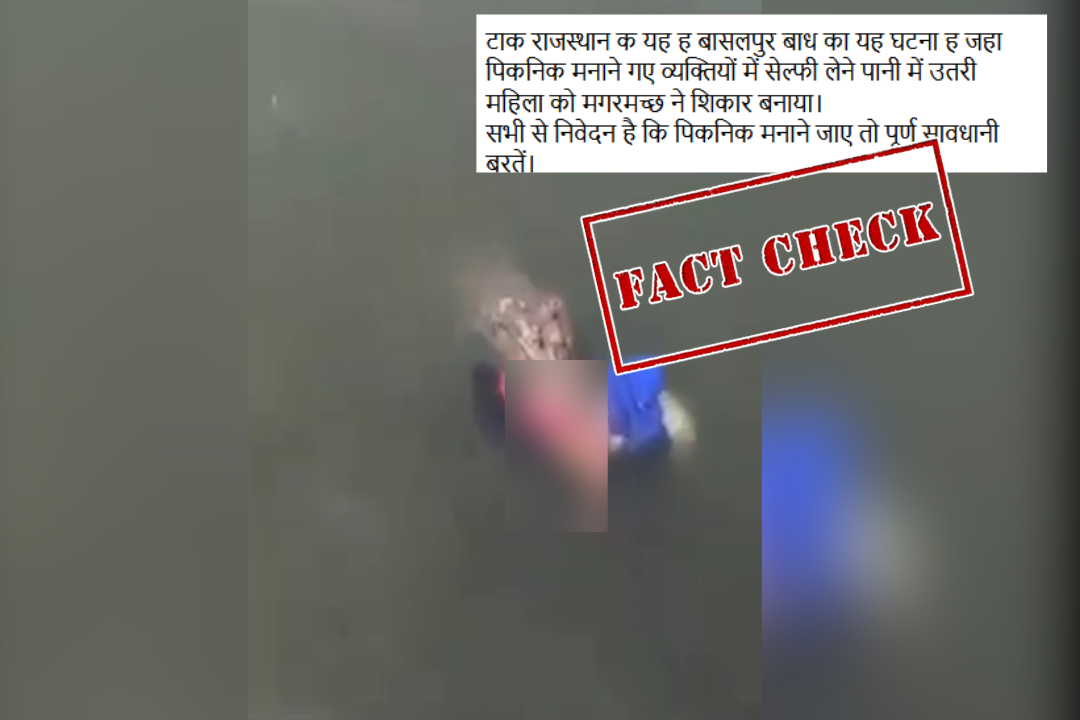 A video of a crocodile attacking a woman in a river is being shared on social media with a claim that the video is from Tonk in Rajasthan.

(Translation in English: This incident is from of Bisalpur dam in Tonk, Rajasthan, where a crocodile preyed on a woman who had got down into the water to take a selfie with others she went on a picnic with. Everyone is requested to take full care if you go for a picnic.) 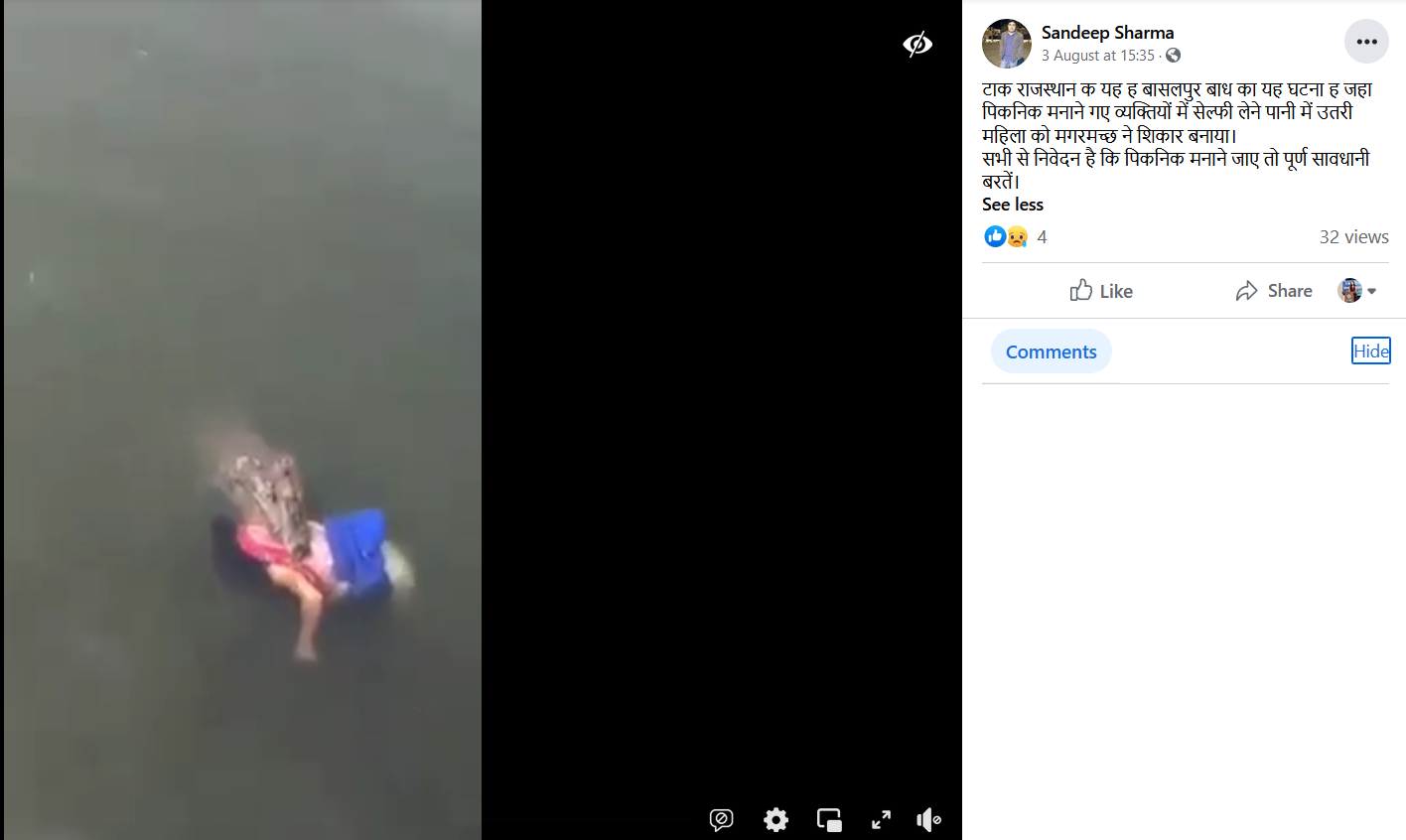 Here’s the link to the above post. We found that the same video is being shared as being from Mumbai and Odisha as well. View similar posts here, here and here.

We put keyframes of the video through Reverse Image Search and found a video on YouTube, dated June 23, 2021. The location of the YouTube video was tagged as ‘Tampico’, a city in Mexico. 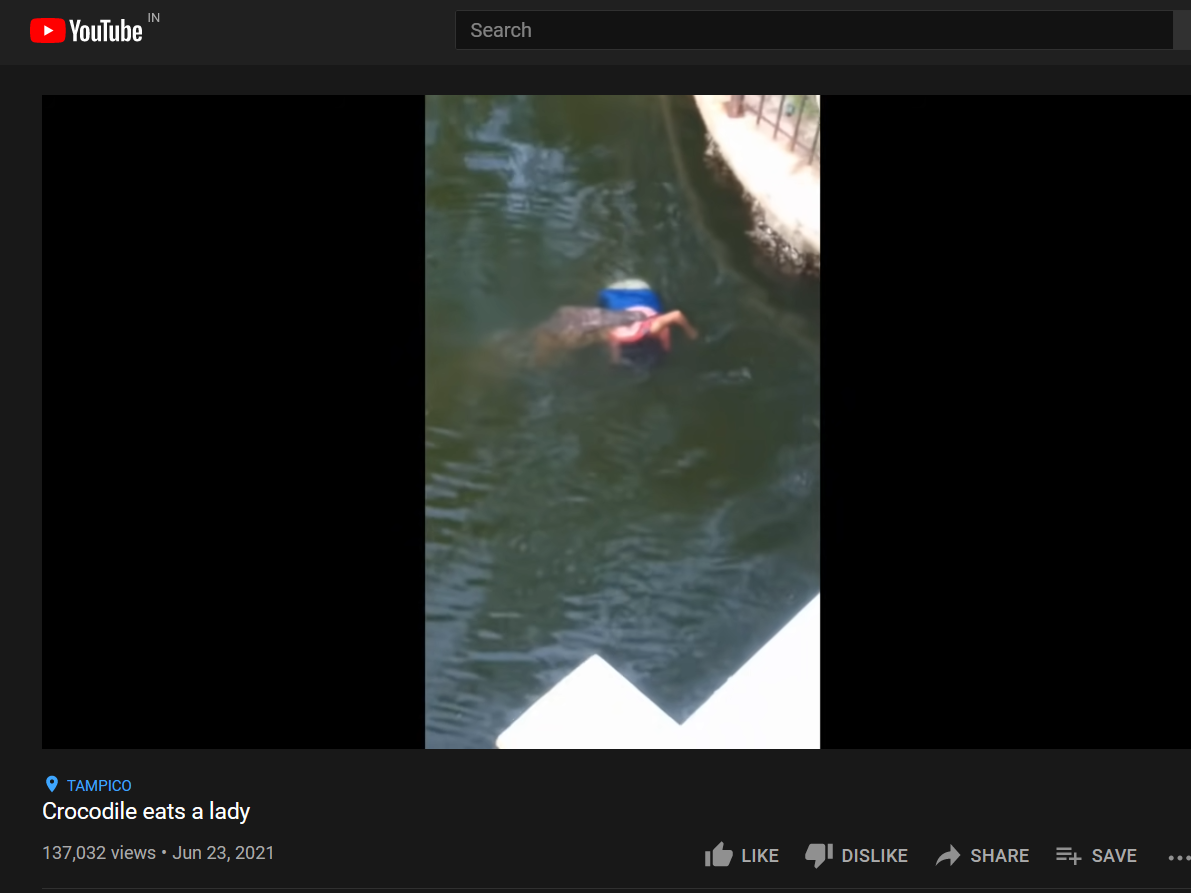 With that information, we ran another Reverse Image Search along with some keywords and found a report published by an Argentina based news website, Infobae on June 22, 2021. The translated headline of the report read, “The creepy moment when a crocodile devoured a woman washing clothes in a river in Tampico“. 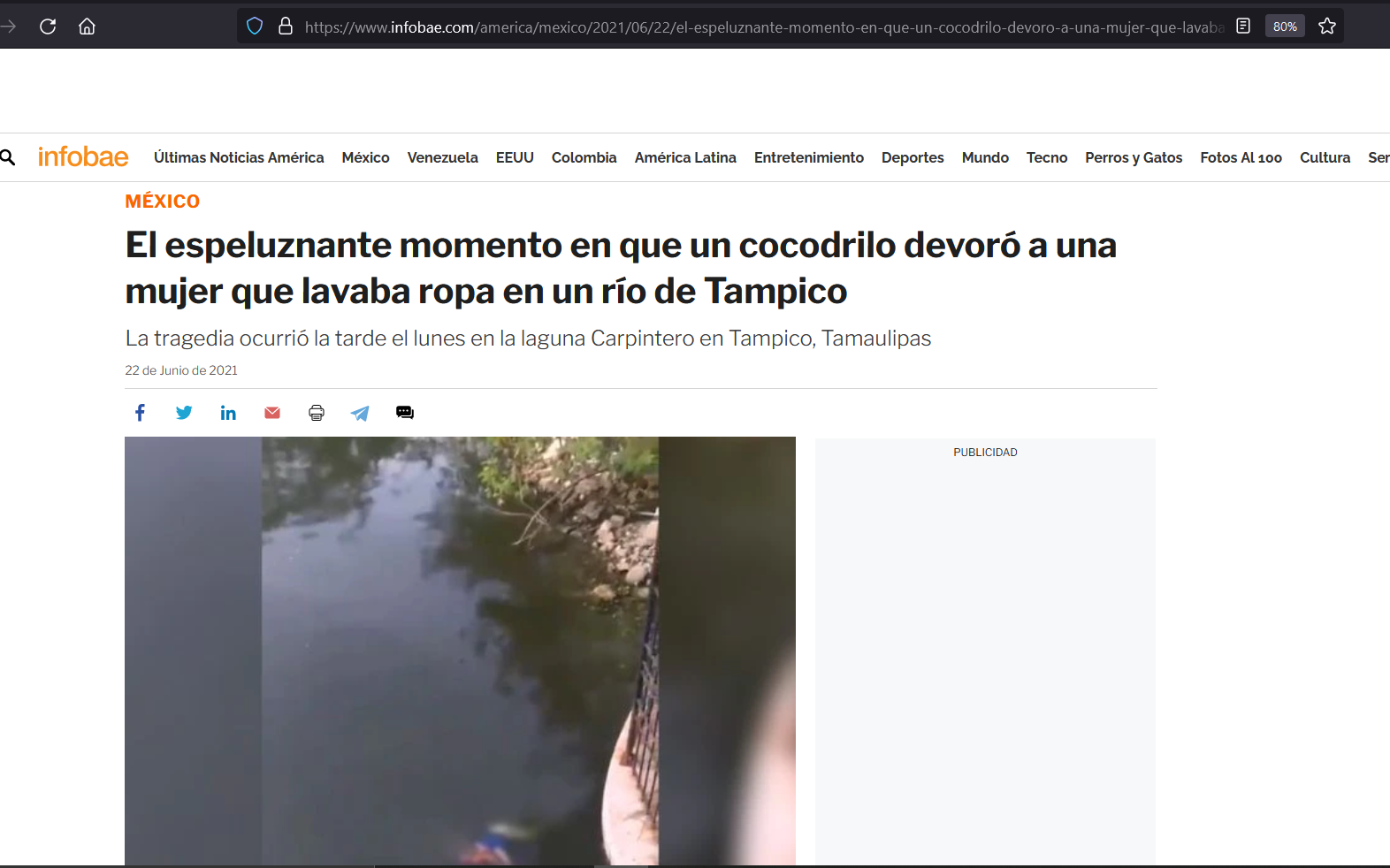 We found another report by a Mexican news outlet, Am, covering the incident. The headline of the report can be translated to, ‘VIDEO Crocodile devours a woman washing clothes in a river in Tamaulipas‘. 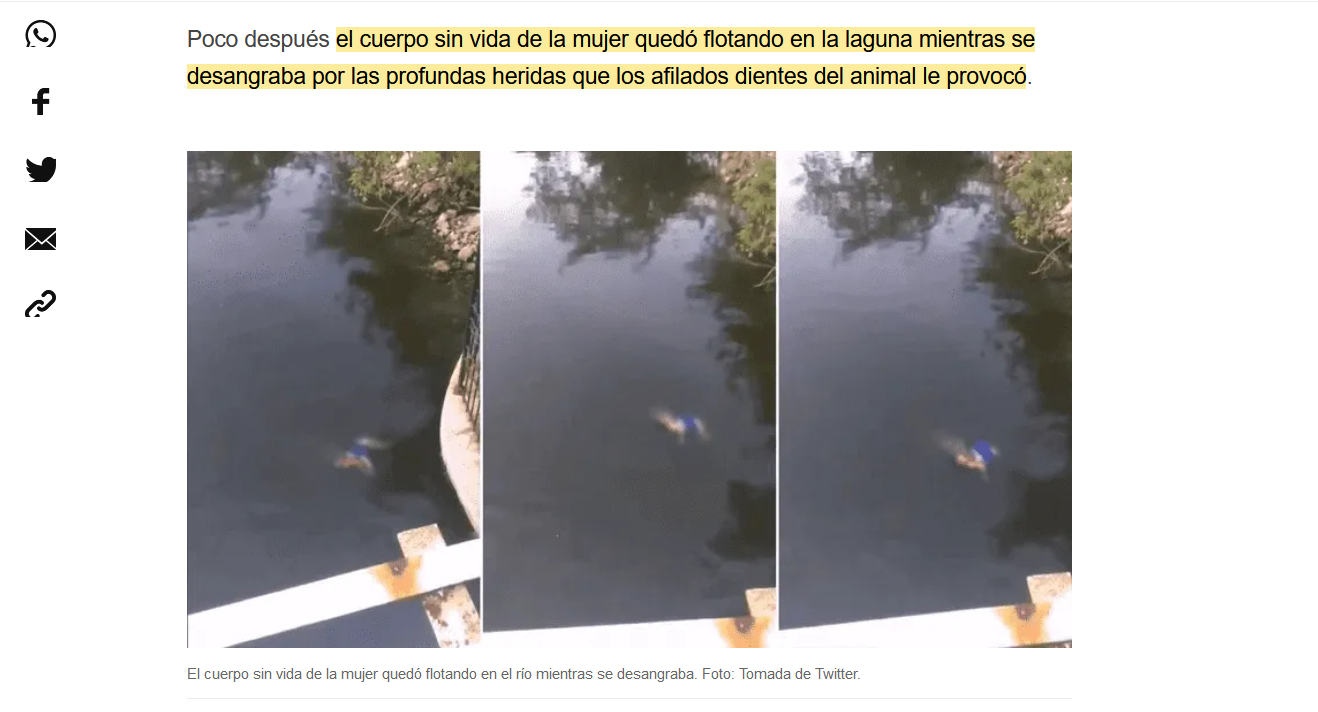 The report stated that many other residents also witnessed the attack and filmed the large crocodile moving through the lagoon waters with the deceased woman in its jaws. More reports can be seen here and here.

Hence, from the above information, it is clear that the video is from Mexico and not from any place in India.