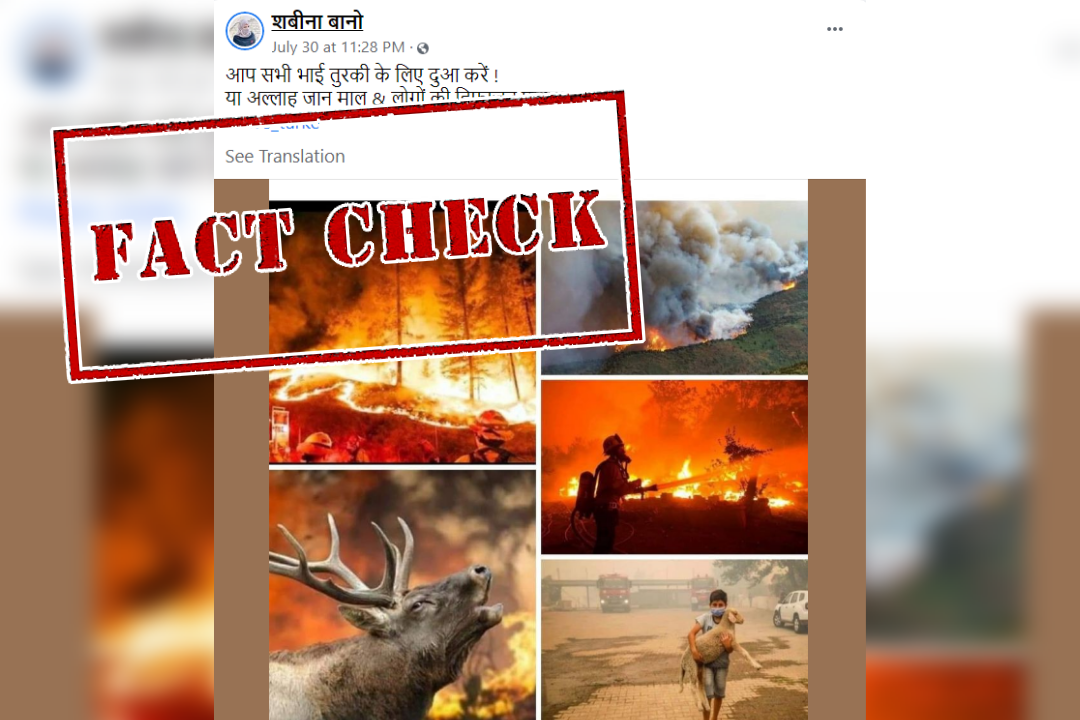 A collage of images is being shared on social media claiming to be of recent forest fires in Turkey.

The post is being shared on Facebook with a caption in Hindi that translates to, “All of you brothers pray for Turkey! O Allah, protect the people and the people.” 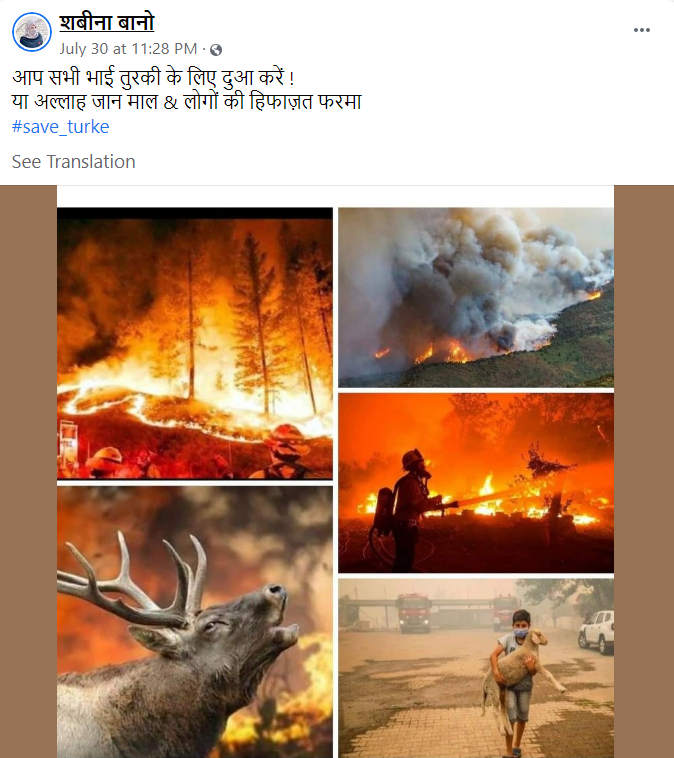 We checked all the images individually ad found the following;

Doing a simple Reverse Image Search directed us to Getty Images that carried the same image with a caption that read, “Firefighters try to control a back burn as the Carr fire continues to spread towards the towns of Douglas City and Lewiston near Redding, California on July 31, 2018. – Two firefighters were killed fighting the blaze and three people, a 70-year-old woman and her two great-grandchildren age four and five perished when their Redding home was rapidly swallowed up by flames.” 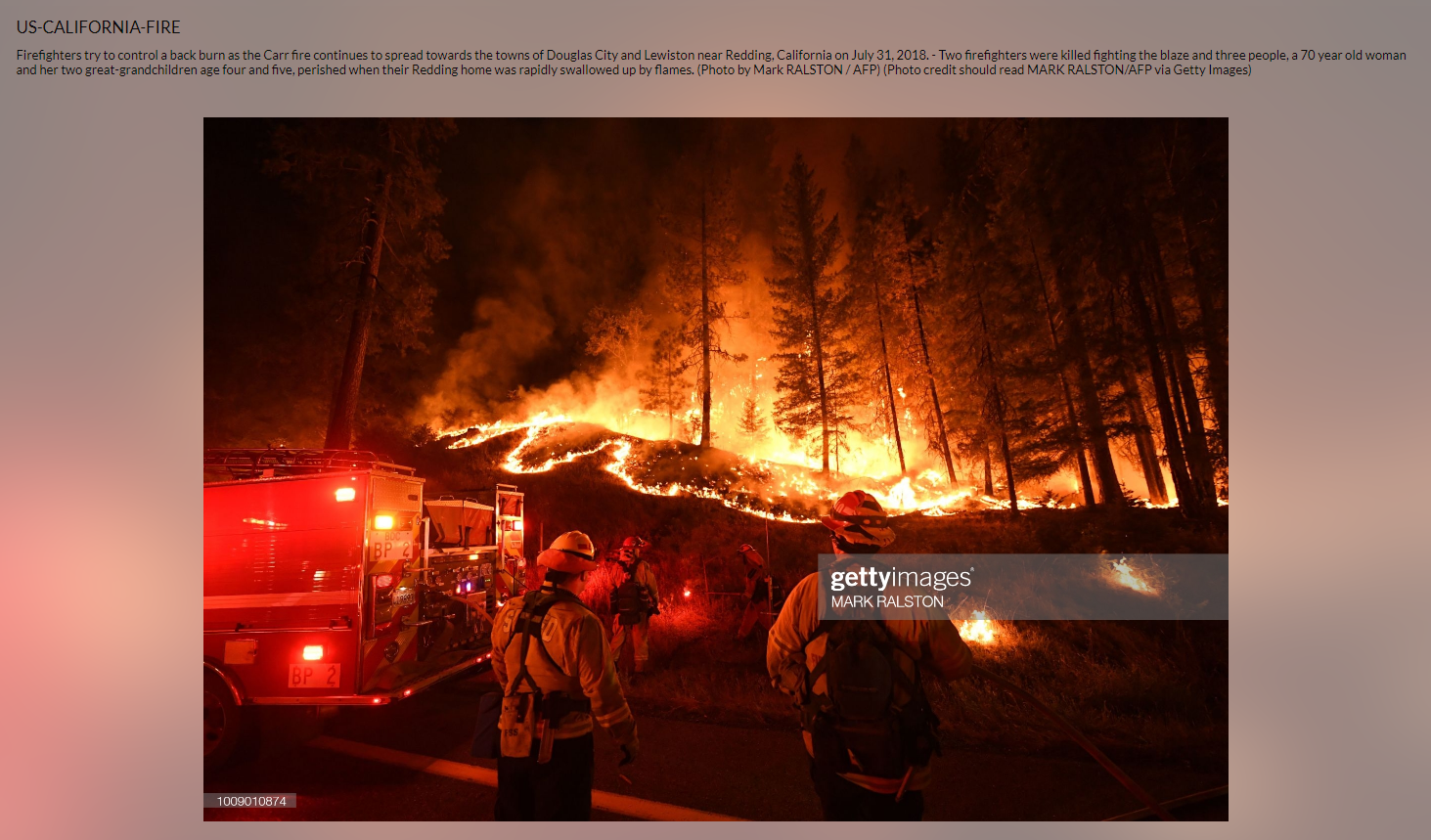 We found out that the same image was also used in a news article published on August 9, 2018, about the California forest fires. One can see that the viral image is cropped from the original image. 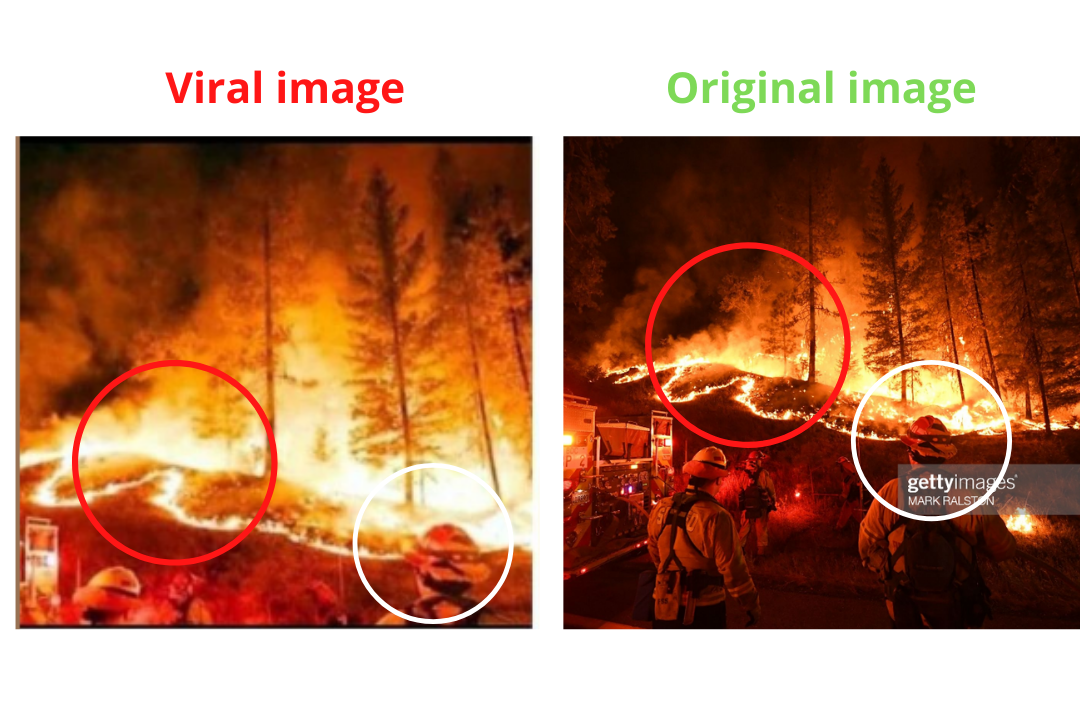 With the help of Reverse Image Search, we found the original image published in a news article on December 1, 2020. The article reports about The Grizzly Creek Fire that started in August 2020 in Colorado, USA. 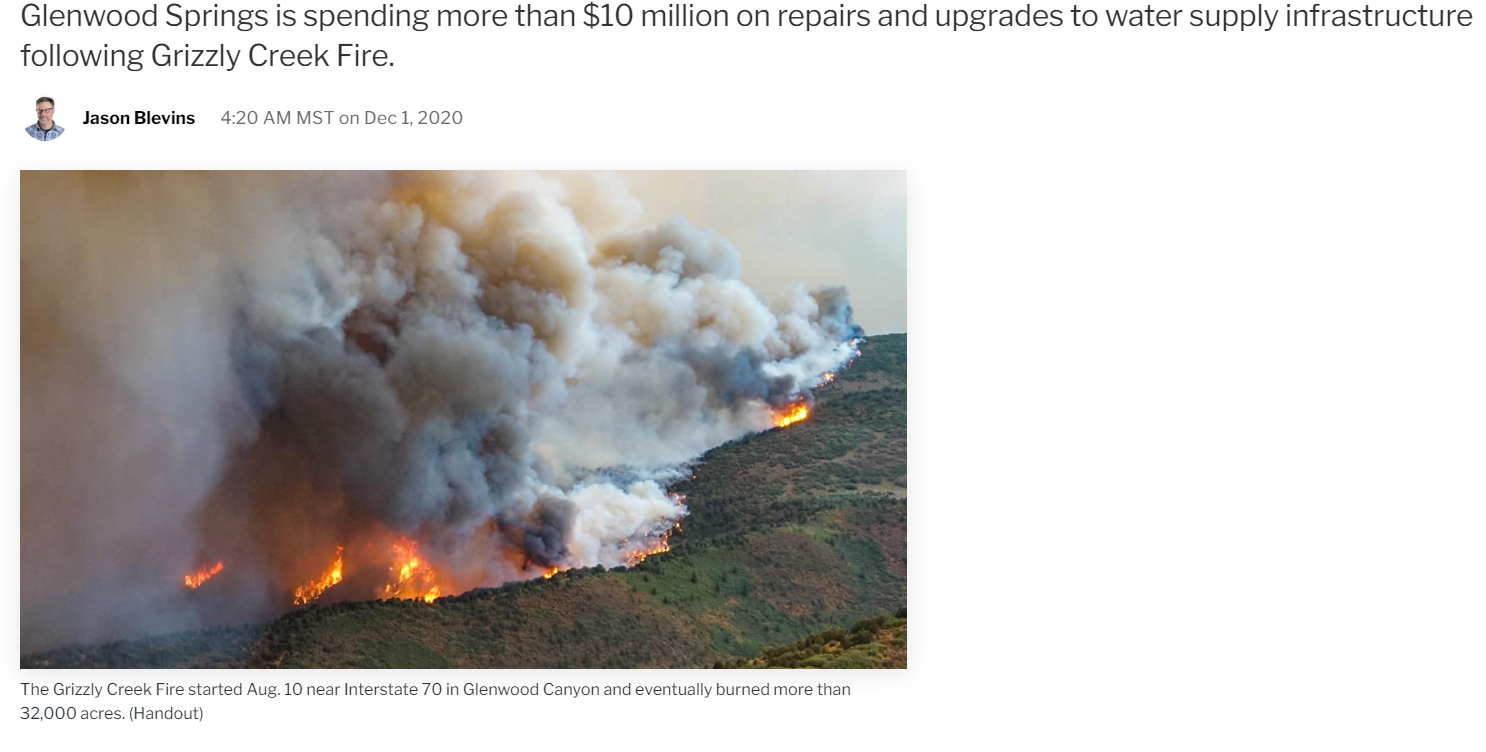 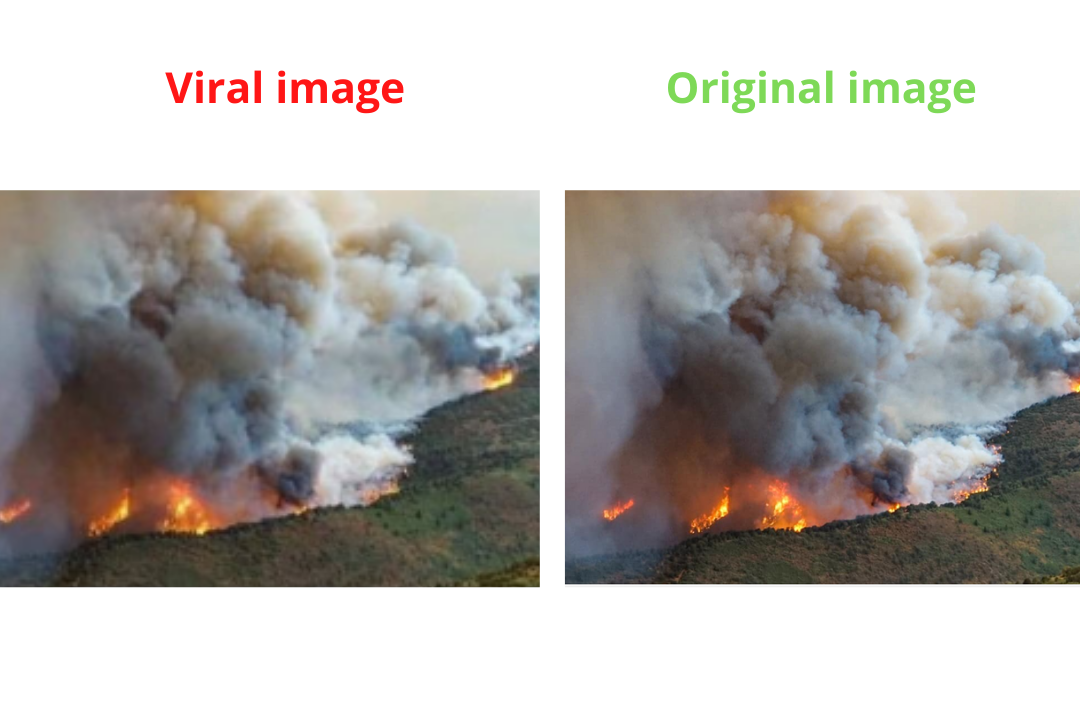 This image of a firefighter dousing a fire was published in a news report uploaded on August 14, 2020. The caption of the image reads, “A firefighter works against the Lake Hughes fire in Angeles National Forest on Wednesday, Aug. 12, 2020, north of Santa Clarita, Calif.” 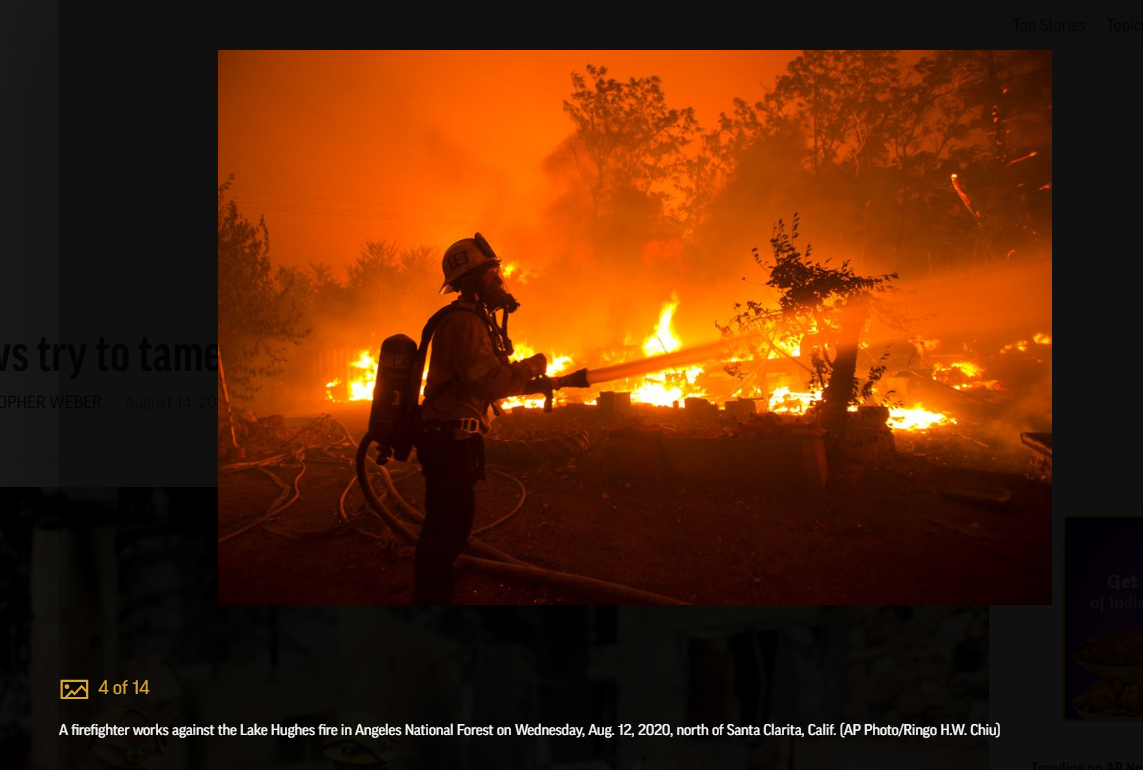 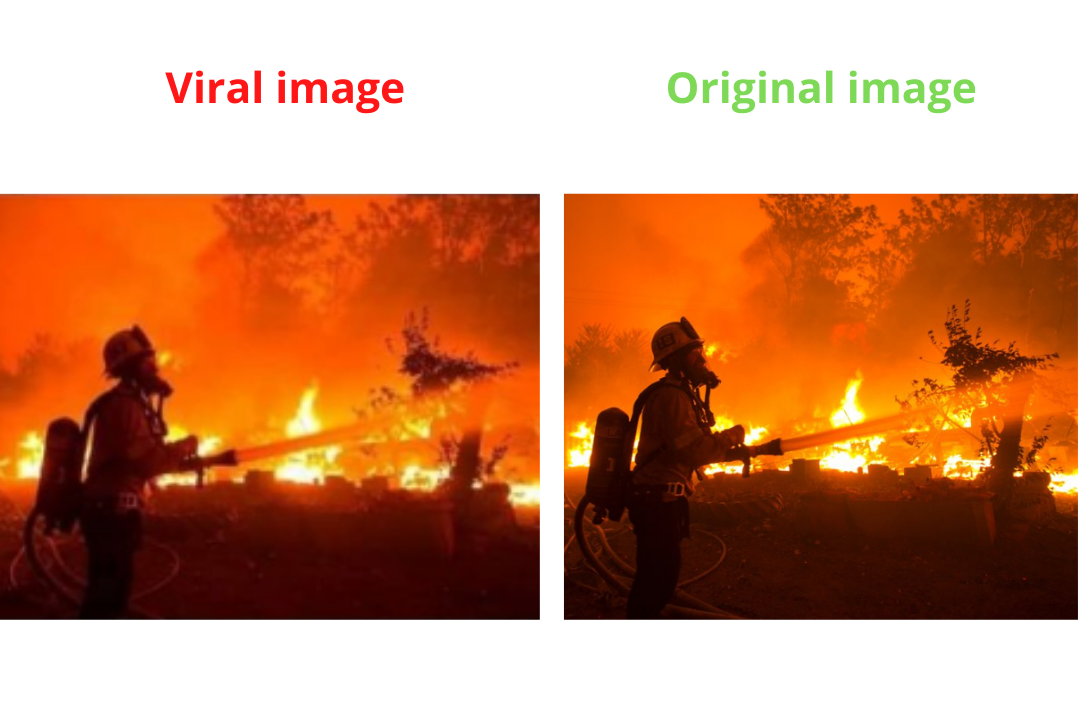 We found this image uploaded on Alamy with the caption “Deer on a background of the burning forest. Wild animal in the midst of fire and smoke.” The image was uploaded on October 7, 2010. Not much information is given about the location of the image. 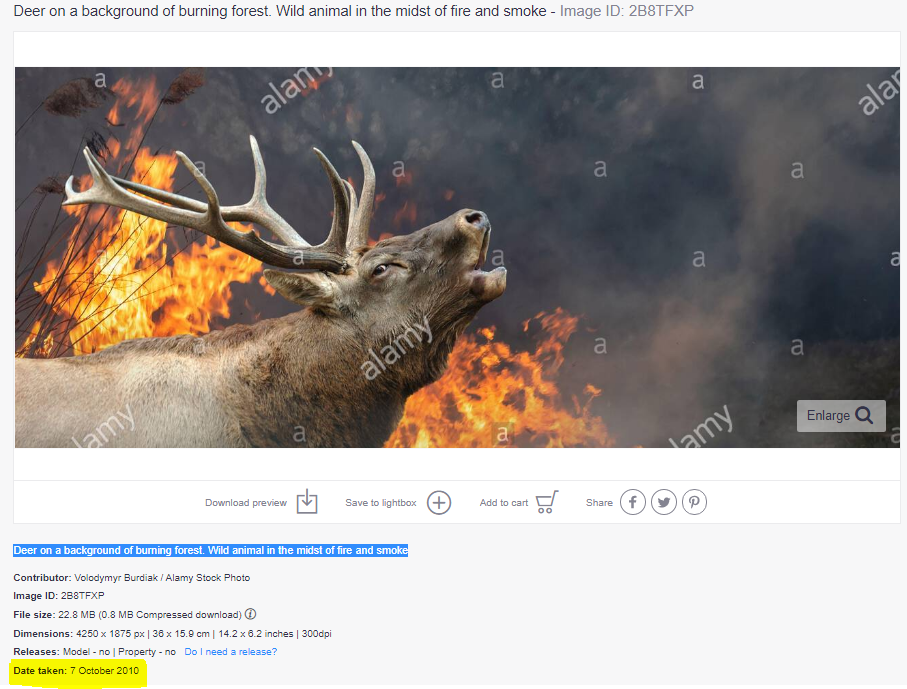 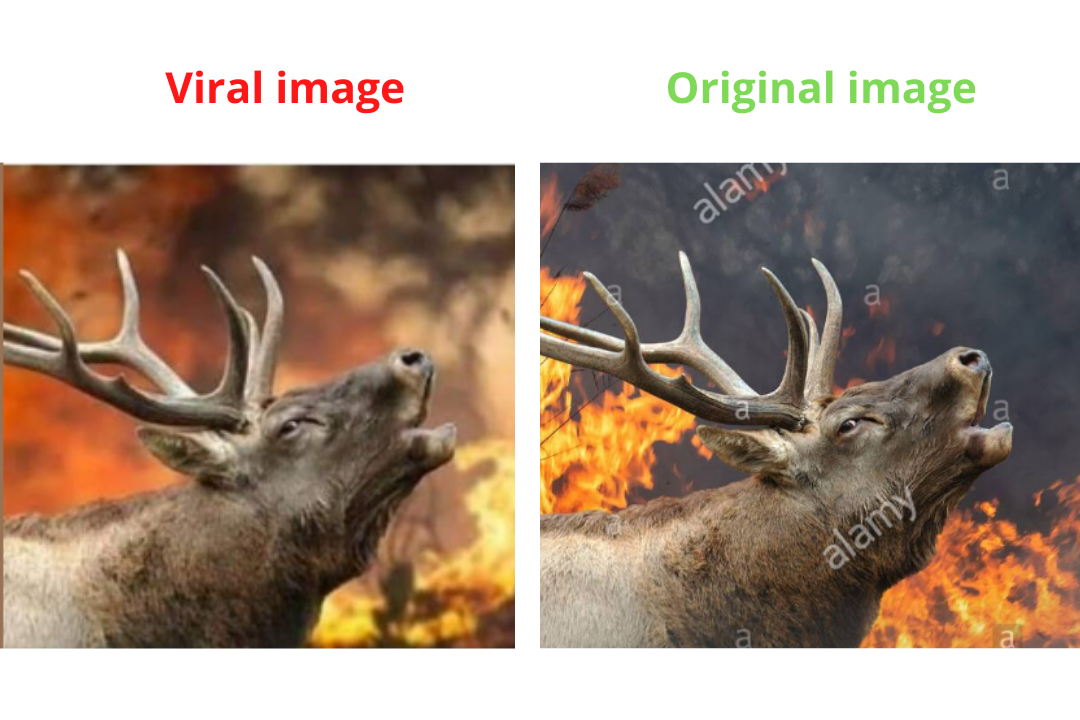 We found out that this image has been recently circulating on social media in relation to recent forest fires in Turkey. We independently could not verify details of this image. 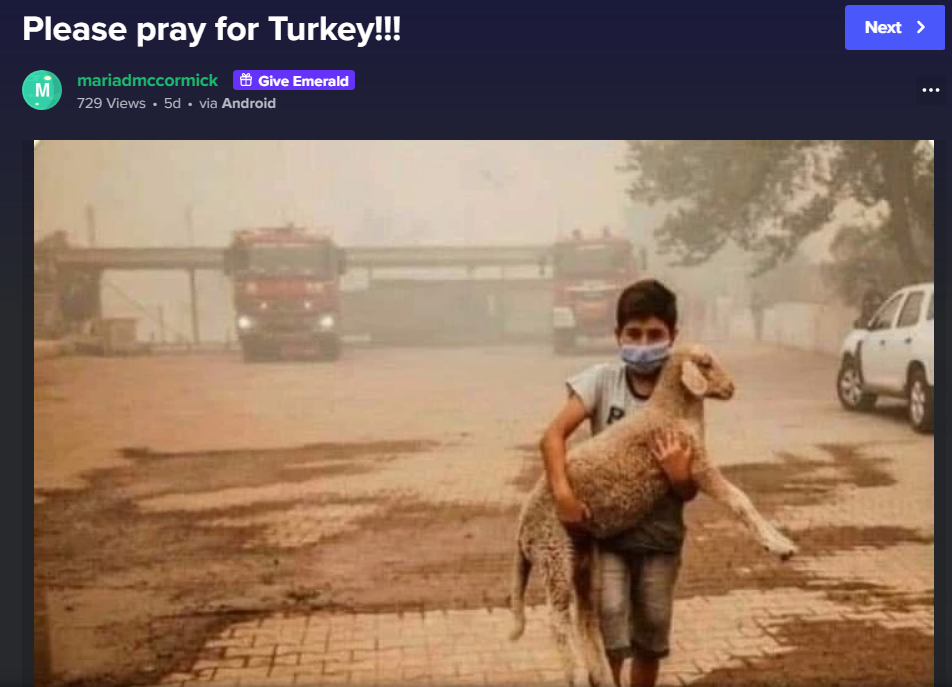 Thus, it is evident that most of the images being shared in the viral post are old and not related to recent forest fires in Turkey. Therefore, the viral claim is misleading.