Home NM FACT CHECKER Fact Check: No, Viral Video Of Crocodile Walking On Street Is NOT... 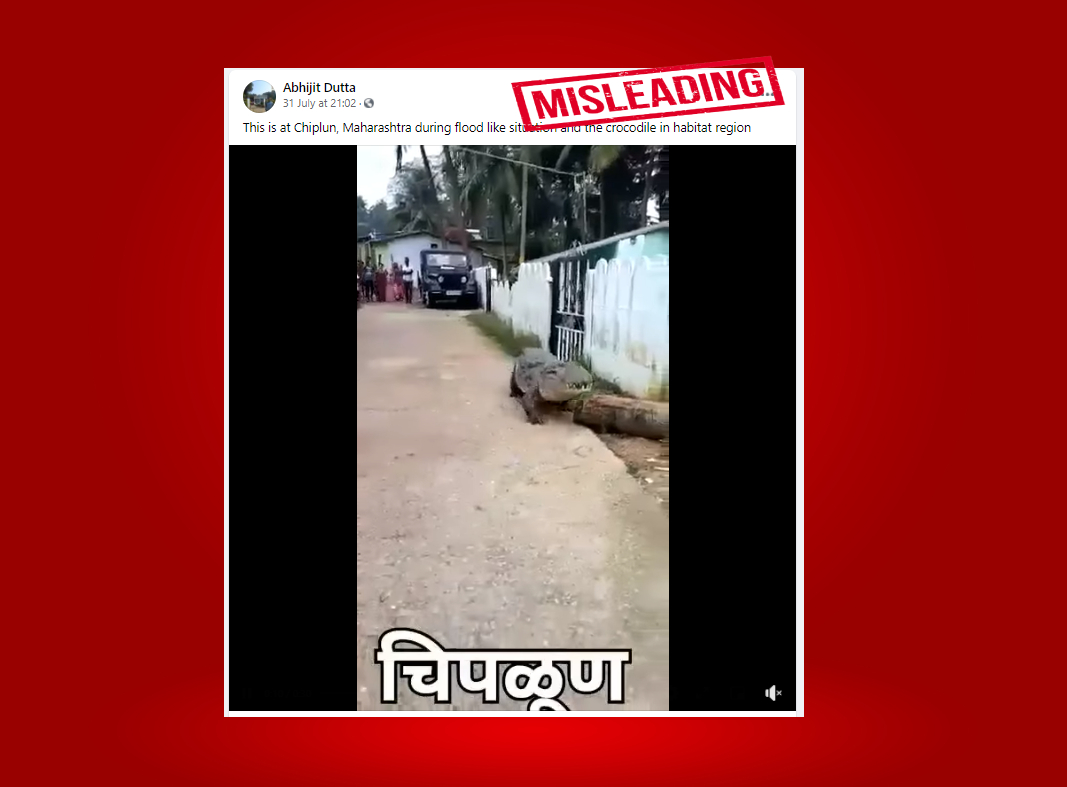 A video of a crocodile walking on a street is going viral on social media. The video is being shared with a claim that it is from Chiplun district of Maharashtra, following heavy rains leading to a flood-like situation in July 2021 .

A social media user shared the video with a caption that read, “This is at Chiplun, Maharashtra during flood like situation and the crocodile in habitat region.” 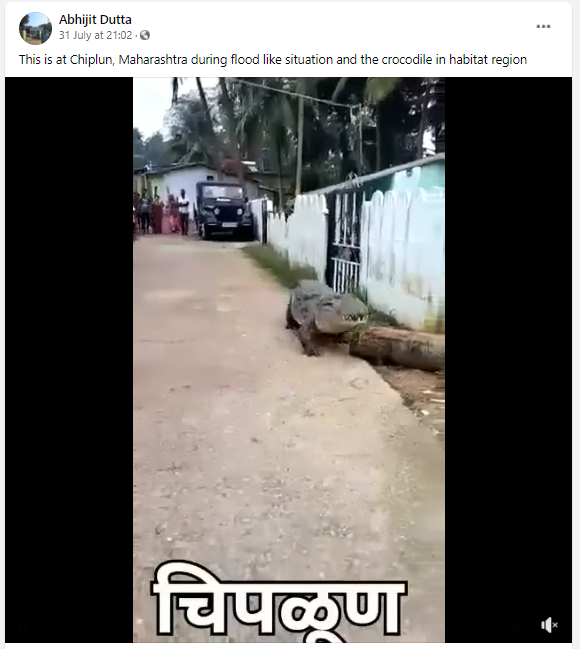 On breaking the video into multiple keyframes and doing a Google Reverse Image Search, we found a similar video, uploaded by a Facebook page titled Adventure Dandeli on July 1, 2021, with a caption that read, “#dandeli crocodile spotted.” 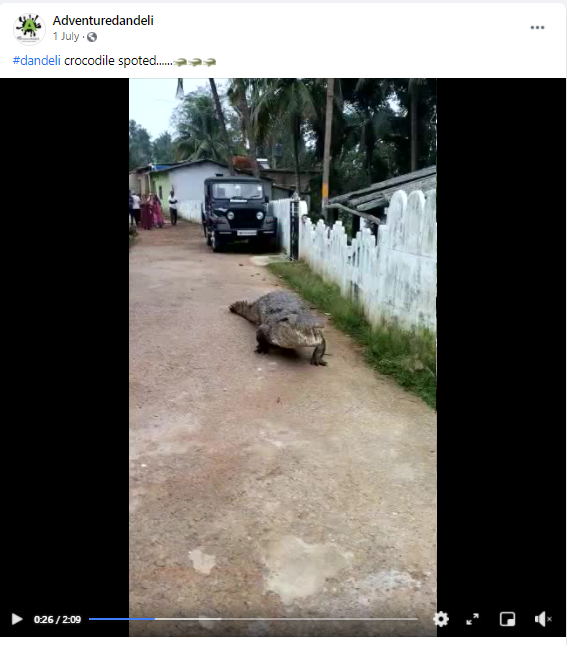 Taking a cue from this, we searched with the keyword ‘Crocodile in Dandeli’ and found the same video uploaded by Deccan Herald on July 1, 2021, on its Facebook page with the caption, “People of a village in #Karnataka had a surprise visitor on Thursday–a #crocodile on spotted roaming around, giving them a scare before being caught by forest officials.”

This proves that the video is from Karnataka and NOT Maharashtra.

However, we also found a report by Lokmat dated July 23, 2021, stating that a crocodile was seen swimming in the street of Chiplun amid floods that inundated the city. 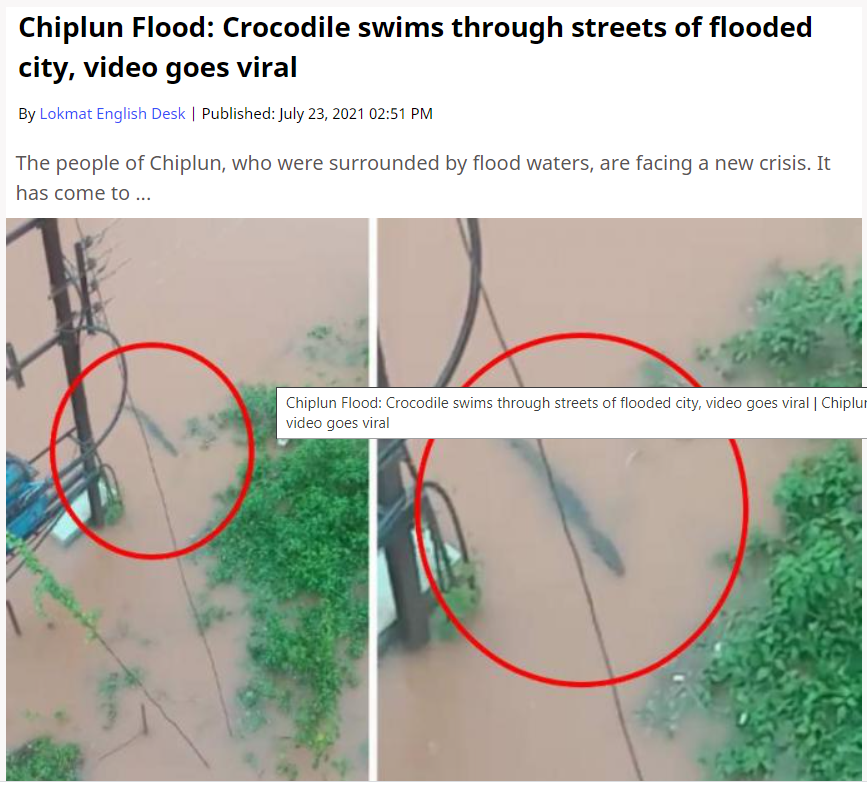 Hence, from the above information, it is clear that while the video of a crocodile swimming in  floodwaters in Chiplun district of Maharashtra made headlines, the video being circulated on social media is from Dandeli in Karnataka and NOT Chiplun, Maharashtra.