Home NM FACT CHECKER Fact Check: No, This Video Does NOT Show Water Gushing Out From... 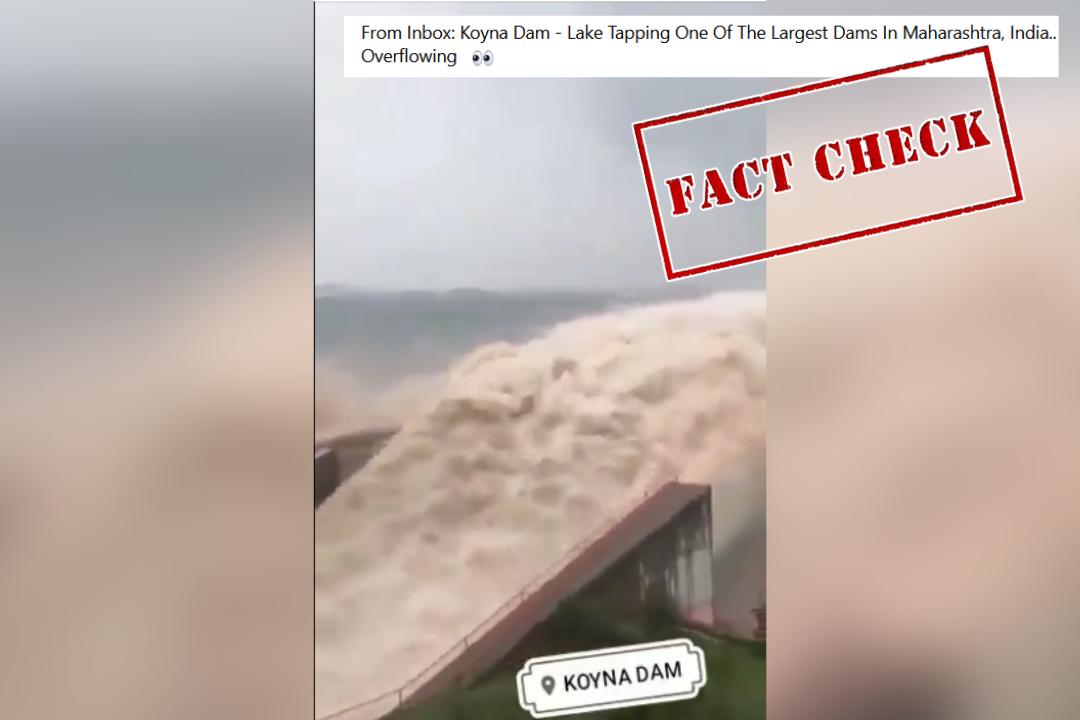 A video is being shared on social media with a claim that it shows the Koyna Dam in Maharashtra overflowing after heavy rains and flash floods in the state.

“From Inbox: Koyna Dam – Lake Tapping One Of The Largest Dams In Maharashtra, India.. Overflowing,” the viral post read. 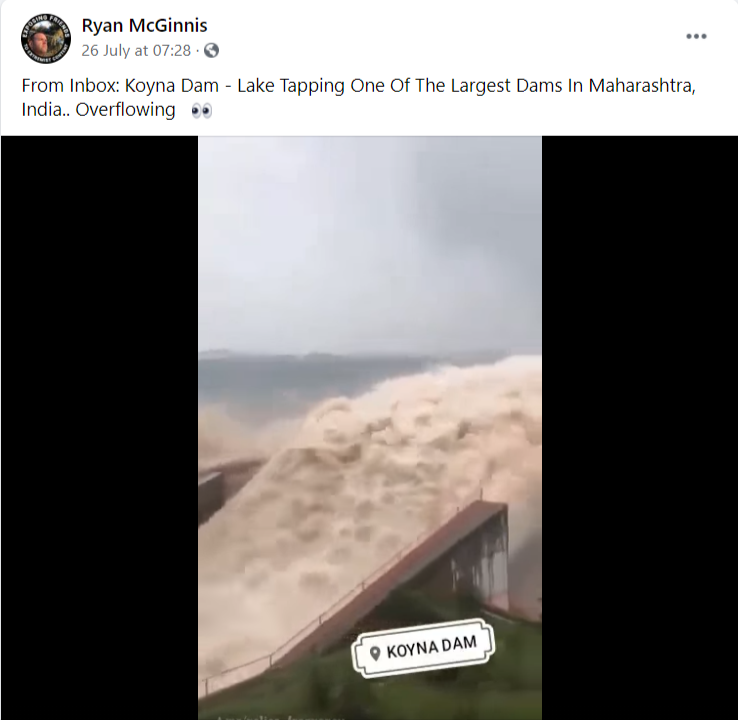 While scanning through social media for similar posts, we found that a Facebook user had shared the same video in 2019 with a claim that the video shows the Pavana dam in Pune.

We also found that some of the users shared the video in 2018 with a Chinese caption claiming that the video is of Xiaolangdi Dam on the Yellow River in China.

The same video was also uploaded on YouTube in 2018 with a similar claim. “Amazing Water flow of Yellow river discharged from dam in China”, the title read. 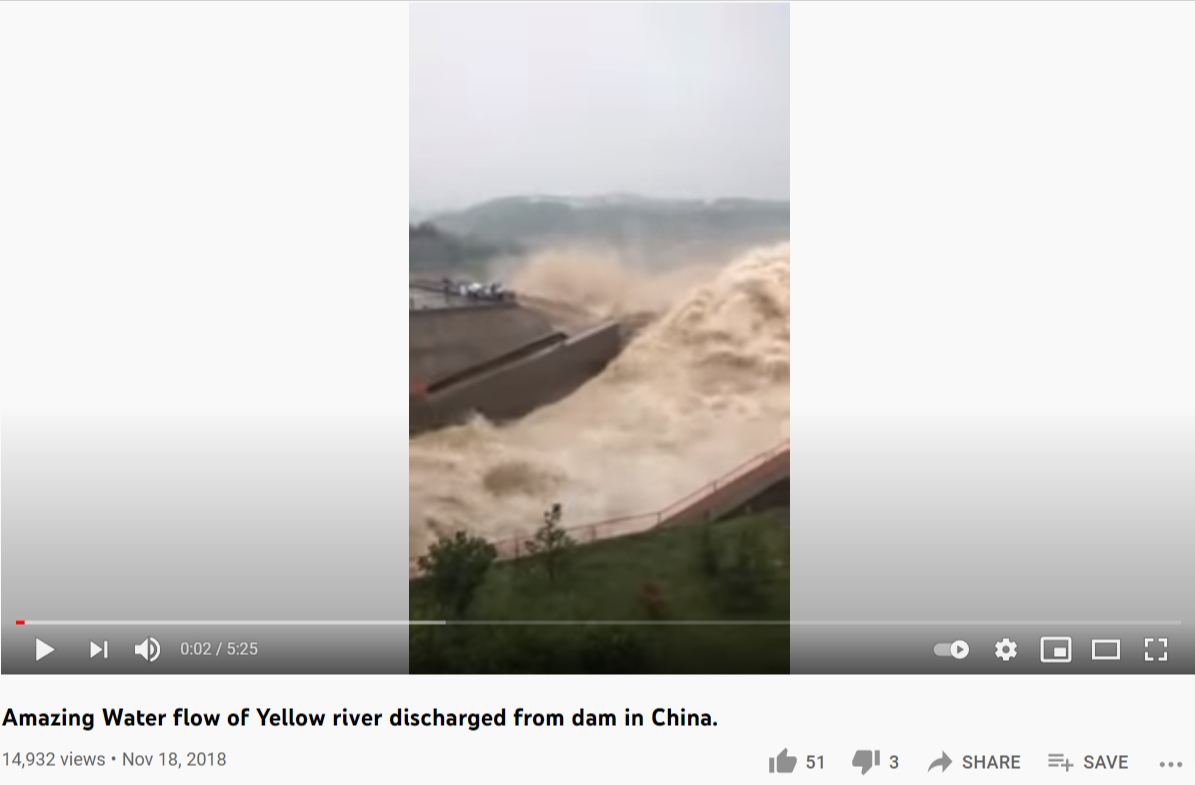 Searching further with the help of keywords and extracted keyframes, we found that a similar video was also uploaded on the Facebook page of People’s Daily, a Chinese media organization, in 2020. According to the caption, the video is of Xiaolangdi Dam in China.

Hence, from the above information, it is clear that the video in circulation is OLD and is NOT from India.

However, we also found new reports from July 2021 stating that River levels rose in Maharastra after water was discharged from the Koyna dam. The reports can be read here, here and here. 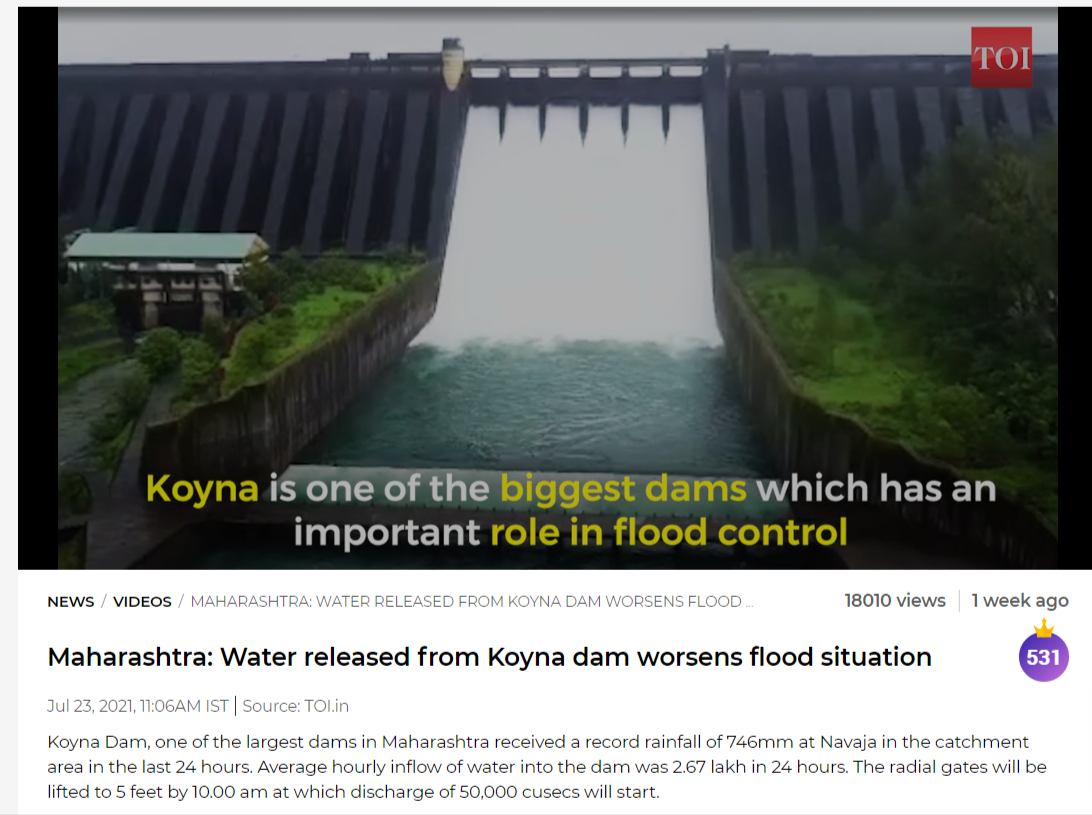 According to a report by The Times Of India dated August 3, 2021, ‘the discharge from Koyna dam has been reduced from 49,000 cusec to 9,800 cusec on Monday (August 2) due to reduction in inflows from the catchment areas’.

Thus, from the above fact check, we can conclude that the post is misleading as an old video from China is being shared as that of the Koyna dam from Maharashtra.