Home NM FACT CHECKER Fact Check: No, Gita Press In Gorakhpur Is NOT Shutting Down Due... 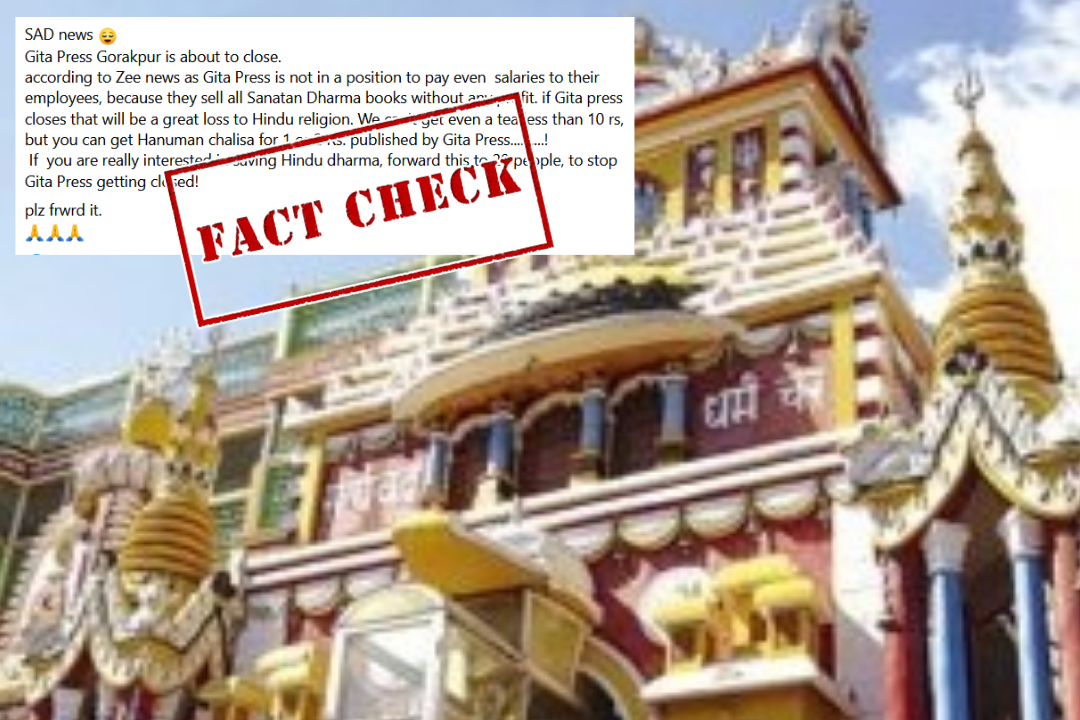 A post is being shared on social media with a claim that the iconic Gita Press in Gorakhpur is shutting down due to financial hardships.

A Facebook user shared the message which read, “SAD news Gita Press Gorakpur is about to close. according to Zee news as Gita Press is not in a position to pay even salaries to their employees, because they sell all Sanatan Dharma books without any profit. if Gita press closes that will be a great loss to Hindu religion. We can’t get even a tea less than 10 rs, but you can get Hanuman chalisa for 1 or 2 Rs. published by Gita Press……….! If you are really interested in saving Hindu dharma, forward this to 20 people, to stop Gita Press getting closed! plz frwrd it.“

On running a Google search with some keywords we found that the viral message is in circulation on Facebook since 2016. These posts can be seen here, here and here. 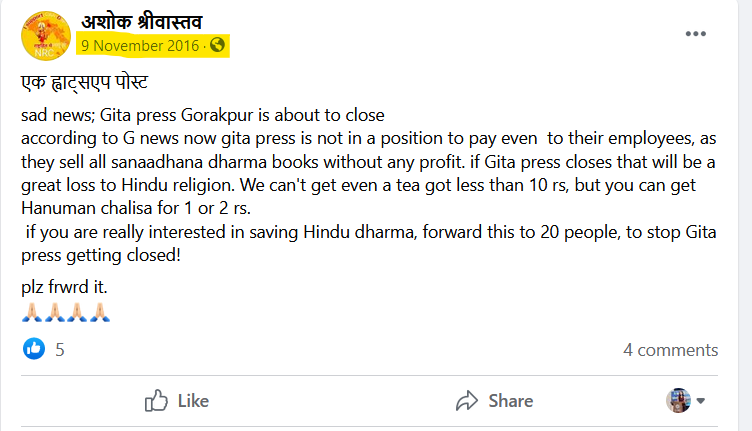 Further, we also found a tweet on the verified Twitter handle of Gita Press, Gorakhpur,  published on July 31, 2021, stating that social media posts about the closure of Gita Press are totally false.

It further stated that contrary to the posts, work at Gita Press is in order. For the betterment of print quality and volume, binding and printing machines of modern technology have been imported.

We also found a report by The Times of India dated September 4, 2020, refuting the viral claim. “Gita Press refutes closure rumours,” the headline of the release read. 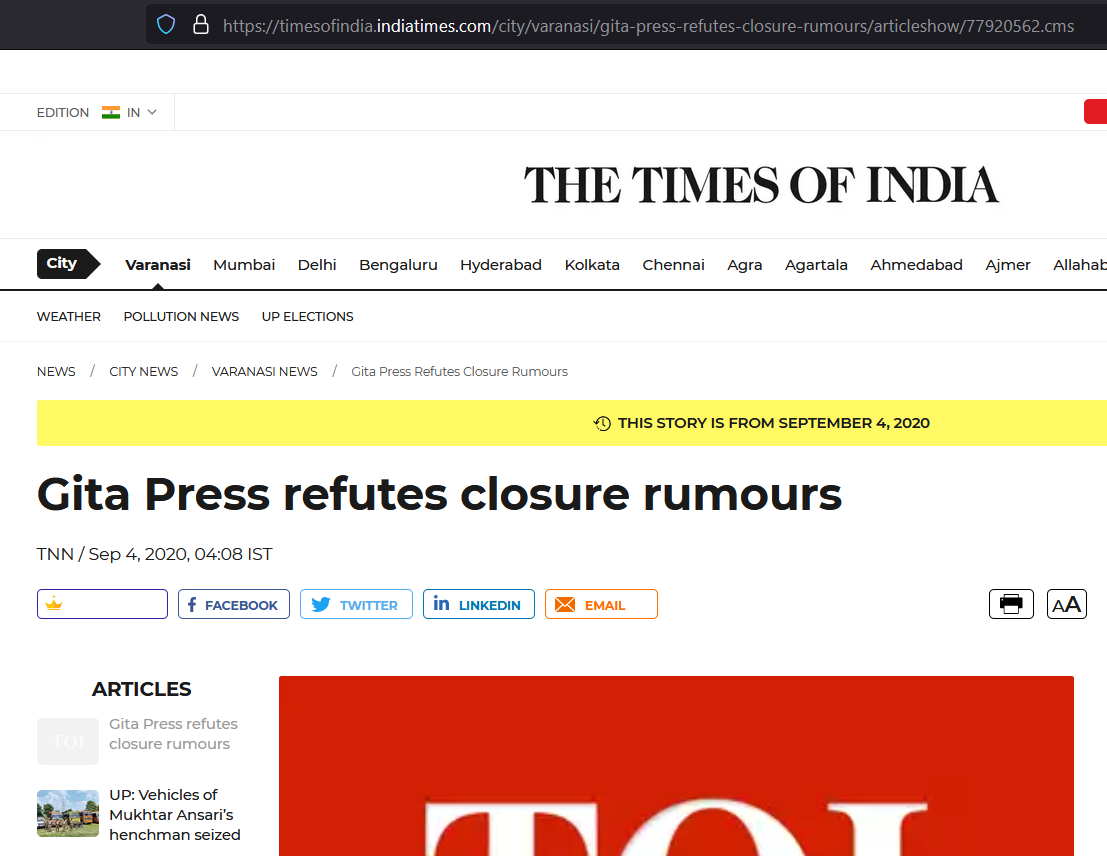 More reports on the issue can be read here, here and here.

Hence, the claim about the closure of Gita Press is fake.