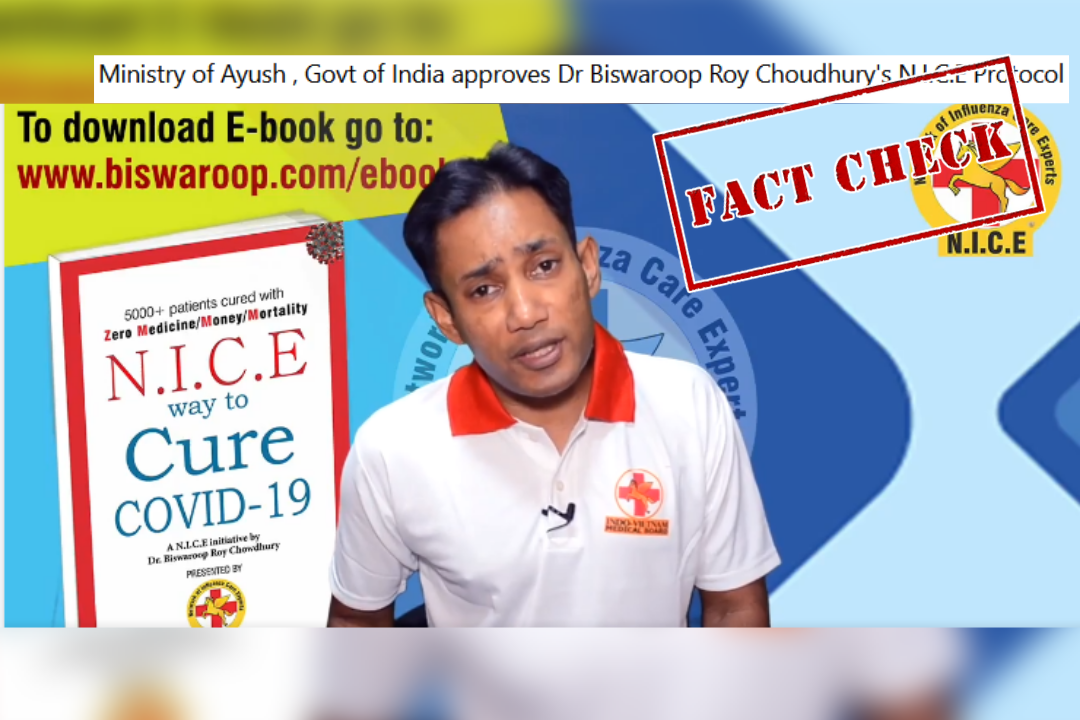 A post is being shared on social media with a claim that the National Institute of Nutrition (NIN) and Ministry of AYUSH have approved ‘Network of Influenza Care Experts’ (NICE) protocol, which is a diet-based treatment, for those with mild to severe COVID-19 symptoms.

The protocol by Biswaroop Roy Chowdhury stated that no medications are involved in curing patients, only coconut water and citrus fruit juice is used as a major ingredient for treatment under this protocol.

On running a Google search with some keywords, we found a press release on the website of the government’s nodal agency Press Information Bureau (PIB). “AYUSH Ministry has not approved protocol developed by Network of Influenza Care Experts” the headline of the release read.

The release clarified that the Ministry of AYUSH has not approved the protocol developed by the Network of Influenza Care Experts (N.I.C.E). 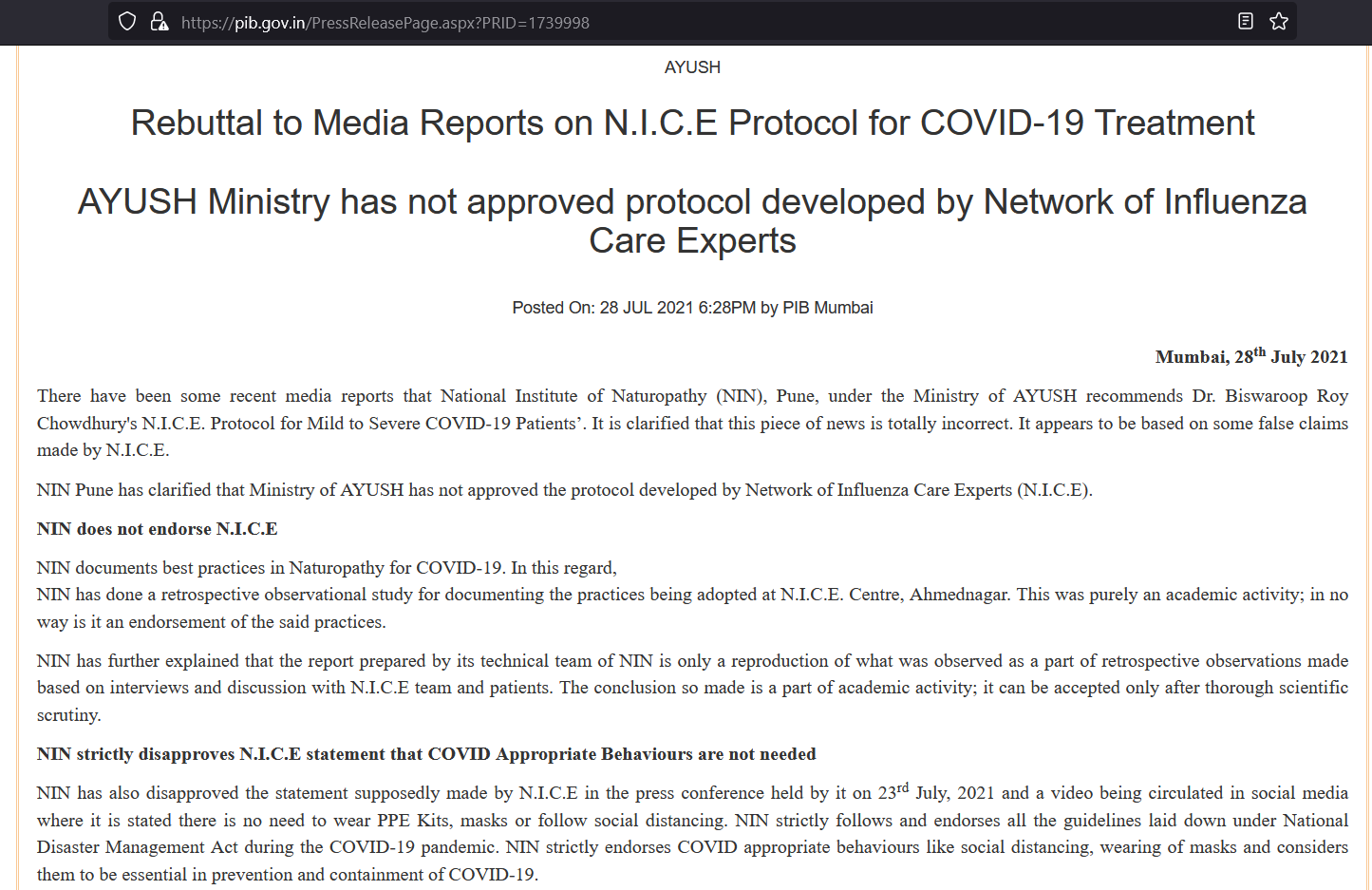 It further stated that “while NIN has done a retrospective observational study for documenting the practices being adopted at NICE Centre in Ahmednagar, it was in no way an endorsement of the said practices.”

The release also dismissed NICE’s claim that COVID-19 guidelines such as wearing PPE kits, masks or following social distancing were not necessary.

We also found a tweet by Ayush Ministry dated July 29, 2021, stating that NICE has not submitted any application for the so-called protocol to the Ministry of Ayush.

Some misleading claims regarding the development of a protocol of treatment for COVID-19 have been made by a naturopathy related network NICE (Network of Influenza Care Experts) & have been published by some media platforms.

The tweet also states that the Ministry of Ayush strongly denies all such claims and considers them misleading and baseless.

It should be noted that Biswaroop Roy Chowdhury has earlier made various misleading claims regarding COVID-19 and vaccination which have been busted by NewsMoible. The fact checks can be seen here and here.

Fact Check: This Post ‘Advising’ People To Not Get COVID-19 Vaccine Is FALSE & MISLEADING

Hence, from the above information, it is clear that the National Institute of Nutrition (NIN) and the Ministry of Ayush have NOT approved NICE protocol. Therefore, the claim is fake.