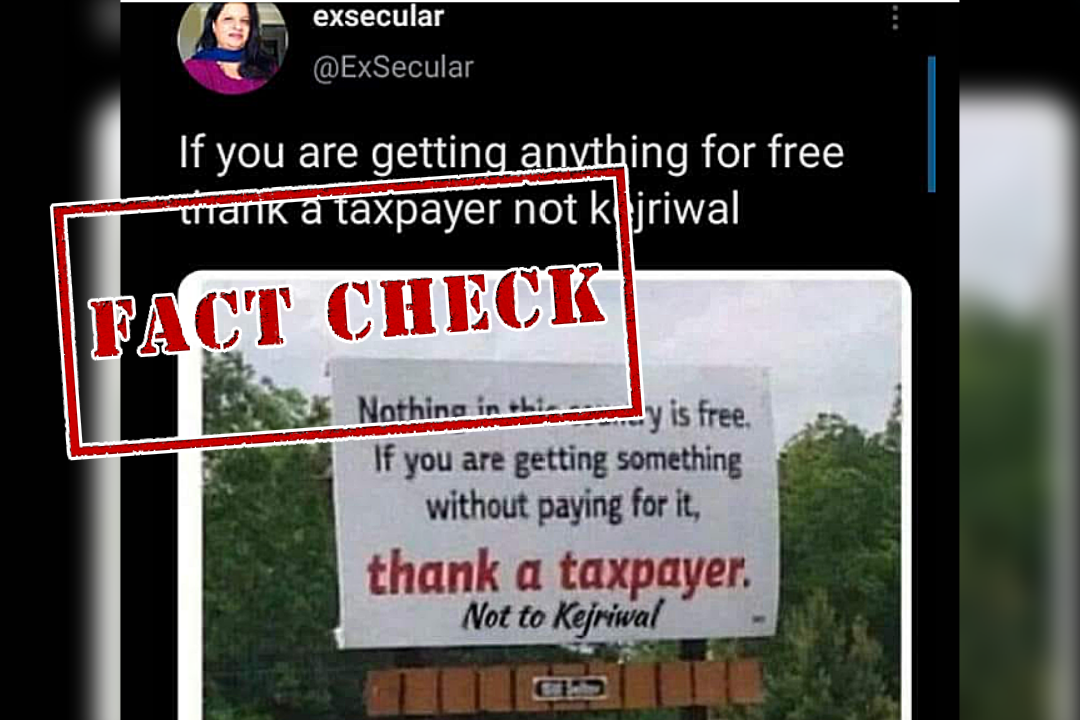 A screenshot of a tweet with an image of a billboard has gone viral on social media targeting Delhi Chief Minister Arvind Kejriwal. The tweet text of the viral screenshot reads, “If you are getting anything for free, thank a taxpayer, not to Kejriwal.”

The text written on the billboard reads, “Nothing in this country is free. If you are getting something without paying for it, thank a taxpayer. Not to Kejriwal.” 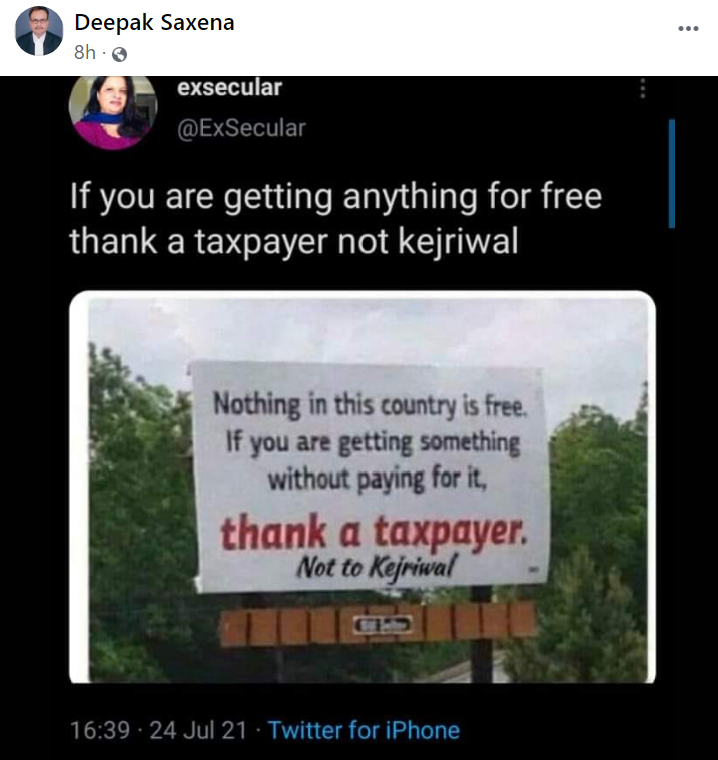 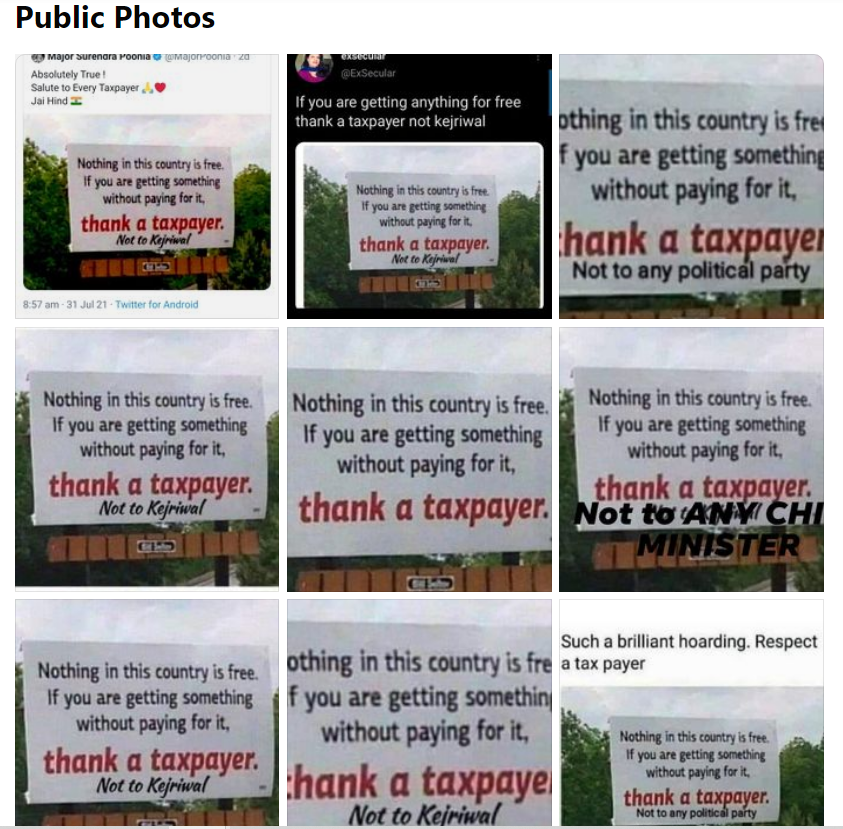 A Reverse Image Search directed us to a news article that carried the original image of the billboard.

We also came across a Twitter handle that had uploaded the original image on June 5, 2015. The text over the image reads, “Actual billboard in South Alabama.” In the image, one can see “Not to Kejriwal” is not written anywhere.

Searching further, we found the original image uploaded on another US-based news article published on December 30, 2015, stating that “This past summer, an amazing billboard on the outskirts of Monroeville, Alabama, went viral after Grover Norquist, president of Americans for Tax Reform, tweeted a picture of it to his many followers. “Nothing in this country is free,” the billboard read.” 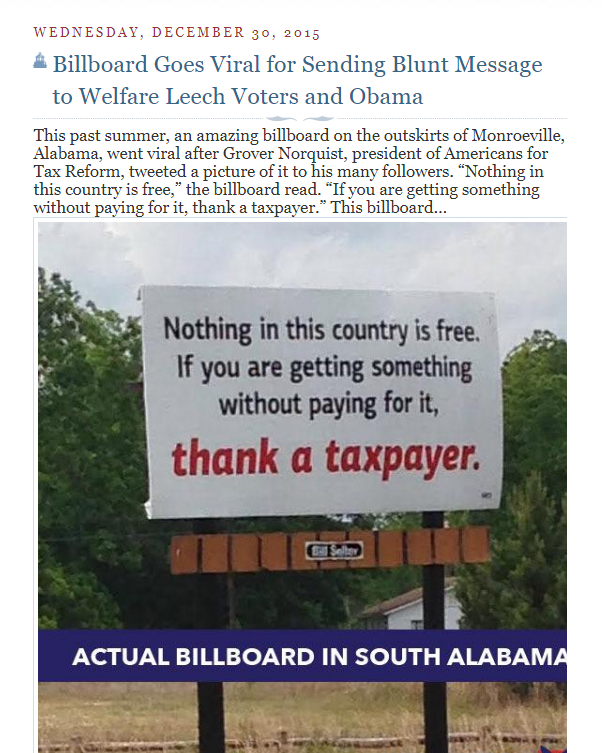 We found the original image uploaded on another website with a headline that reads, “This billboard in Alabama may be the greatest thing ever.” 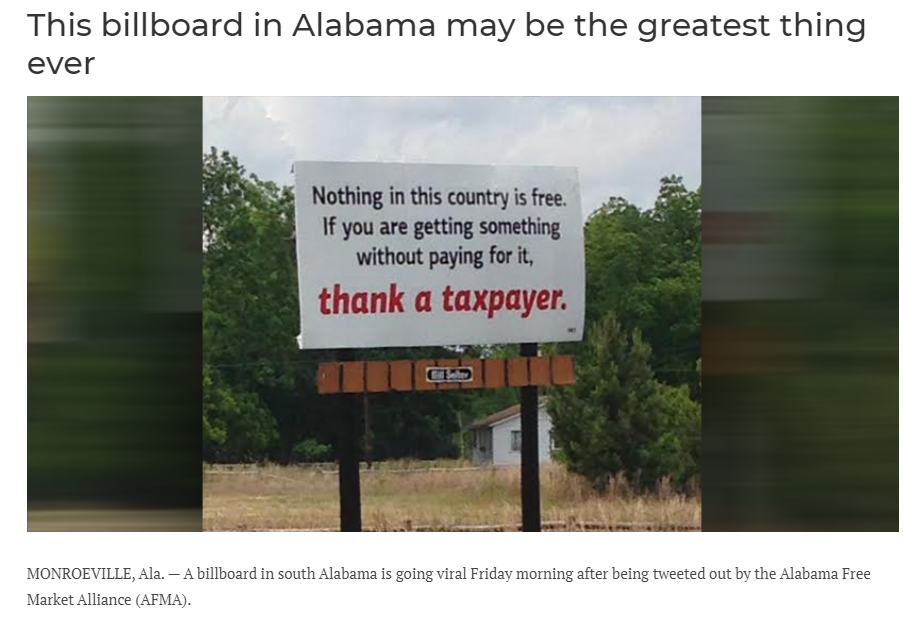 Thus, it is evident from the above information that an altered image of a US billboard is being falsely shared to target Delhi Chief Minister Arvind Kejriwal. The words “Not to Kejriwal” have been digitally added to it.

Hence, the claim being shared in the viral post is False.