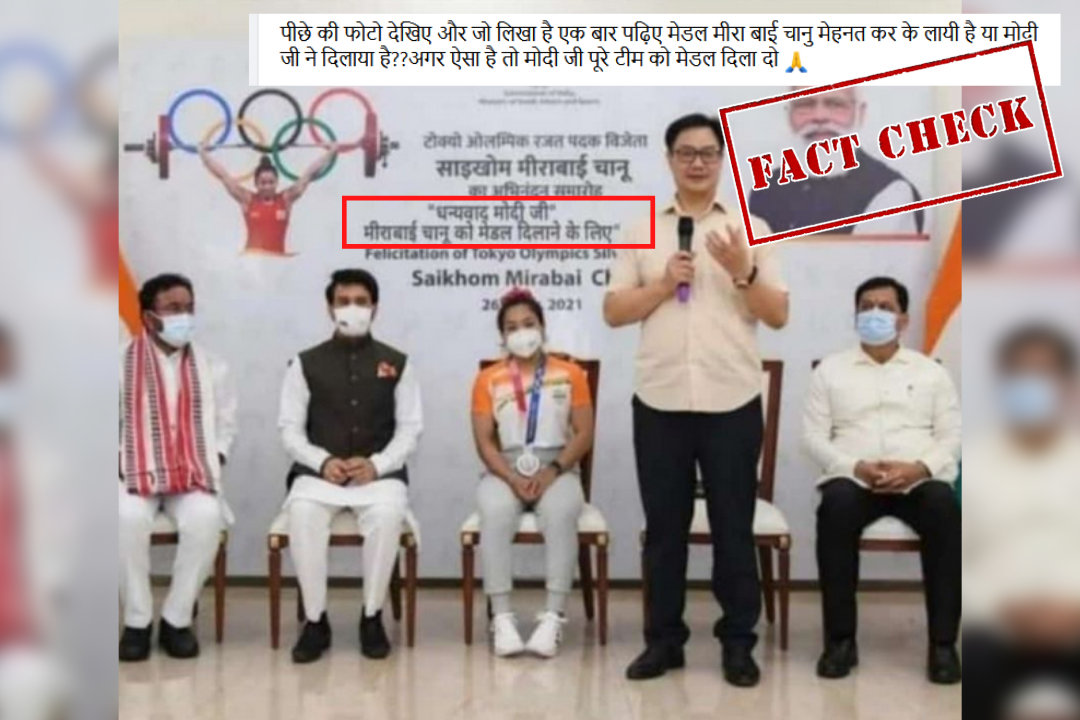 A post is being shared on social media with a claim that the text on a congratulatory banner seen at the felicitation function of weightlifter Mirabai Chanu, after she won a silver at the 2020 Tokyo Olympics, thanked Prime Minister Narendra Modi for her win.

(Translation: Thank you Modi ji for getting Mirabai Chanu a medal)

(Translation: Look at the photo at the back and read once what is written, Mirabai Chanu has won the medal by hard work or has Modi ji given it?? If so, Modi ji, please get the entire team a medal.) 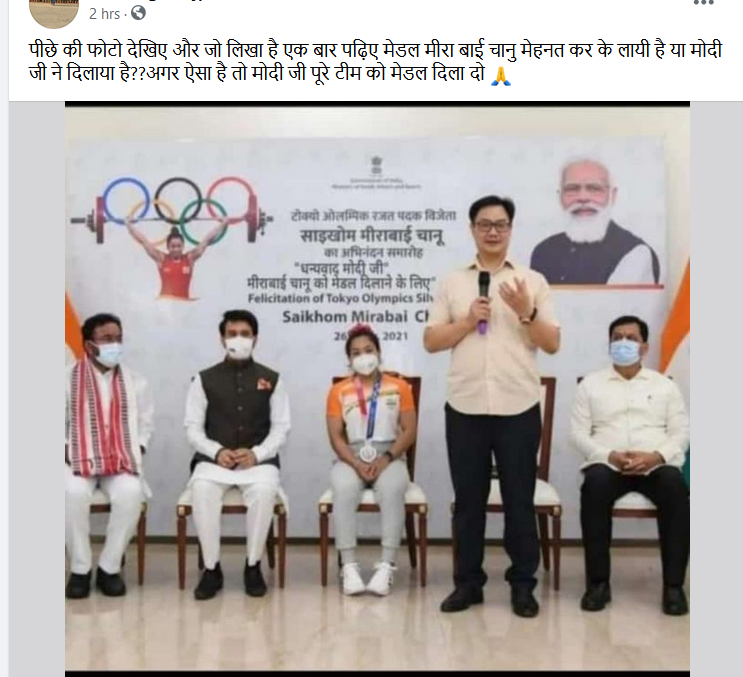 On running a Google search with some keywords we found a press release by the Ministry of Youth Affairs and Sports on the official website of Press Information Bureau website, carrying the same image.

The picture was taken on July 26, 2021, when Saikhom Mirabai Chanu and her coach Vijay Sharma were felicitated by Union Sports Minister Anurag Thakur at his residence.

The text crediting PM Narendra Modi for the Olympic win was not present in the original picture.

We also found a tweet by Union Minister Kiren Rijiju dated July 26, 2021, congratulating Chanu. The original banner can be seen in the tweet too.

Further, we found the event broadcast on DD News‘ YouTube channel published on July 26, 2021. The congratulatory banner in the backdrop mentions the text: ‘Felicitation of Tokyo Olympics Silver Medalist Saikhom Mirabai Chanu, 26 July 2021.’ However, there is no text thanking the Prime Minister for the medal.

On comparing both the pictures, it becomes clear that the text ‘धन्यवाद मोदी जी, मीराबाई चानू को मेडल दिलाने के लिए‘ has been digitally added in the picture. 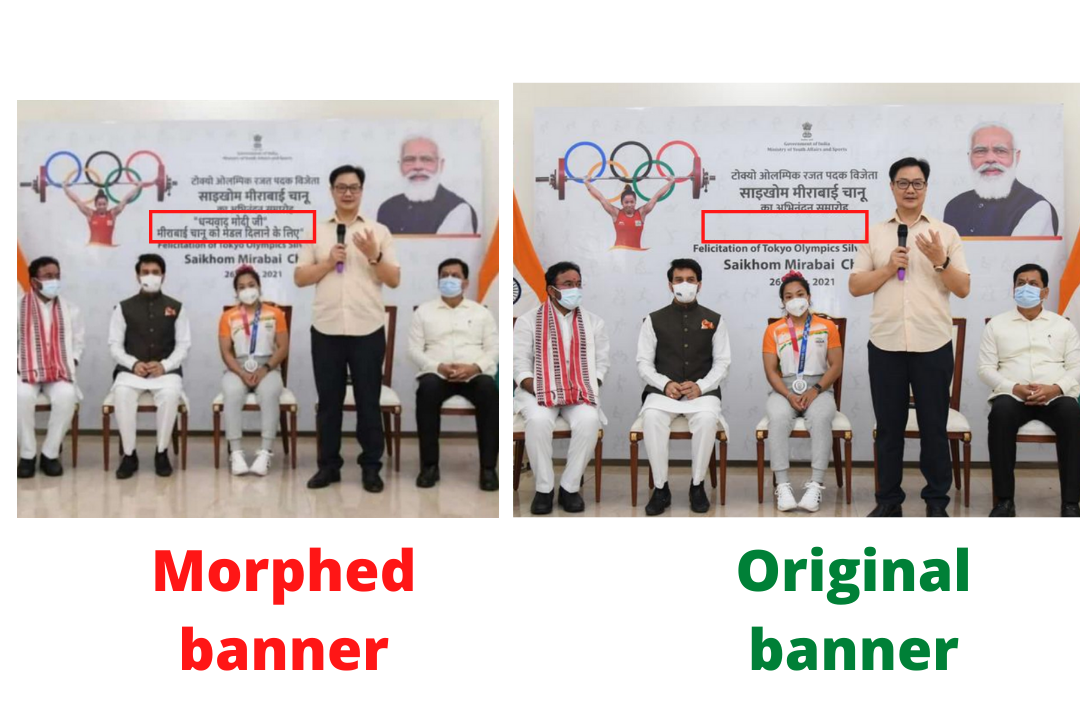 Hence, from the above information, it is clear that the banner thanking PM Narendra Modi for Mirabai Chanu’s Olympic win is morphed.