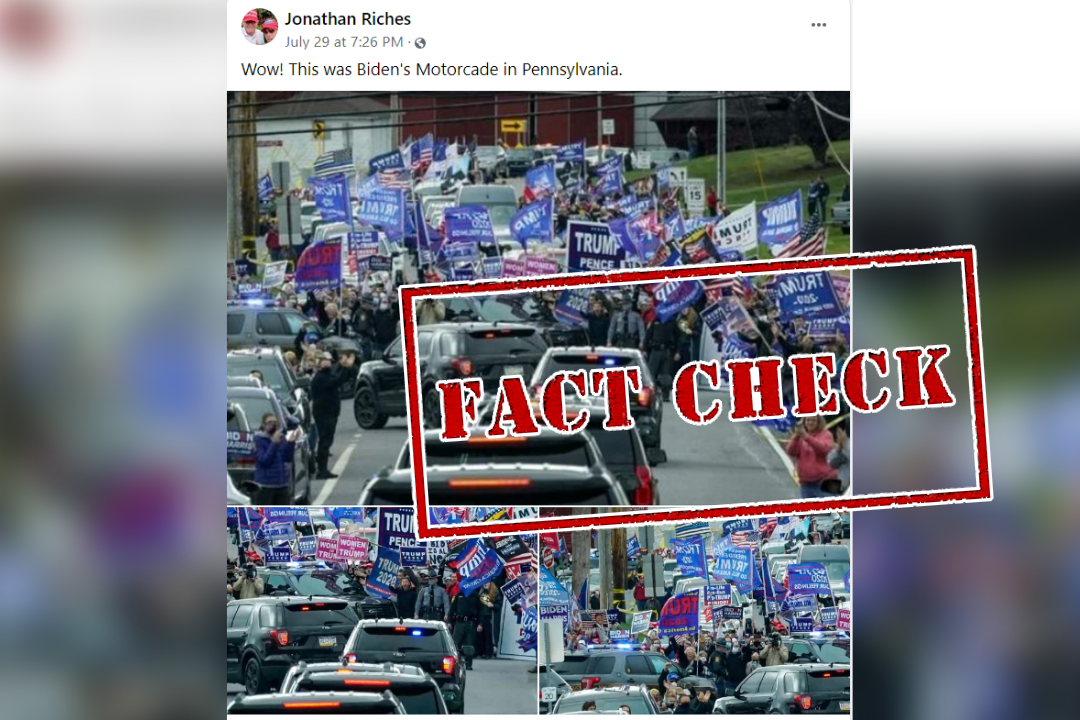 The image is shared on Facebook with a caption that reads, “Wow! This was Biden’s Motorcade in Pennsylvania.” 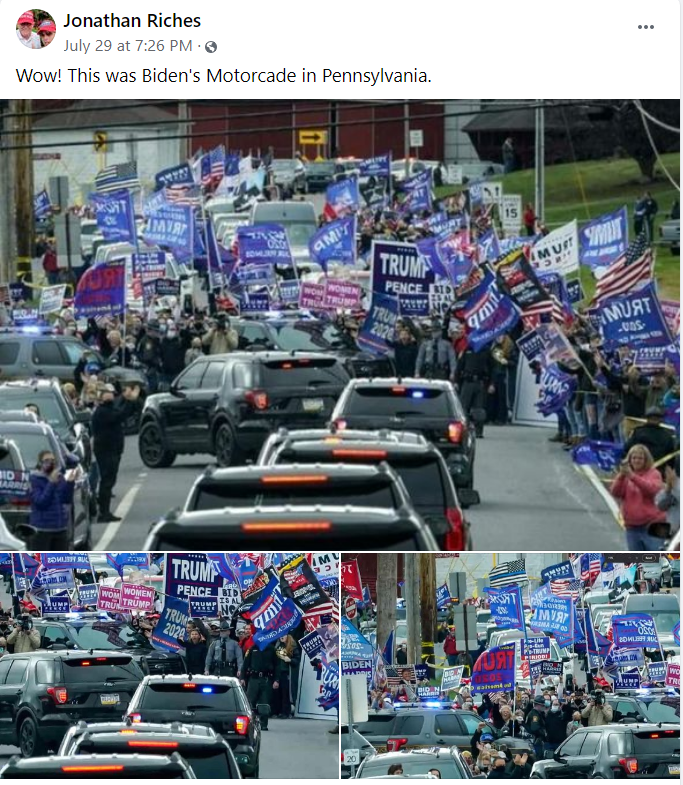 On doing a Reverse Image Search, we were directed to the Getty Images website that carried the same viral image with a caption that read, “Supporters of President Donald Trump line the road as the motorcade for Democratic presidential nominee Joe Biden makes its way to a drive-in campaign rally at Dallas High School on October 24, 2020, in Dallas, Pennsylvania. Biden is making two campaign stops in the battleground state of Pennsylvania on Saturday.” 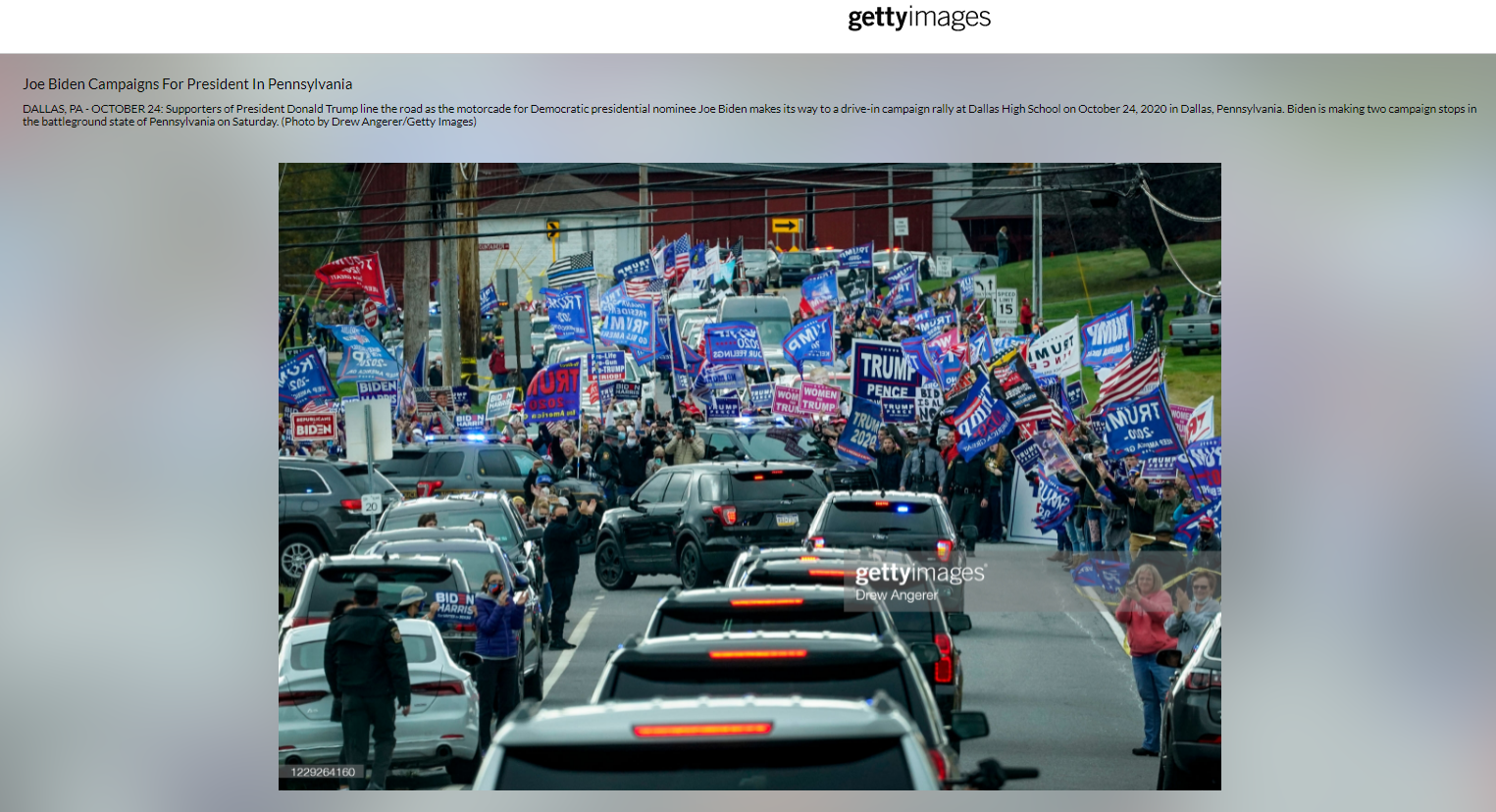 Below is the comparison of the viral image and the image from Getty Images. 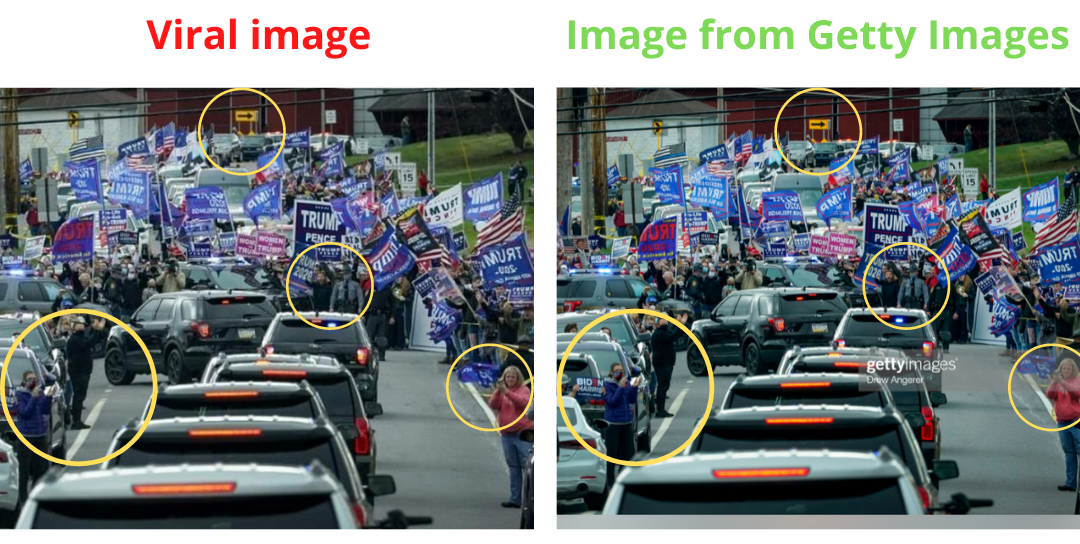 Even though it is true that Trump supporters lined sidewalks to protest Biden’s visit, the above picture is in circulation since 2020.

Thus, it is evident from the above information that an old image of Donald Trump’s supporters blocking US President Joe Biden’s motorcade is being shared as a recent one. Therefore, the viral claim is misleading.