#ArrestLucknowGirl Trends On Twitter; Here Is Why The Video Of A Girl Thrashing A Cab Driver Is Going Viral | Newsmobile
Wednesday, February 1, 2023

Home Nation #ArrestLucknowGirl Trends On Twitter; Here Is Why The Video Of A Girl... 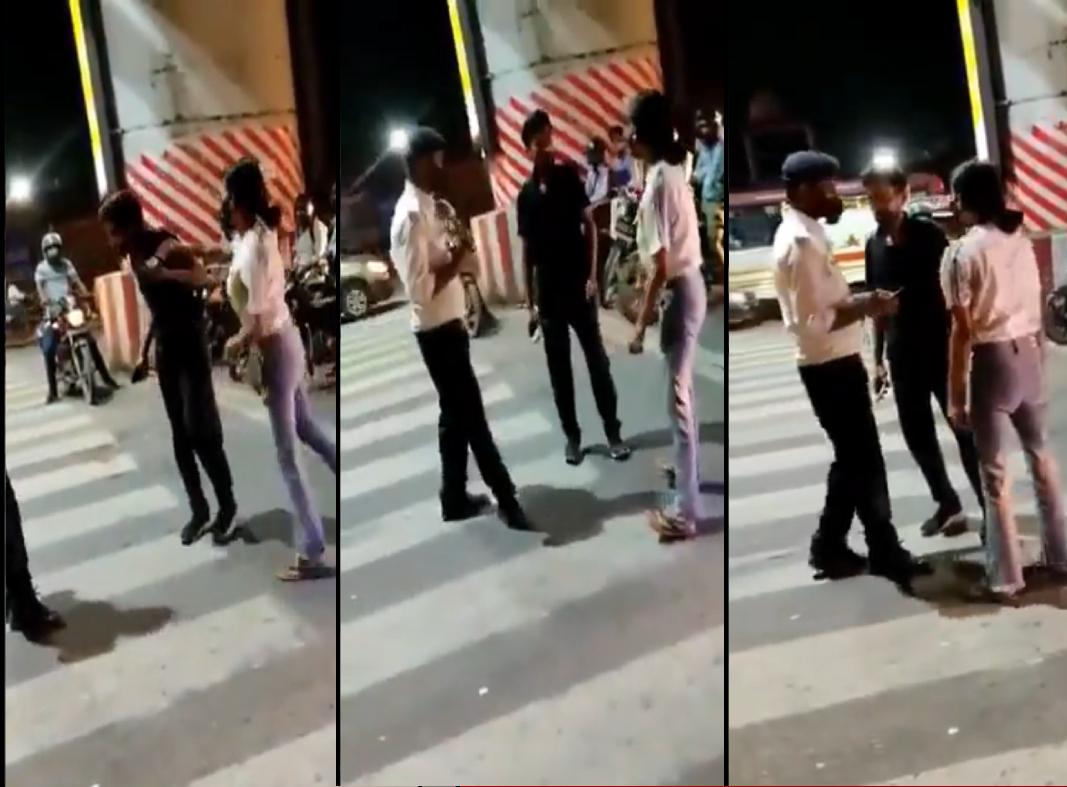 Posts with the hashtag ‘Arrest Lucknow Girl’ are trending on social media after a video of a girl beating a cab driver has gone viral.

In the video, a lady is seen thrashing a man while people can be heard saying that the girl is ill-mannered. The man accused the girl of breaking his phone and is seen asking the people to help him and call the police.

The Twitter account, Megh Updates, who first updated the video mentioned that the video is of Awadh Crossing, Lucknow, Uttar Pradesh, and the man in the video is a cab driver. The video was shared with the caption that reads, “Viral Video: A Girl Continuously Beating a Man (Driver of Car) at Awadh Crossing, Lucknow, UP and allegedly Damaging his Phone in spite of him asking for Reason.”

Viral Video: A Girl Continuously Beating a Man (Driver of Car) at Awadh Crossing, Lucknow, UP and allegedly Damaging his Phone inspite of him asking for Reason pic.twitter.com/mMH7BE0wu1

Another video of the same event is also up where the girl is seen beating the man who came to rescue the cab driver and alleged that the man hit her. She is heard asking why the man beat her and came in defense of the cab driver. In this undated video, she is heard saying in the video that the car hit her.

Even the Person who came to Save the Cab Driver was Assaulted in these undated Viral Videos.
She can be heard saying the Car Hit her pic.twitter.com/CXuUoBaLUj

This incident has initiated a debate on social media, where many social media users came in support of the man, seeking an investigation in the case and asking for justice for the cab driver.

A Twitter user, Ankit Kumar asked for people to raise their voices and sought justice for the cab driver. He tweeted, “Why people are not raising their voice.” voice.: #arrestlucknowgirl#shame#justice.”

Another Twitter user, Miss Savage opined, “It’s not about girl or boy it’s about BASIC HUMAN RIGHTS … and no one has the right to hit any other person by any means, she should be arrested!! ”

It’s not about girl or boy it’s about BASIC HUMAN RIGHTS … and no one has the right to hit any other person by any means , she should be arrested!! #ArrestLucknowGirl pic.twitter.com/BuaqqBOoQD

On one side our indian girls making proud our india & on other side these type of girls making us shame #ArrestLucknowGirl pic.twitter.com/30HFjuB9io

A Twitter user, Ishika Das tweeted, “In the name of feminism and women empowerment some women misuse the power.@Uppolice look into the matter.#ArrestLucknowGirl ”

In the name of feminism and women empowerment some women misuse the power.@Uppolice look into the matter.#ArrestLucknowGirl pic.twitter.com/nBFlAyvrf3

While there is no clarity from either side of the party about what happened, here is what  Amar Ujala reported about the incident. The report said that the Ola cab driver was driving rashly and was about to hit the girl on road. Traffic police in the area caught the cab driver and the girl started beating him. The brother of the cab driver came to his rescue and was also thrashed by the girl. Later on the intimidation of traffic police, the Krishnanagar police came on the site of the event and registered a case against the cab driver and his two brothers for disturbing the peace. The report mentioned that the incident happened on July 30, 2021, on Friday night.