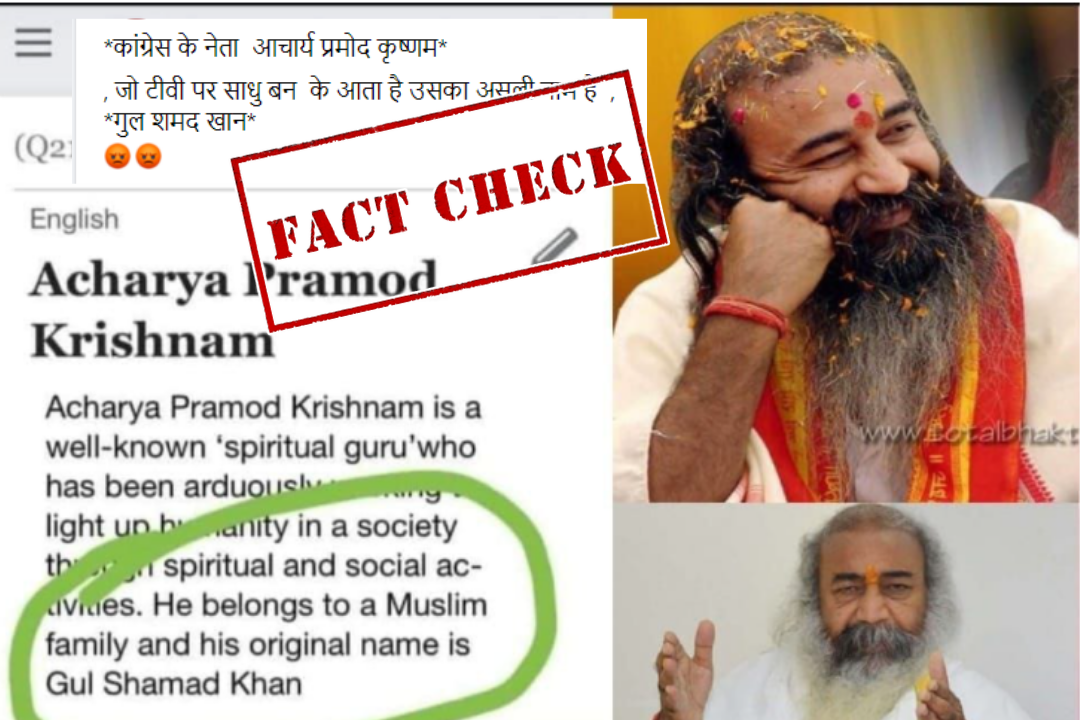 A post is doing rounds on social media with a claim that Congress leader and spiritual guru Acharya Pramod Krishnam’s real name is Gul Shamad Khan.

The post shows a snapshot of Wikipedia that states ‘Acharya’s original name is Gul Shamad Khan’. 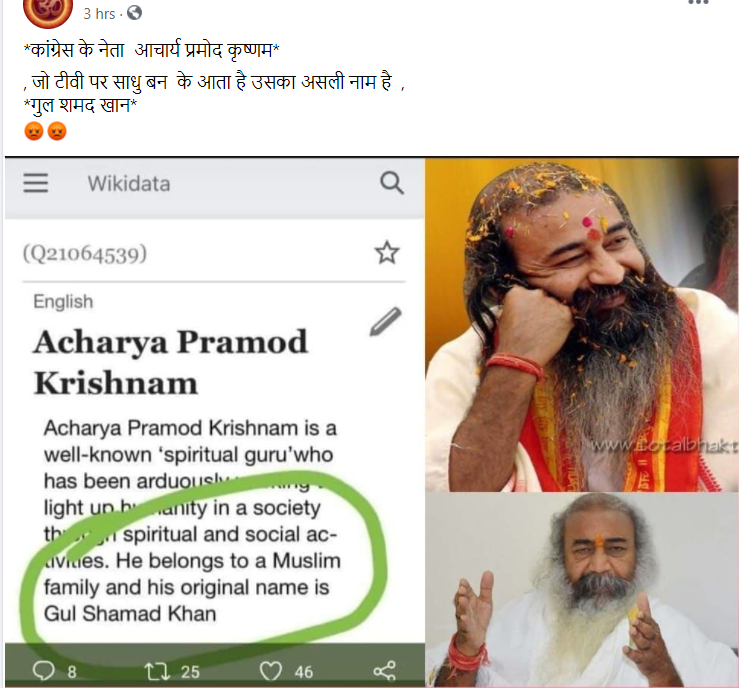 The above post can be seen here. Similar posts here, here, here and here.

Congress leader Acharya Pramod Krishnam contested the 2019 general elections from Lucknow constituency. On putting some keywords through Google search, we found the election affidavit filed by him.

In the affidavit, he had mentioned his name as Acharya Pramod Krishnam and his father’s name as Late Jaswanth Singh. He did not mention any other aliases to his name. 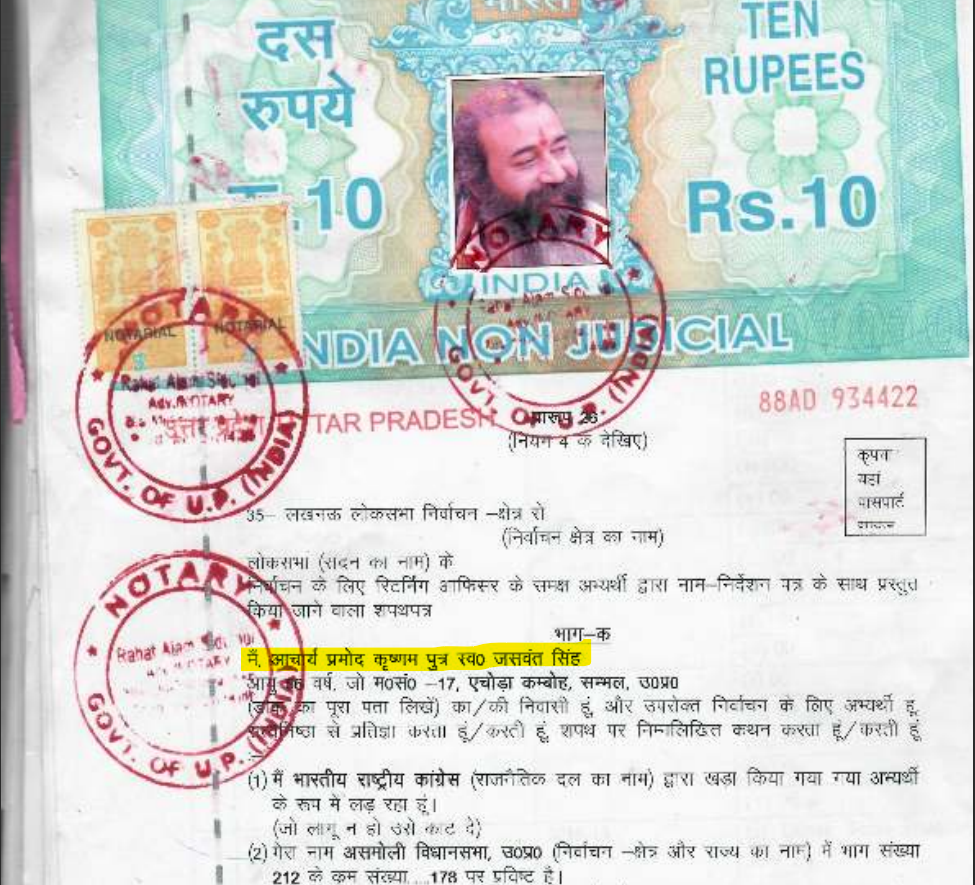 Further, we found a report by Business Standard dated April 20, 2019. “Who is Acharya Pramod Krishnam? (IANS Interview)”, the headline of the report read. The report states that Krishnam was ‘born on January 4, 1965, in a Brahmin family in Bihar’. 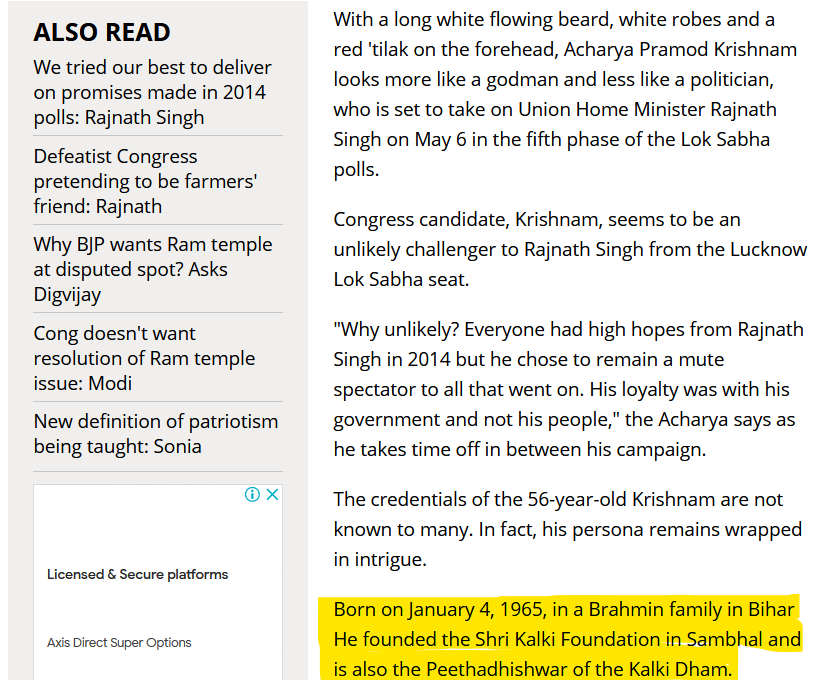 Lastly, we checked the revision history of Achraya’s Wikipedia page and found the sentence ‘He belongs to a Muslim family and his original name is Gul Shamad Khan’ is added on May 4, 2021. No citation has been provided for the edited information. However, the information is again edited on 13 July 2021 and the sentence about his ‘original name’ and ‘Muslim family’ has been removed.

How does Wikipedia work?

Wikipedia is written collaboratively by largely anonymous volunteers. Anyone with Internet access can write and make changes to Wikipedia articles, except in limited cases where editing is restricted to prevent further disruption or vandalism.
Wikipedia is not a reliable source for citations because it can be edited by anyone at any time, any information it contains at a particular time could be vandalism, a work in progress, or just plain wrong.

The above information proves that Acharya Pramod Krishnam’s real name is not Gul Shamad Khan. Hence, the claim attached to the post is FAKE.