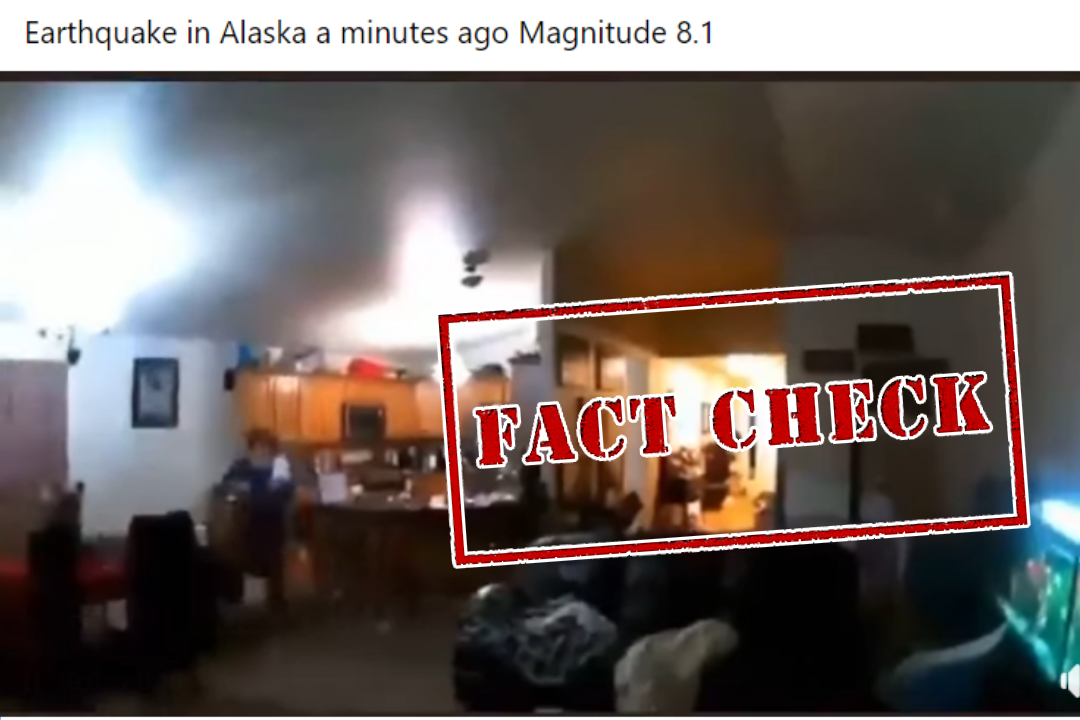 A video is being shared on social media claiming to be of a recent earthquake in Alaska. Alaska was hit by an 8.2 magnitude earthquake on July 29, 2021.

The video is shared on Facebook with a caption that reads, “Earthquake in Alaska a minutes ago Magnitude 8.1.” 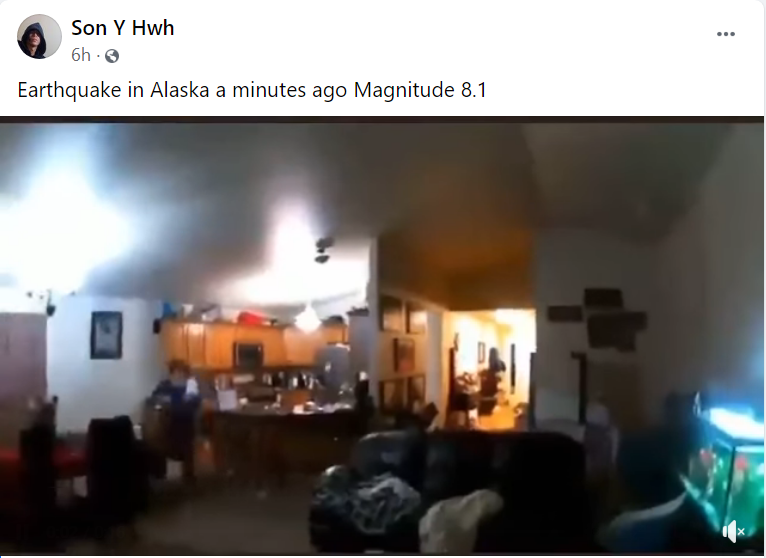 A Reverse Image Search on the keyframes from the video directed us to a tweet dated December 1, 2018, that carried the same viral video. The tweet text reads, “#akearthquake #Earthquake .@Ch2KTUU  just a little bit shaken this morning.”

Searching further, we found the same video uploaded on Facebook by a US-based meteorologist Jordan Steele on December 1, 2018. The caption of the video reads, “Alaska earthquake video from inside a home WOW. so scary. This video comes from JAMES EASTON. The scary thing is the entire west coast is expecting to see more of these in the coming years.”

Taking a cue from this, we found out that on November 30, 2018, Anchorage (Alaska’s largest city) was hit by a 7.0 magnitude earthquake and the viral video dates back to 2018 and is not recent.

More searches led us to several media outlets that carried the same video in 2018 with a description, “Anchorage earthquake coverage.” The viral video can be seen from 2:43:23 seconds.

Thus, it is evident from the above information that an old video of an earthquake hitting Alaska is being shared as a recent one. Therefore, the viral claim is misleading.