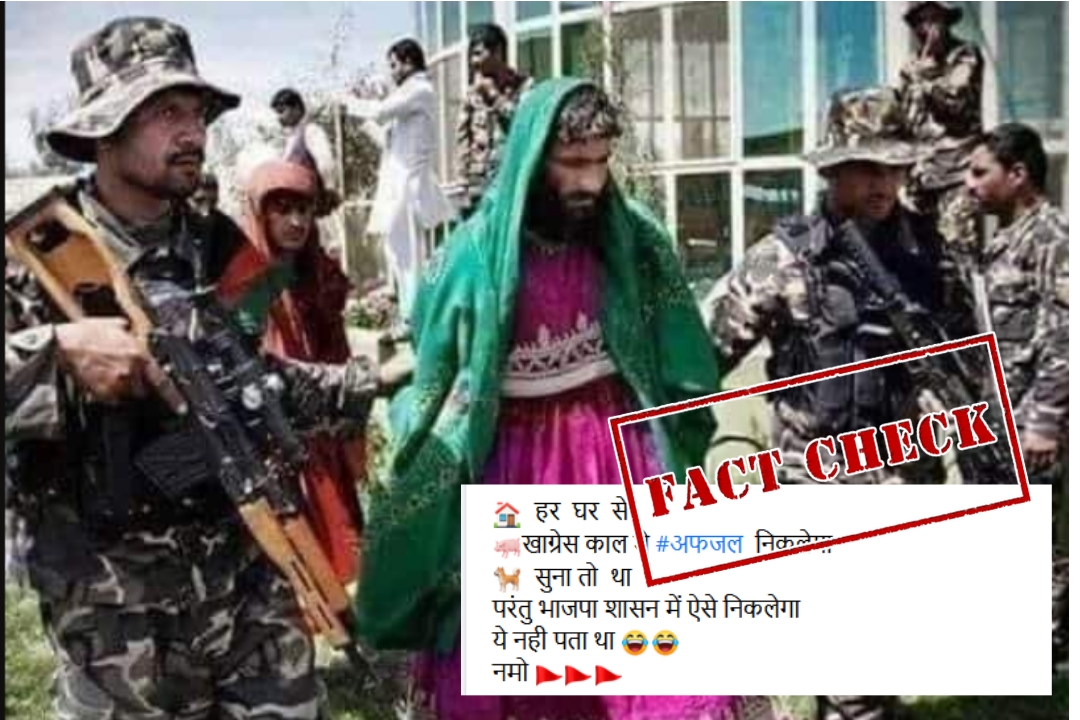 A picture of a man dressed as a woman being taken away by security personnel is doing rounds on social media with the claim that it shows a terrorist captured in India.

We put the picture through Reverse Image Search and found the picture on The Atlantic website. It was taken in 2012 in Afghanistan. 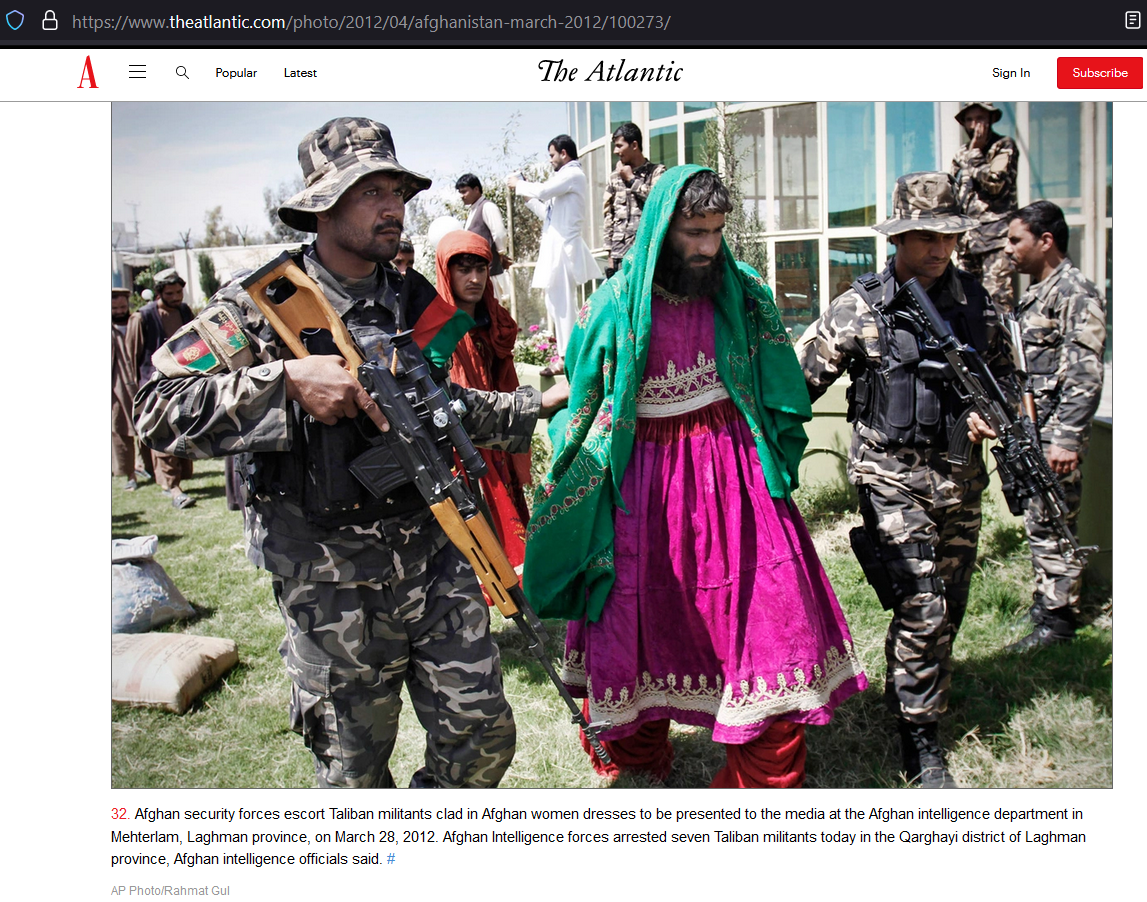 The above picture was accredited to AP images. Taking a cue from this, we ran another search along with relevant keywords and found the same image on the AP Images website.

“In this March 28, 2012 file photo, Afghan security forces escort Taliban militants clad in Afghan women dresses to be presented to the media at the Afghan intelligence department in Mehterlam, Laghman province, east of Kabul, Afghanistan”, the description of the image read. 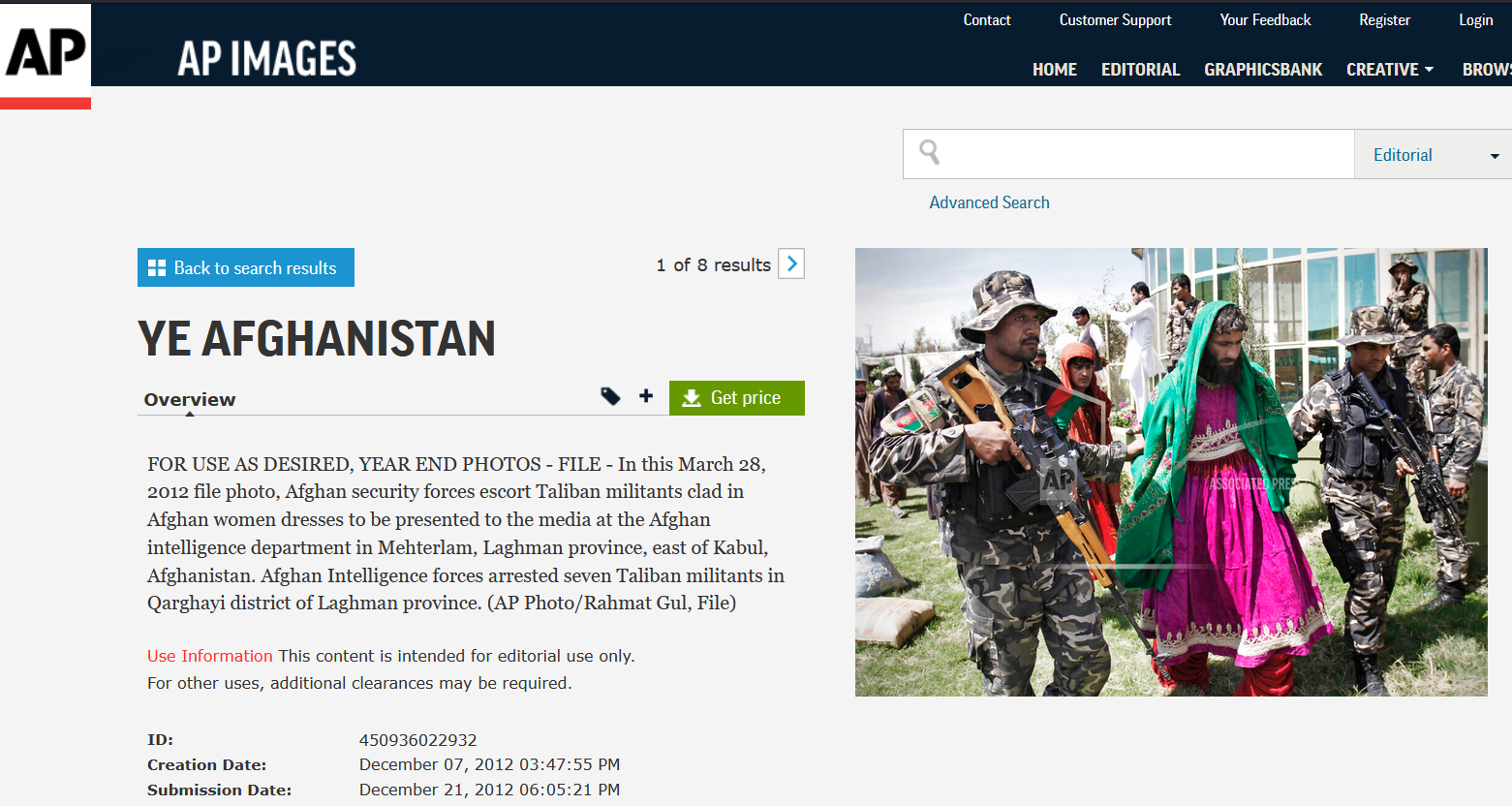 More pictures of the incidents can be seen here.

Hence, based on the above information, we can say that the picture is old and not from India.