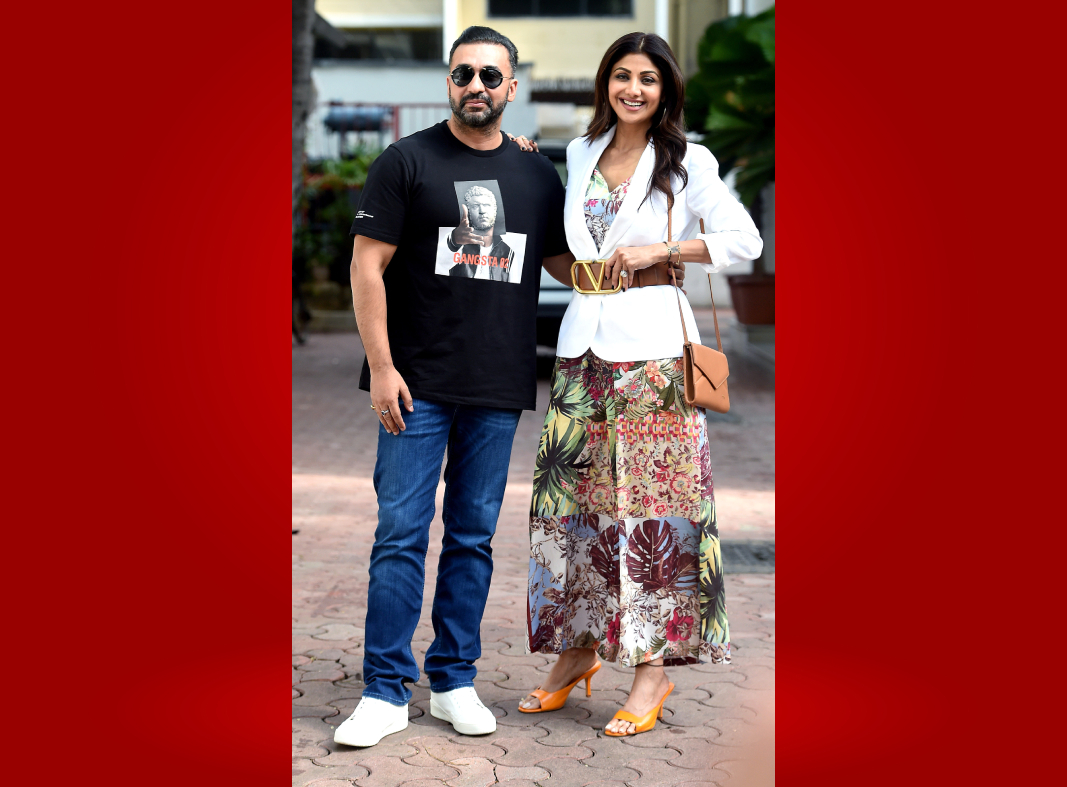 The Securities and Exchange Board of India (SEBI) on Wednesday imposed a penalty of Rs 3 lakh on Hungama 2 actor Shilpa Shetty Kundra, her businessman husband Raj Kundra alias Ripu Sudan Kundra and their company Viaan Industries for violation of its Insider Trading rules.

As per the SEBI order, the fine has been imposed on Kundra, Shetty, and their company for a delay of three-year in the mandatory disclosure to stock exchanges. The market regulator said the penalty has to be paid jointly and severally by Kundra and Shetty, who are promoters of Viaan Industries. “Securities and Exchange Board of India had conducted an investigation into the trading/dealings in the scrip of Viaan Industries Limited (formerly known as Hindustan Safety Glass Industries Limited), during the period September 01, 2013, to December 23, 2015. Pursuant to the investigations, it was observed that Ripu Sudan Kundra, Shilpa Shetty Kundra, and Viaan Industries Ltd had allegedly violated the provisions of Regulations 7(2)(a) and 7(2)(b) of SEBI (Prohibition of Insider Trading) Regulations, 2015,” SEBI order said.

As per Regulation 7(2) (a) of SEBI’s Prohibition of Insider Trading Rules, 2015, promoters of the company are required to disclose their transaction to the company within two days, if the amount exceeded Rs 10 lakh, following which the company has to relay the disclosure to the stock exchanges within two trading days.

SEBI said the transaction value of Kundra and Shetty’s share was Rs 2.57 crore each; however, the final disclosures were made in May 2019 for the 2015 transaction.
The market regulator further ordered the Notices–Kundra, Shetty and their company– to remit/pay the penalty within 45 days of the receipt of the order.

Kundra was arrested by the police on July 19 along with 11 other people on charges related to the alleged creation of pornographic films. He has been named as the key conspirator by the Mumbai Police which has slapped charges against him under Sections 420 (cheating), 34 (common intention), 292, and 293 (related to obscene and indecent advertisements and displays) of the Indian Penal Code (IPC) besides relevant sections of the IT Act and the Indecent Representation of Women (Prohibition) Act, said the police.

On Sunday, the police had informed that four employees of Kundra have turned witnesses against him in the pornography racket case, increasing troubles for him.

On Monday, the Bombay High Court adjourned the hearing on Kundra’s bail plea till Thursday. The court has also asked the investigating officer to remain present during the hearing in the pornography racket case.

The court has not given any interim relief to the businessman.

Kundra and his associate Ryan Thorpe have been sent to judicial custody for 14 days.

On Tuesday, Mumbai Crime Branch said that actor Shilpa Shetty has also not been given a clean chit in the pornography racket case yet, where her husband and businessman Raj Kundra is the prime accused.

According to officials forensic auditors have been appointed to investigate the transactions in all the accounts of the people involved in the case.