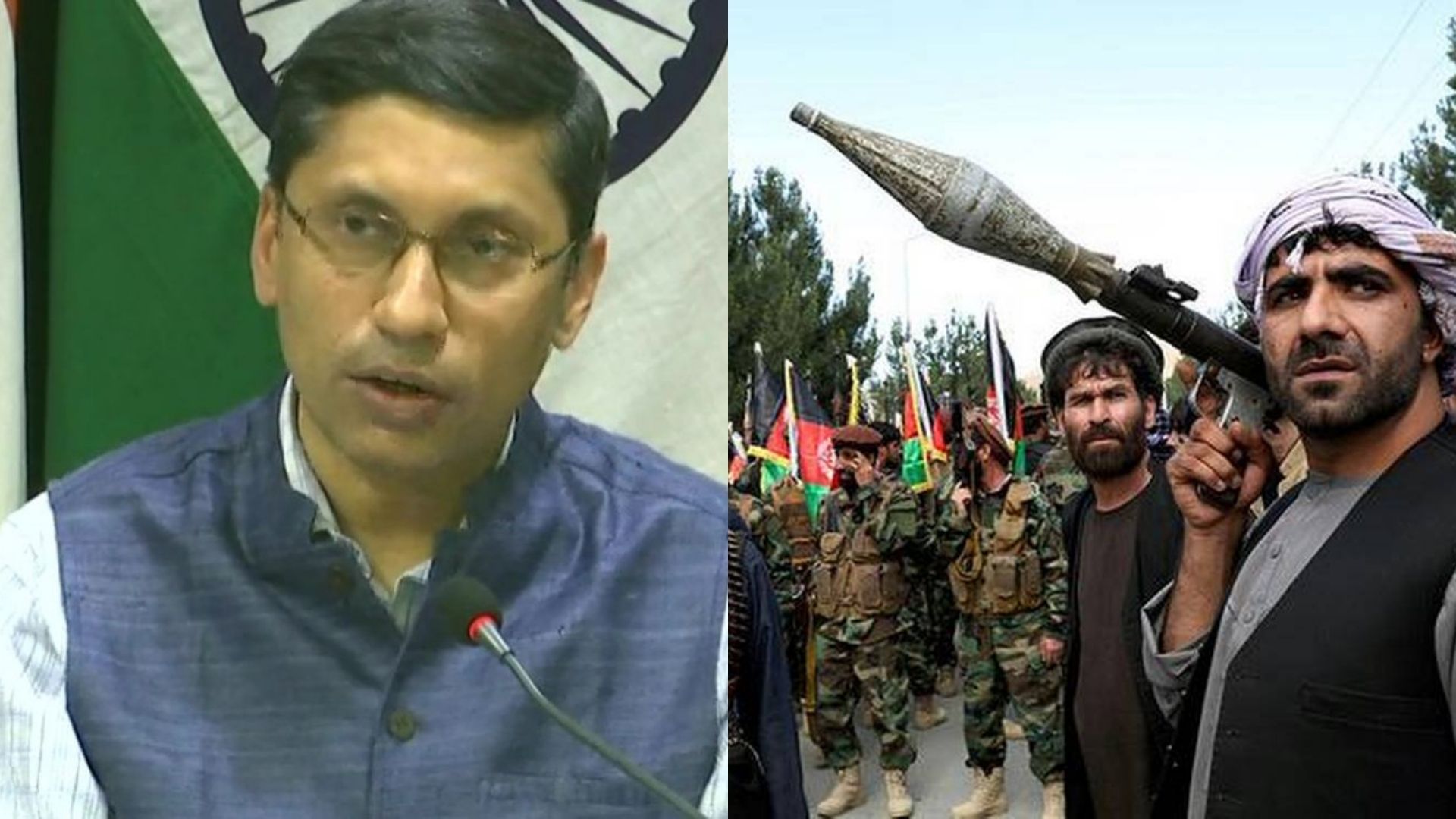 India on Thursday reiterated that it wishes to see an independent, sovereign, democratic and stable Afghanistan amid rising violence by the Taliban in the war-torn country.

Ministry of External Affairs (MEA) spokesperson Arindam Bagchi in a press briefing said, “I would like to reiterate, India and the world wishes to see an independent, sovereign, democratic and stable Afghanistan which is at peace with itself and its neighbours.” Regarding a question on meeting between China Foreign Minister and Taliban representatives, Bagchi said, “We have seen media reports. We are closely monitoring these developments in Afghanistan. You would have heard External Affairs Minister (EAM) S Jaishankar speak at length on our perspective about the situation in Afghanistan during his press conference with US Secretary of State Antony Blinken yesterday.”

Bagchi also warned of the forceful imposition of the Taliban in Afghanistan. “Unilateral imposition of will by any party will not be democratic, cannot lead to stability, and cannot provide legitimacy. Gains over the last two decades should be preserved,” he said.

Blinken, during his two-day India visit, discussed a range of bilateral and regional issues including Afghanistan, Indo-Pacific, and COVID-19 cooperation. During Blinken’s visit, Jaishankar on Wednesday said he articulated India’s position at a presser that was jointly held with the US Secretary of State. “We were very clear that there must be a negotiated, political settlement in Afghanistan.”

“We (EAM & US Secy of State) had a very detailed discussion on Afghanistan. I articulated our position at a press conference that was jointly held with the visiting US Secy of State. We were very clear that there must be a negotiated political settlement in Afghanistan.”

Jaishankar had underlined the importance of peace negotiations in Afghanistan and spoke against the unilateral “imposition of will” in the war-torn country while calling for preserving the gains made over the past two decades.

During a joint presser with Blinken, Jaishankar had said, “The gains to Afghan civil society, especially rights of women, minorities and social freedom — over the last two decades are self-evident. Afghanistan must never be home to terrorism, nor become a source of refugees.” “We are very much engaged in the diplomacy of working to bring parties together at the table for the resolution of the conflict in Afghanistan,” added the US State Secretary.

The timing of Blinken’s remarks is significant. On Tuesday, frontline Taliban leader Mullah Baradar Akhund met Chinese Foreign Minister Wang Yi to seek the support of Beijing is expanding its footprint in Afghanistan.