Home NM FACT CHECKER Fact Check: No, This Viral Video Is NOT From Mount Kailash But... 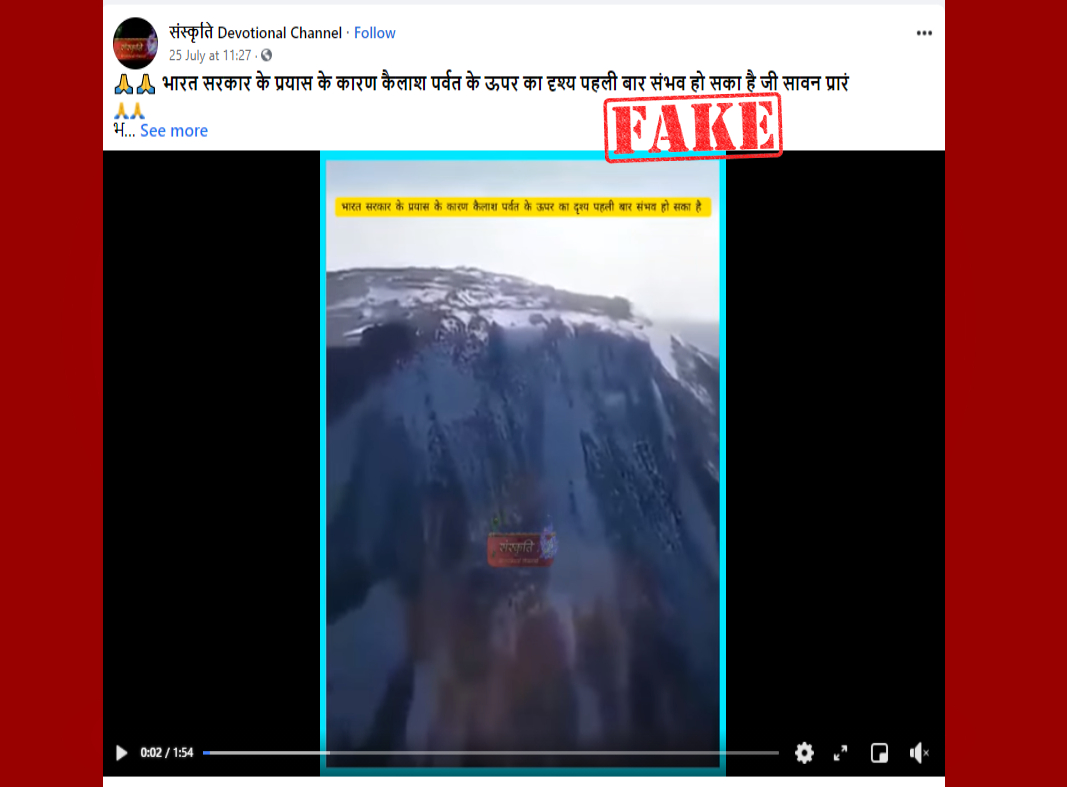 A video of an aerial view of a mountain top has gone viral on social media with a claim that it shows Mount Kailash, mythologically considered an abode of Lord Shiva. 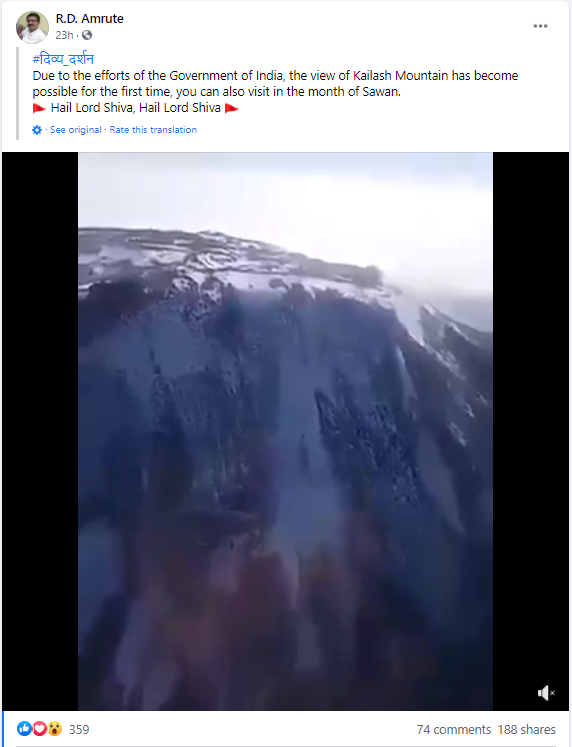 The link to the above post can be seen here. 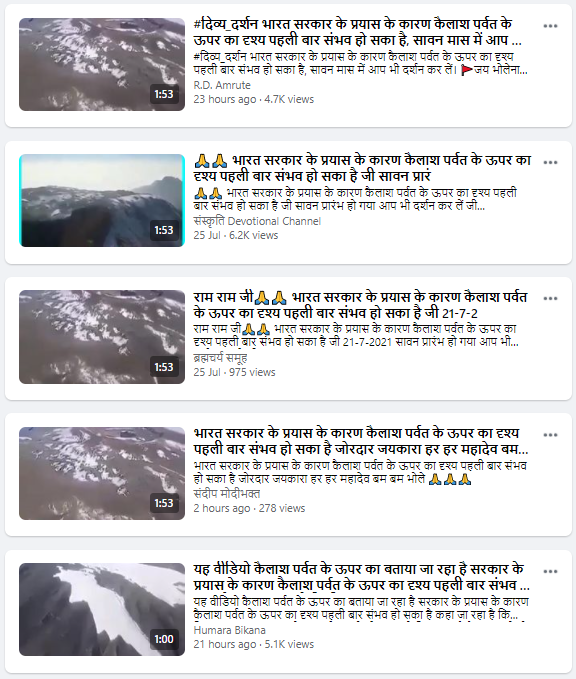 On breaking the video into multiple keyframes using InVid tool and then doing a Yandex Reverse Image Search, we found that a similar image was uploaded by a YouTube channel on April 16, 2012, with the title that reads, ‘Kilimanjaro Reusch crater’. 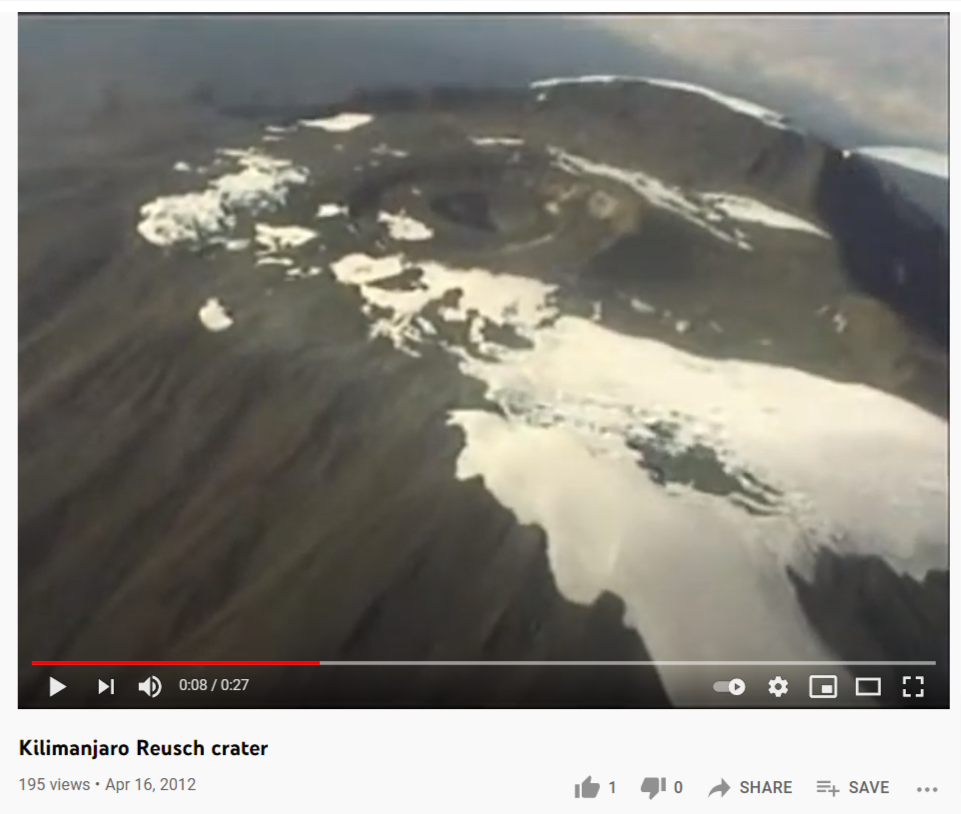 We compared a screengrab of the viral video with the original video and found a crater (an approximately circular depression) on the top of the mountain in both images. 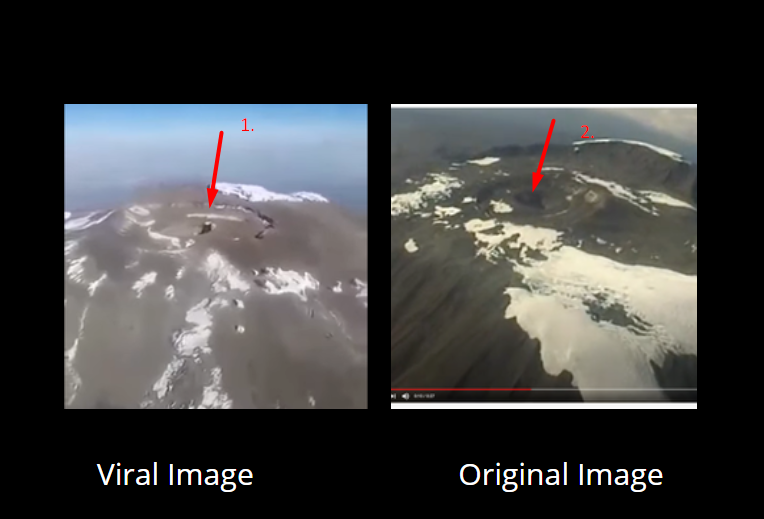 Taking a cue from this, we searched for videos of Mount Kilimanjaro and found a video, similar to the viral video, uploaded by a Facebook page named Siafu Tanzania Safaris.

The caption associated with the image read, ” July 22 2020 Precision Air, Nairobi to Kilimanjaro, the pilot A. Remtullah Rizwan did a 360 degrees turn around Mount Kilimanjaro, very clear day, could see climbers ascending to crater, steep slopes and snow. #Mount #Kilimanjaro is a dormant volcano in Tanzania. It has three volcanic cones: Kibo, Mawenzi and Shira. With 5,895 meters Kilimanjaro is Africa’s highest peak and the world’s highest free-standing mountain. Kilimanjaro has become a major destination for mountaineers and trekkers from around the world. There are seven established routes to climb Mount Kilimanjaro – Marangu, Machame, Lemosho, Shira, Rongai, Northern Circuit and Umbwe. The Marangu, Machame, and Umbwe routes all approach from the south of the mountain (Mweka is used only for descent). The Lemosho, Shira and Northern Circuit routes approach from the west. The Rongai route approaches from the north. Thinking about climbing Kilimanjaro? Ask us about information [email protected] www.siafutanzaniasafaris.com” 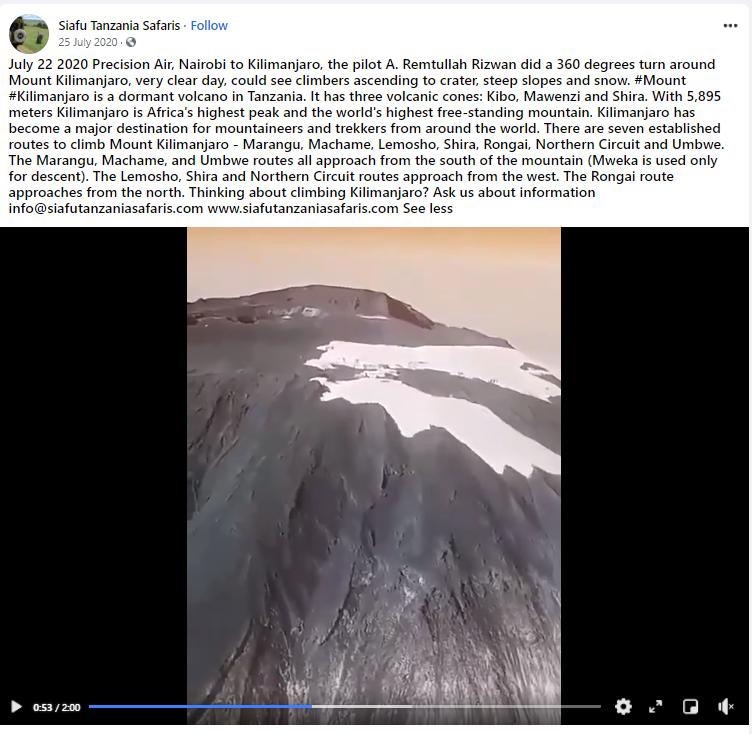 We also found that Mount Kilimanjaro is cratered in the form of three concentric circles.

Hence, we can evidently conclude that the viral video is of Mount Kilimanjaro in Tanzania and NOT Mount Kailash.