Amid the rising tension at the Assam-Mizoram border, a video of people in uniform raising slogans against Prime Minister Modi is being shared on social media.

The post is being shared with the caption that translates to, “Thousands of jawans left for their homes from Silchar after leaving their work. Shouting slogans of ‘Go Back Modi’. Remove Modi save the country.” 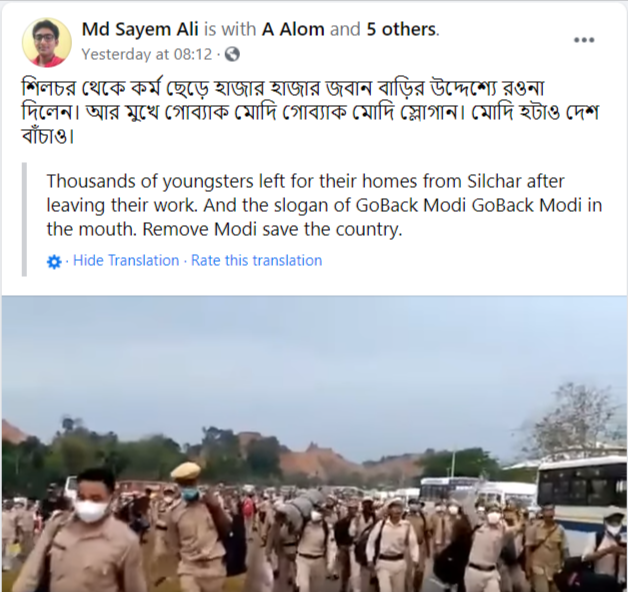 While searching for similar posts on Facebook, we found that the same video was shared on Facebook on April 1, 2021 with a similar caption. 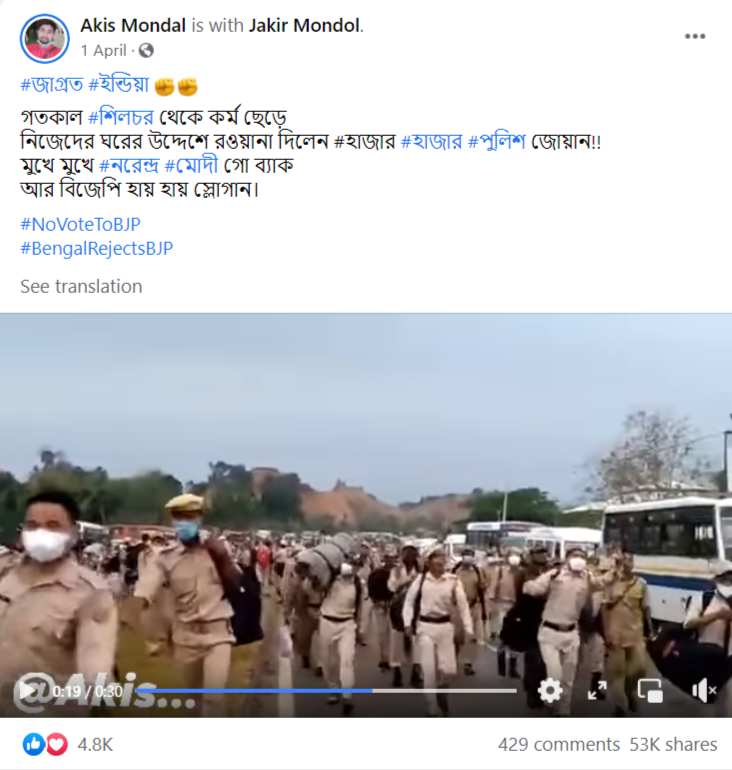 We extracted the keyframes of the video and put them through Reverse Image Search along with some keywords. The search led us to a video report by Northeast Live uploaded on YouTube on March 31, 2021. 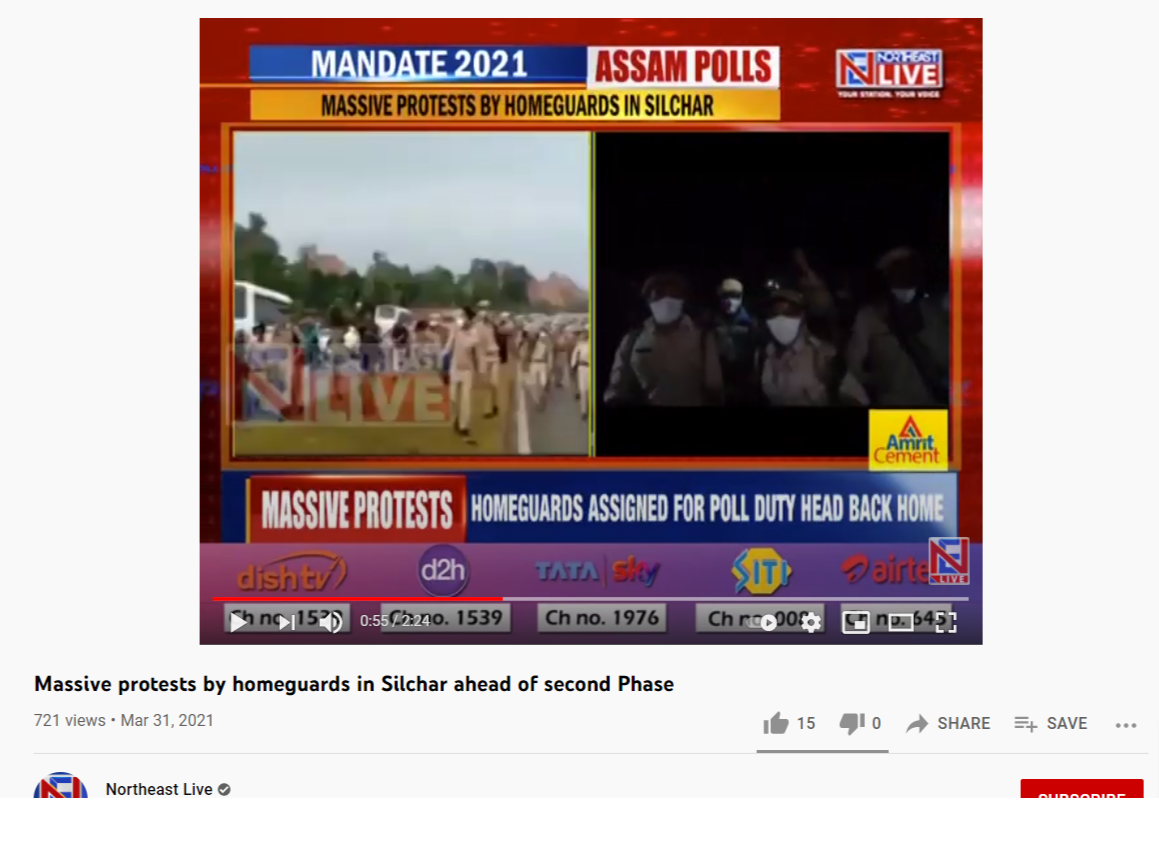 The reported carrying similar visuals mentioned that around ‘2,000 home guards who had come from different parts of Assam to Cachar for poll duty went back to their homes, alleging deprivation of proper lodging facilities as well as non-payment of dues’.

Further, we also found a similar article by Hindustan Times dated March 31, 2021, with the headline, “Assam: 1,500 home guards cite mistreatment, threaten to leave ahead of polling”. 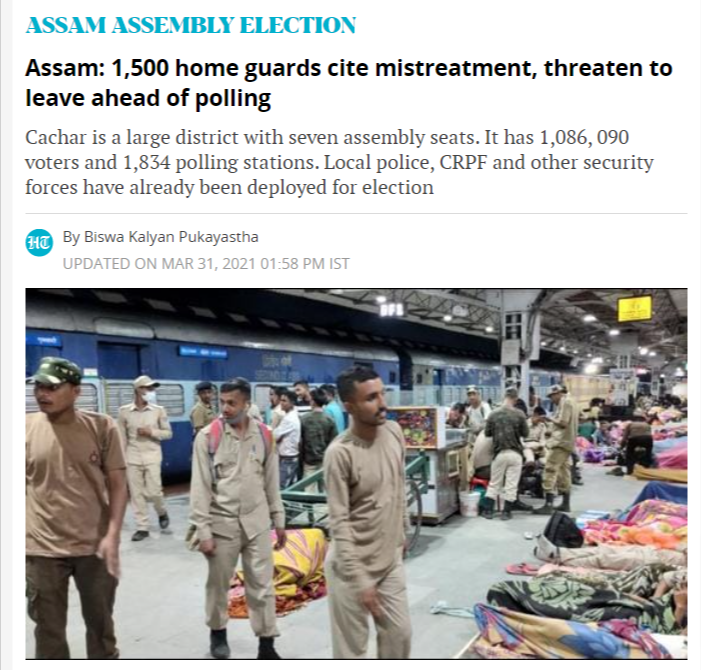 According to the report, around 1,500 home guards came to the Cachar district in Assam after being deployed for the first phase of the Assam assembly elections. However, they complained that the local administration did not arrange proper food, shelter and water for them. Also, they claimed, that they were supposed to get ₹5,100 for three days of duty, but the Cachar administration gave them only ₹900.

Hence, from the above information, it is clear that the video is old and not related to the current Assam-Mizoram border crisis.