Home NM FACT CHECKER Fact Check: Did A Bull Kill A Man From The Minority Community... 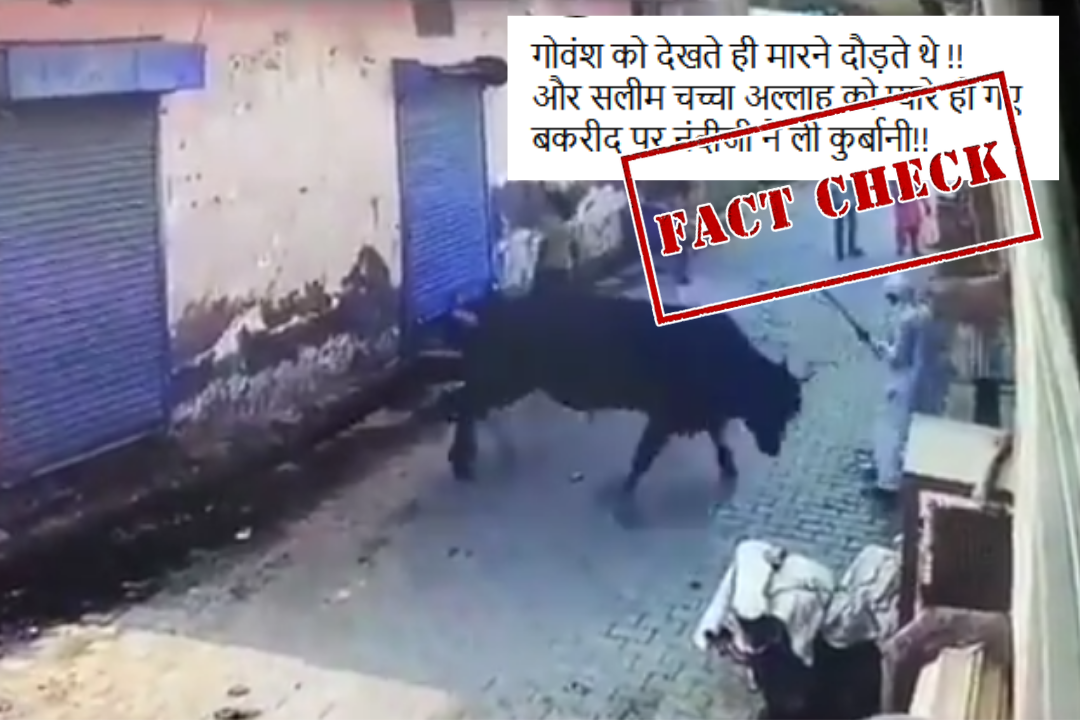 A video of a bull attacking and tossing an elderly man in the air is doing rounds on social media. The caption attached to the video claims that a man, Salim, who was attacked by the bull belongs to the minority community. It further insinuates that the incident took place on Eid (July 21, 2021).

(Translation- He used to hit cows and now a bull has killed him. Nandi ji took sacrifice on Bakrid!!) 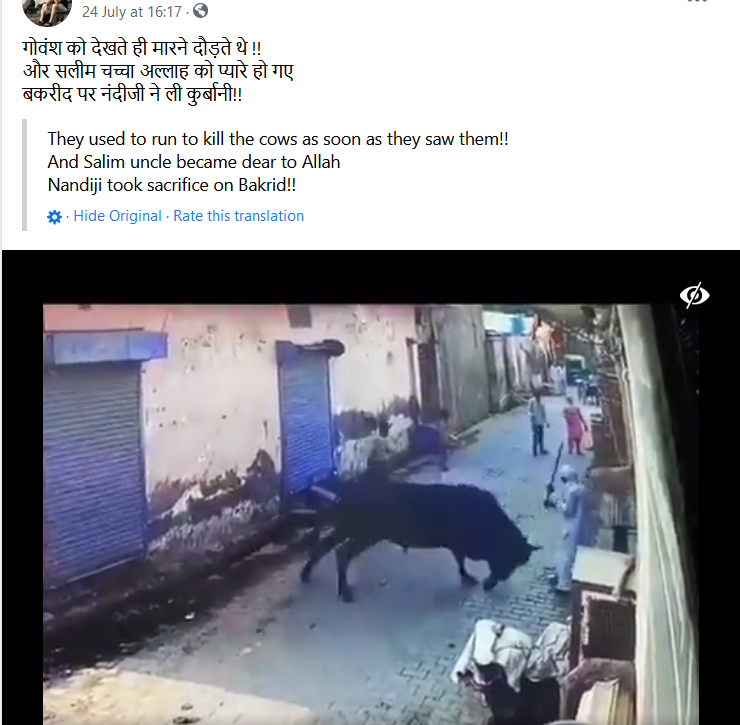 The above post can be seen here. Similar posts here, here, here and here.

On putting some keywords through Google search, we found a report by The Tribune published on July 12, 2021. The headline of the report read, “Bull goes berserk, kills elderly man”.

According to the report, a stray bull went berserk on July 11 and killed an elderly man, Deep Chand (65) in Saundhapur village, Haryana. 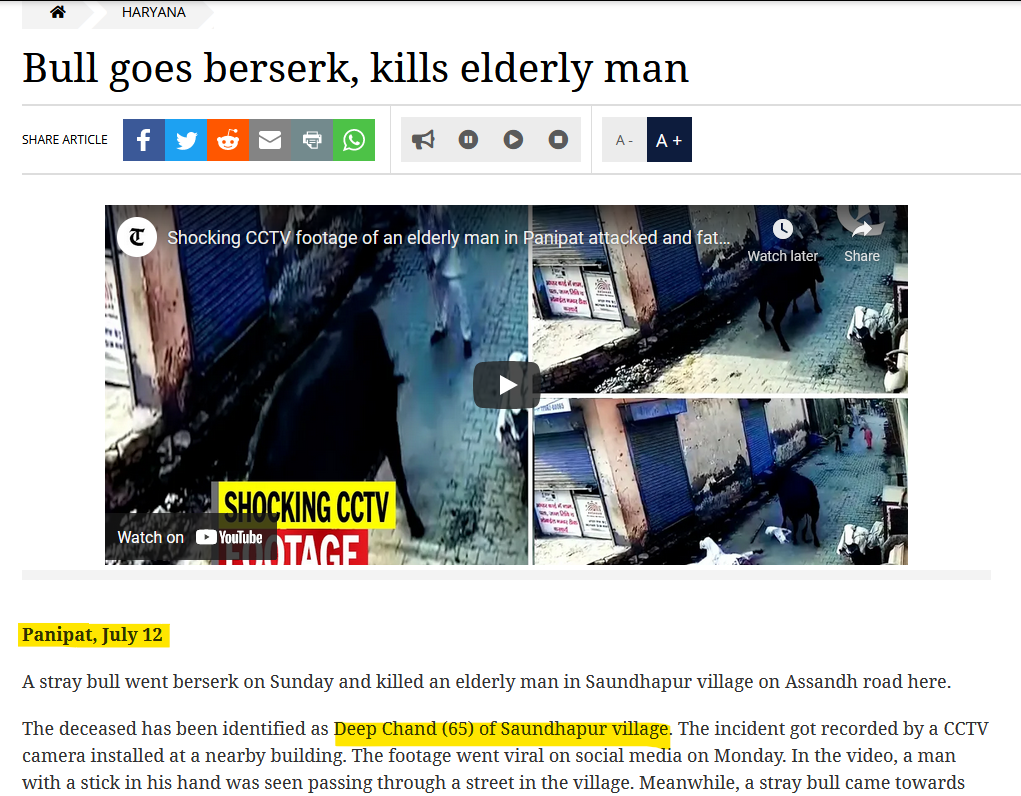 The report further mentioned that people gathered on the spot and rushed Deep Chand to a private hospital from where doctors referred him to PGIMS Rohtak.

ETV Bharat documented the developments in the case as well and revealed that the victim, Deep Chand, succumbed to his injuries on July 12. 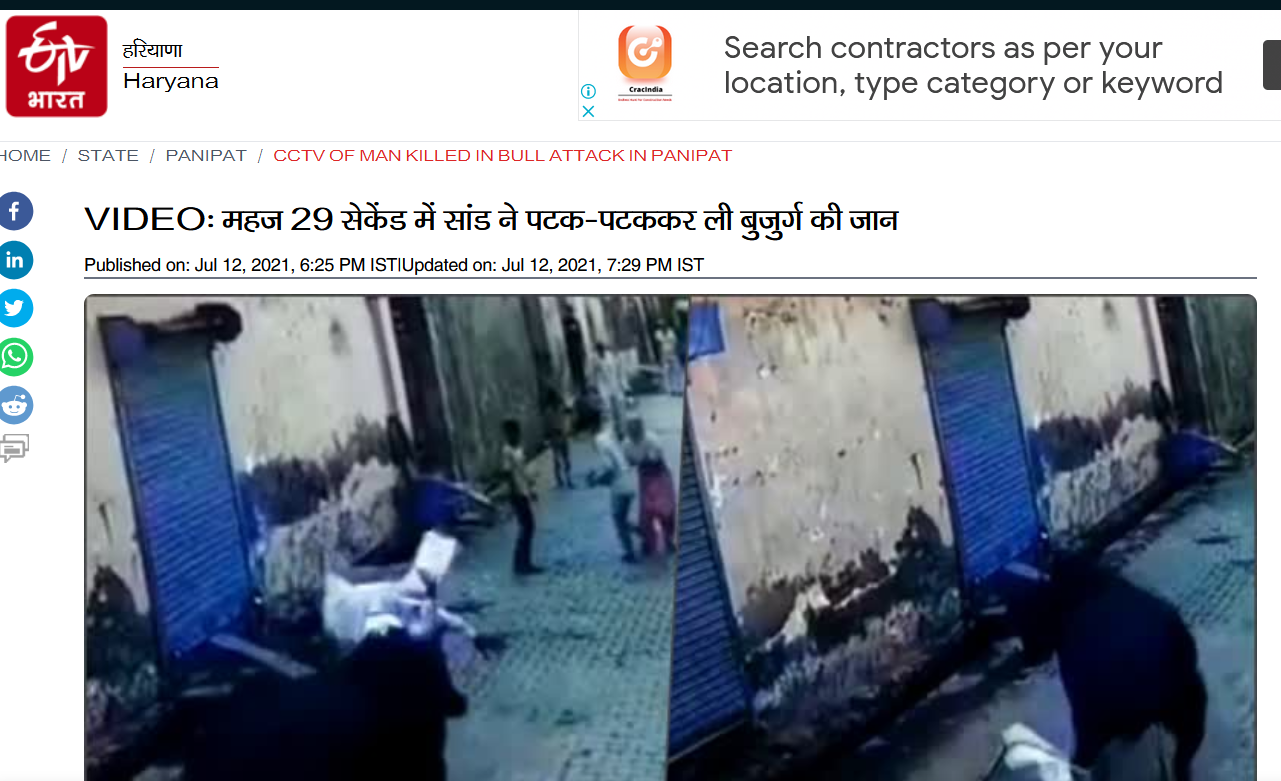 A picture of the deceased was also embedded in the report. 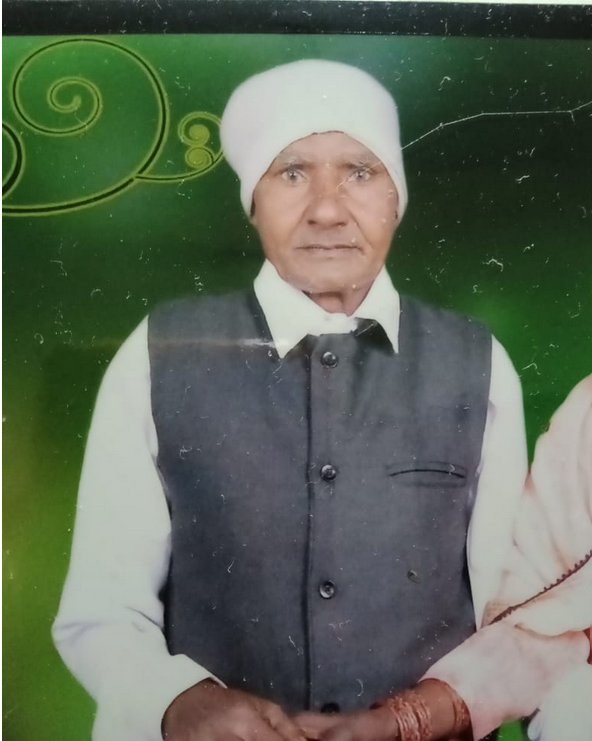 Further, we found that that the Sarpanch of Sondhapur, Rajesh Kumar, confirmed that Deep Chand did not belong to the minority community.

The above information proves that neither the man belonged to the minority community nor the incident took place on Eid. Hence, the claim attached to the video is FAKE.