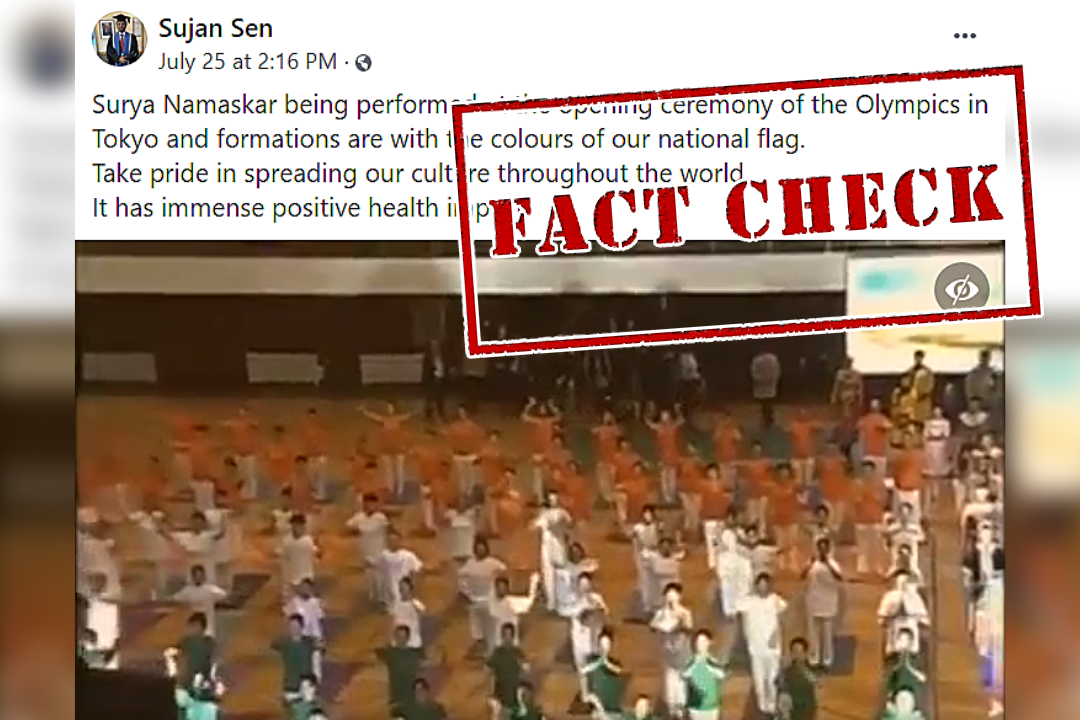 A video has gone viral on social media in which a group of people can be seen performing Yoga and doing Surya Namaskar. It is being claimed that it shows athletes performing Surya Namaskar at the opening ceremony of the Tokyo Olympics 2020 with the Indian National Flag as the dress code.

The post is shared on Facebook with a caption that reads, “Surya Namaskar being performed at the opening ceremony of the Olympics in Tokyo and formations are with the colours of our national flag. Take pride in spreading our culture throughout the world. It has an immense positive health impact.” 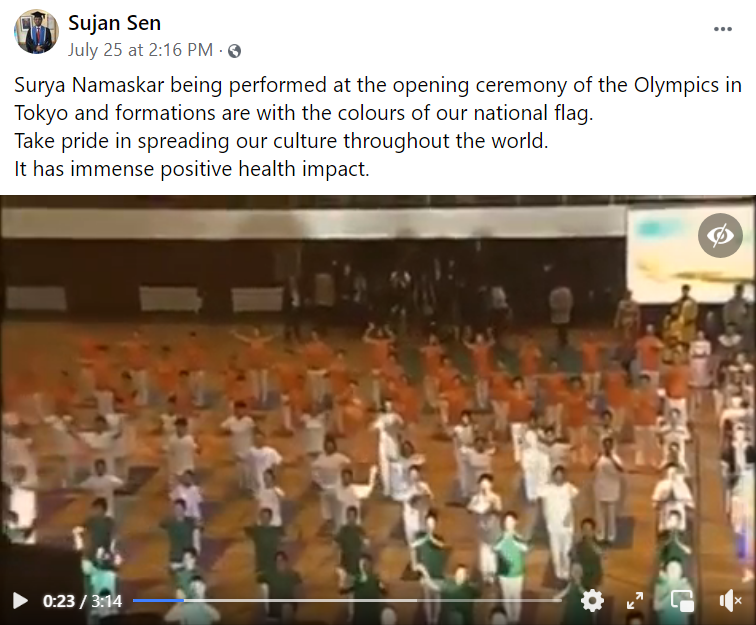 We did a Reverse Image Search on the keyframes from the video and it directed us to a YouTube video uploaded on the official channel of PM Narendra Modi on May 17, 2015.

The video description read, “The Prime Minister, Shri Narendra Modi at the Community Reception and Yoga Event, organised by “Art of Living”, in Ulaanbaatar, Mongolia on May 17, 2015.”

Searching further, we found many news articles published in 2015 that stated that PM Modi had visited Mongolia in 2015 to forge bonds between the two countries.

The Art Of Living also tweeted about the same event that carried glimpses of the viral video. The tweet text reads, “#Mongolia #ArtOfLiving welcomes @PMOIndia @narendramodi and @elbegdorj for ‘United in Spirit’ event.” The tweet was uploaded on May 17, 2015.

The Ministry of External Affairs had also tweeted about this event on May 17, 2015.

The opening ceremony of the Tokyo Olympics 2020 was held on July 23, 2021. Here are the glimpses from the ceremony. However, none of the images and videos match the viral video.

Thus, it is evident from the above information that an old video from Mongolia is being falsely shared as athletes performing Surya Namaskar at the opening ceremony of the Tokyo Olympics 2020.