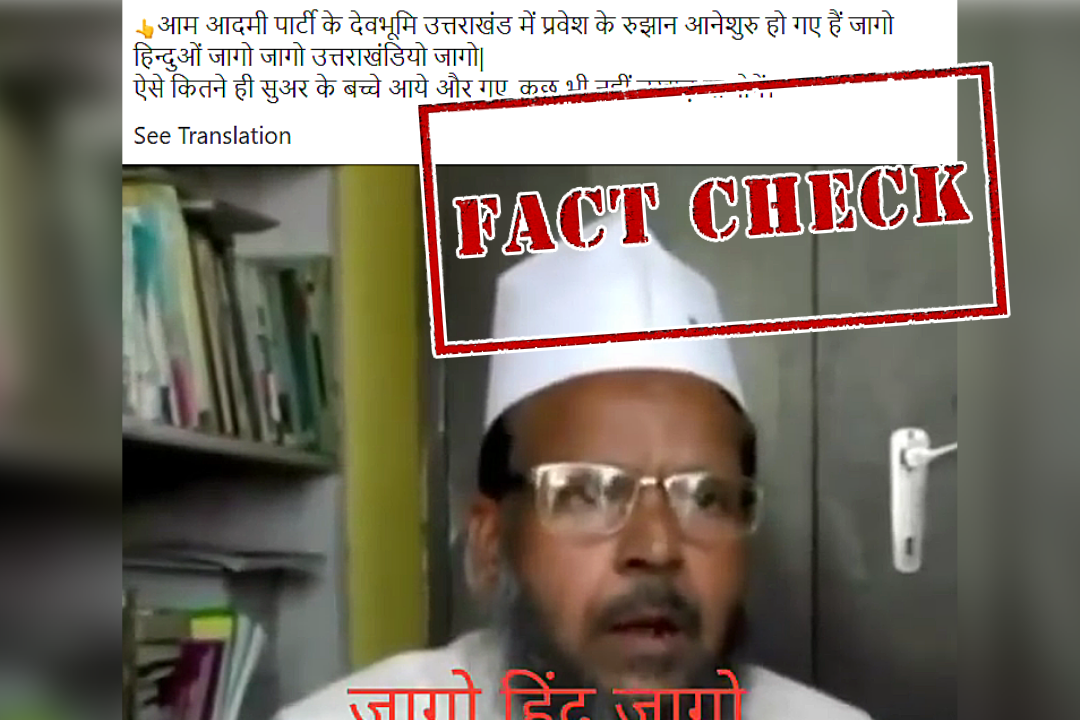 A video in which a man can be heard saying that the Badrinath Temple in Uttarakhand should be given to the Muslim Community is being shared on social media. It is being claimed that it shows the “early trends” of the Aam Aadmi Party as it readies to contest the Uttarakhand Assembly Elections in 2022.

The post is shared on Facebook with a caption in Hindi that translates to, “The trends of Aam Aadmi Party’s entry into the Devbhoomi Uttarakhand have started to come. Wake up Hindus wake up, wake up Uttrakhandis wake up. How many piglets have come and gone, you will not be able to do anything.” 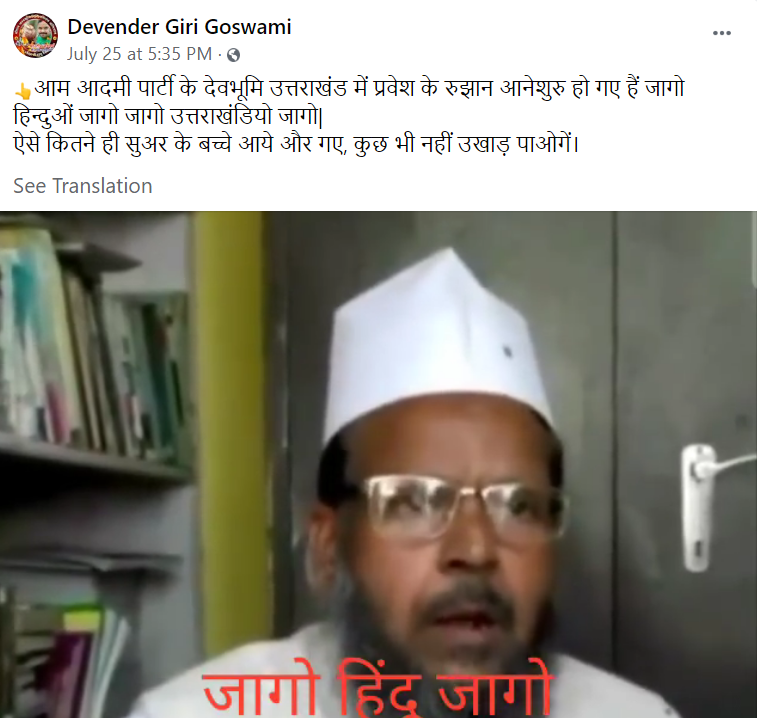 A Reverse Image Search of keyframes from the video directed us to a YouTube video that carried the same viral video. The portion from the viral video can be heard at 1:01 minutes. The video was uploaded on November 16, 2017.

According to the video description, the man seen in the viral video is Maulana Abdul Latif Qasmi. He is the vice president of Darul Uloom Nissan, an organisation based out of Uttar Pradesh’s Saharanpur district.

Searching further, we found a news report uploaded on YouTube on November 16, 2017, which stated that the man seen in the video triggered a religious row with his remark on the Badrinath Temple.

We also found a news article published on November 17, 2017, in which priests and locals in Badrinath stated that Abdul Latif Qasmi is a “lunatic.”

We also did a keyword search to look for any news report stating that AAP has made such a statement about Badrinath Temple but could not find any credible media report.

Thus, it is evident from the above information that an old video from 2017 is being falsely linked to the Aam Aadmi Party (AAP) contesting Uttarkhand elections in 2022.