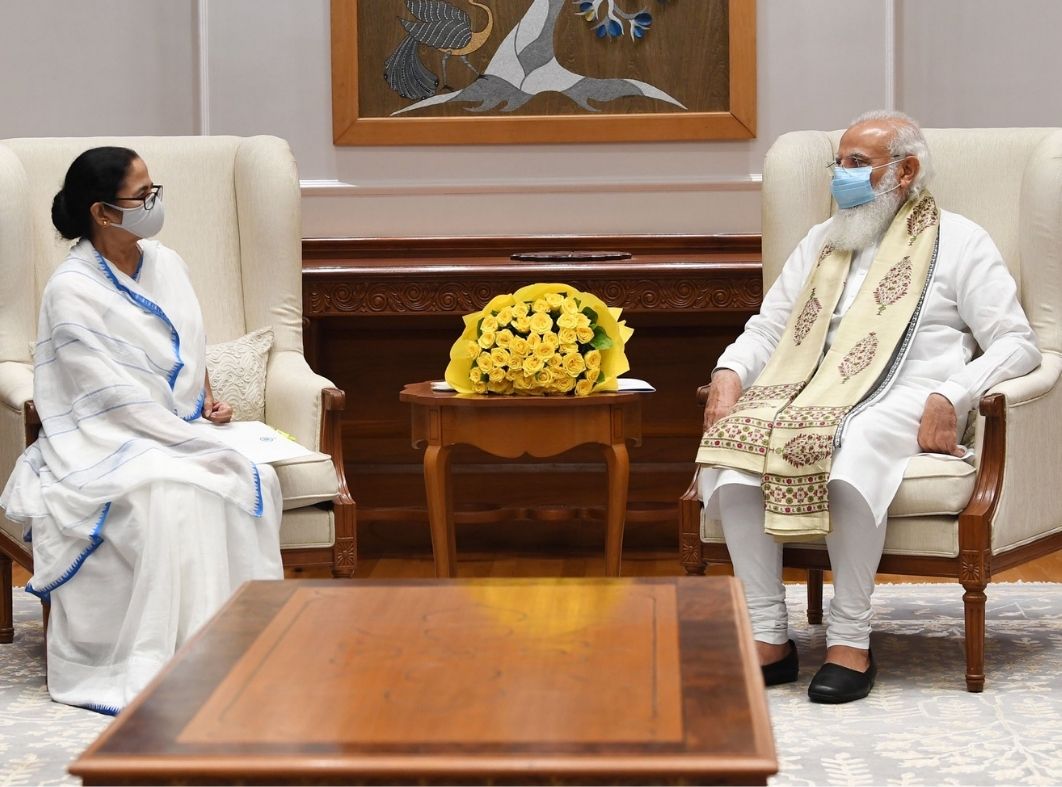 Stating that Prime Minister Narendra Modi should call an all-party meeting on the Pegasus issue, West Bengal Chief Minister Mamata Banerjee on Tuesday said there should be a Supreme Court-monitored probe in this matter.

Banerjee’s statement came soon after she met PM Modi at 7 Lok Kalyan Marg in New Delhi on Tuesday. Following her meeting with the Prime Minister, Banerjee addressed the media where she said, “Prime Minister should call an all-party meeting on the Pegasus issue. There should be a Supreme Court-monitored probe in this matter. There should not be any discrimination.”

Following the Pegasus spyware controversy, Banerjee had earlier announced that West Bengal has formed a commission to investigate the matter. The Opposition has alleged that names of several Indian politicians, journalists, lawyers, and activists have appeared on the leaked list of potential targets for surveillance by an unidentified agency using Pegasus spyware. This comes following reports published in The Wire.

This was the first official meeting between CM Mamata Banerjee and PM Narendra Modi since the two led their respective parties to battle in the recent West Bengal Assembly elections. The two had met briefly at the Kalaikunda Air Base in Bengal’s West Midnapore for a review meeting over Cyclone Yaas in the last week of May.

When asked about her meeting today, Banerjee told reporters that she spoke to PM Modi about Covid-19. “It was a courtesy meeting with PM today. During the meeting, I raised the issue of COVID and the need for more vaccines and medicines in the state. I also raised the pending issue of the change of name of the state. On this issue, he said, “He will see.”