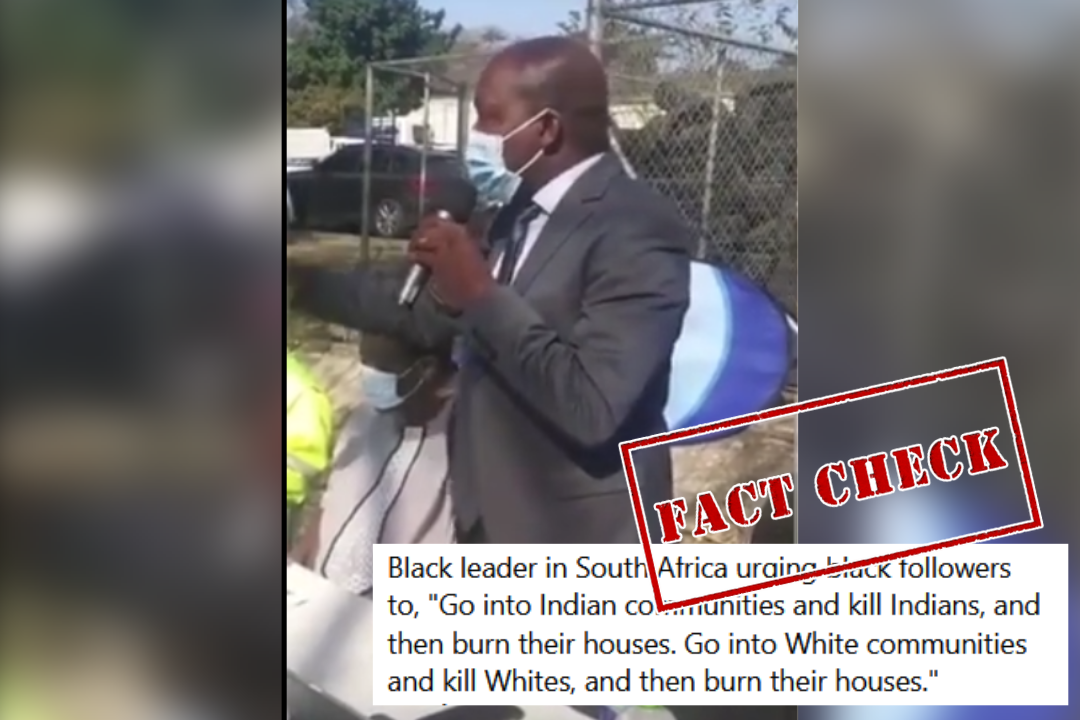 Amid reports of unrest and violence in South Africa over the arrest of former president Jacob Zuma, a video of a man is being circulated on social media. It is being claimed that he is inciting people to kill Indians and burn their houses in South Africa.

Here’s the link to the above video. More such posts can be seen here and here.

We put the keyframes of the video through Reverse Image Search and found the full version of the interview on the Facebook page of EThekwini Municipality. The video was streamed live on July 14, 2021. The description of the video mentioned that the person in the video is the EThekwini Mayor Councillor Mxolisi Kaunda who has called for calm and stability in EThekwini following public unrest. 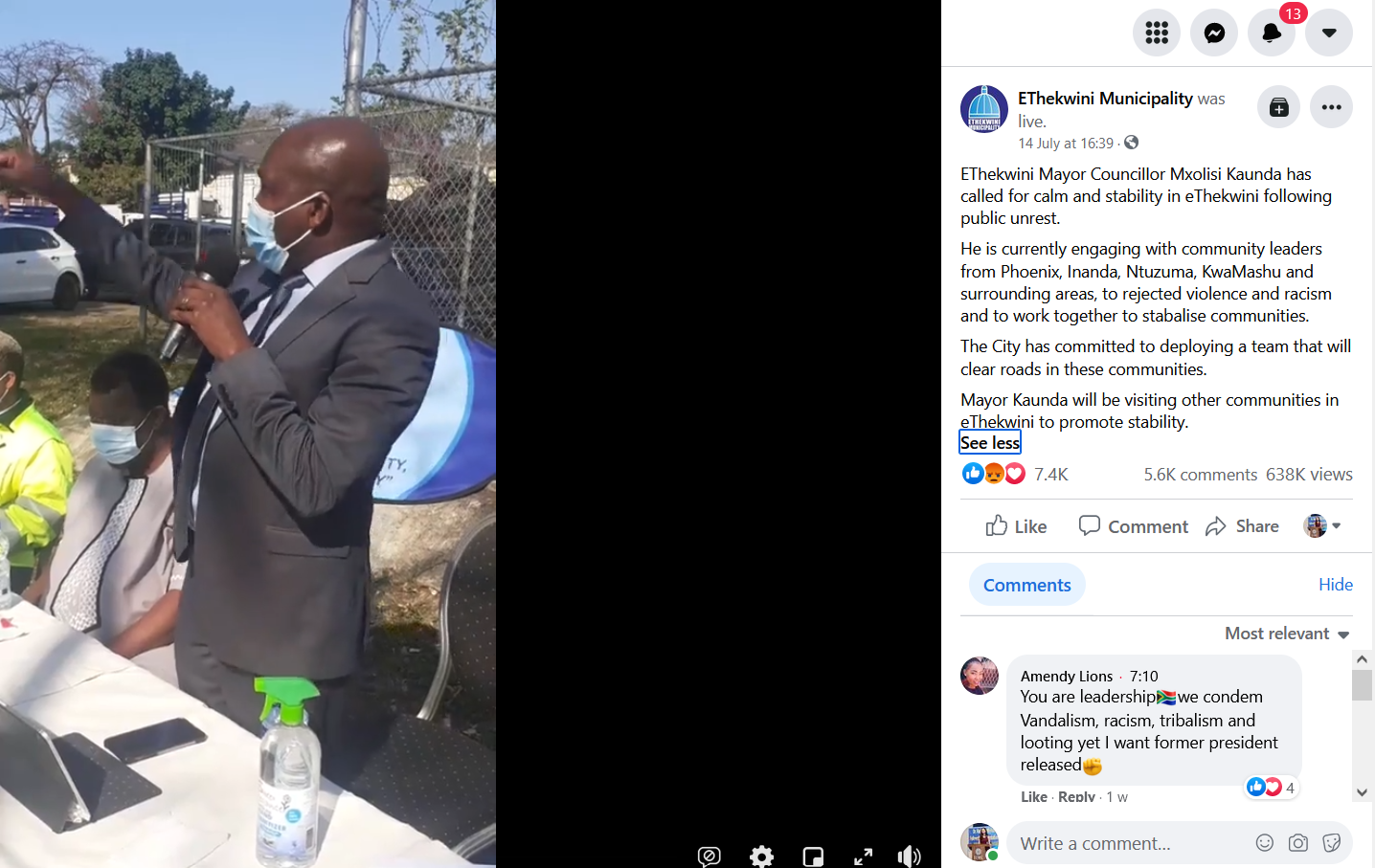 After watching the video, we realised that the viral clip in circulation had been cropped and was taken out of context. In the video, it is evident that Kaunda was talking about an audio note that was being circulated on social media.

Text in bold was edited out of the viral video. At 00:10 time code of the video, Kaunda says, “There was a voice note that was being circulated on social networks. That voice note said, go and loot all shops and malls everywhere. Once you are done with that looting, go to Indian areas, it’s not me saying that, I am saying the call was saying that. Go to Indian communities, go there and kill Indians and burn their houses. Go to White areas, go there and once you are done looting, go there and kill the White community and burn their houses. That call has landed on our ears”

Further, we found that the video was again shared on a Facebook page on July 15, 2021, stating that a manipulated video clip is circulating on social media showing the Mayor commenting about the current violent protests. It further mentions that some parts of the video footage which give context to Kaunda’s comments were removed.

Hence, it is evident that the video was cropped in a way to make it look as though Mxolisi Kaunda was inciting people to kill Indians and burn their houses.

Hence, we can say that the video in circulation is false.