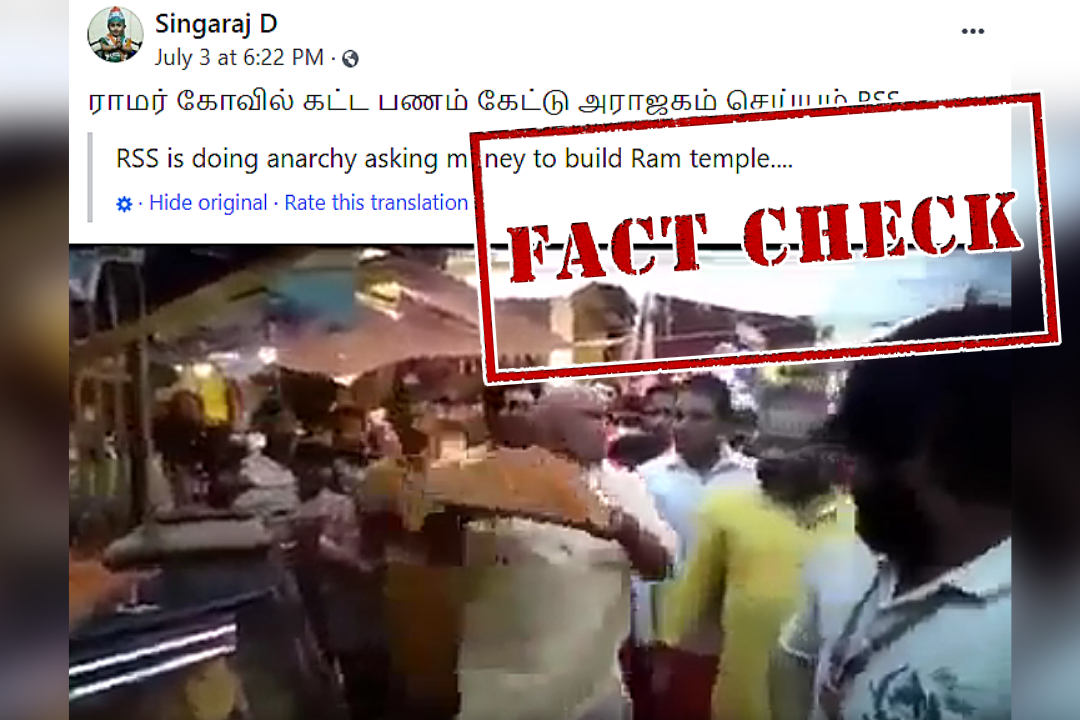 A video has gone viral on social media in which men can be seen walking around a sweet shop and dumping trays of laddu (Indian sweet) on the street. It is claimed through this video that some RSS members were creating anarchy on the street while asking for money to build the Ram Mandir.

The post is shared on Facebook with a caption in Tamil that translates to, “RSS is doing anarchy asking money to build Ram temple.” 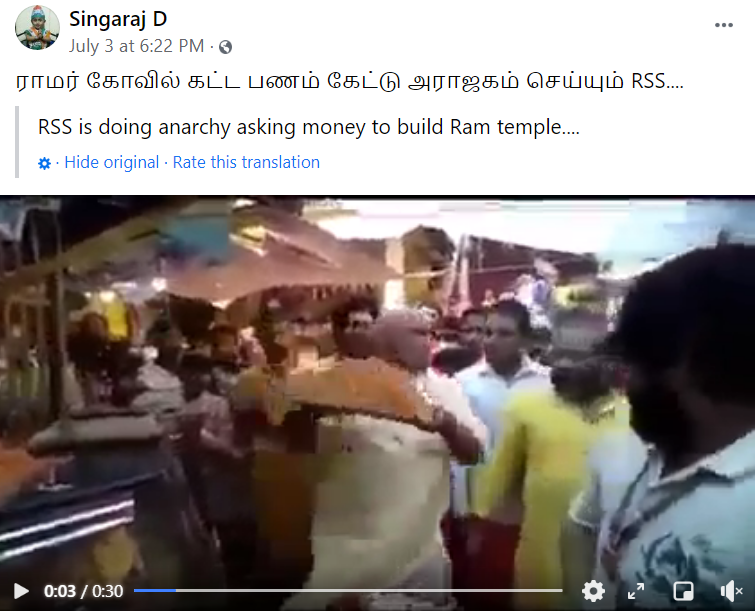 NewsMobile fact-checked the above claim and found it MISLEADING.

On doing a Reverse Image Search on the keyframes from the video, we got directed to several news articles published on June 30, 2021, that carried glimpses of the viral video. According to the news reports, “There was a dispute between the priests and the sweet shop vendors over offering Prasad in Ayodhya Siddha Peeth Hanumangarhi since the covid rules indicated that these shops must be closed.” Check similar articles here and here. 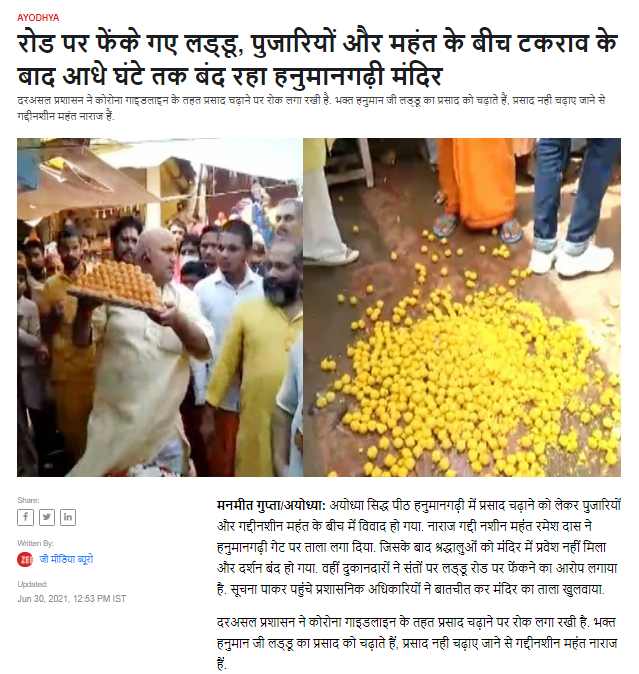 According to the video description, “The saints and laddu sellers of the famous Hanumangarhi temple in Ayodhya came face to face. Some sages have vented their anger on the shopkeepers selling laddus. Picked up the tray of laddoos and threw them on the road. When the matter escalated, the police came.”

A similar video report was uploaded by NDTV on July 1, 2021.

Thus, it is evident from the above information that a dispute between priests and sweet sellers near the famous Hanumangarhi temple in Ayodhya is being shared with misleading claims.