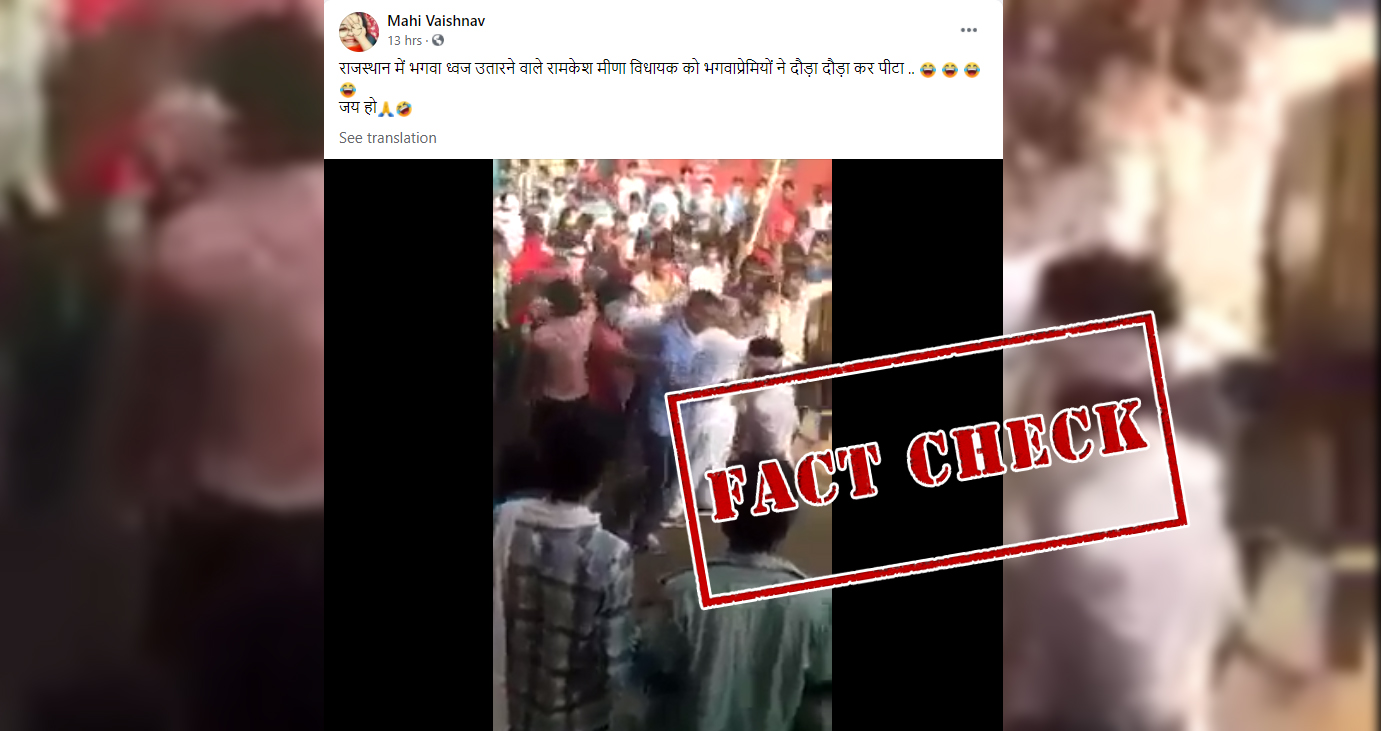 A video of an angry mob thrashing a man is being shared on social media with a claim that the man in the video is Ramkesh Meena, an independent MLA from Rajasthan who is backing the Congress Party.

Ramkesh Meena had been in the headlines after a video of him and his supporters tearing down a saffron flag at Amagarh Fort of Jaipur went viral on social media.

(Translation: MLA Ramkesh Meena who took down the saffron flag in Rajasthan was beaten by saffron lovers) 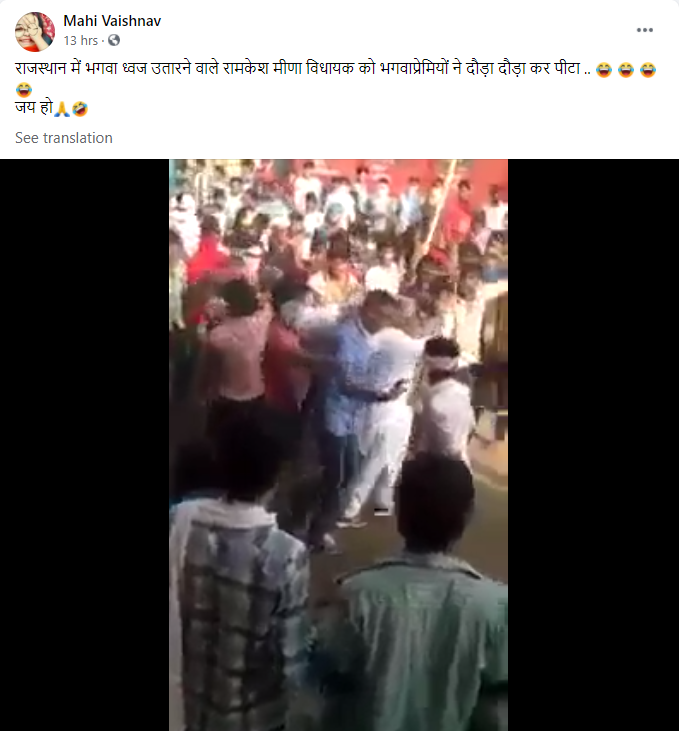 We extracted keyframes from the video and put them through Reverse Image Search. The Search on Yandex, a Russian search engine, led us to the same video which was uploaded on YouTube in April 2018. 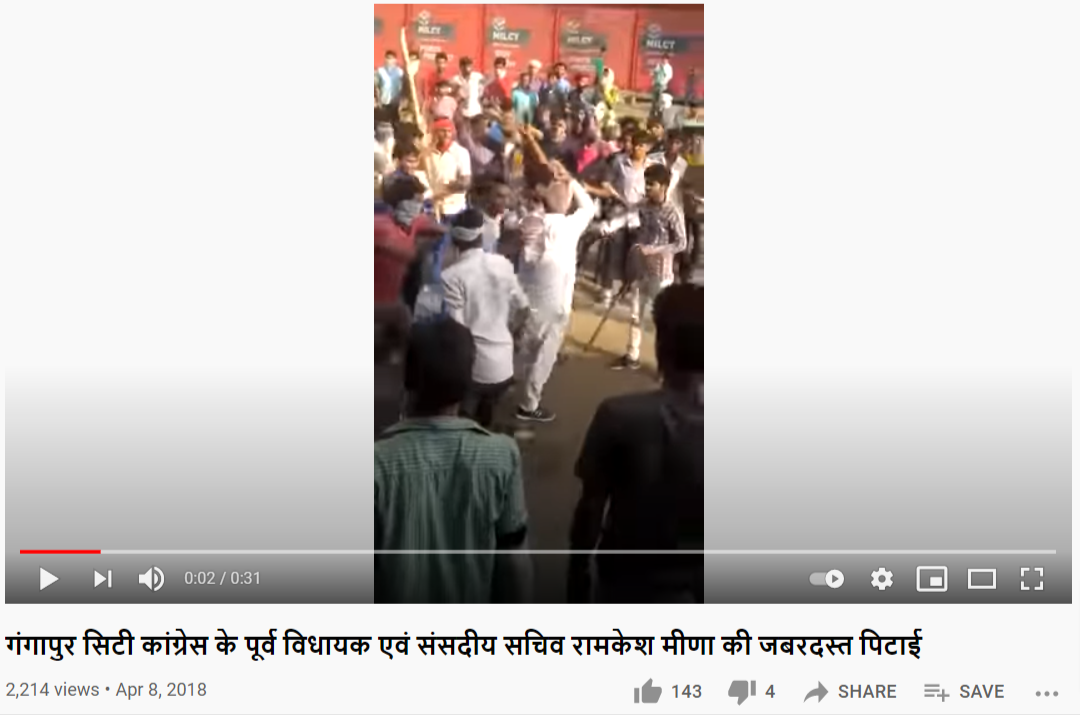 The same video was shared by multiple YouTube channels in 2018, they can be seen here and here.
Taking a cue from this, we ran a keyword search and found a report published by News 18 on April 7, 2018. According to the report, some miscreants had beaten up Ramkesh Meena and had torn his clothes during the Bharat Bandh on April 2, 2018. 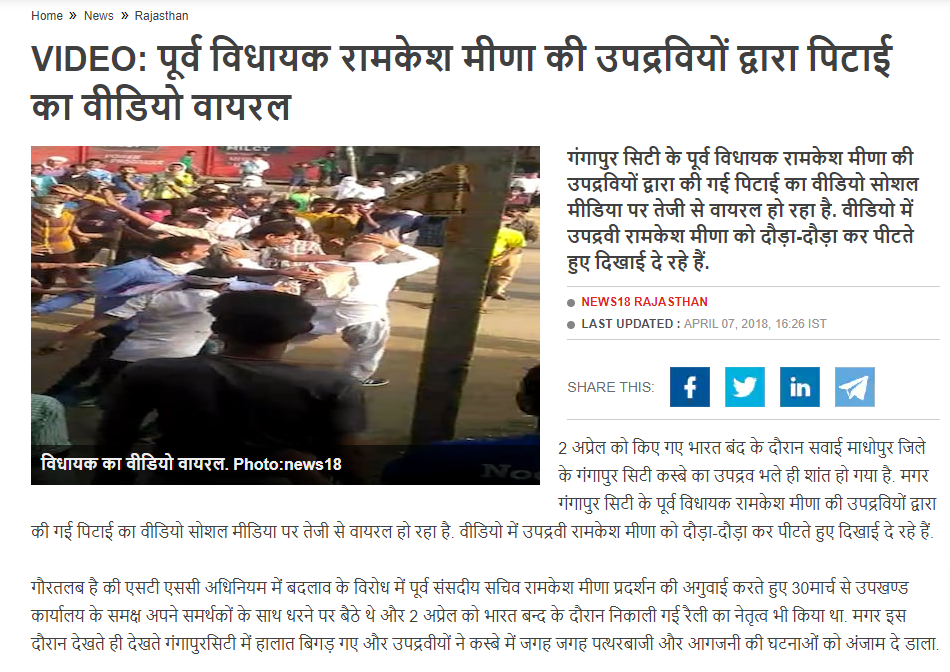 In April 2018, many protesters took to the streets against the changes in the ST-SC Act. The report mentioned that when miscreants created a ruckus in Gangapur City of Sawai Madhopur district, Ramkesh Meena had reached to convince the miscreants but the angry mob did not listen to him and attacked him.

Hence, from the above fact check, it is evident that the original video is from 2018 and is being shared with a misleading claim.