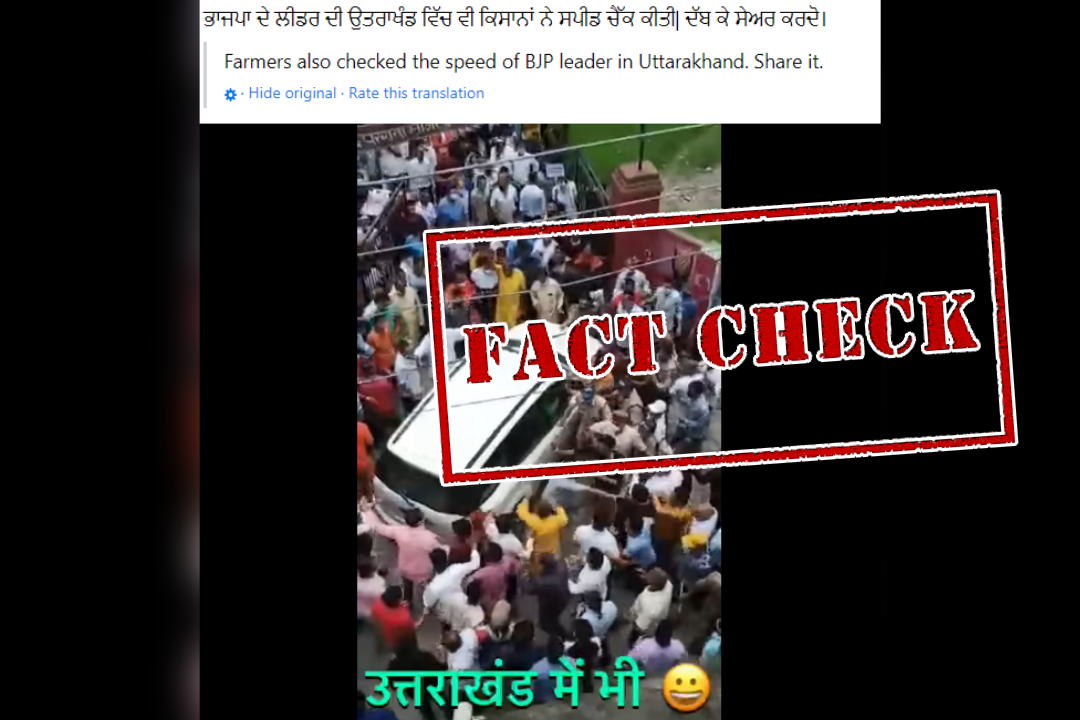 A video is being shared on social media in which a car, surrounded by a huge crowd can be seen. A man is seen running out of the car when the doors were forcefully opened by the crowd. It is being claimed that it shows a BJP leader’s car surrounded by protesting farmers in Uttarakhand.

The video was shared on Facebook with a caption in Punjabi that translates to, “In BJP leader’s Uttarakhand, farmers also did speed check Click to share.” 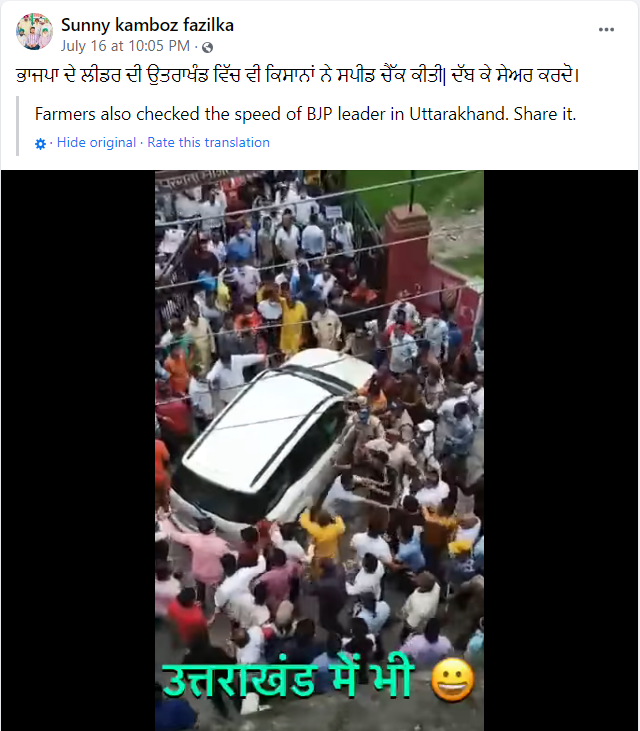 A Reverse Image Search of the keyframes from the video, directed us to a news article by News18 published on July 14, 2021, that carried glimpses of the viral video.

According to the news report, “Some people opposing the Devasthanam Act created a ruckus on Wednesday (July 14) in Ukhimath, Rudraprayag, Uttarakhand. The mob surrounded BJP leader Pankaj Bhatt and during this, he was beaten up. Pankaj sat in the car somehow saving his life but people did not allow his car to move forward.” 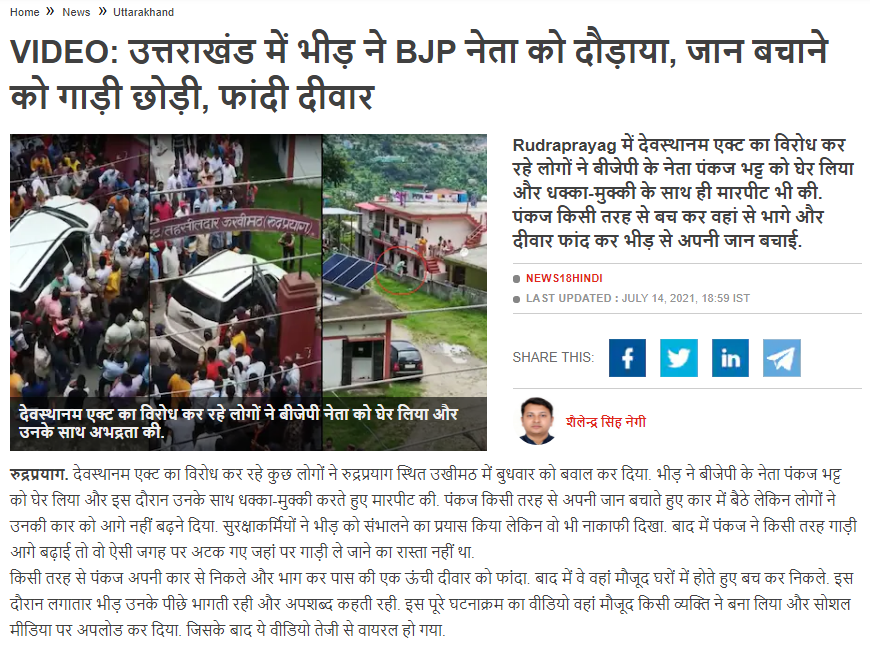 The report further stated that the crowd which included locals and “teerth” priests was protesting against Uttarakhand’s Char Dham Devasthanam Management Act which handed over the management of Himalayan Shrines and 51 temples to the board.

A video report uploaded by News18 Viral on YouTube carries the same viral video. The video description reads, “Some people opposing the Devasthanam Act created a ruckus on Wednesday (July 14) in Ukhimath, Rudraprayag. The mob surrounded BJP leader Pankaj Bhatt.” The video was uploaded on July 14, 2021.

Another report published by Jansatta on July 15, 2021, also stated the same that the crowd was present to stage a protest against the Char Dham Devasthanam Management Act.

We searched the web with relevant keywords but could not find any credible media reports stating that farmers blocked BJP leader’s car in Rudraprayag, Uttarakhand.

Thus, it is evident from the above information that the BJP leader’s car was blocked by protesting priests and locals against Char Dham Devasthanam Management Act and not by the protesting farmers. Therefore, the viral claim is misleading.