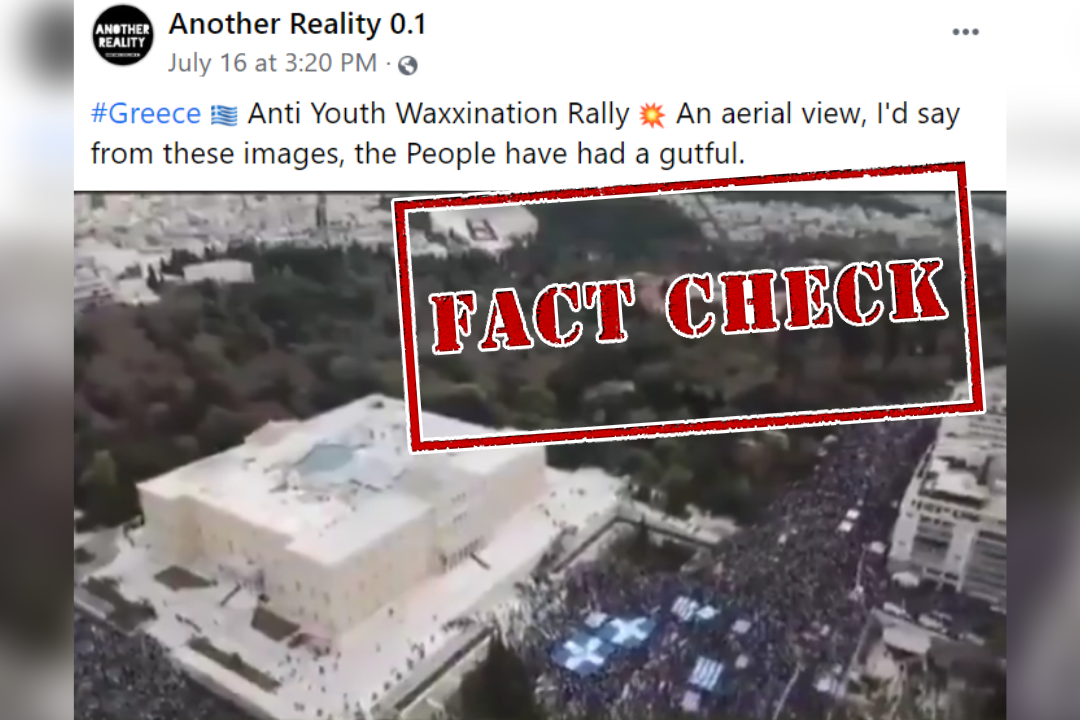 A video of an aerial view of a huge crowd is being shared on social media claiming that it shows the recent anti-vaccination protests in Greece. Several people gathered to protest in central Athens after the government announced mandatory vaccination for healthcare workers in the country and people entering closed spaces like restaurants, cinemas, bars, etc.

The video was shared on Facebook with a caption that reads, “#Greece Anti Youth Waxxination Rally. An aerial view, I’d say from these images, the People have had a gutful.” 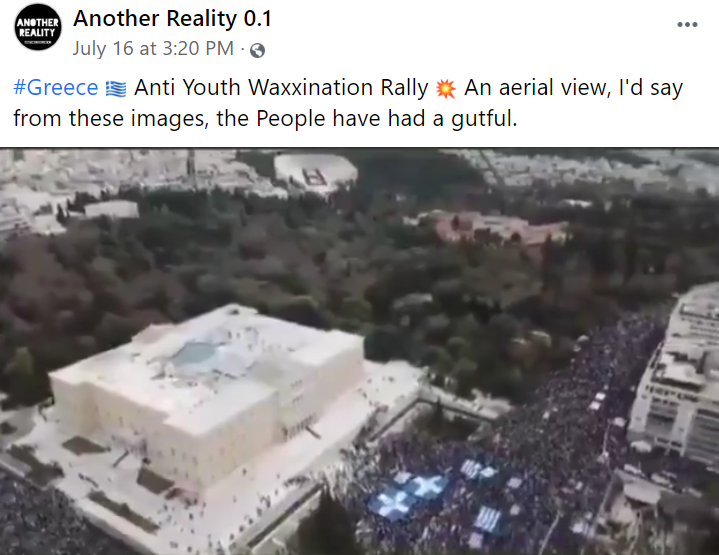 Doing a Reverse Image Search of keyframes from the viral video directed us to a YouTube video that was similar to the viral video. The YouTube video was uploaded on January 21, 2019. The caption of the video translates to, “Video III – Rally for Macedonia. Syntagma Square (the central square of Athens, Greece), 20/01/2019.”

Taking a cue from this, we found out that thousands of Greeks had protested in front of Syntagma Square in January 2019 against the agreement to rename Macedonia.

Similar aerial footage of the protest was also published in a Greek news article on January 20, 2019. The headline of the article translates to, “The big rally for Macedonia in 20 photos.” 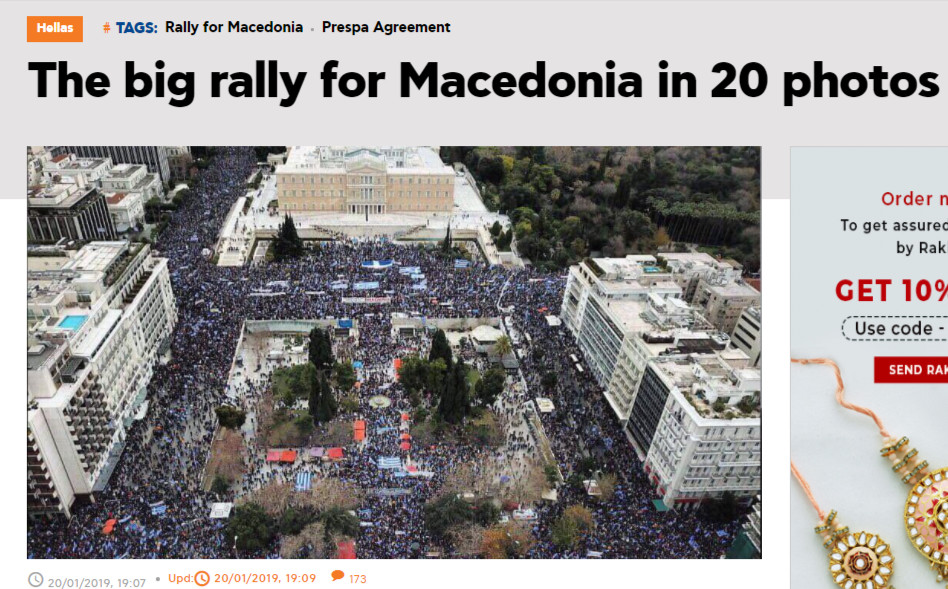 The excerpt from the article translates to, “A gathering of different ages took place in Syntagma in the big march for Macedonia. From all over Greece, citizens were present responding to the invitation of Macedonian unions and associations against the Prespa agreement.”

Below is the comparison of a screengrab from the viral video and the images published in the above article.

Thus, it is evident that an old video from 2019 is being shared as recent anti-vaccine protests in Greece. Therefore, the viral claim is Misleading.