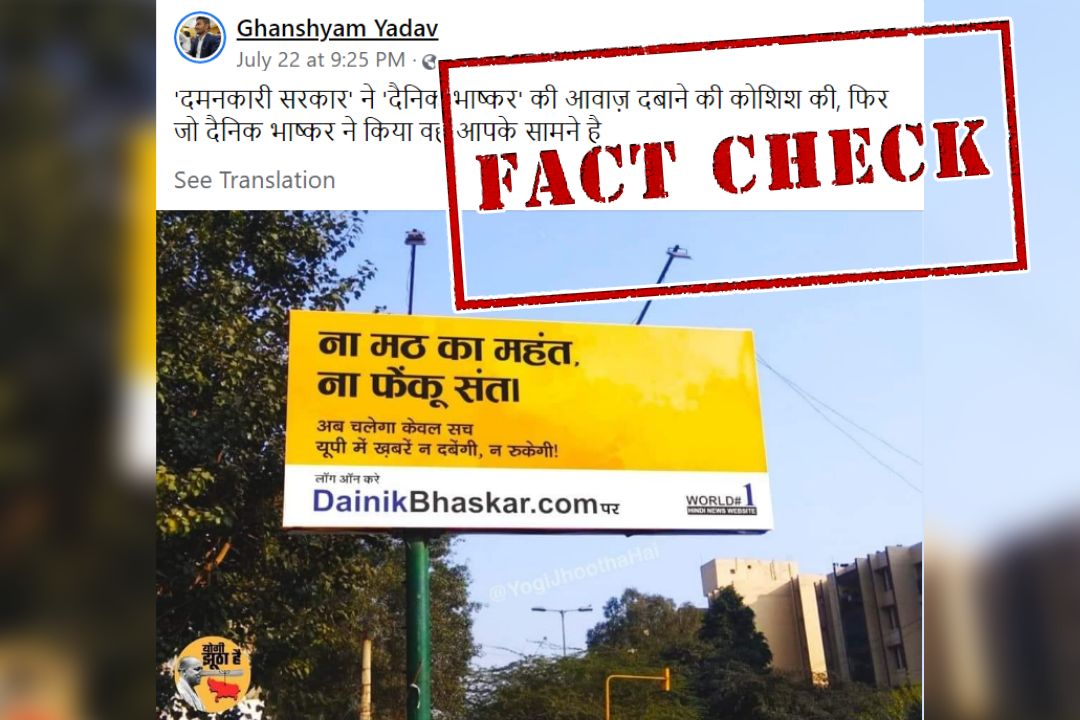 An image of a hoarding has gone viral on social media claiming that Hindi Daily Dainik Bhaskar took a dig at Bhartiya Janta Party (BJP), Uttar Pradesh and at the Central Government. The image was shared after the Income Tax Department conducted raids at the offices of the Dainik Bhaskar Group for alleged tax evasion.

The text on the viral hoarding translates to, “Neither a monk nor a lying saint. Only truth shall prevail, the news will not be suppressed nor stopped in UP.”

The post is shared on Facebook with a caption that translates to, “The ‘oppressive government’ tried to suppress the voice of ‘Dainik Bhaskar’, then what Dainik Bhaskar did is before you.” 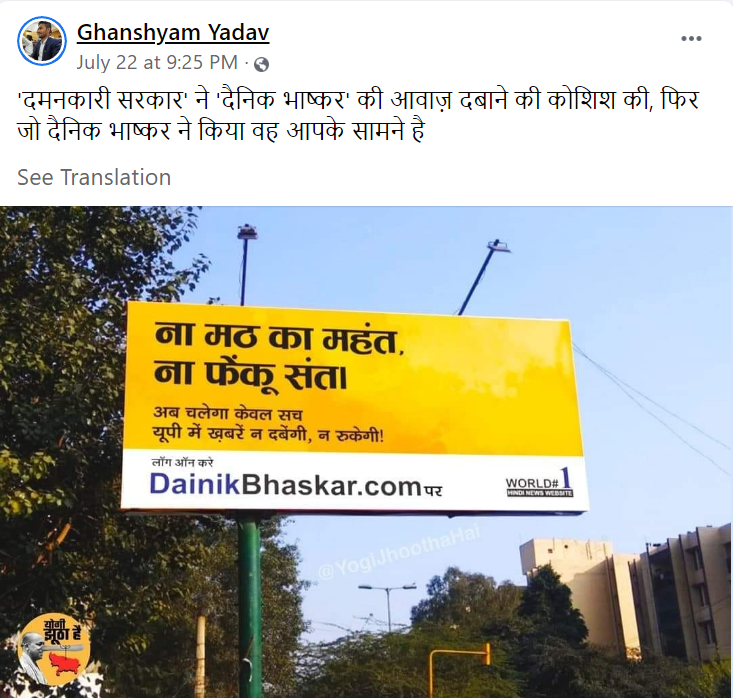 We searched the web with relevant keywords to find any such hoarding put up by Dainik Bhaskar but could not find any. Though, we did find several similar images with similar captions targeting SP and BSP.

Searching further we found news articles published in 2020 that carried the original image that could have been edited to create the viral image. 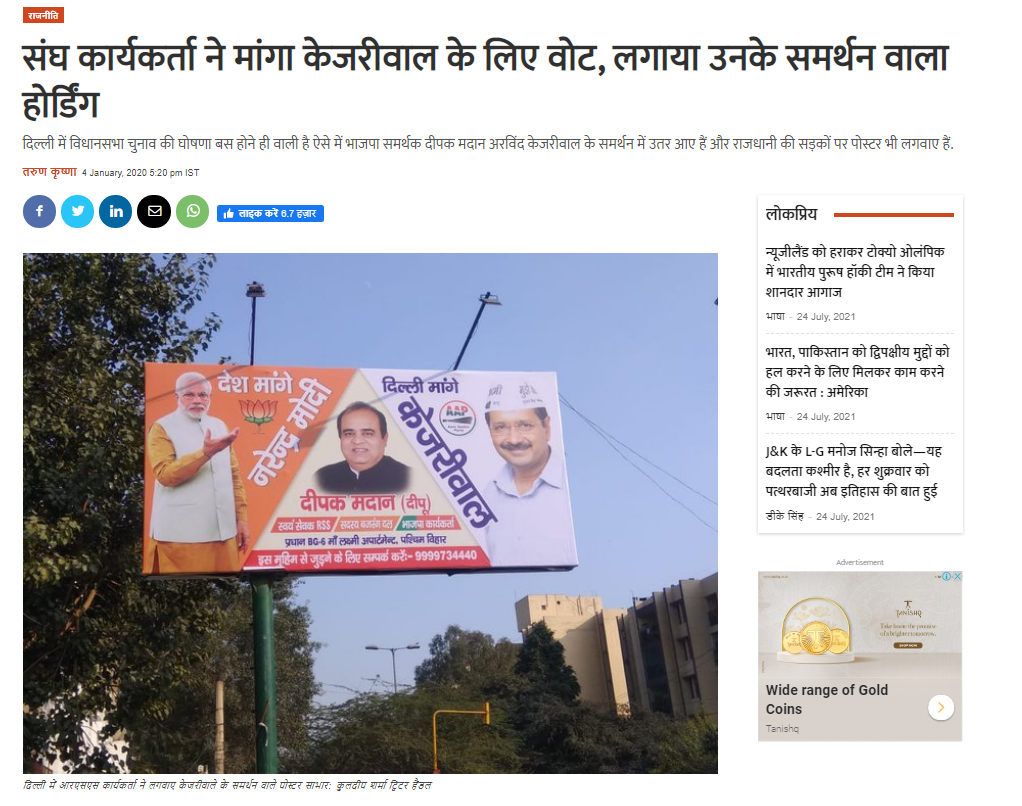 Below is the comparison of the viral image and the original image. As we can see, there are many similarities between the two images.

Thus, it is evident from the above information that an edited image of a hoarding is being shared as Dainik Bhaskar targeting BJP in Uttar Pradesh.