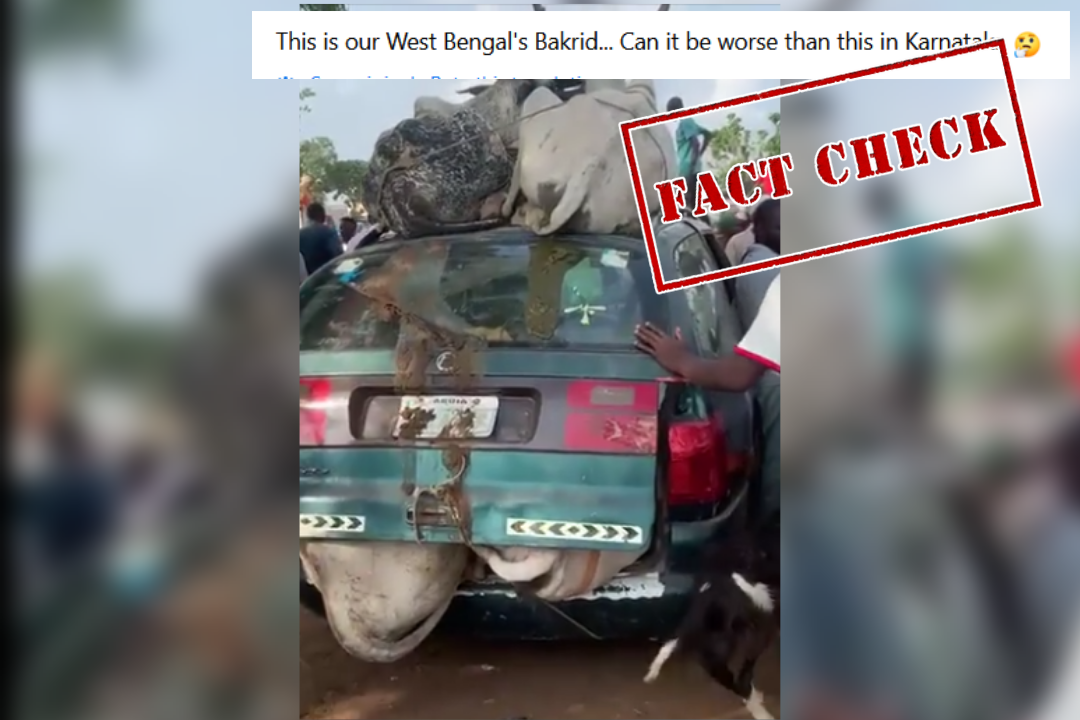 A video of a car carrying seven cows is doing rounds on social media. It is being claimed that the video is taken in West Bengal on Eid-Ul-Adha.

(Translation: This is our West Bengal’s Bakrid… Can it be worse than this in Karnataka ) 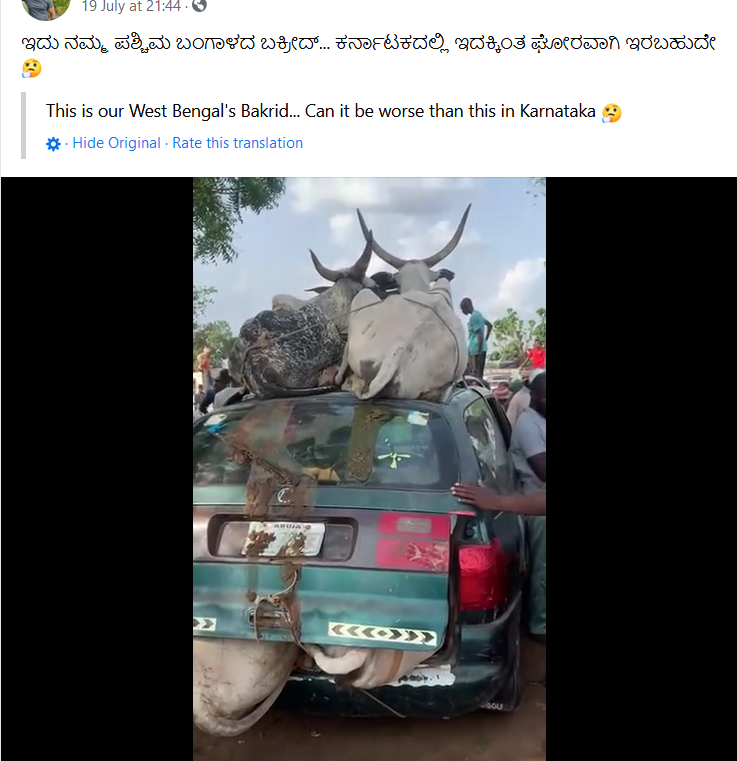 We examined the video carefully and found some clues that suggested that the video is not from India.

Firstly, we saw that the word ‘Abuja’ was written on the soiled number plate. Abuja is the national capital of Nigeria. 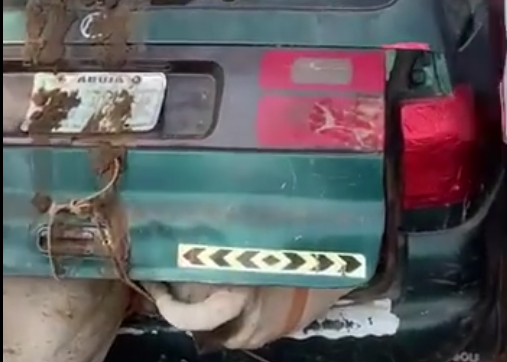 On comparing the number plate in the video with a Nigerian number plate, we could notice some similarities. 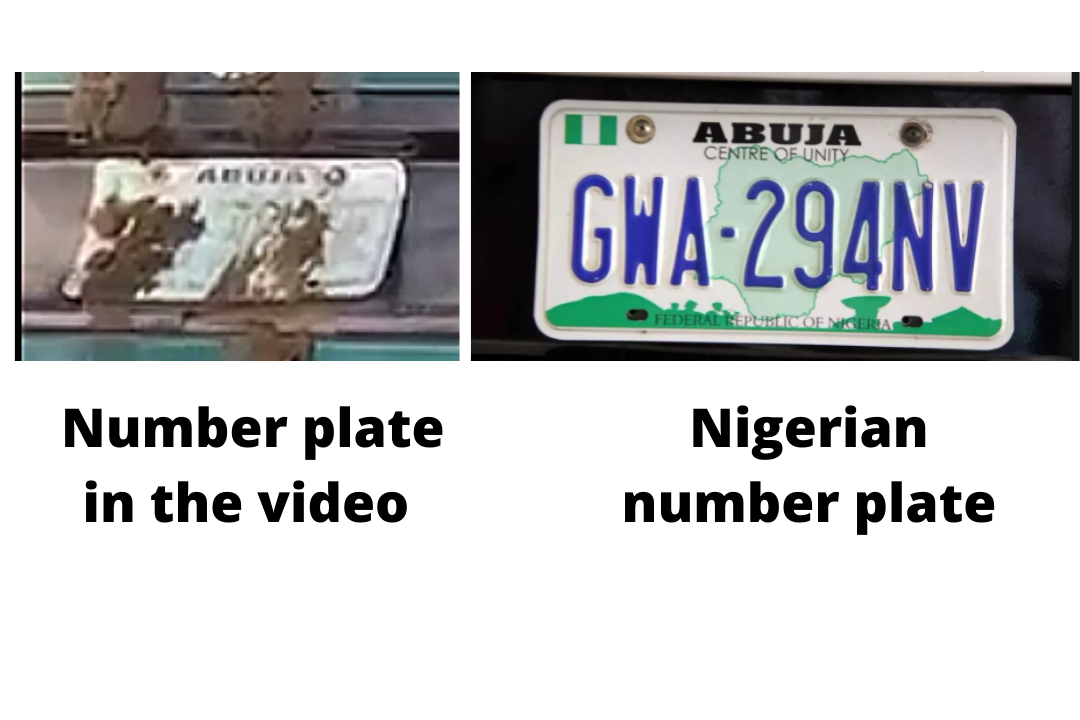 We also found that the car in the video, a Volkswagen Sharan Station Wagon, is not available in India.

Further, by extracting keyframes from the video and doing a Reverse Image Search, we found the same video on a Nigerian based website, AutoJosh. The article was published on July 14, 2021. “WATCH: VW Station Wagon Spotted Carrying Seven Cows In Abuja”, the headline read. 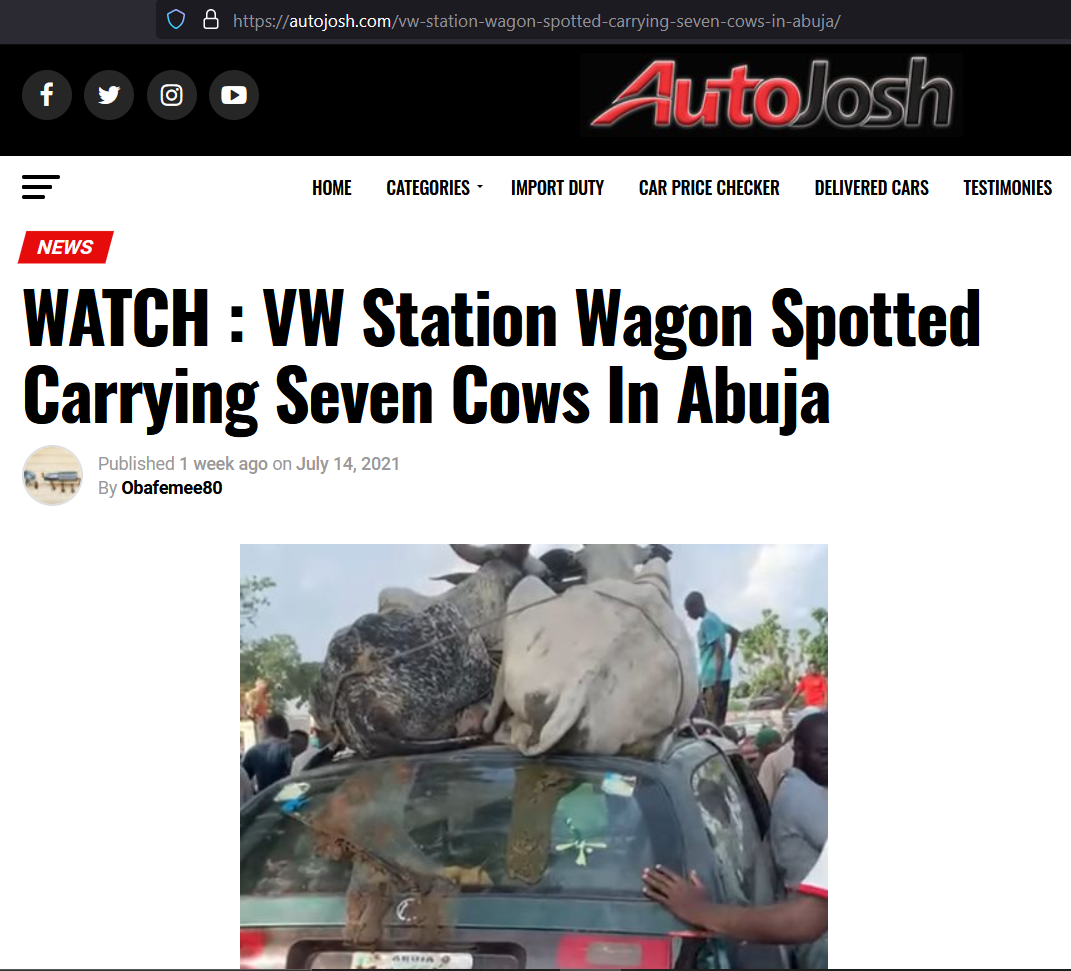 As per the article, Volkswagen Sharan Station Wagon was spotted carrying seven cows in its boot in Federal Capital Territory, Abuja.

We also found the video on a YouTube channel published on July 15, 2021. The title of the video stated that the video is from Nigeria. 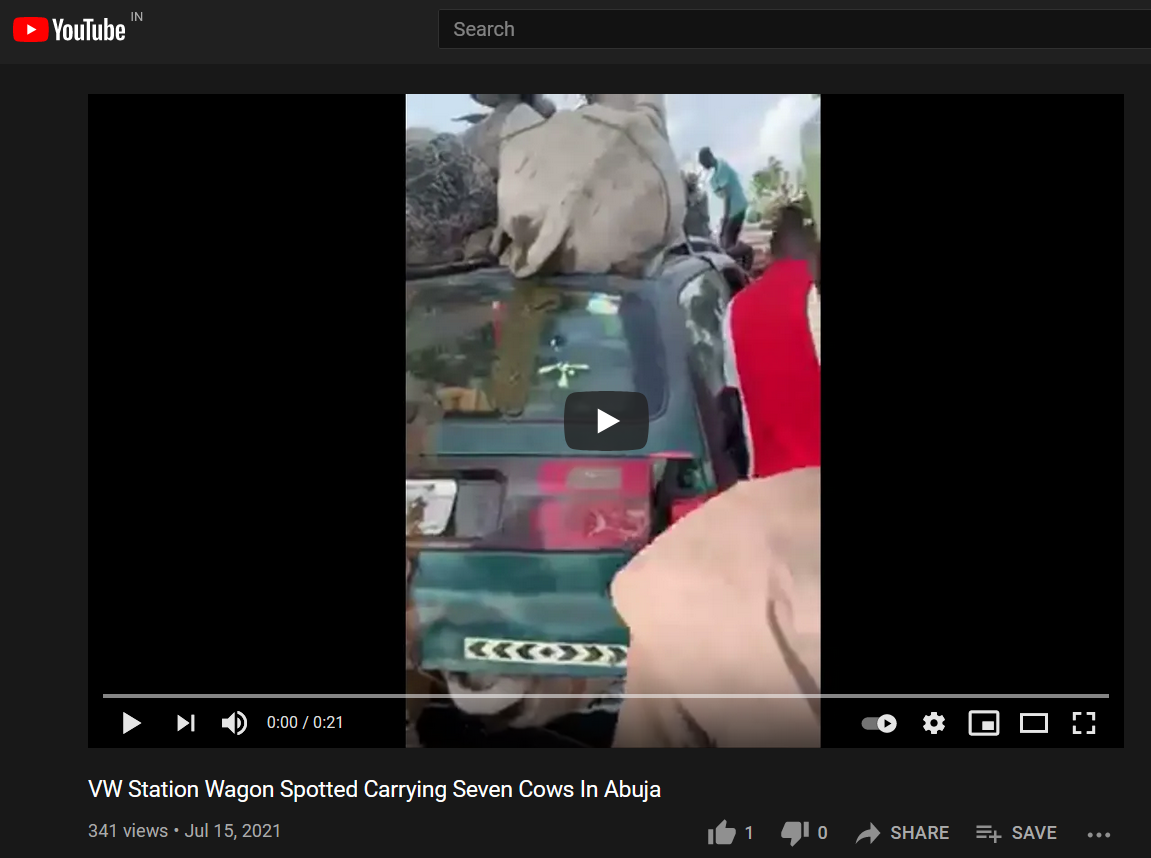 Thus, it is evident from the above information that the video depicts events from Abuja, Nigeria and not West Bengal, India.