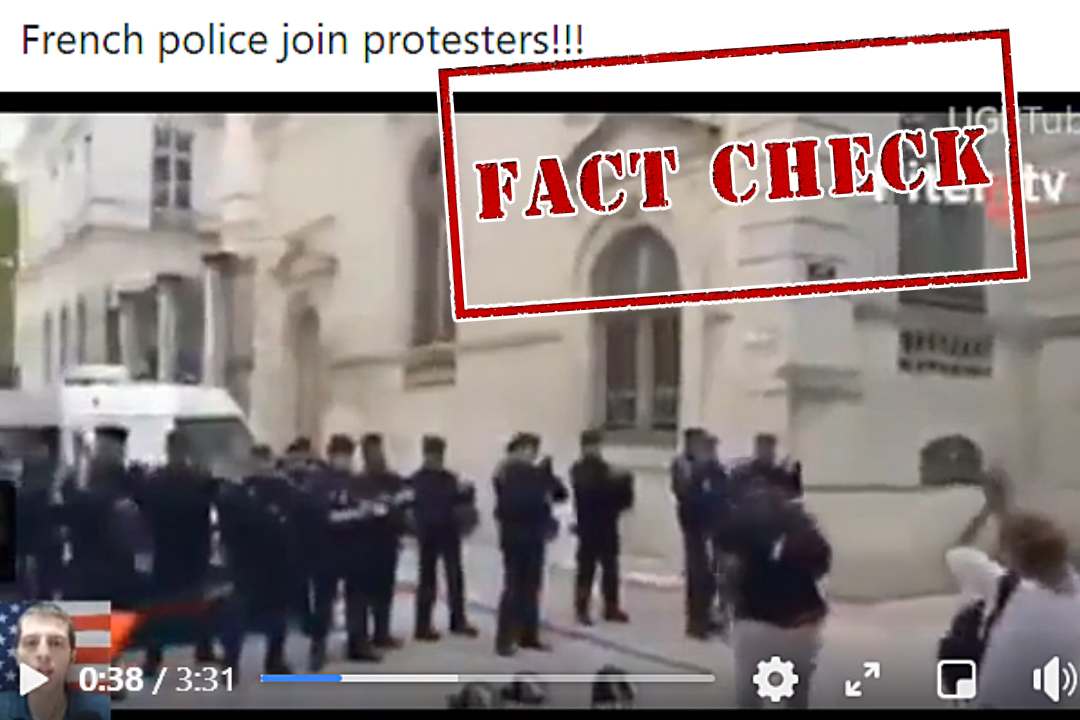 A video has gone viral on social media in which police personnel can be seen applauding protesters and cheering them up by putting their respective helmets on the ground. It is being claimed that it shows French police joining the protesters in the ongoing protests in France against compulsory vaccination for health workers and mandatory health passes to access restaurants etc.

The video is shared on Facebook with a caption that reads, “French police join protesters!!!” 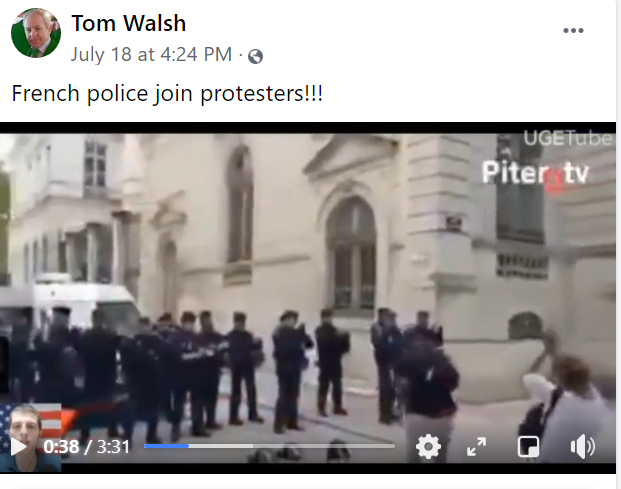 We did a Reverse Image Search of keyframes from the video and found the same video uploaded on a YouTube channel of a French news organisation on June 17, 2020. The description of the video translated from French reads, “The police put their helmets on the ground and applauded the caregivers in Nîmes during the demonstrations on Tuesday.”

Taking a cue from this, we searched the web with relevant keywords and found a French news article published on July 17, 2020, that carried the visuals from the viral video. According to the report, the healthcare workers were demonstrating as part of a nationwide protest in 2020 when the cops in Nimes (City in Southern France) applauded the protesters by putting their helmets on the ground. 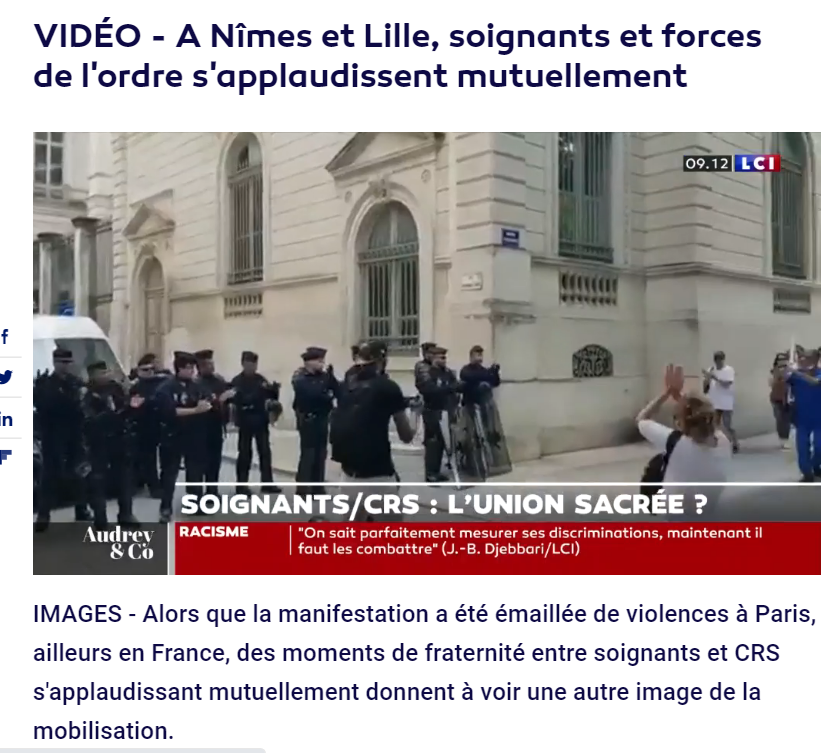 We searched further and found many videos uploaded by social media users in July 2020 stating the same.

Another video from 2019 showing a protest march by French trade unions and teachers have also been added to the viral video to mislead the audience.

Earlier also, NewsMobile had debunked similar claims where old pictures and videos were being shared as recent anti-vaccination protests in France.

Thus, it is evident that old videos have been stitched together claiming that French cops have joined recent protests.