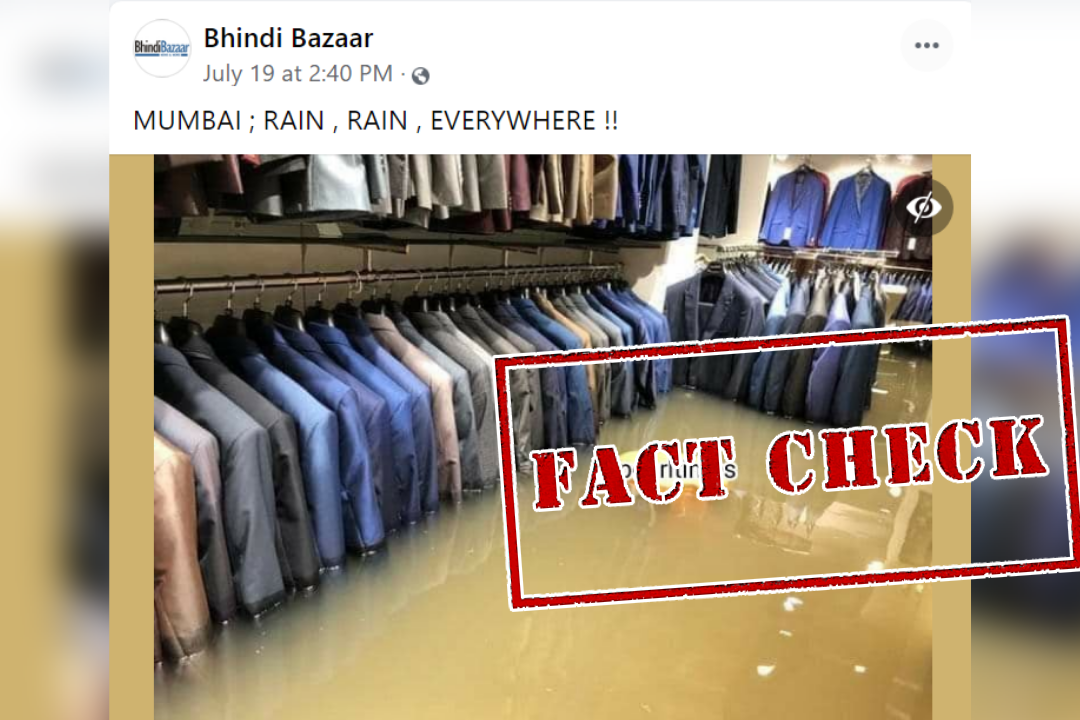 An image of a flooded garment showroom is being shared on social media claiming it to be from Mumbai. According to recent media reports, Mumbai has received 1993.9 mm of rainfall in July 2021, which is 90 per cent of its average recorded rainfall (2,205 mm). 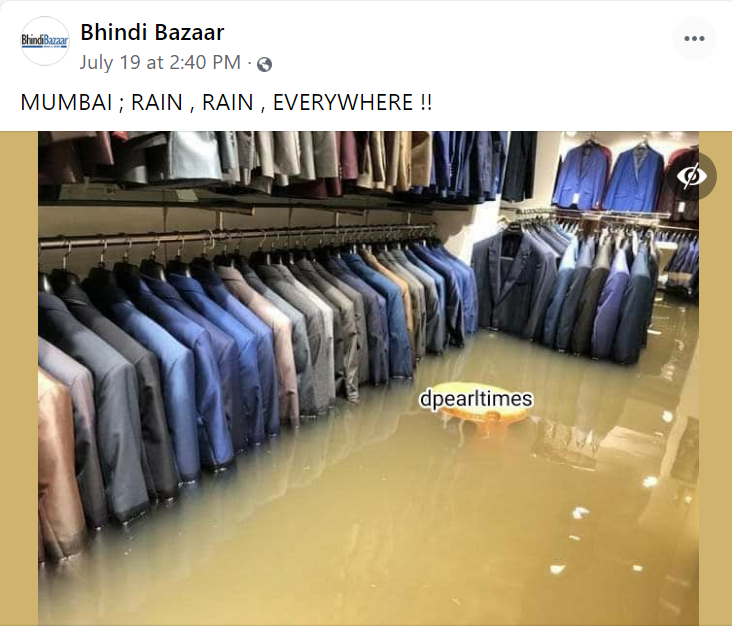 The same image has been shared on Twitter as well with similar claims.

Doing a simple Reverse Image Search directed us to a news article published on September 28, 2019, that carried the same image. The headline of the article states, “The returning monsoon caused havoc in Bihar, water entered the Raymond showroom in Patna, Bihar.” 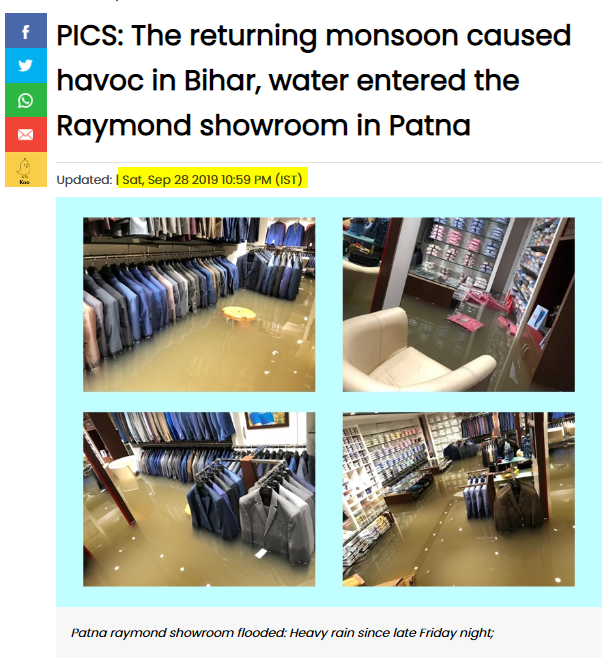 According to an India Today article published on September 30, 2019, flooding triggered by heavy rains in Bihar claimed the lives of more than 29 people. Heavy rainfall in the state caused rivers, especially the Ganges, to swell up. All essential services, such as transportation and power, were also disrupted.

ABP News Hindi also did a ground report on how Patna’s clothing shops were impacted by heavy rain in 2019.

Thus, it is evident from the above information that an old image from Bihar is being shared as that of a flooded garment showroom in Mumbai. Therefore, the claim is misleading.