Home NM FACT CHECKER Fact Check: Has This ‘Anti-Sharia’ Signboard Been Put Up At India Border?... 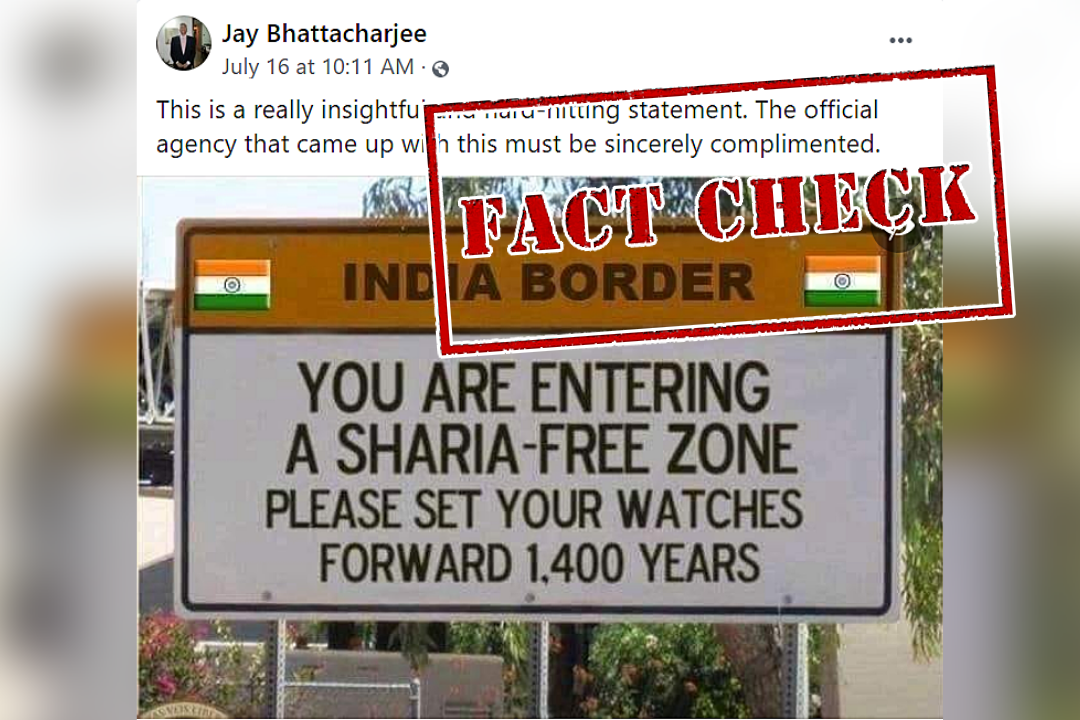 An image of a signboard with an anti-Sharia message has gone viral on social media claiming that it has been put up at an Indian Border. The text on the signboard reads, “You are entering a Sharia-free zone. Please set your watches forward 1,400 years.”

The image is shared on Facebook with a caption that reads, “This is a really insightful and hard-hitting statement. The official agency that came up with this must be sincerely complimented.” 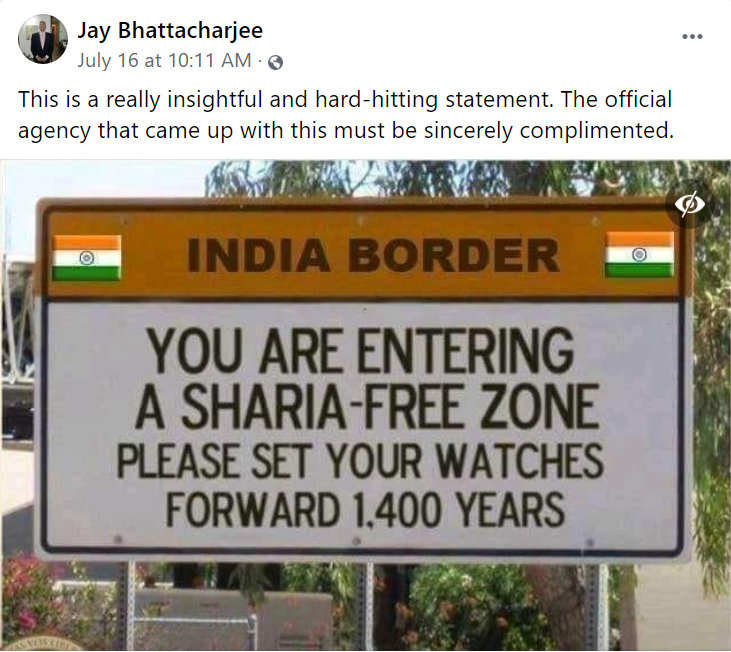 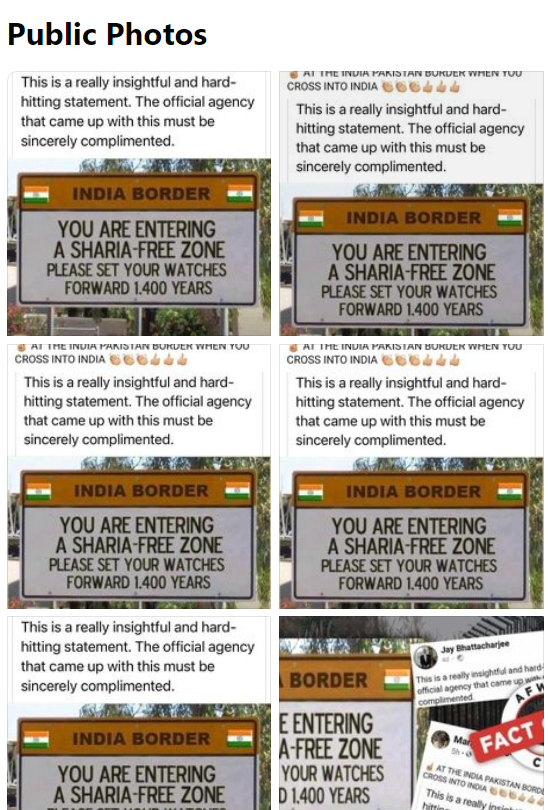 A simple Reverse Image Search directed us to an article published in 2010 which carried the original version of the viral image. The text on the original signboard reads, “Weapons and ammunition illegal in Mexico.” 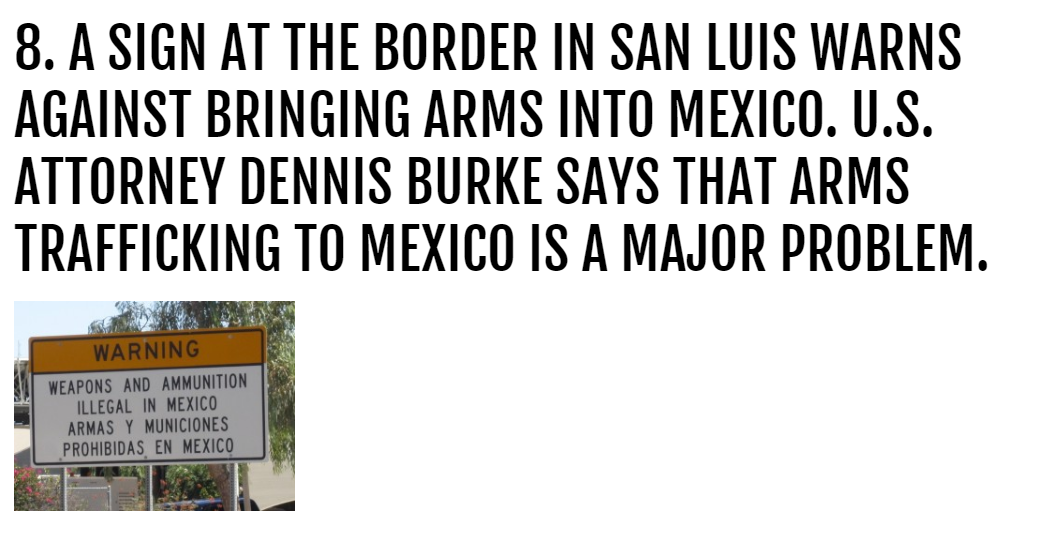 The description of the image read, “A sign at the border in San Luis warns against bringing arms into Mexico. U.S. Attorney Dennis Burke says that arms trafficking to Mexico is a major problem.”

We searched further and found many similar images of signboards that warned against firearm trafficking at the US-Mexico border.

Digging further, we found that a similar image had been circulating on the internet with different text embedded in it. One such image was shared as being from the US border. 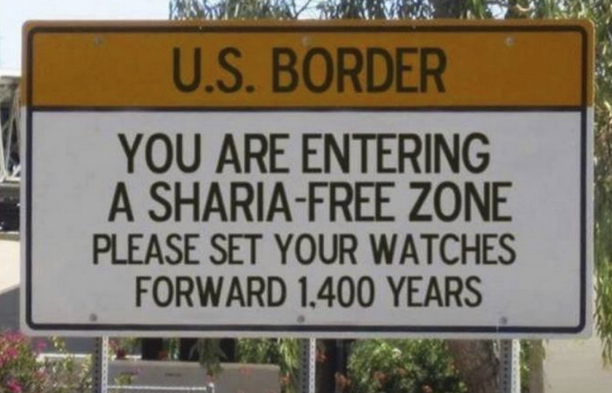 Thus, it is evident from the above information that a morphed image is being shared as an anti-Shari signboard installed at an Indian border. Therefore, the viral claim is FALSE.