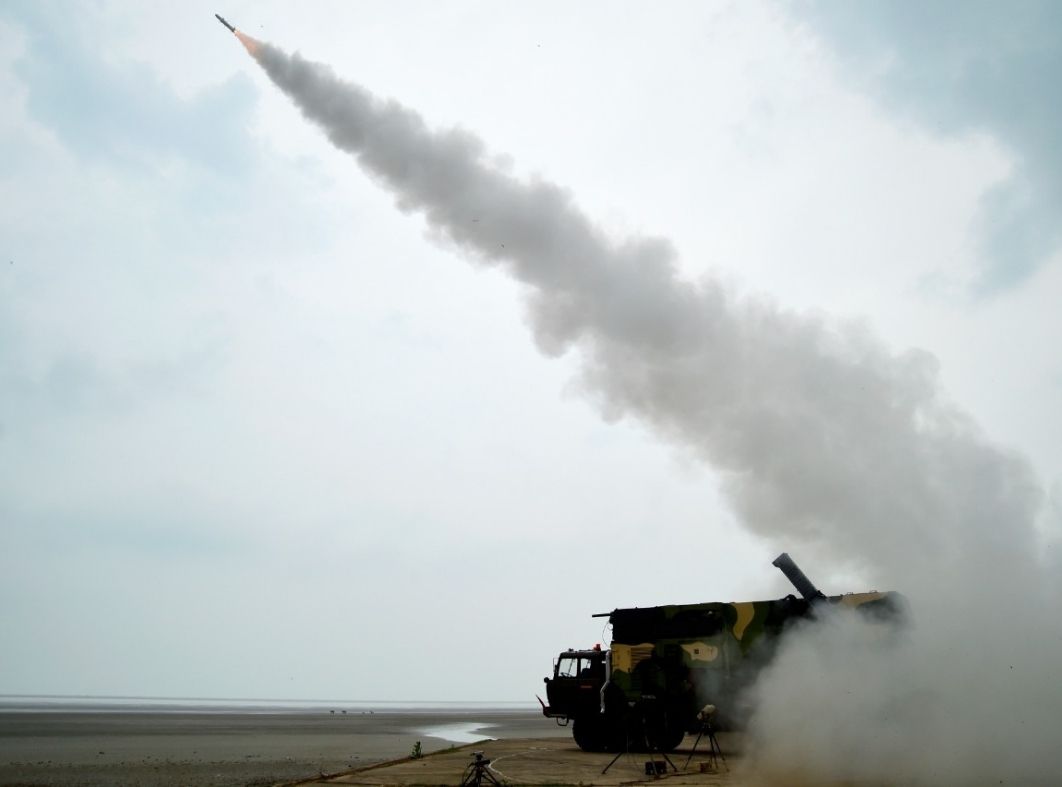 As per an official statement, Man-Portable Anti-Tank Guided Missile was launched from a man-portable launcher integrated with a thermal site and the target was mimicking a tank. The missile hit the target in direct attack mode and destroyed it with precision. The test has validated the minimum range successfully. All the mission objectives were met. The missile has already been successfully flight-tested for the maximum range. The missile is incorporated with state-of-the-art Miniaturized Infrared Imaging Seeker along with advanced avionics. The test brings the development of indigenous third-generation Man-Portable Anti-Tank Guided Missile close to completion.

Meanwhile, New Generation Akash Missile system has been developed by Defence Research and Development Laboratory (DRDL), Hyderabad in collaboration with other DRDO laboratories. The launch was witnessed by the representatives of the Indian Air Force. In order to capture flight data, ITR deployed a number of Range stations like Electro-Optical Tracking System, Radar, and Telemetry. “The flawless performance of the entire weapon system has been confirmed by Complete flight data captured by these systems. During the test, the missile demonstrated high maneuverability required for neutralizing fast and agile aerial threats,” DRDO said.

Once deployed, the Akash-NG weapon system will prove to be a force multiplier for the Air Defence capability of the Indian Air Force. Production agencies Bharat Electronics (BEL) and Bharat Dynamics Limited (BDL) have also participated in the trials.