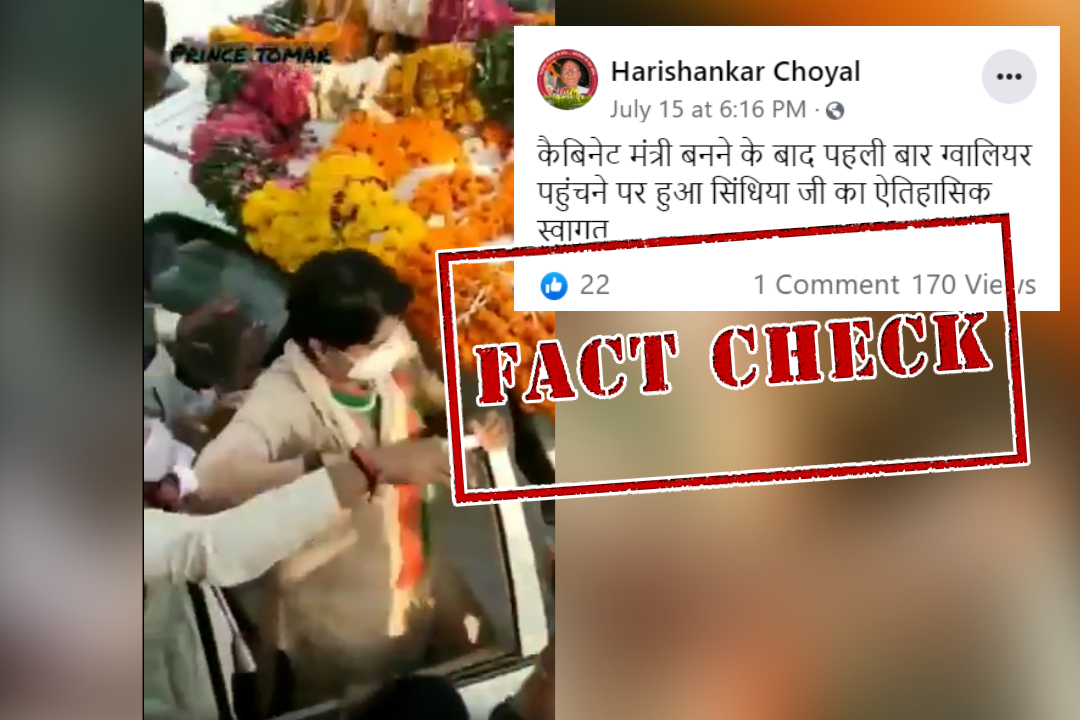 A video has gone viral on social media in which a large crowd can be seen on the road. It is being claimed that Union Minister Jyotiraditya Scindia was welcomed by a huge crowd when he came to Gwalior for the first time after becoming a Union Minister in the recently reshuffled cabinet under the leadership of PM Modi.

The post is being shared on Facebook with a caption in Hindi that translates to, “Scindia’s historic welcome on reaching Gwalior for the first time after becoming a cabinet minister.” 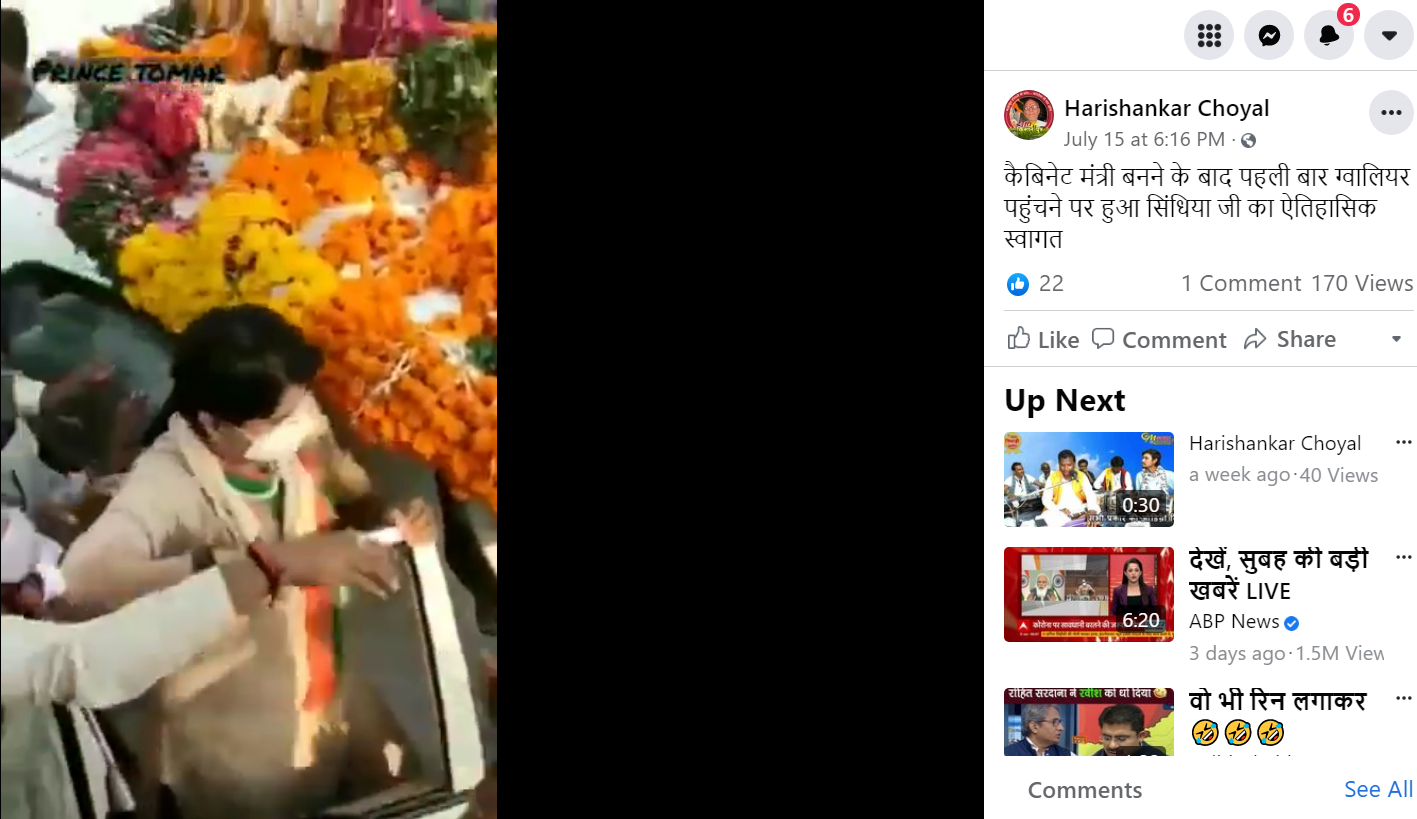 A Reverse Image Search of keyframes from the video directed us to many Facebook and Twitter posts uploaded in September 2020 that carried the same video.

According to the captions of the posts, the video shows the welcome of Jyotiraditya Scindia in the Joura-Kaliras area, Madhya Pradesh. Joura and Kailaras areas come under the Morena district of Madhya Pradesh.

Some Facebook pages associated with Jyotiraditya Scindia also shared the video in September 2020 claiming it to be of the Joura region.

We did a keyword search and found many articles published in September 2020 that stated “Jyotiraditya Scindia had visited Morena and its surrounding areas on September 12, 2020, along with MP Chief Minister Shivraj Singh Chouhan and Union Minister Narendra Singh Tomar.”

Jyotiraditya Scindia was appointed as the Union Minister of Civil Aviation on July 7, 2021. We also searched if Scindia had visited Gwalior after becoming a Union Minister but could not find any credible media report stating the same.

Thus, it is evident from the above information that an old video of Jyotiraditya Scindia being welcomed by a huge crowd is being shared as recent. Therefore, the post is misleading.