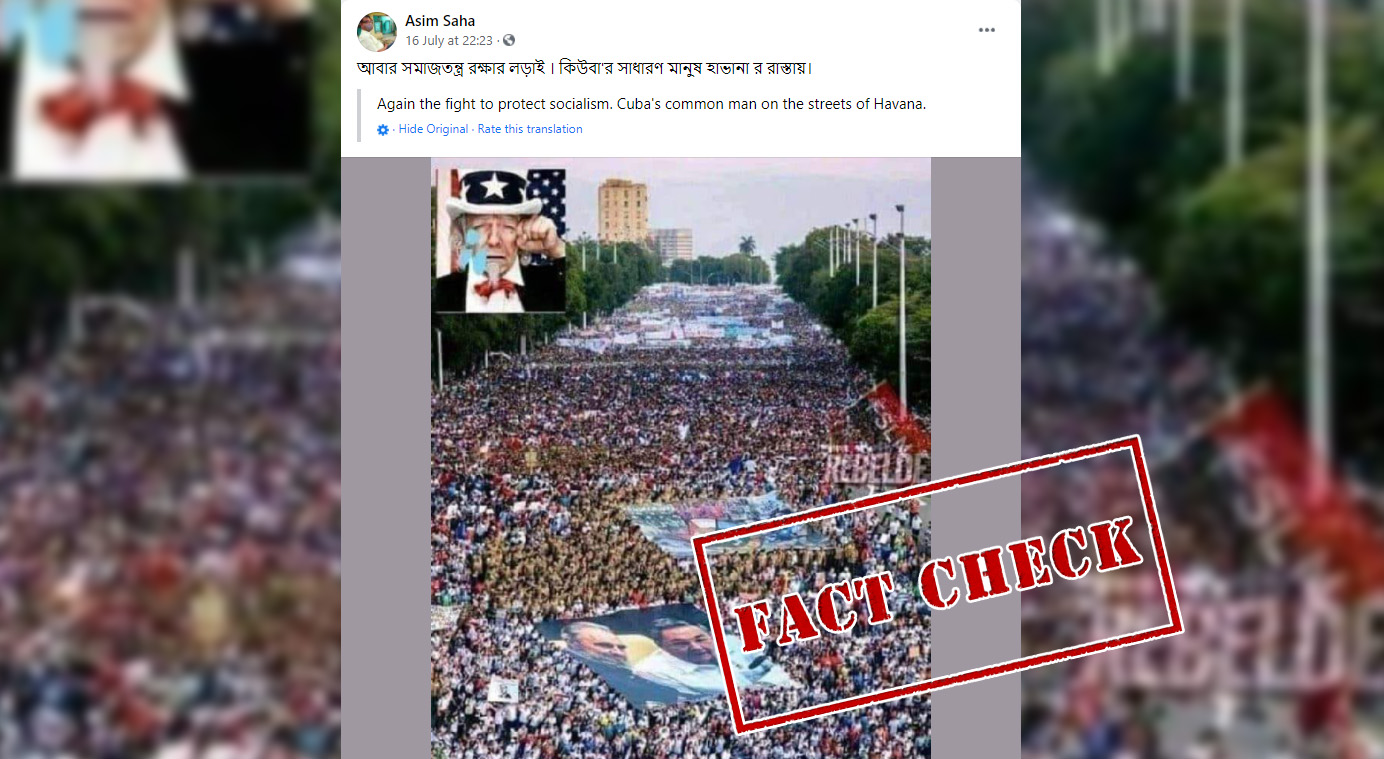 Cuba has been rocked by anti-government rallies as the country endures one of the worst economic crises in recent times, with increasing inflation, food shortages, restraints on civil liberties and COVID-19 outbreak in the country.

“Again the fight to protect socialism. Cuba’s common man on the streets of Havana,” the caption, originally written in Bengali, read. 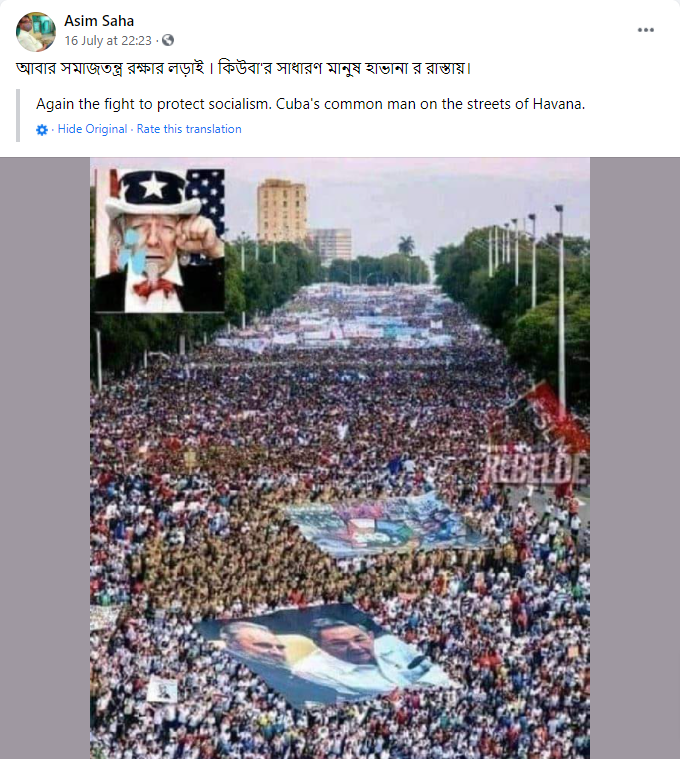 We put the image through Reverse Image Search and found a tweet with the same picture dated April 27, 2019. The caption suggested that the picture is from Cuba.

We also found the same image in an article by Vanguardia dated 2017. According to the report, the picture was taken during the May Day parade. 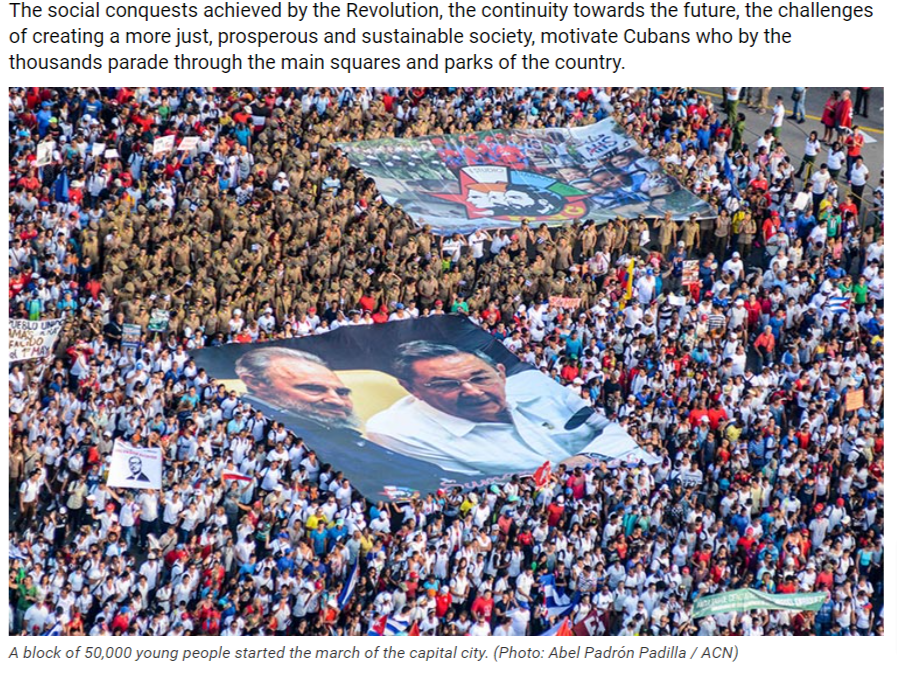 “A block of 50,000 young people started the march of the capital city. (Photo: Abel Padrón Padilla / ACN),” the translated caption of the picture read.

The search also led us to another article by Vanguardia from May 1, 2017, featuring the upper half of the viral image. ” May Day parade in Havana,” the caption read. 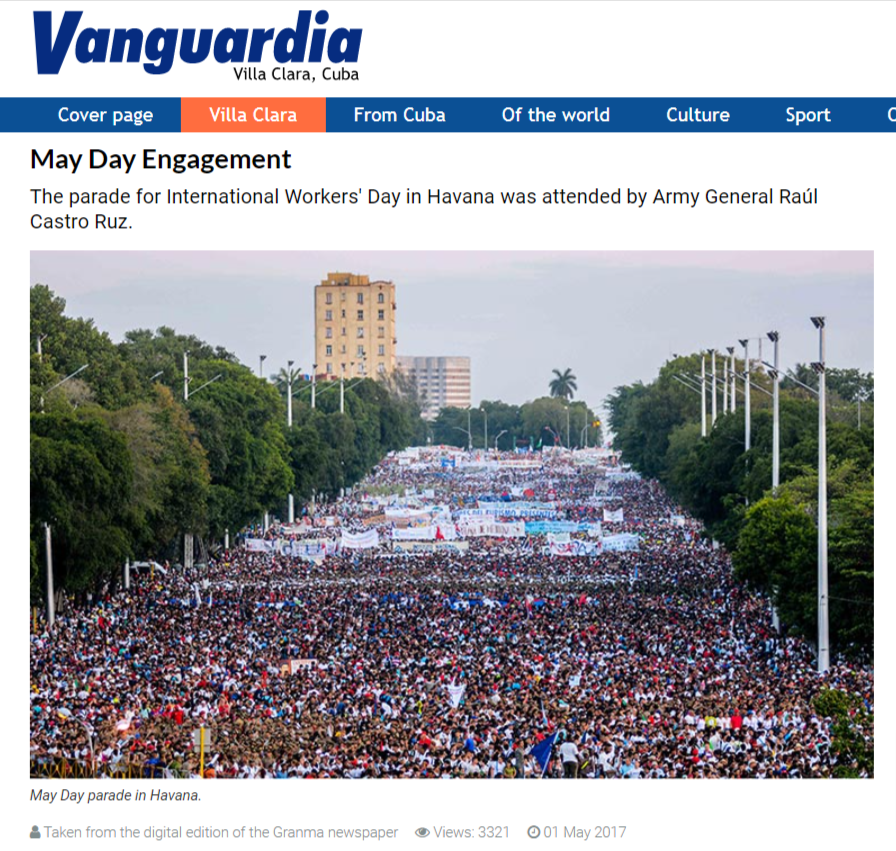 From the above information, we realised that two separate pictures of the May Day Parade had been edited and fused into one image. 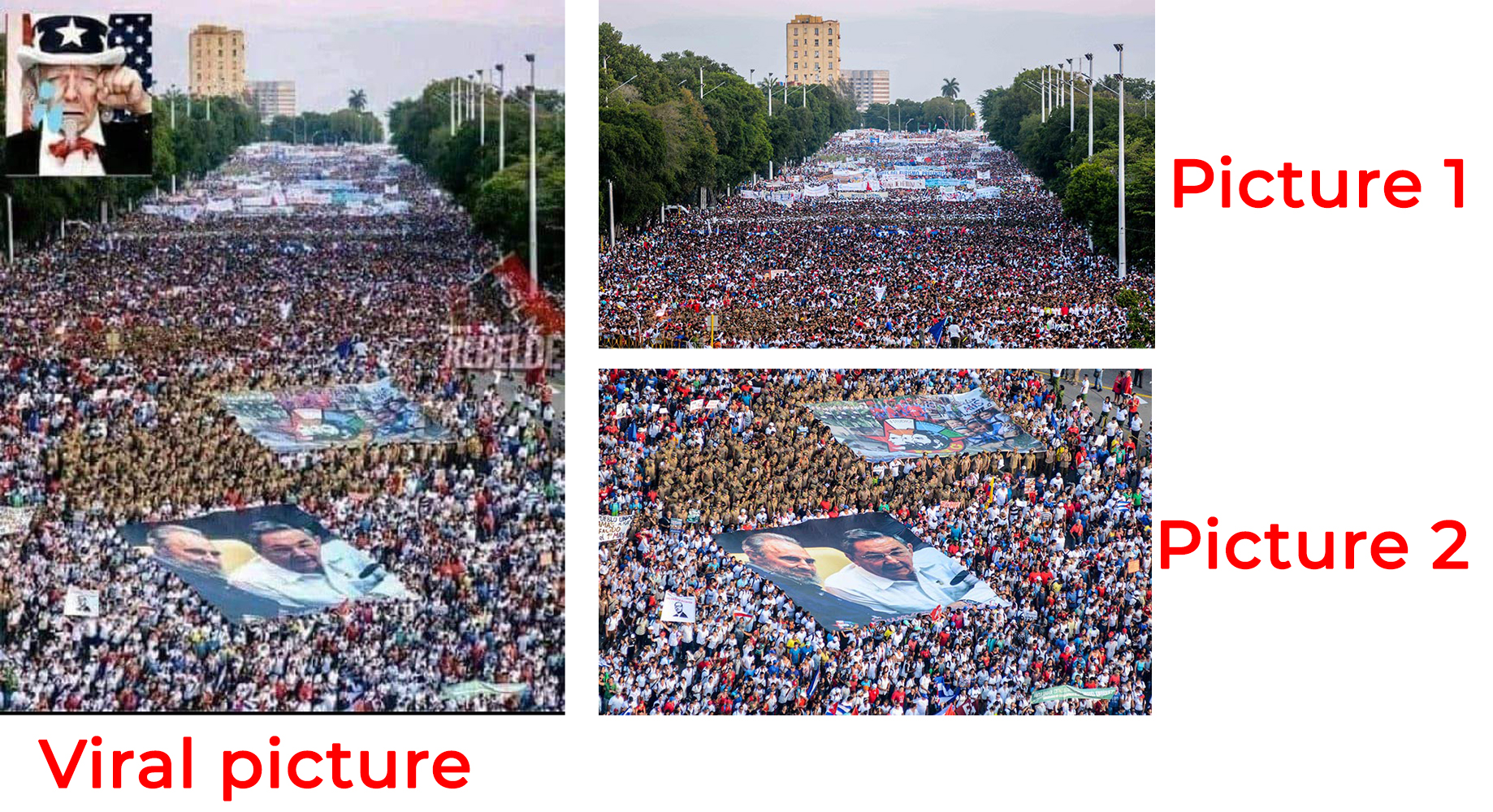 We searched further and found out that this parade is organised every year in Cuba in Havana’s Revolution Square. State workers, students, retirees, and party officials take part in this May Day parade.

Earlier also, NewsMobile had debunked similar claims where old pictures and videos were being shared as the recent anti-government protests in Cuba. The articles can be seen here and here.

Hence, from the above information it is clear that the viral picture is old and edited.