Jeff Bezos Blue Origins’ New Shepard is ready to blast off in Space on July 20. The rocket will take only three minutes for its take-off over an altitude of 100 km, known as The Karman Line, the beginning for space.

The rocket will land autonomously in seven minutes after taking off. The capsules will float on earth on parachutes with a planned touchdown in the West Texas desert.

New Shephard has massive windows to give an exceptional view of Earth with comfortable seating for up to six people, the rocket is designed to serve the space tourism market.  The seats will be made available to the general public, but the price is still not disclosed.

Sanjal Gavande is a 30-year-old woman from Mahrashtra’s Kalyan, who is among the engineers who built Blue Origin suborbital space rocket New Sheperd. She is a system engineer at the commercial spaceflight company and is a mechanical graduate from University of Mumbai. She did her masters’ from Michigan Technological University, US.

Gavande has worked with Mercury Marine at Brunswick Corporation, for three years first as a design analysis intern and then as a design analysis engineer. She was a part-time public relations chair and chairman of the board of The Ninety-Nines, a non-profit educational organisation.  She has been working with Blue Origin in Seattle as a system engineer since April.

The Passengers On New Shepard 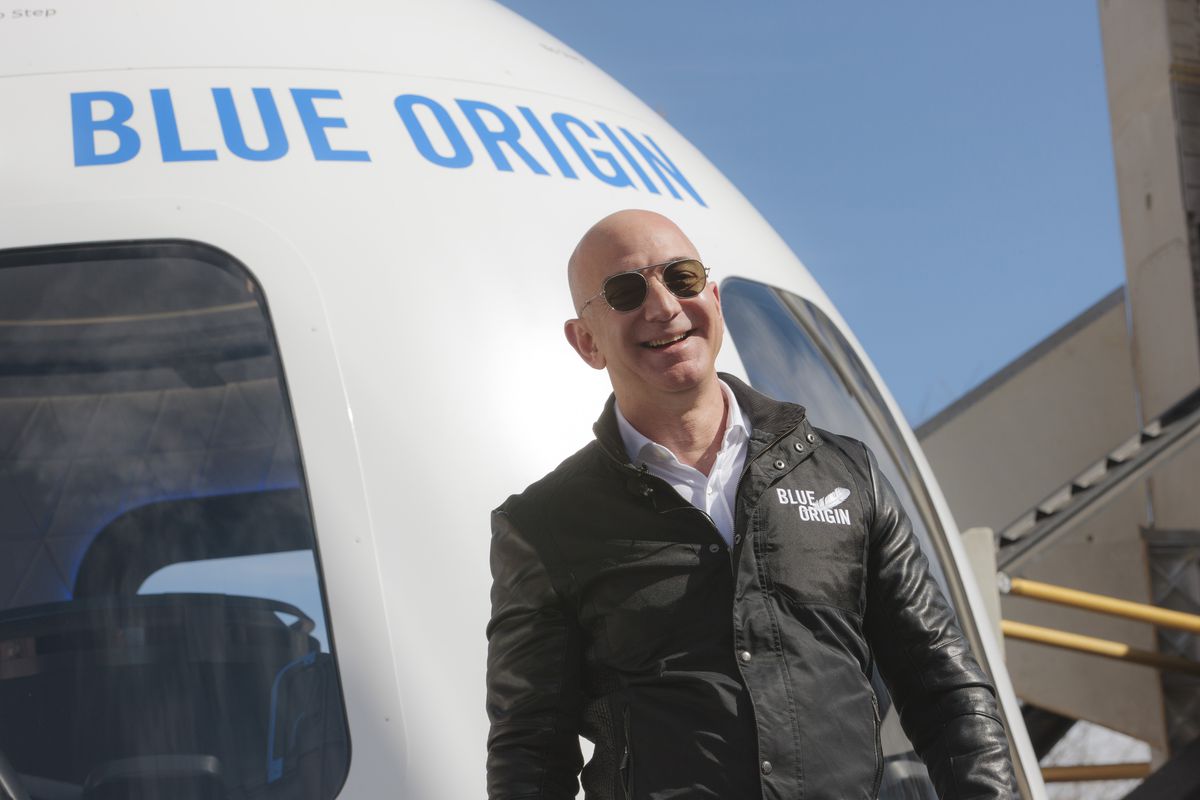 Jeff Bezos is an American business magnate, media proprietor, investor and founder and CEO of Amazon. Jeff is owner of the company Blue Origin and the second person to ride his own rocket into space, after Virgin Galactic’s Richard Branson by nine days.

Mary Walace Funk, called Wally Funk, is an 82-year-old American aviator and ambassador of Goodwill. She was one of the Mercury 13 among the women tested for mercury astronaut training in 1960 and 1961. She was the first female air safety investigator for the National Transportation Safety Board and first female civilian flight instructor at Fort Sill in Oklahoma, She was also the first female Federal Aviation Agency inspector.

Mark Bezos, 53-year-old father of four children, is  a businessman, marathon runner and a volunteer firefighter who aims to make a difference in the world with his generosity and kindness. He is the youngest sibling of Jeff Bezos. He graduated from high-school in Norway. He runs his own private company, HighPost Capital in New York and he serves on the boards of multiple technology companies and as a director of the Bezos Family Foundation.

Oliver is a 18-year-old high school graduate from the Netherlands. He will be continuing his studies at the University of Utrecht in the field of physics and innovation management. He is the son of millionaire Joes Daeman, CEO of Ducth investment company Somerset Capital Partners. Oliver is the youngest person to travel into space.