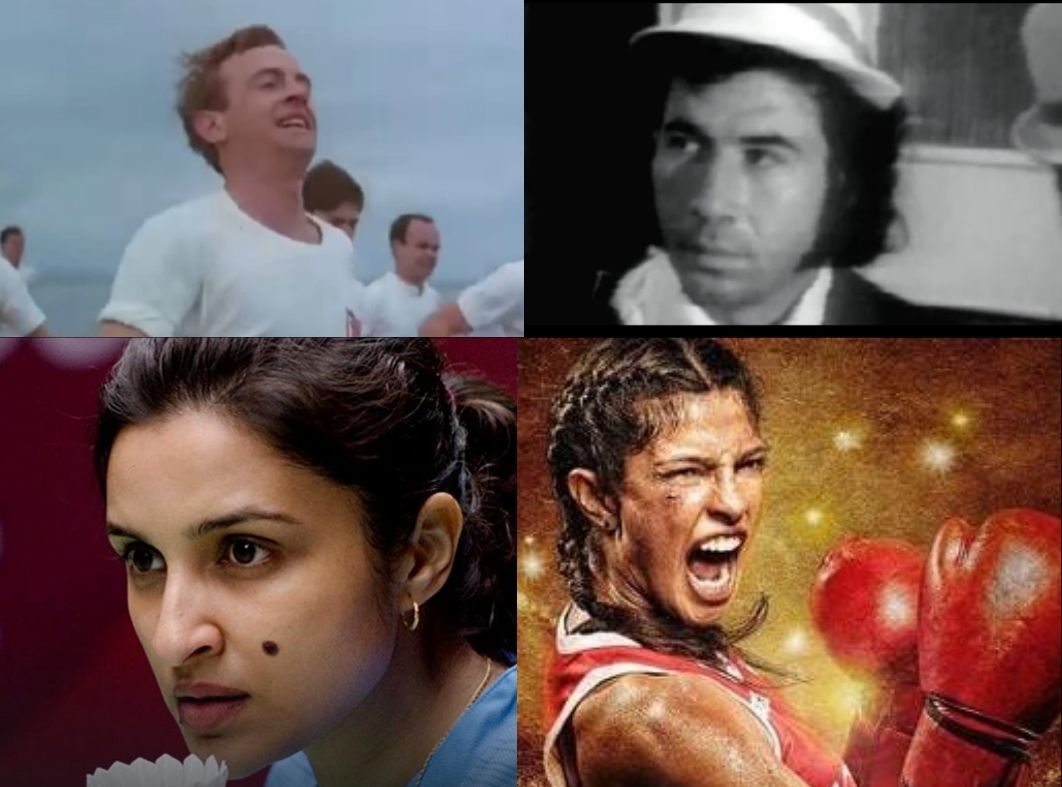 The Tokyo Olympics, which was initially scheduled last year in 2020 but was delayed due to the pandemic, is finally here. It will commence from July 23 2021 till 8 August 2021 in Tokyo, Japan.

Sports produce spectacular dramas that can be turned into equally thrilling screenplays and treat us with exceptional films. With the Olympics season ahead, here are some Olympic theme-based films for you to binge-watch.

Saina is a Bollywood film based on Saina Nehwal, a professional badminton player. She has won over 24 international titles, which include 11 superseries titles. She is the only player to be ranked at World’s No. 1 in 2015. The film talks about her journey. The film starring  Parineeti Chopra premiered on Amazon Prime on 26 March 2021 and was directed by Amole Gupta.

The film was based on the life of Milkha Singh, an Indian athlete, who not only unturned all the stones in his path but also became the only athlete to win Gold at 400 meters at the Asian Games and as well as at the Commonwealth Games. The film was made in 2013 as a tribute to one of the most iconic athletes of India. He was popularly known as The Flying Sikh. Unfortunately, the celebrated athlete left us last month. The film is available to watch on Disney+ Hotstar.

In 1972 in Munich Summer Olympics, nine-player were taken hostage by Palestinian Terrorists and two were killed. Later, other hostages were also killed after a failed rescue attempt. The Israeli government later ordered strategic, secretive retaliations for those responsible. Steven Spielberg’s Munich was released in 2005 and was adapted from Vengeance. The film reflected the true events that happened that day and was nominated for Academy Award for Best Picture, Golden Globe Award for Best Director, and many more. The film can be watched on Netflix.

Mary Kom, played by Priyanka Chopra, was a real-life based film on Indian boxer Mangte Chungneijang Mary Kom. The film was based on her struggle to win gold in the Olympics despite her father’s disapproval. She followed her passion to become World Boxing Champion and won five times in a row. She was the only Indian woman to qualify for boxing in Olympics in 2012. She is ranked No. 1 in AIBA World Women’s Ranking light Flyweight category. You can witness her journey on Netflix.

This is one of the best sports films. The story revolves around two British athletes who were a part of the 1924 Olympics held in Paris. The story reflects the victory over one’s ordeals and it explores the appeal of the Olympics and depicts the origin of the current competitive form. The film is available on Netflix to watch.

The growling biopic is based on the life of legendary Jesse Ownes and how he won Gold in the 1936 Olympics in Berlin. The film encapsulates his journey from his university days to the start of his sports journey with coach Larry Synder. He faced many difficulties like racial discrimination but still outshined, and won the Olympics. The film is available on both Amazon Prime and Netflix.

The film stars Akshay Kumar in the lead and is based on the post-independence era, about the manager, Tapan Das of the Indian hockey team, who wins a gold medal in the Olympics.