Fact Check: Do State Governments Get Benefitted The Most From Rising Petrol Prices? Here Is The Truth | Newsmobile
Sunday, August 14, 2022

Home NM FACT CHECKER Fact Check: Do State Governments Get Benefitted The Most From Rising Petrol... 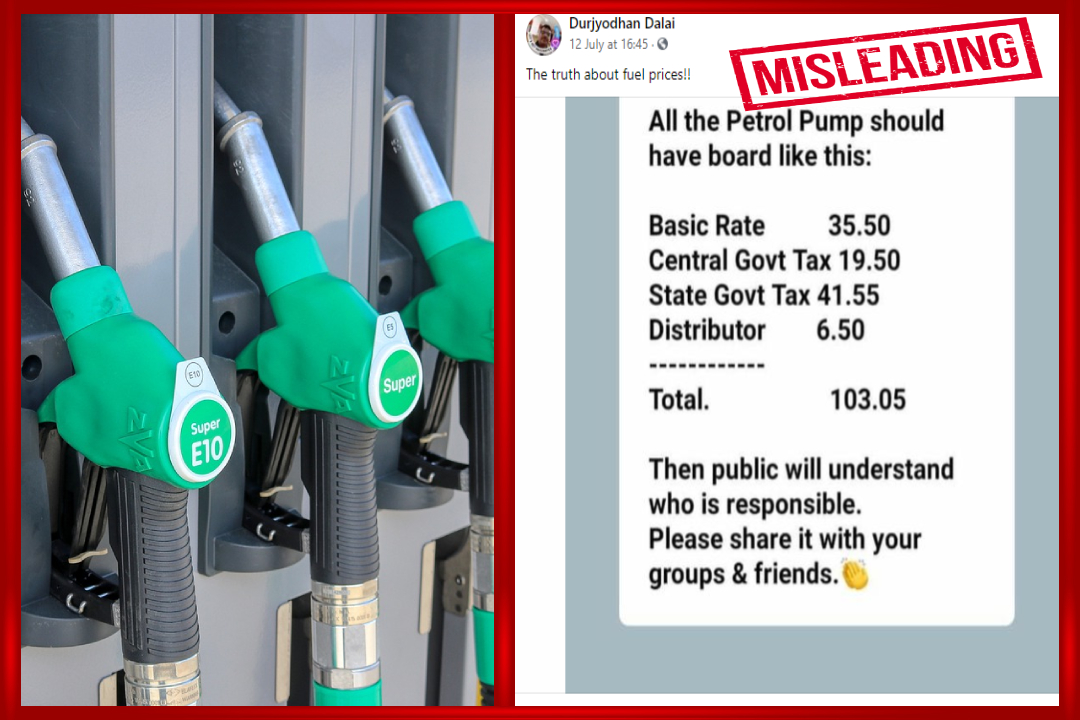 A post is viral on social media that insinuates that the hike in petrol prices benefits the State governments far more than the Central government. 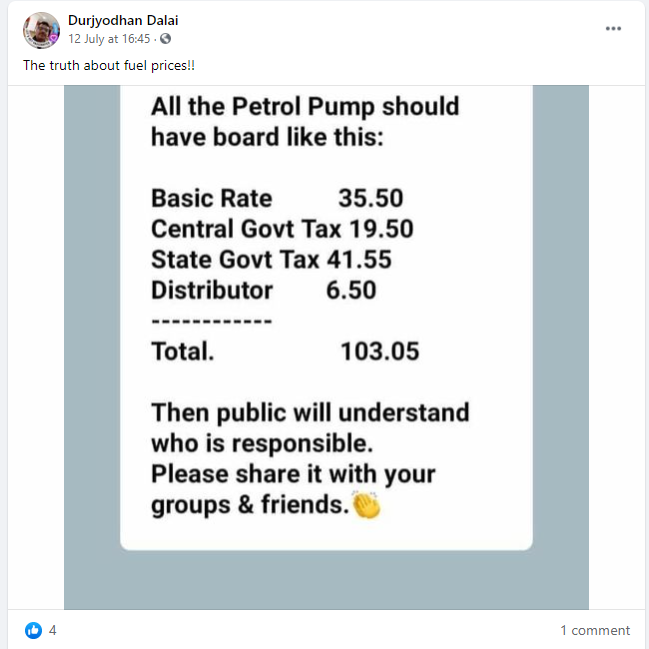 NewsMobile did a fact-check and found the viral claim to be misleading.

On searching with the keywords, ‘tax distribution between state and centre on petrol’ we found an article published by India Today on February 22, 2021. 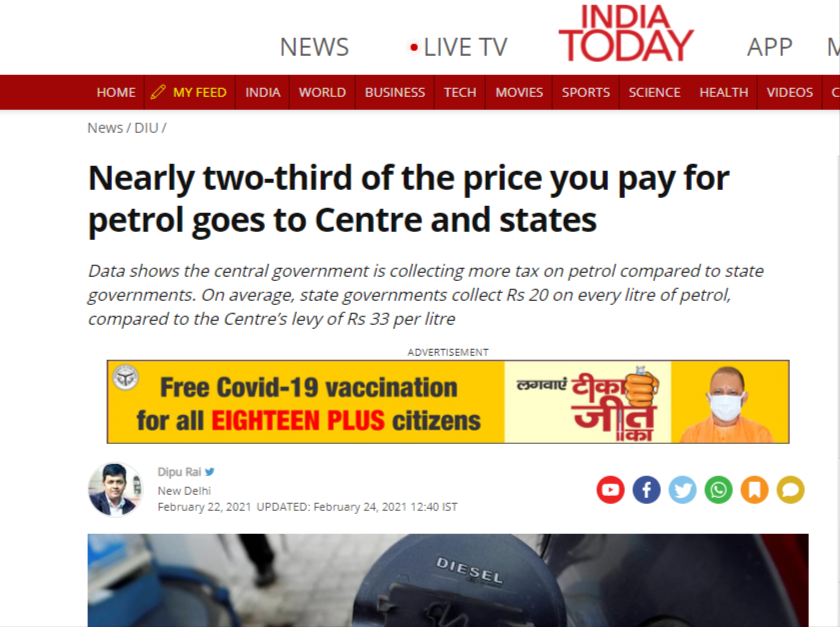 The article mentioned that nearly two-thirds of the taxes that we pay for purchasing petrol goes to the Centre and states. The report said, ‘On average, state governments collect Rs 20 on every litre of petrol, compared to the Centre’s levy of Rs 33 per litre.’

The report said that Madhya Pradesh (MP) observed the highest petrol price (Excluding Union Territory) on July 12, 2021, at INR 104.01 per litre and Andhra Pradesh (AP) saw the lowest price at INR 88 per litre. 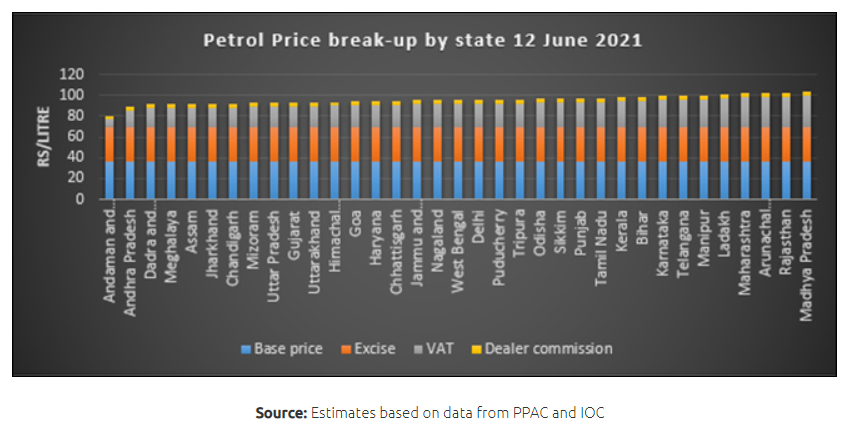 On further searching, we found a document mentioning the price build-up of petrol in Delhi at retail pump outlets of Bharat Petroleum Corporation Limited (BPCL) on July 16, 2021. As per the document, the cost of crude oil was Rs 41.39 per litre. Excise duty levied upon it was Rs 32.90 per litre, Dealer’s Commission was Rs 3.85  per litre and VAT levied is Rs 23.44 per litre.

Data mentioned on the website of PPAC says that VAT levied on petrol changes varies from state to state. The lowest VAT is in Arunachal Pradesh at 6% and the highest VAT is in Madhya Pradesh at 33%.

Hence, we can evidently conclude that the viral claim is misleading.