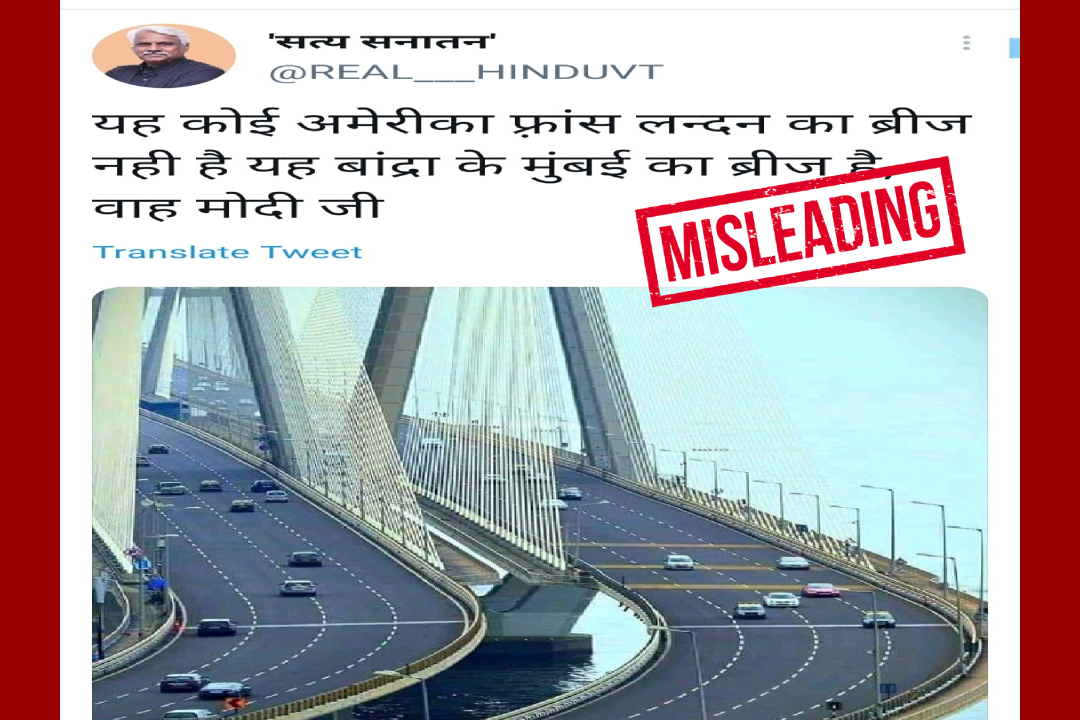 An image of a bridge is going viral on social media with a caption that insinuates that the viral image is of the Mumbai-Bandra bridge, an initiative by the Modi government.

(English Translation: This is not a bridge by of America, France, London, this bridge in Mumbai’s Bandra. Wah Modiji Wah). 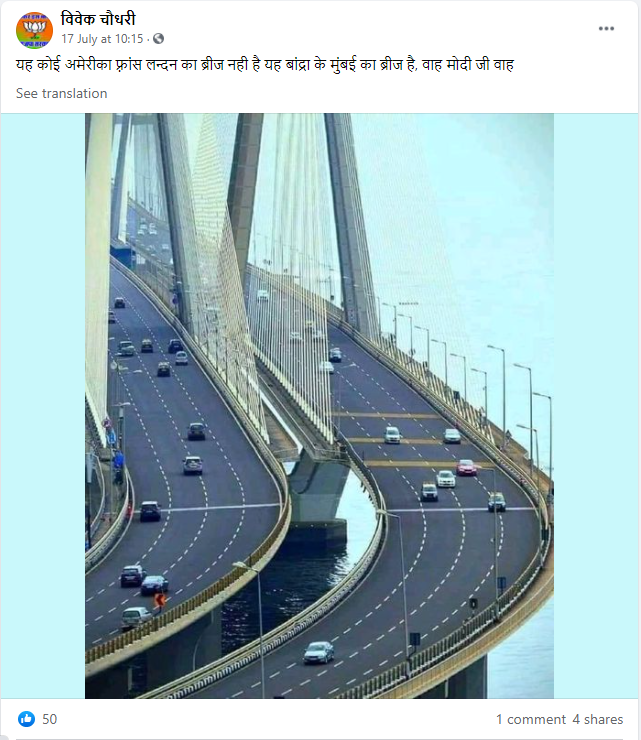 NewsMobile did a fact-check and found the content to be misleading.

We did a Reverse Image Search and found a Twitter handle mentioning that the viral image is of the Bandra Worli sea link, Mumbai. 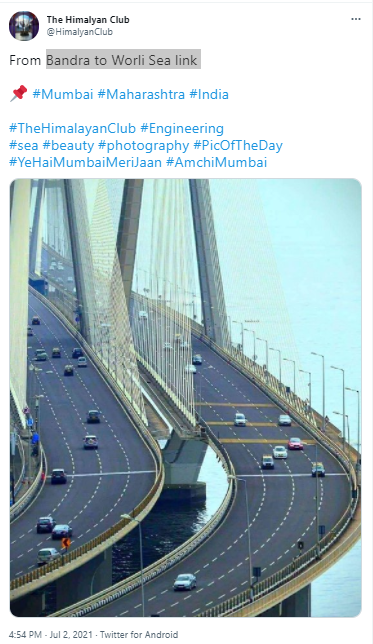 Taking a cue from the above Tweet, we searched with the keyword, ‘Bandra-Worli sea’ link and found many photos of the bridge. From the photos, it is clearly visible that the Bandra-Worli sea link is a bridge suspended with cable wires over the Arabian Sea.

A website, The Constructor also gave a detailed description of the construction of the bridge.

Was the Bandra-Worli sea link constructed during Modi’s Regime?

On searching with the appropriate keywords, we found that India.com had written an article on it. The article mentions that the Bandra-Worli sea link was conceptualised in the late ’90s but faced various public interest litigation by activists, environmentalists and fishermen. However, Supreme Court quashed the petition and its construction started in 2000. The bridge was opened for the public in 2009, but the work was completed in 2010. This bridge is named after former Prime Minister Rajiv Gandhi.

We also noticed that a picture of the bridge was uploaded by Getty Image with the caption, “MUMBAI, INDIA – FEBRUARY 28: Bandra Worli sealink, seen from Worli Fort in Mumbai on February 28, 2010. (Photo by Abhijit Bhatlekar/Mint via Getty Images)” 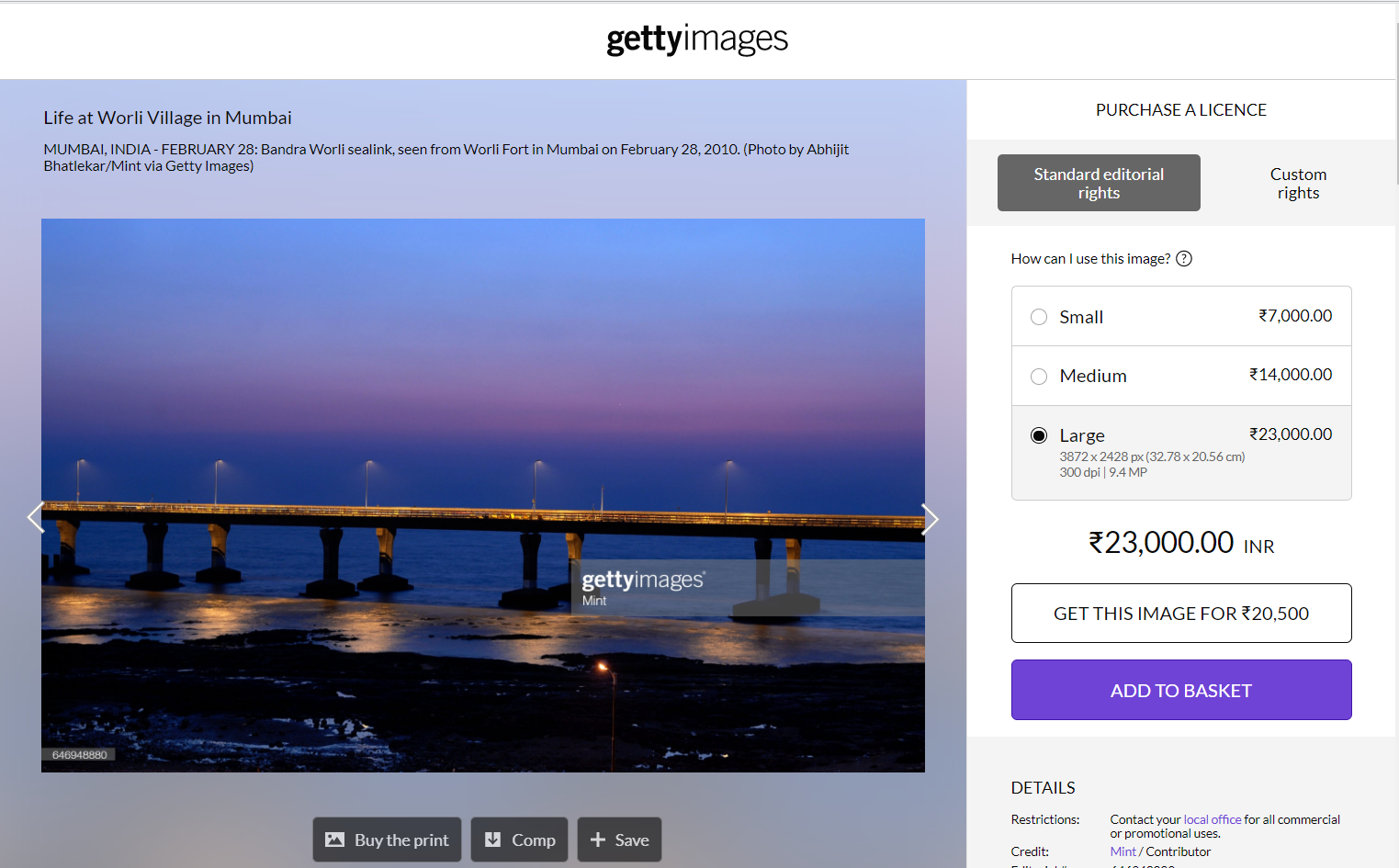 We also found a research article on Bandra Worli sealink that was published in March 2010.

A website Mumbai Tourism mentioned that the foundation stone of the bridge was laid by the then Shivsena supremo, Balasaheb Thackeray in 1999, and the bridge was inaugurated by UPA Chairperson, Sonia Gandhi. The website also mentioned, ‘The sea link was finally opened to vehicular traffic in mid-2009 in June 2009, with only 4 functioning lanes out of 8. The fully functional sea link was opened by March 2010.’

Our current PM Narendra Modi was sworn in as the Prime Minister of India in 2014. Hence, we can ascertain that the viral claim is misleading.