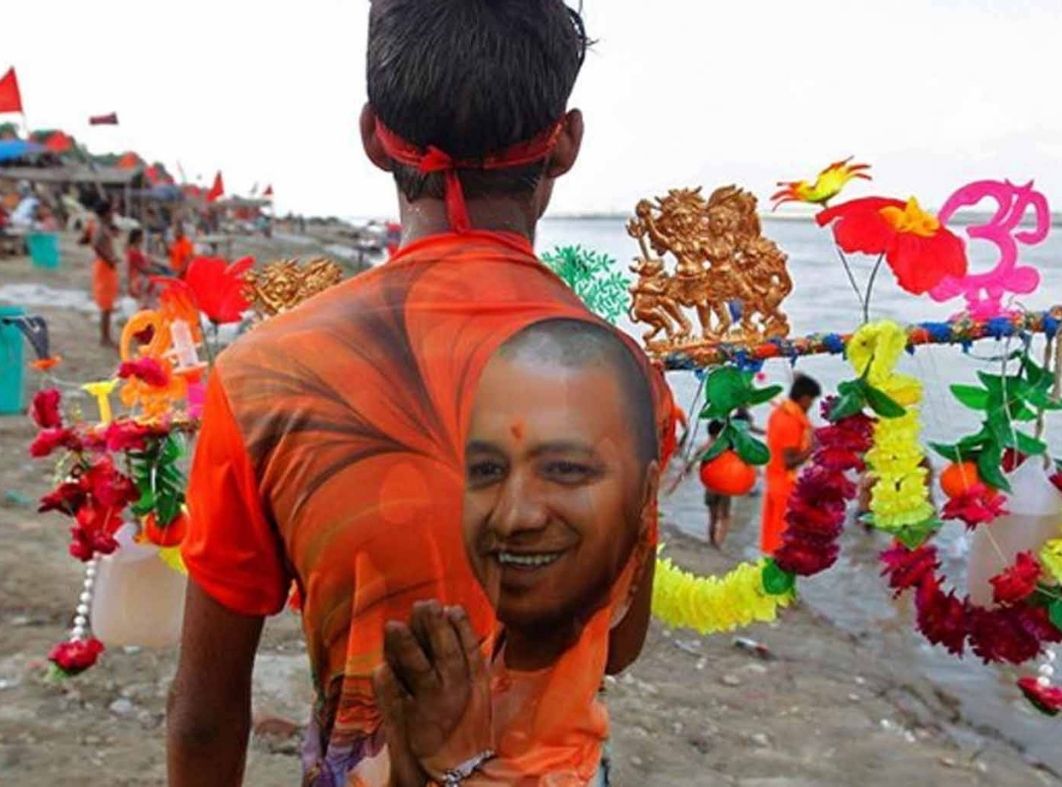 Supreme Court on Monday took on record the Uttar Pradesh government’s statement that it has decided to cancel the Kanwar Yatra this year and closed the case where it took as suo moto cognizance of the state’s decision to hold Kanwar Yatra amid COVID-19.

A Bench headed by Justice Rohinton F Nariman also asked Uttar Pradesh authorities at all levels including police to take a stern view of any violation of COVID-19 norms or attempt to take out any Yatra and immediate action to stop any action that poses threat to the lives of citizens. “It is necessary to close this matter. It is to remind that authorities at all levels when untoward incidents which directly affect lives of the public take place will be looked upon sternly and action should be taken immediately,” said the Bench in its order.

The Bench disposed of the case after Senior Advocate CS Vaidyanathan appearing for the Uttar Pradesh government told the Bench that it has decided to completely cancel the Kanwar Yatra this year, and all Kanwar sanghs have agreed to this in view of COVID-19. This is the second year the Yatra has been cancelled due to the pandemic, said Vaidyanathan, adding that sanghs of various districts have consented that Yatra will be postponed this year too due to health and safety reasons. Last year too the Kanwar sanghs had publicly announced they will not arrange camps.

Vaidyanathan said if at the local level a devotee visits a local temple then it’s no Yatra at all and has to maintain the COVID-19 protocols in place. He added that Delhi and Uttarakhand have already cancelled the Kanwar Yatra.

Last week, the Supreme Court had given the state of Uttar Pradesh time till today to cancel the annual pilgrimage over COVID-19 risks, after the state said that it will hold “symbolic Kanwar Yatra” this year.
The apex court had granted one last opportunity to the Uttar Pradesh government to “reconsider” its decision of holding “symbolic Kanwar Yatra” amid the COVID-19 pandemic while stressing that the health of the citizenry of India and the right to life are paramount.

“We are of prima facie view that it concerns all of us and is at the heart of the Fundamental Right to Life. The health of citizenry of India and Right to Life is paramount, all other sentiments whether being religious is subservient to this basic fundamental right,” Justice Nariman had told counsel of the Uttar Pradesh government. “State of UP cannot go ahead with this. 100 per cent”, Justice Nariman had added.

Uttar Pradesh government had last week told the Bench that a total ban is not practical and we have allowed the Kanwar Yatra in a symbolic manner with a limited number of devotees under stringent conditions. Uttarakhand had said that the State had banned the complete Kanwar Yatra in Uttarakhand.
The Centre had also told the top court that as far as the Kanwar Yatra is concerned, the State Governments “must not” permit movement of ‘Kanwariyas’ for bringing Ganga Jal from Haridwar to the Shiv temples to do ‘Abhishekam’ in the local Shiv Temples view of COVID-19 crisis.

The top court took suo motu cognizance of the decision of Uttar Pradesh Government to allow Kanwar Yatra amid COVID-19 and had asked the Centre, UP and Uttarakhand to clarify their stand on the issue.
The Central government had said that state governments must not permit the movement of ‘Kanwariyas’, however, considering the age-old customs and religious sentiments attached, States must develop a system to make ‘Ganga Jal’ available through tankers at designated locations.

The Centre had further stated in its affidavit that the state governments must ensure that distribution of ‘Ganga Jal’ amongst devotees and rituals to be performed by such devotees in the nearby Siv Temples take place mandatorily ensuring social distancing, wearing masks, and adhering to all steps required during COVID-19 crisis.

The Kanwar Yatra, in which Shiva devotees from northern states travel on foot or by other means to collect water from River Ganga at Haridwar, Uttarakhand, to offer at Shiva temples in their areas, is set to begin from July 25.

Indian Medical Association (IMA) has urged the Uttarakhand government not to go ahead with Kanwar Yatra this year. It, however, has said that a negative RT-PCR test report can be made compulsory for pilgrims if required.