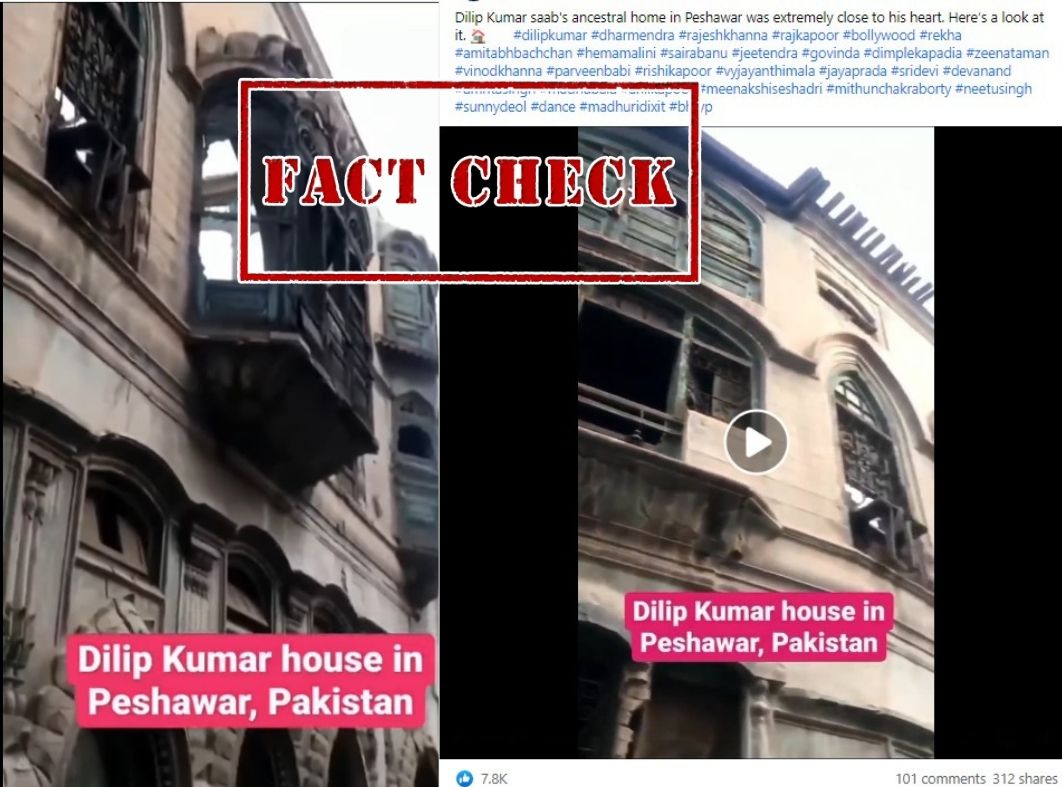 Bollywood veteran actor Dilip Kumar passed away on July 7, 2021. Now, a video has surfaced on social media platforms showing an old haveli with a claim that it is his ancestral home in Pakistan’s Peshawar city.

The video was shared on a Facebook page with a caption, “Glimpse of Dilip Kumar’s house in Peshawar, Pakistan.” 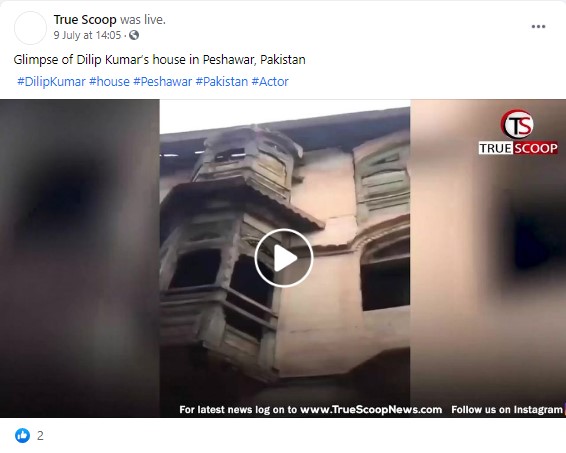 Similar posts carrying the same video can be found here, here, and here.

Dilip Kumar was born in Peshawar in 1922 as Muhammad Yusuf Khan in an Awan family in Pakistan’s Peshawar city.

NewsMobile fact-checked the viral video and found out that the video is being shared with a false claim.

On performing a Reverse Image Search using the keyframes of the video, we found a video report by the Times of India carrying the same viral visuals. The report stated that it is Bollywood actor of yesteryears’ Raj Kapoor’s ancestral house in Peshawar, Pakistan. 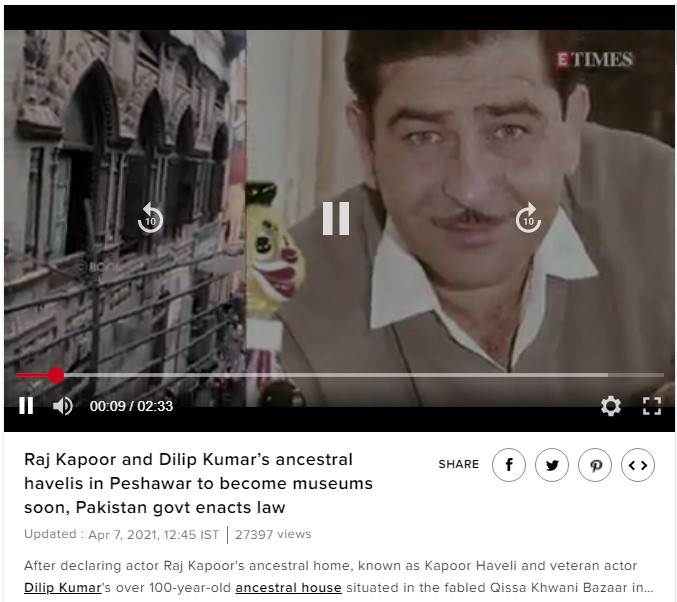 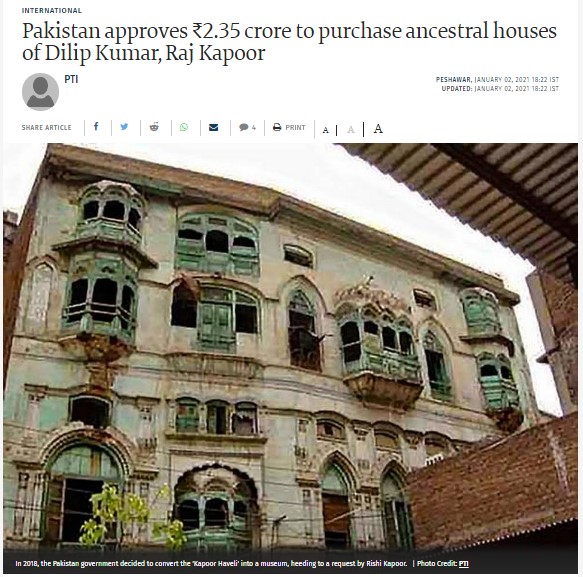 Below is a comparison between screengrabs from the viral video with PTI image of ‘Kapoor Haveli’ carried in The Hindu report. 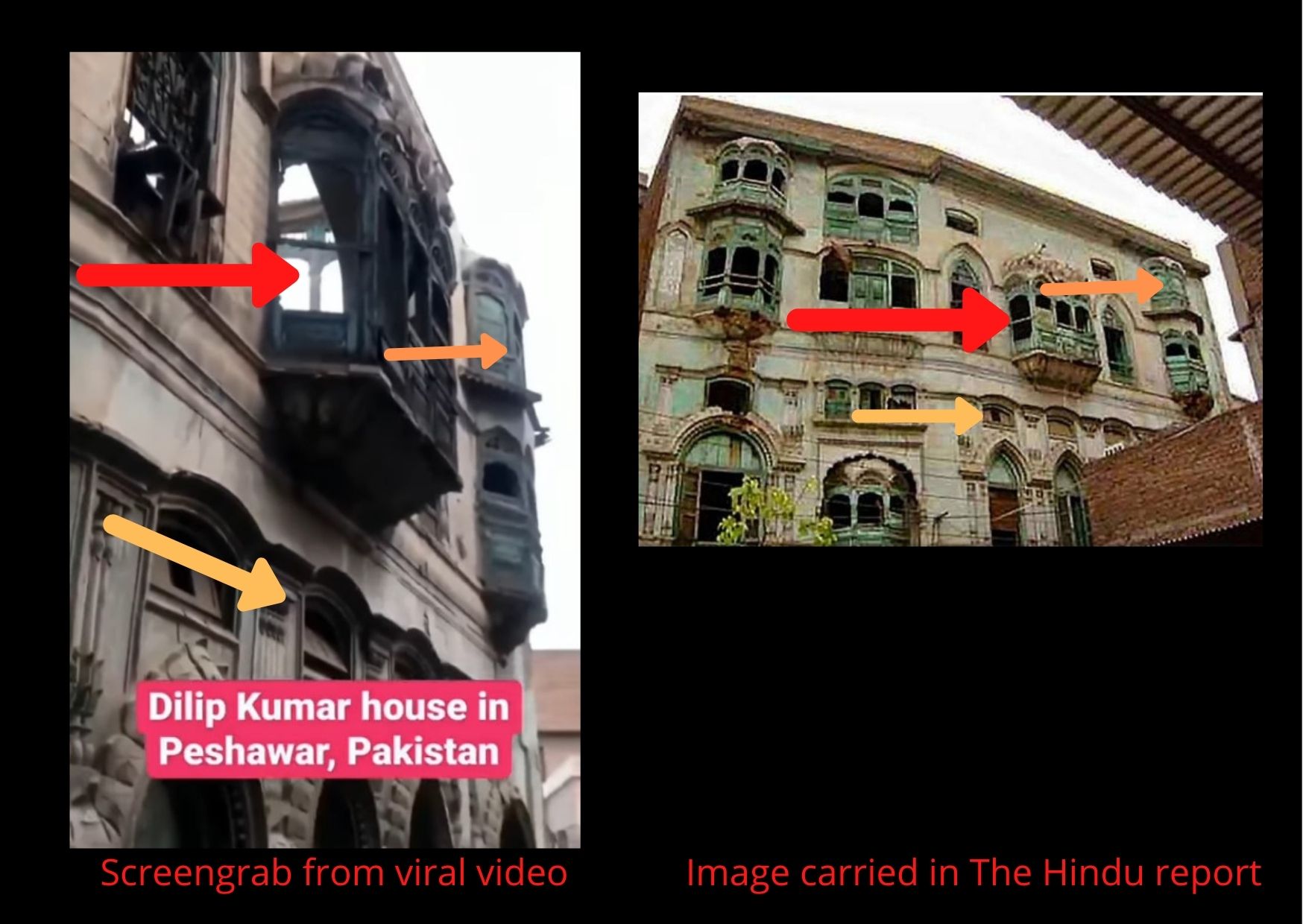 According to the report, in January 2021, Pakistan’s Khyber Pakhtunkhwa (KPK) government approved the release of ₹2.35 crore to purchase the ancestral houses of legendary Bollywood actors Dilip Kumar and Raj Kapoor located in the heart of this city and declared both as sites of national heritage.

Whereas, On September 30, 2020, the official Twitter handle of Dilip Kumar retweeted a few images of his ancestral home in Peshawar posted by Pakistan journalist Shiraz Hassan.

Thank you for sharing this. Requesting all in #Peshawar to share photos of my ancestral house (if you’ve clicked the pic) and tag #DilipKumar https://t.co/bB4Xp4IrUB

Moreover, one can find visuals of both houses in a video report by “The Quint”.

In conclusion, a video of Raj Kapoor’s old house in Pakistan, Peshawar is being falsely shared as that of Dilip Kumar’s ancestral home in Peshawar.