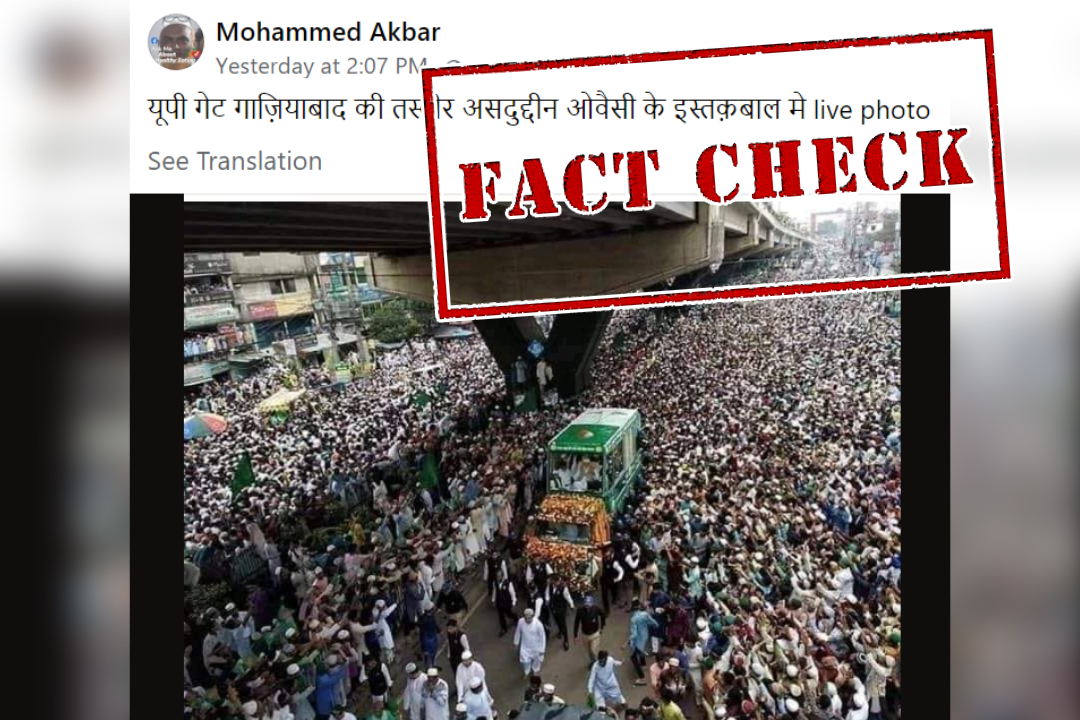 An image of a huge crowd is being shared on social media with a claim that the crowd gathered to welcome All India Majlis-e-Ittehadul Muslimeen (AIMIM) chief Asaduddin Owaisi in Ghaziabad, Uttar Pradesh. The image is being shared in the context of the upcoming Uttar Pradesh Assembly elections which will take place in 2022.

The post is shared on Facebook with a caption in Hindi that translates to, “Picture of UP Gate Ghaziabad live photo in the reception of Asaduddin Owaisi.” 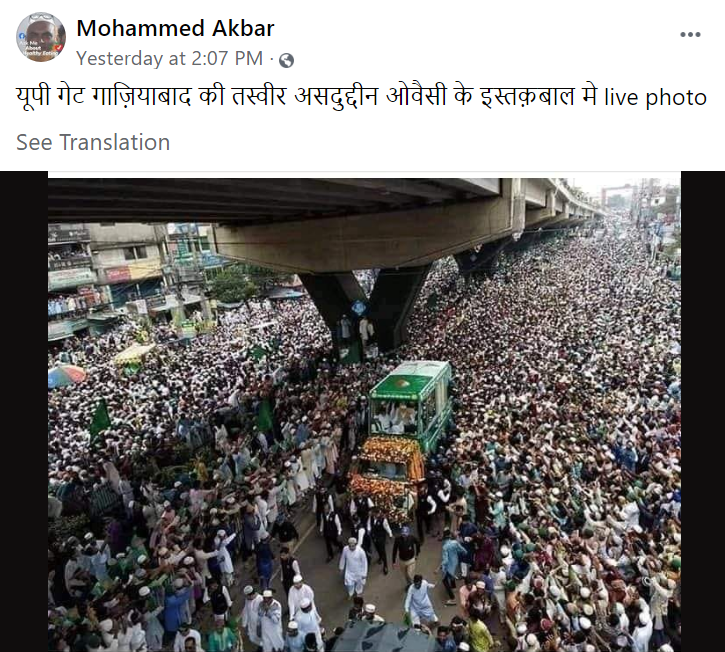 A Reverse Image Search directed us to a video uploaded on a YouTube channel on November 11, 2019. According to the video description, the video is of a  ‘Jashn-e-Julush’ procession in Chittagong, Bangladesh. A screengrab from the video indicated that the viral image is related to the video. 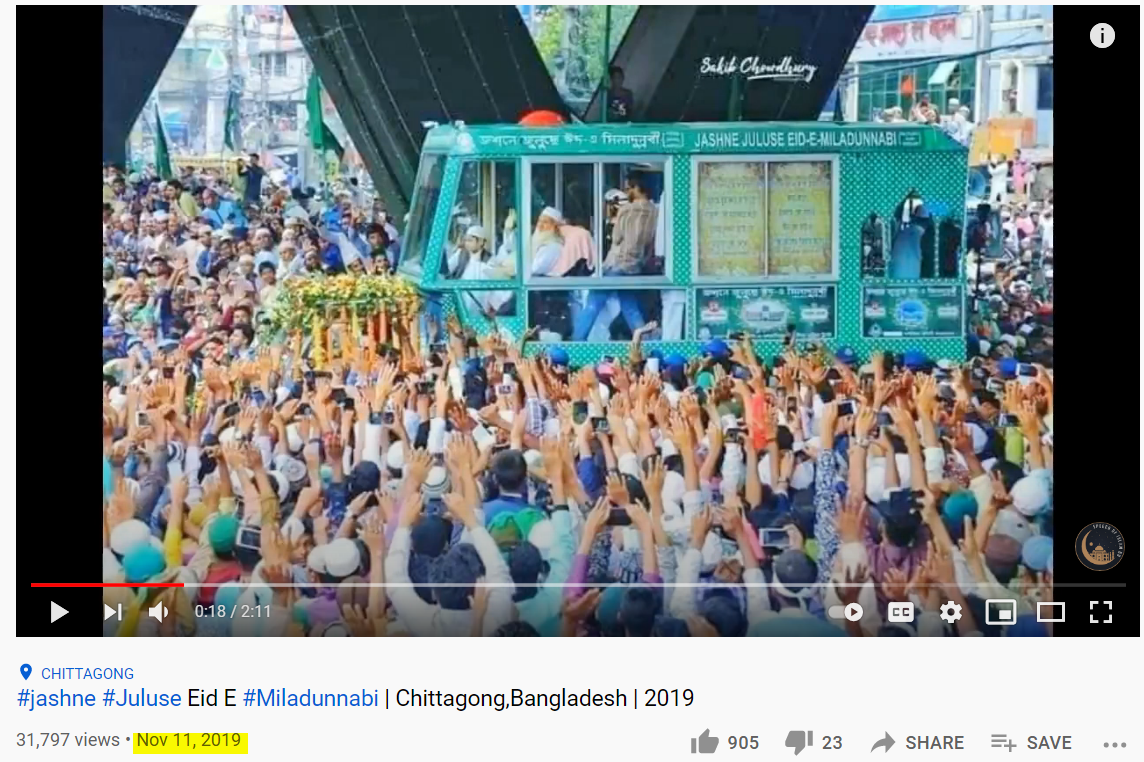 We then compared some screengrabs from the video with the viral image and found many similarities.

In another frame, we noticed that the location of the viral image is the same as seen in the YouTube video.

We also noticed that the viral video has a watermark named “Sakib Chaudhary”. Taking a cue from this, we did a keyword search and found a similar image uploaded on his Facebook profile on November 10, 2019. The caption of the posts reads, “Jashne juluse EID-E-MILADUNNABI 2019.”

Searching further, we found a news report published in 2019 which carried a similar image. The caption of the image reads, “Thousands of Muslim devotees take part in a procession ‘Jashne Julush’ in Lalkhan Bazar area of Chattogram on Sunday to observe the holy Eid-e-Miladunnabi, marking the anniversary of birth and demise of Prophet Muhammad (PBUH).” 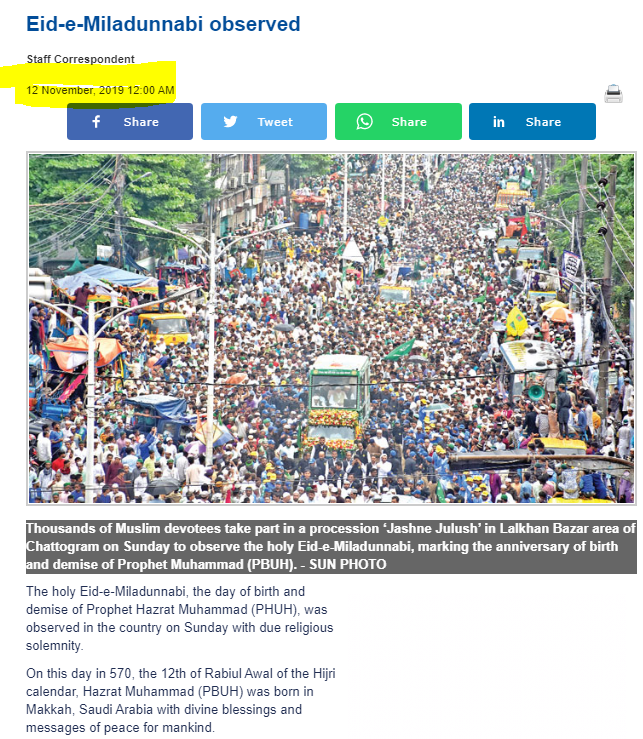 Thus, it is evident from the above information that an old image from the holy procession of Eid-e-Miladunnabi in Bangladesh is being shared as a huge crowd gathered in Uttar Pradesh to welcome Asaduddin Owaisi.