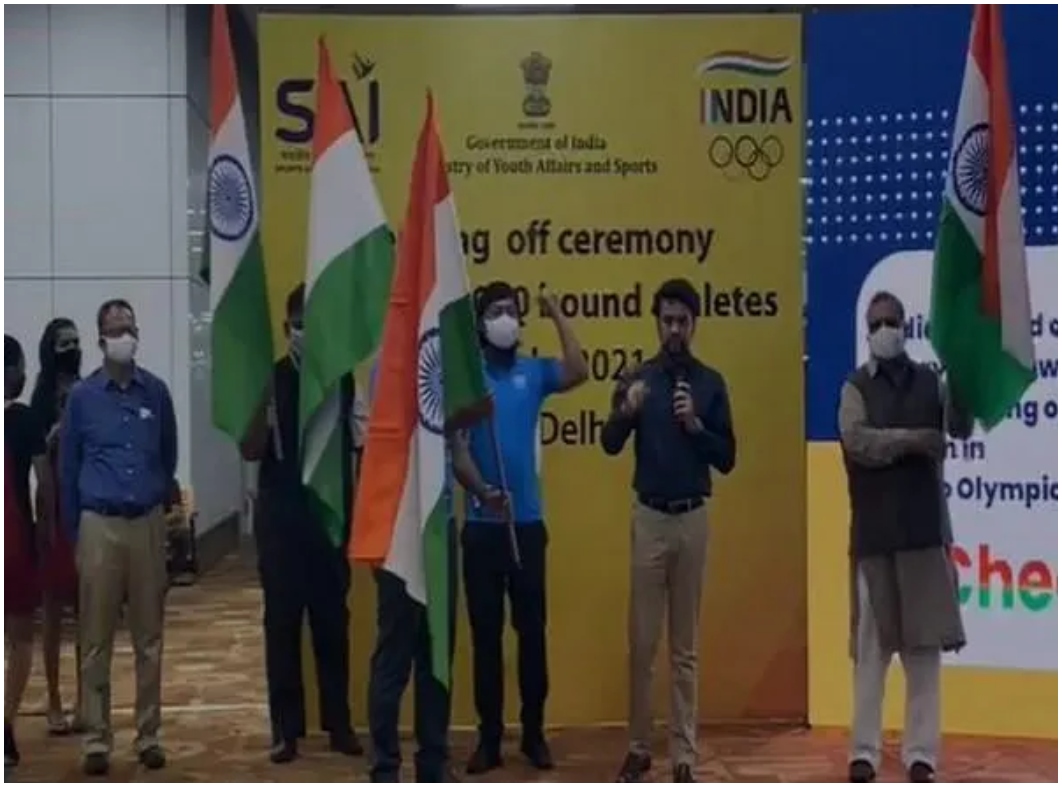 Union Sports Minister Anurag Thakur on Saturday went to the IGI airport and gave a warm send-off to Indian athletes bound for Tokyo to take part in the Olympics beginning July 23.

“I am sure they are going to do well, but there should not be pressure on them. I am sure with the support of 135 crore Indians, they are bound to do well. I hope they will do well at the Games. All of our athletes have done a lot of hard work, and they have done their best to reach here,” he said.

#WATCH | Crowd cheer for Indian players at the Airport in #Delhi as they were leaving for Tokyo, Japan today ahead of #Olympics #Cheer4India #Olympics2020 #Tokyo2020 #TokyoOlympics pic.twitter.com/dUcRHl4RsG

To ensure safety of the athletes, all dignitaries had their COVID tests done and only those with negative reports attended the event at the airport. All social distancing measures were also put in place on the occasion.

A total of 127 Indian athletes have qualified for the Tokyo Olympics, which is a record and is ten more than 117 who had qualified for the Rio Olympics. Meanwhile, the Indian shooting team arrived in Tokyo on Saturday for the Olympic Games.

Samples of the shooting contingent for the COVID-19 test have been collected and they all are waiting for the results. Ace Indian weightlifter Saikhom Mirabai Chanu also reached Tokyo ahead of the Olympic Games.